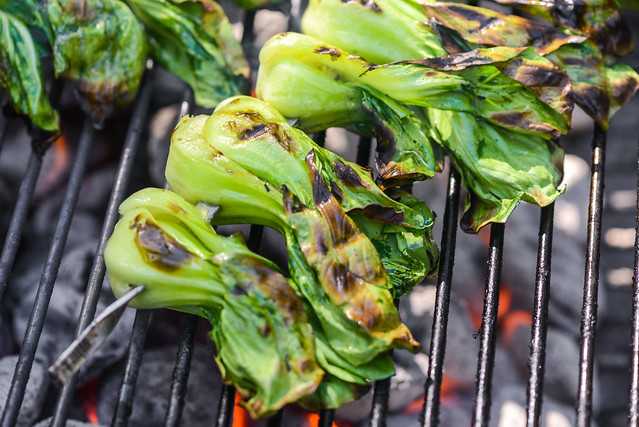 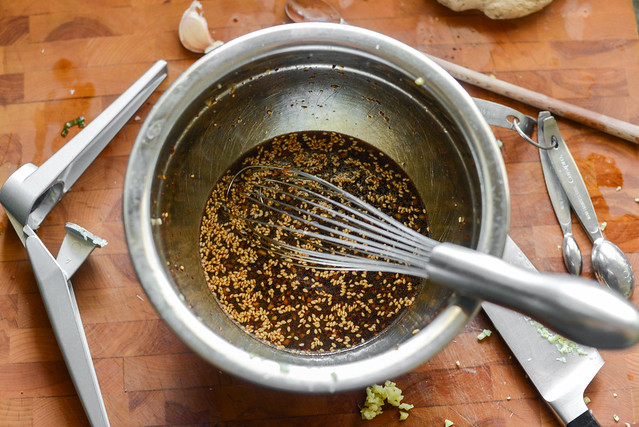 The last time I did a grilled bok choy recipe, I made a very simple honey-soy dressing. I wanted this new recipe to be more layered and complex than that though, so the dressing features a bit more ingredients, but still remains something you can likely put together with items already in the pantry. It was definitely of a Chinese influence, starting with a sweet and savory base formed by soy sauce, sherry, and brown sugar. Then I added in the distinctive bites provided from ginger and garlic, added a double dose of sesame with both sesame oil and sesame seeds, and then finished it with a touch of heat provided by red pepper flakes. 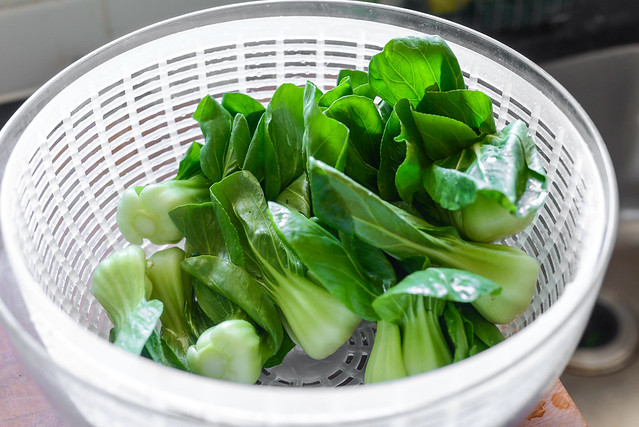 All the bok choy I had done previously utilized of the larger varieties, which I halved and then grilled. That was my plan again, but while at the store, I saw these bags of baby bok choy and thought they'd be a good change of pace and would require even less prep—just wash and dry! 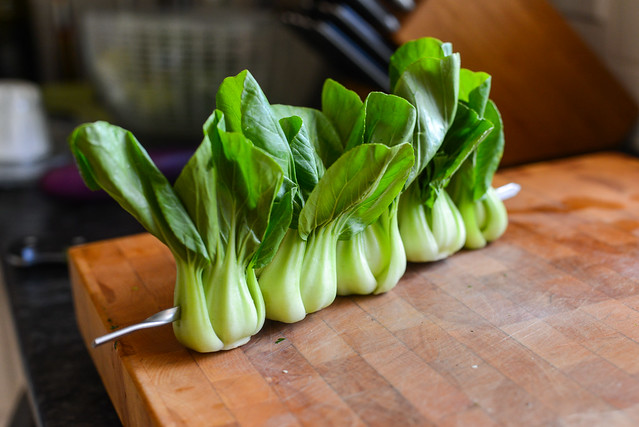 I then got the idea of skewering them, which not only scored some photogenic points, but also would make them easier to manage on the grill. I threaded the bok choy onto the longer, flat metal skewers I have, which I thought would keep them more sturdy than round bamboo skewers. If I had used the bamboo one though, I probably would have used two parallel skewers to increase stability and keep the bok choy from rotating. 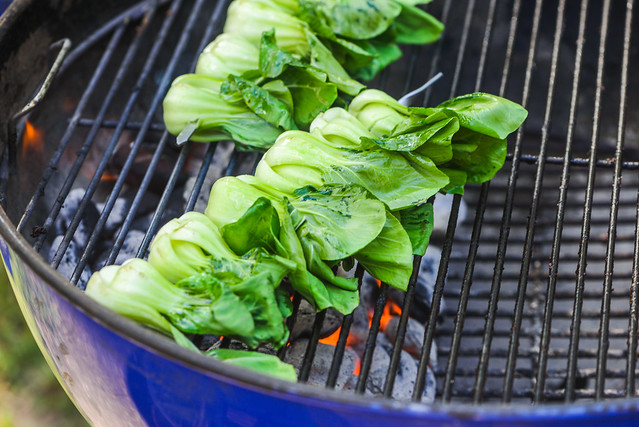 One big reason I keep coming back to cabbage and bok choy is for how quickly it cooks. It can't be overstated how good it is to have an arsenal of recipes than can be executed while a main dish has already been cooked and is resting. The grilling time for this bok choy is literally minutes, meaning you can easily get it done, with time to spare, if you have some steak, chicken, pork, etc, getting their ideal five to ten minutes rest before serving. 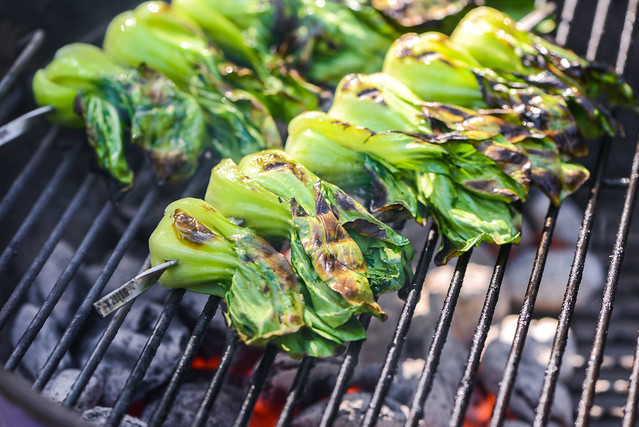 I grilled this bok choy on the first side until the leaves began to char around the edges, which over direct high heat, took just a couple of minutes. I was then able to easily able to flip all the bok choy quickly thanks to the skewers and let them finish up, which meant waiting for char to develop on the second side and the thicker stems to become crisp-tender—this only took another minute or two. 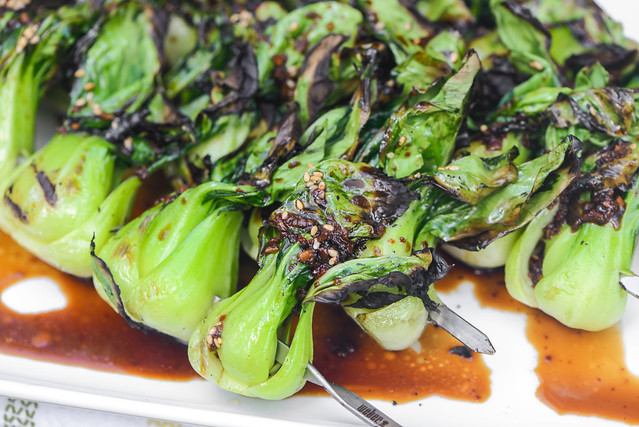 Once done, I transferred the skewers to a platter, spooned on the dressing, and served. While there's something to be said for the extreme minimalism of first bok choy recipe I shared, this one was definitely better in my mind. The more robust sauce gave the side extra complexity that melded with the all textural components happening with the grilled veggie to combine into something that tasted like a lot more work went into making it than actually did. These type of great results with little effort is exactly why I went back to another grilled leafy green veggie recipe, and also why there's likely more coming your way in the future...

A quick to assemble, but complex ginger-garlic sauce gives this bok choy a flavor that tastes like a lot more goes into making it than actually does.