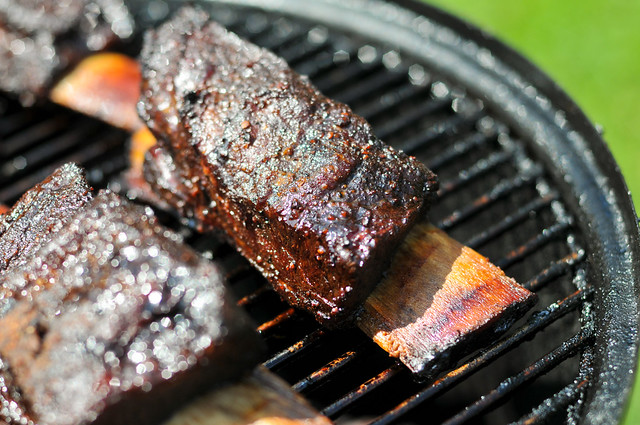 Usually the Superbowl for me is nothing more than an excuse to make as much food to fatten up me and my guests—football is just a side note to the event. Something different happened this year though. Through the post-season, I've entertained and cooked for most of the games and I've found myself more into football than usual, especially with the special surprise the Giants pulled off. So with bigger interest comes loftier goals for food. I was thinking of trading in a batch of wings for pork ribs, but then I thought, why stop there? So I went upward, looking to a bone of meat that can mae a baby back quiver in fear—beef short ribs. 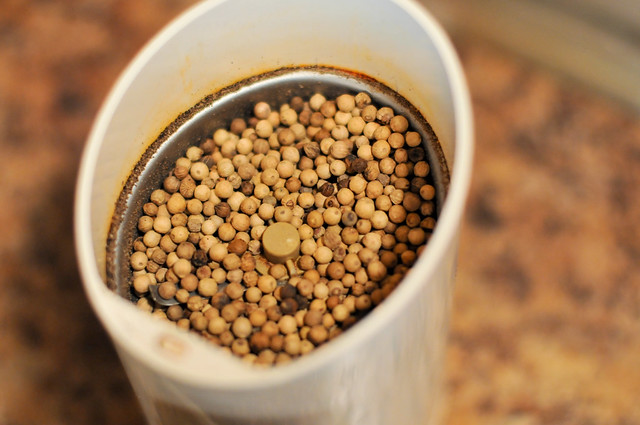 I've been taking a minimalist approach with my beef to superior results. All that beef really needs is salt and pepper, letting the meat puff its beefy chest in a display thats forces attraction. At least that's what I thought, until my good friend and barbecue buddy Nick served me smoked short ribs with an out-of-this world bark. His secret, just a bit of garlic powder along with the heavy hit of salt and pepper. 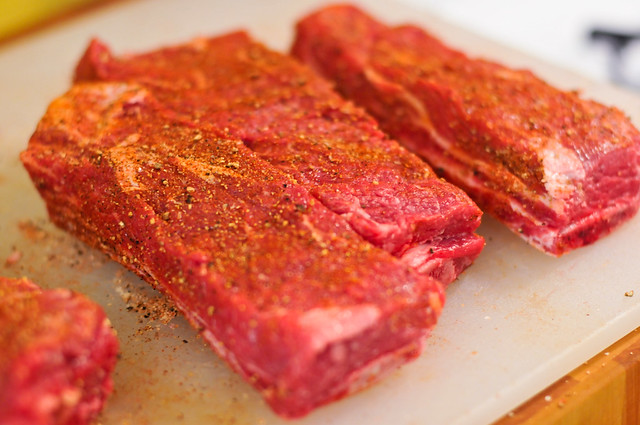 So my short ribs got a similar treatment, rubbed down with a mixture of salt, white pepper, black pepper, paprika, and garlic powder. That's all the pre-game these babies require—there's enough fat to keep them moist through cooking, and enough flavor there's no need for a brine or marinade. 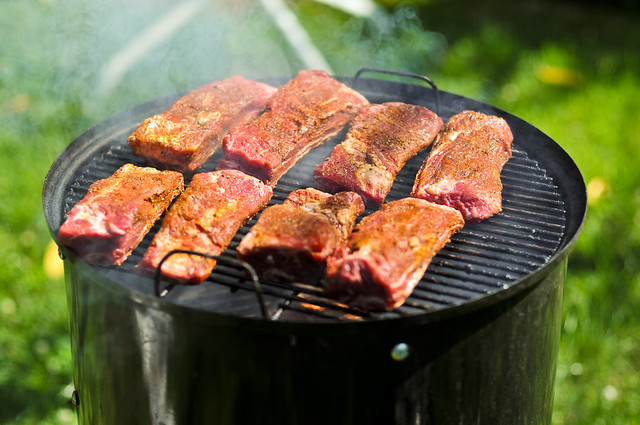 My previous attempts at short ribs were only so-so. Through my mishaps, I learned the extra importance of cooking short ribs until just tender, but not overdoing it—going one way or the other ends up chewy meat that is not so pleasant to eat. 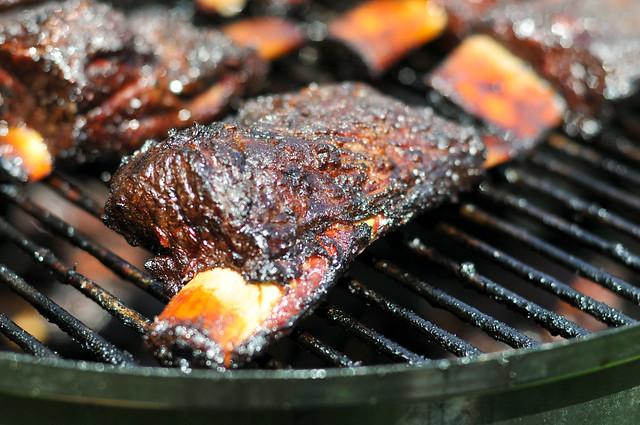 Cooking low-and-slow does afford a nice window though to get this right. My smaller ribs started to be done just after the 4 hour mark, when I pulled the first batch. The rest kept smoking, and after another hour, we pulled off as much as we needed to eat, with still more left on the smoker. Finally, after 6 hours total, the last short ribs were off and still delectable, although much more time than that and they may have started to get dry and tough. 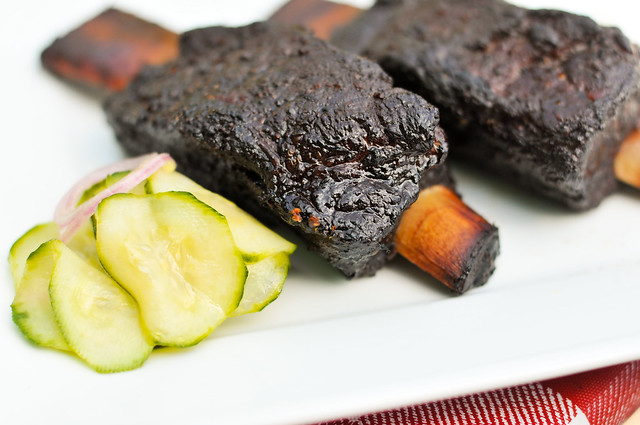 I would like to declare smoked short ribs the official rib of the Superbowl. A game so big deserves something so naturally delicious with huge flavor as these ribs. The simple rub created an excellent bark that was salty and spicy, whose big flavor could only be outdone with extreme beefiness of the meat itself. A smokiness rounded out the flavor department to create one rib that's so dominating that it would even have the Pats running back to Massachusetts in fear (which may just be NY's best play to win the game).

A simple rub creates an excellent bark that's salty and spicy, whose big flavor could only be outdone with smoky beefiness of the short rib itself.