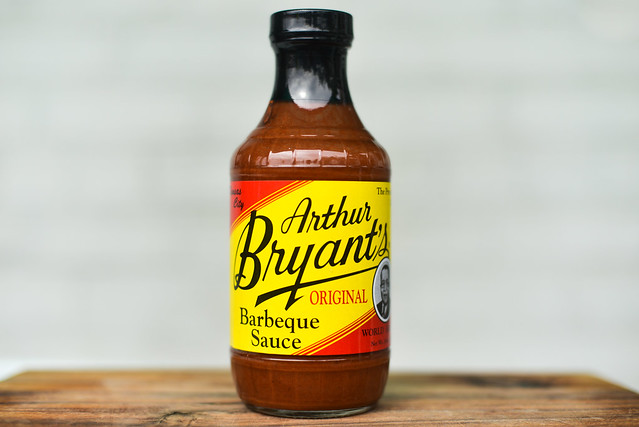 A barrage of spices give this sauce an earthy and spicy flavor that's overly tart, crying out for sugar to bring a cohesiveness to the off balance. 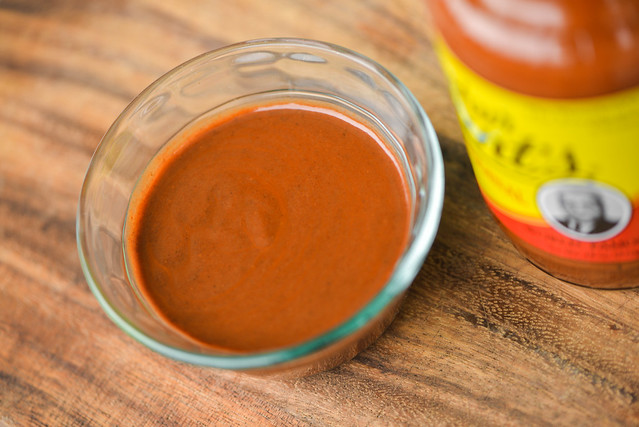 Arthur Bryant's Sweet Heat was one of the first sauces I reviewed, and I remember it fondly. Looking back through my archives, I decided I wanted to revisit some of the sauce producers from my early reviewing days and see how they stand up now that I've worked my way through more than 100 bottles of sauces.

Arguably one of the most famous barbecue joints, most of have probably at least heard of the name Arthur Bryant's. This Kansas City institution has been around over 100 years, starting in 1908 when Henry Perry began selling barbecue in the Garment District. Charlie Bryant was under Henry's employ when the store moved to its current location in the 18th Street and Vine neighborhood. During these formative years, Charlie's brother Arthur paid him a visit and never left. Following Henry's death, the business switched hands to Charlie, and then later to Arthur after Charlie's passing. Arthur took the time to really perfect the smoked meats and sauces that still continue on today.

This sauce has a strong spiced vinegar aroma. It smells like a complex and earthy pepper sauce, something akin to Frank's Red Hot without as much heat and a less harsh vinegar tang. There's a deep tomato backdrop to it without the sugar, very much hitting on the tomato paste base. Within the barrage of spices, notes such as onion, garlic, and hot pepper are distinguishable, although definitely not the only players at the party.

The rusty orange sauce is mostly smooth, but has a bit of a textured appearance from all the spices and thick tomato paste. Though its opaque, some of these spices can be seen, mostly as black specs of pepper, with the rest blending in with the orange tomato base. From a suspended spoon, this sauce first falls in a fast and steady stream, but then begins to get a little chunky as it slows. Three or four final drips quickly leave the spoon, ending with a medium coating left clinging, whose opaqueness completely masks the silverware underneath.

That load of spices really defines this sauce from start to finish. The fist taste is a mix of earthy spice suspended in a mellow vinegar. As the sauce settles on the tongue, the tartness amps way up to an unpleasant apex, while the tomato comes out and adds depth with no sweetness to balance out the extra acidity. The spices create a gritty texture that lingers as the sauce begins to leave the tongue. As this point, more earthiness from the peppers comes out along with heat. It's a very off flavor and leaves an awkward hot and spicy aftertaste. 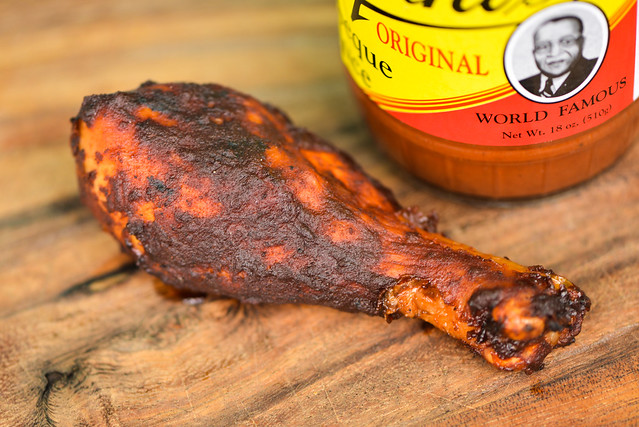 The sauce coated the chicken evenly and baked down very well. Too well in fact, as all the moisture left the sauce and created a dry spice coating on the leg. The crust remained unchanged over direct heat, with no burning or burn off. As the looks implied, there was no real sauciness to this, it was all spice. Like out of the jar, it was super earthy with a mild heat. The rather off and unpleasant characteristics of the spice mixture remained, making the final chicken leg taste a little dry, confused, and overly complex.

I really want to get a bottle of Sweet Heat again and see how it holds up to my more discerning taste buds now. It's hard for me imagine that an Arthur Bryant's sauce I loved so much had much in common with this original recipe. Sure Arthur Bryant's Original hit barbecue sauces points along the way—tomato, vinegar, heat, etc.—but it did so in such an odd and off balanced manner that it was somewhat unpleasant on the whole. I think more sugar and moisture would fix this sauce, which maybe is why the Sweet Heat worked where this one failed. I've yet to visit Arthur Bryant's, but when I finally do, I'll shy away from the Original recipe and leave my smoked meats bare or use Sweet Heat to ensure I have an optimal experience.