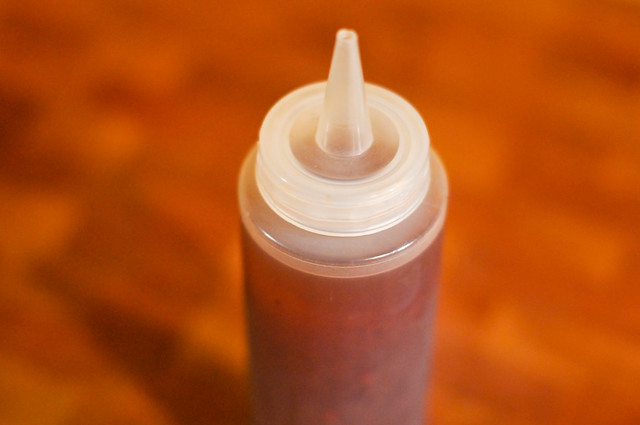 Two years ago I went through a truly transcendent experience, one involving the introduction of vinegar to pork. While visiting two of my most favorite people in world in Eastern North Carolina, it was a given we'd be hitting up some local joints like Allen & Son and Ed Mitchell's The Pit. There I learned, without a doubt, just how well dressed up vinegar could enhance the flavor of barbecued pork.

My instant enthusiasm led me to the purchase of Holy Smoke: The Big Book of North Carolina Barbecue, a tome of all things North Carolina barbecue. Captured within those pages was an original recipe for North Carolina vinegar sauce, which I made during my next pulled pork cook, and with just a little cut down on the salt, it tasted pretty good to me.

Little did I know that the evolution of the sauce had come such a long way from that dated recipe, and Serious Eaters let me know it in no uncertain terms. With the breadth of comments that post elicited, I've been able to piece together and refine a sauce that I finally feel confident enough is in proper shape to present to the finest smoked swine and the interweb masses at large. 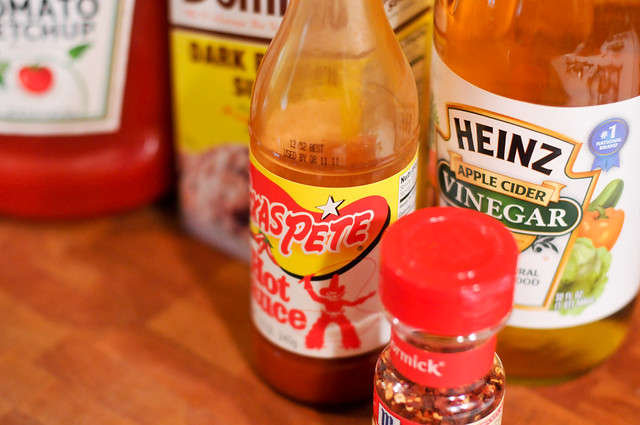 From my original post, where the recipe called for only four ingredients—cider vinegar, crushed red pepper, ground black pepper, and salt—I've added only three additional. First is dark brown sugar, adding a nice molasses sweetness that balances out some tartness and also deepens the overall color of the sauce. Ketchup is next up, which gives a little redness to look and thickens it up ever so slightly. Finally, and most importantly, is Texas Pete's Hot Sauce. The cayenne based sauce was created in Winston-Salem, North Carolina, and I don't think I could make anything and label it "North Carolina" without adding at least a little Texas Pete. 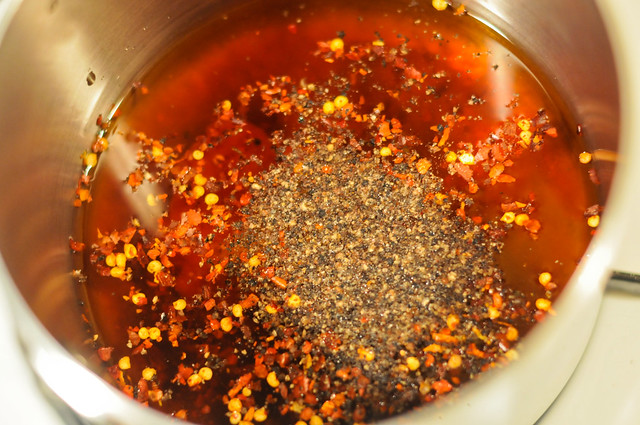 With a couple sugars and salt in the mix, I thought it would be best to give the sauce a quick boil to help dissolve the solids. I believe this step ended up being pretty crucial, since the sauces that got the heat treatment ended up tasting a little more vibrant and cohesive in the end. 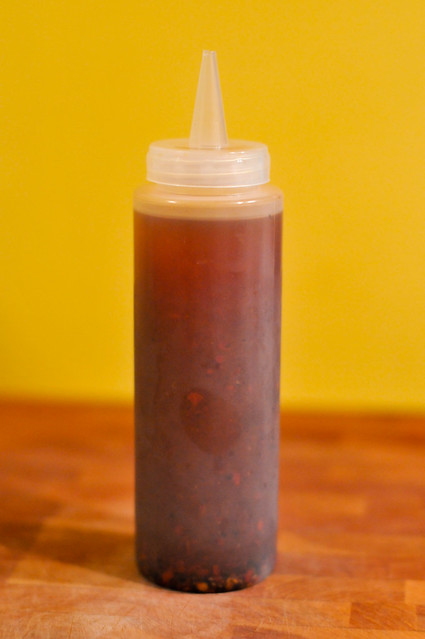 Finally, the vinegar sauce really needs a nice rest to finish it off. After cooling to room temperature, sauces that were refrigerated at least one day ended up having a stronger flavor that was more distinguishable when doused onto to meat. 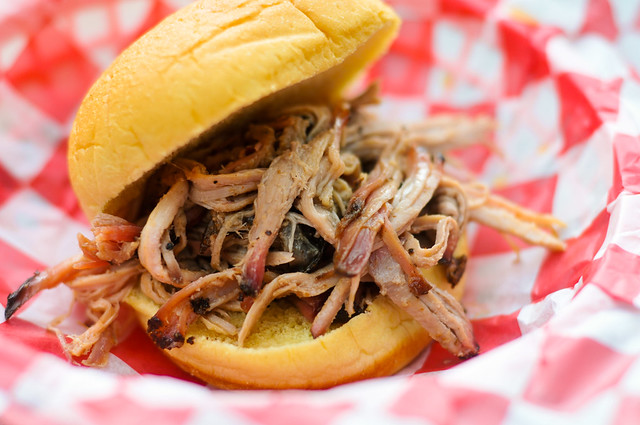 Finally comes the pulled pork, the most perfect pairing for this sauce. I fell in love with the magic it imparted onto some smoky pork in North Carolina and I feel it's replicated incredibly well at home now. Although the sauce is quite strong on spice and tang on its own, when added to the meat, it feels like the natural pork flavor is only enhanced rather than getting a mouth full of hot vinegar. That's the beauty of this sauce and why, after posting a seemingly "wrong" recipe, I took a couple years to refine it to what I now consider its proper state. Not being a North Carolinian though, I still have to ask, "How am I doing?"