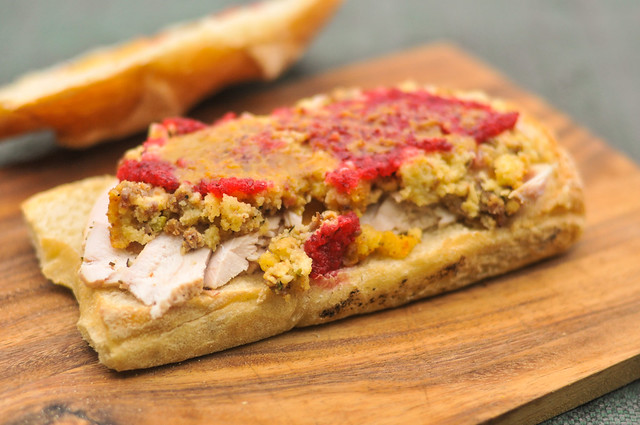 This panini isn't quite as easy as piling everything on a plate and sticking it in the microwave, but it's not far off and a million times better. To make it, I took a cibatta roll and started loading it with one Tupperware stored item after another. First was the cold turkey, conveniently already cut into small pieces. Then cornbread-sausage stuffing, followed by cranberry-apple relish, and finally, thick, gelatinous gravy. 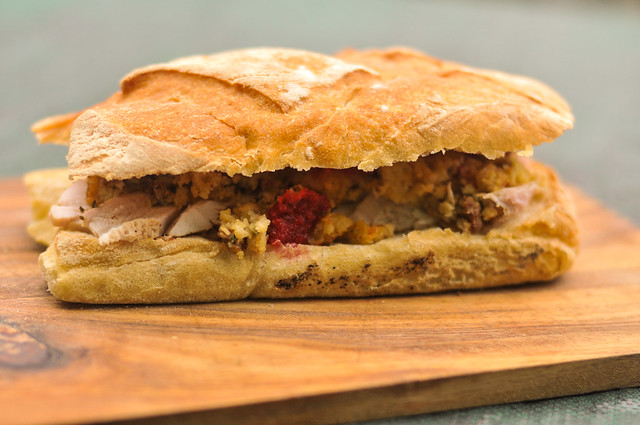 The sandwich wasn't looking too bad so far, but it still wasn't the appetizing hot food I want this time of year. So I took it to the grill to fix it up right. 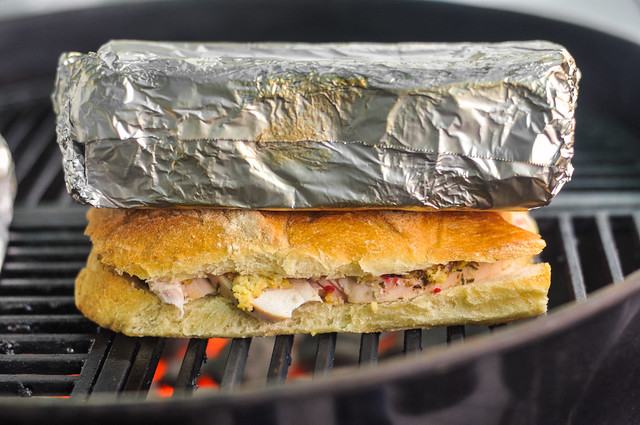 Of course this can be done in a pan or panini press, but the grill gives you ample room to make many sandwiches, plus I just like to use the grill for everything. As I had the grill heating up with a freshly lit coals, I placed a foil wrapped brick over the fire. After the heat dropped a bit to medium/medium-low, I placed the sandwich over the fire, the warmed brick on top, and then covered the grill. 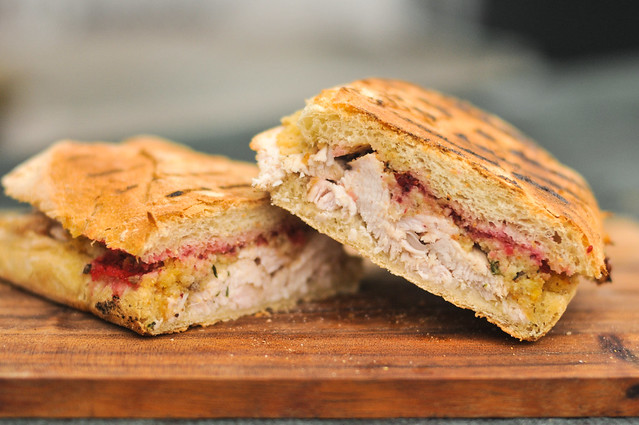 About 5 minutes later I had a hot, pressed sandwich, whose crisp bread awakened my appetite as it crackled when I cut it in half. I have to admit, the resulting sandwich was pretty awesome—it managed to transform those lowly leftovers into something I actively wanted to eat, which is no easy feat. Not only were all of the flavors of the Thanksgiving meal represented, but they came together in an altogether novel way that didn't make it feel like I was rehashing something I had just eaten the night before. I think this is the key for me to start utilizing more leftovers in my life, turn them into something new that's hopefully as good, or better, than this sandwich was.

Nuking a holiday meal past its prime gets old fast, but these grill-pressed Thanksgiving panini turn tired leftovers into something new and exciting.