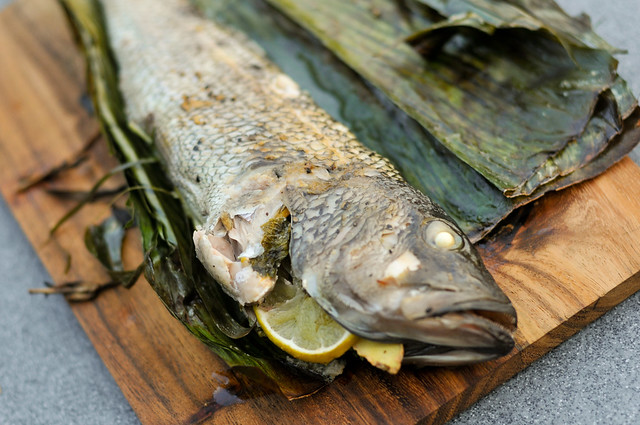 It was around this time last year, in the looming threat of a hurricane, we rushed together a special send-off Meatwave for the two greatest Meatwavers of all time, Lindsay and Brandon. While they've been sorely missed this season, they couldn't resist the draw of the meat and returned over this past holiday weekend to get their meat on. Their homecoming had me reminiscing about that final goodbye Meatwave last year (one of the best ever), and I thought it only right to feature one of the recipes from that night, this Vietnamese-inspired stuffed sea bass. 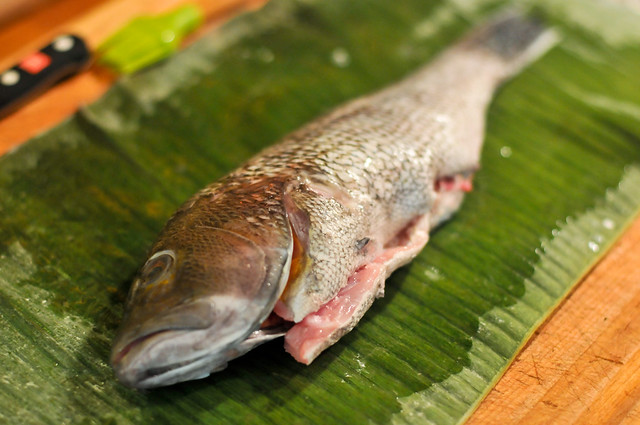 In the wake of a last minute decision to move the Meatwave up a couple days due to a hurricane and preemptive closing of the subway system, I had to think fast of things I could prepare on only a days notice, but were also fittingly awesome for a proper farewell. I had a fancy-pants fish in mind, but in the contraints I was working under, decided instead to do a quick stuffed whole fish and picked up two black sea bass on my way home from work. 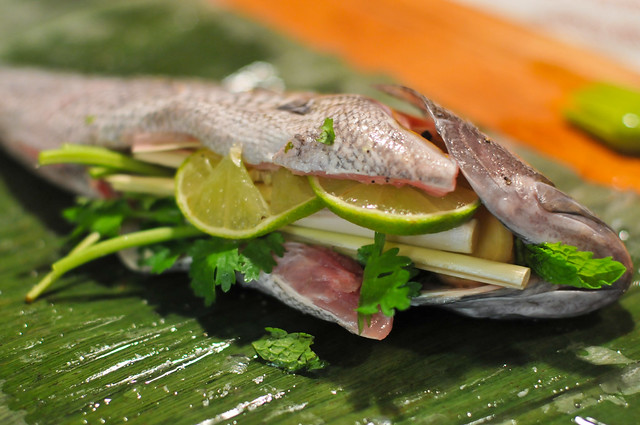 Having a menu of Thai and Vietnamese creations already in the works, it was a no brainer to take ingredients on hand and use them on this fish. The combo I put together was made by design, but I'm calling it Vietnamese-inspired with ingredients like lemongrass, cilantro, ginger, minto, and lime. 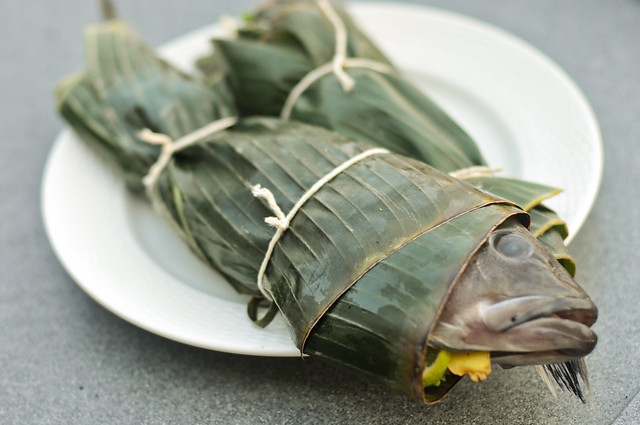 Once those were all packed nicely into the fish's cavity, I then wrapped up these sea beasts in a banana leaf. Not only would the banana leaf avoid the potential messiness of grilling fish directly on the grate, it also created a packet approach, where the fish gently steams, creating the best environment for the aromatics to work their magic. 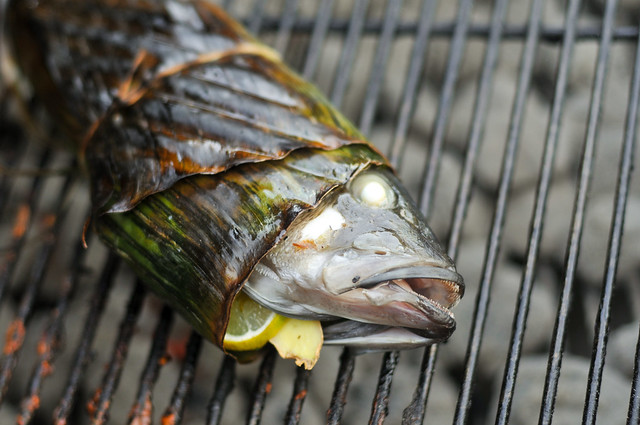 After a 20-minute cook over medium-high heat, the aroma that came from the banana leaf upon cutting it open was intoxicating (that's saying a lot given my personal aversion for seafood). The distinct smells of the herbs and ginger got my mouth watering, and luckily the fish didn't disappoint. 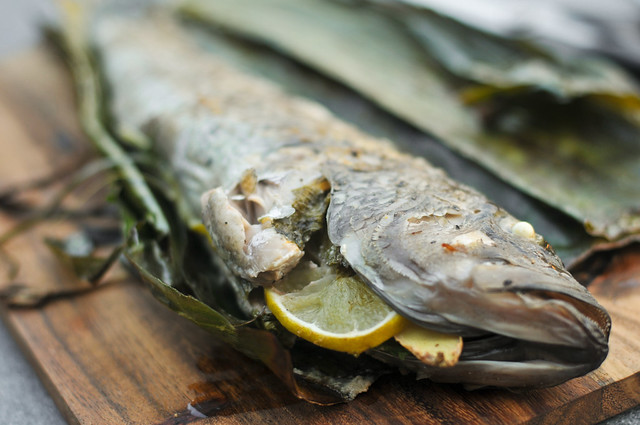 The aromatic stuffing imparted a faint flavor on the light meat, which was incredibly tender and moist thanks to the banana leaf cooking method. While this dish was a last second decision and quickly thrown together, it ended up being one of the first fish I've really enjoyed on its own. I have Lindsay and Brandon to thank for this, since if it weren't for their dedication to the Meatwave over the years, that meaty farewell party last year probably would not have happened and this fish would never have been made.

An aromatic stuffing of lemongrass, cilantro, ginger, mint, and lime imparts a fantastic delicate flavor on a fish wrapped in a banana leaf and grilled.