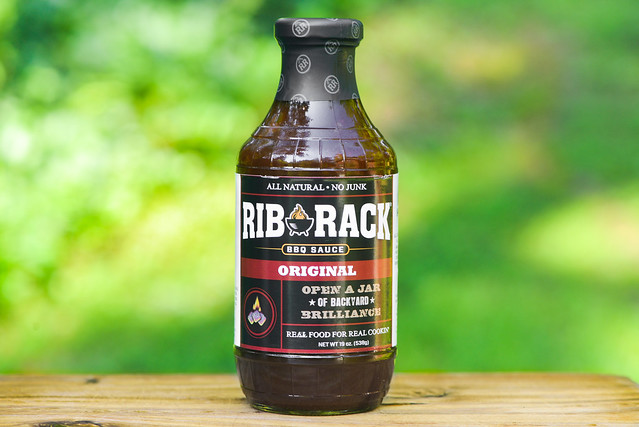 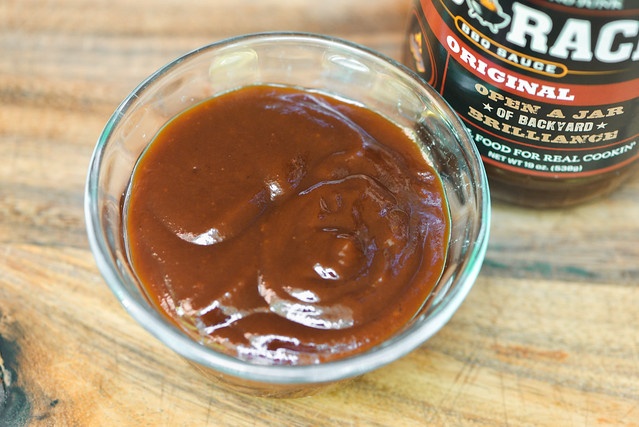 Rib Rack was born when fraternity brothers Mike Owens and Mark Tomas began barbecuing on the steps of their frat house at Central Michigan University. After college, the two both found success in their own separate careers, then came together again 2004 to open their first barbecue restaurant, Rib Rack in Lathrup Village, MI. After that, they added a second location in Waterford, MI. While both restaurants are now closed, Rib Rack is carrying on as a barbecue sauce brand, which boasts five different varieties that focus on simple, natural ingredients and the sauces can be found in an ever growing number of grocery stores around the country.

A familiar barbecue aroma greets you in the first whiff of this sauce with a very ubiquitous sweet and smoky tomato smell. That sugary base has a hearty amount of molasses mixed in to give it depth, and the overall sweetness is well balanced by tangy vinegar and an acidic, rather than sweet, tomato base. Underneath these dominant traits is a light note of onion as well.

The maroon sauce has a glossy sheen and a very smooth consistency. It's opaque, making it hard to really see any spices in the sauce. Its thickness is a just a notch above medium and the sauce falls from a suspended spoon first in one large drip, followed by a steady stream that switches to quick drips after a few seconds. Once the sauce stops releasing, a medium coating of sauce is left clinging to the silverware.

A sweet tomato start gains molasses quickly to give this sauce depth right out of the gate. After a couple seconds of settling in on the tongue, a light tang comes out to contrast with the otherwise sugary profile. Then fleeting tastes of garlic and onion come in before the tanginess gets a small bump up and just the slightest bit of heat works its way in. The sugar is still the most prominent feature, leaving a sweet and tangy tomato aftertaste. 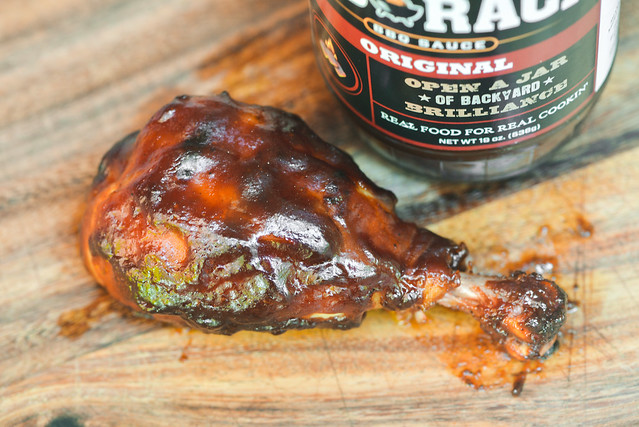 This sauce coated the chicken in medium, uneven layer that didn't fully bake down over indirect heat. When moved directly over the coals, there was some bits of caramelization here and there, but also a lot of sauce loss, requiring a final brushing before removing from the grill and consuming. The sweetness of the sauce was increased after cooking, creating a piece of chicken that primarily had a sugary tomato flavor with some molasses mixed in. The mellow tang from out of the jar was almost gone, and not to be found was any amount of heat.

Sometimes it's hard to know where to start with a new brand of barbecue sauce. Rib Rack has five different recipes, and I've found that often the original doesn't serve as the best of the lot. I'm hoping that's true for Rib Rack because this sauce comfortably melded into the "supermarket staples" category without anything to really make it pop out from the crowd. There was nothing necessarily bad about this sauce, it just delivered the standard sweet and tangy tomato flavor in a way we've all tasted before and probably won't wow, but also will do no harm at the same time. The one notable thing was the sauce tasted less processed and more natural than others you might pull off the shelf, and that can be an important trait. I'm glad this brand has shown up in the grocery stores, because the rest of their line-up sounds more interesting and I look forward to giving them a try soon.