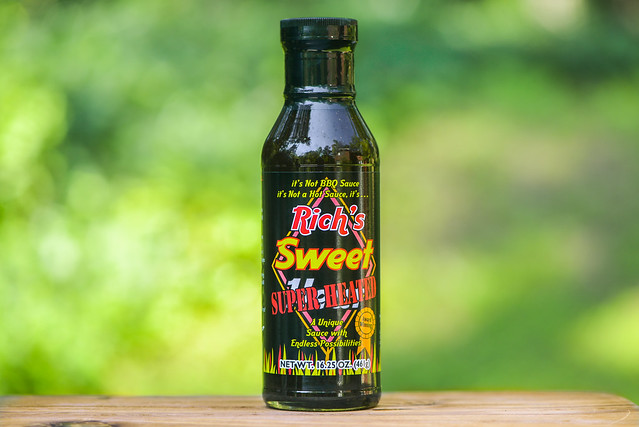 With a super savory and complex base and a healthy hit of peppers, this sauce packs an intense and incredibly unique flavor that's worth seeking out. 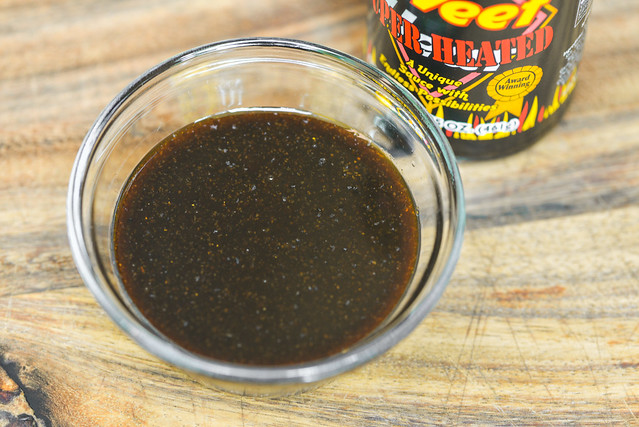 This sauce was birthed by Rich Nassaney back in 1998 for use at his backyard cookouts. It most commonly adorned wings and became a hit with his guests, so much so that friends and family commonly requested to take some home with them and Rich obliged, sending them off with the sauce in plastic bags. After years of sauce creation at home, the mess its production created in the kitchen wore thin on the family, so Rich moved from kitchen to commercial manufacturing. Now Rich produces and sells two different sauces online and in select groceries in Rhode Island and Connecticut and his son, Ryan, has also teamed up in the business.

The first thing to strike you in the aroma of this sauce is its extreme savoriness. Worcestershire plays heavily here, but the foundation is more complex with soy sauce easily distinguishable and adding to the savory quality. The sauce is void of the standard tomato aroma, but there is the common strong sweetness and mild earthy chili components. The spice layer is more complex than pepper though, with notes of garlic being the most notable complimentary spice.

This dark maroon sauce is super glossy and has a slight texture to it. That texture is thanks to a plethora of spices that come in orange, red, black, and white. The sauce has a medium thickness and syrupy consistancy, which leaves it falling from a suspended spoon in a quick pour that's slightly uneven due to all those spices. After a few seconds of falling, the stream changes to fast drips, then a few slow drips before ceasing and leaving a thin coating of sauce on the silverware.

This sauce comes out of the gate packing a ton of complexity. The initial taste is sweet with a very layered savoriness that begins as a mixture of teriyaki and soy sauce, but gains the distinct taste of Worcestershire quickly. It only takes a couple seconds for vinegar and the spices to work their way in, starting with a garlicky and earthy pepper taste that has a slight oniony undertone. Then the chilis begin releasing their heat, which is more intense than the regular Sweet Heat recipe. This made the peppers become the most prominent thing in the aftertaste, rendering a burning tongue with just a slight reminder of the sweetness that came before. 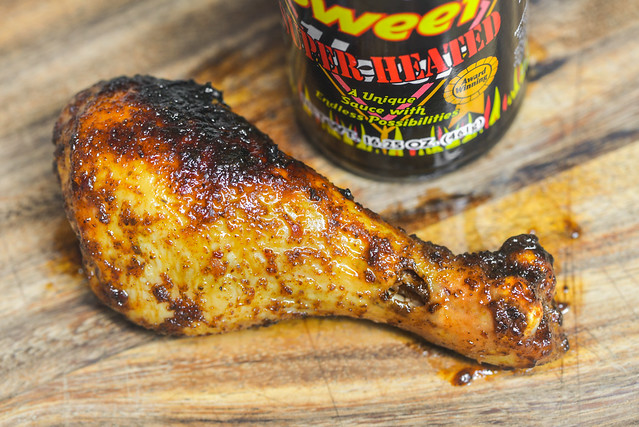 On the first few brushes of the sauce, it looked like only the spices were clinging to the meat, while the sauce slide right off. The leg finally picked up some light color though before it was moved over direct heat, where it caramelized and burnt quickly, but suffered no loss of sauce. After being cooked, the sauce tasted pretty much on par with the original recipe—the sweetness was ramped up, diminishing the extra spiciness. Overall the flavor was sugary with a medium earthy heat, mellow tang, and savoriness. It was a light flavor, which meant the areas of the sauce that burnt ended up actually tasting burnt.

For all intents and purposes, this sauce is the same at the original Sweet Heat with more peppers thrown in. Out of the jar, this makes a noticeable difference in the heat, leaving the mouth burning where the original only created a tingle. The same super savory base made this a wholly unique and interesting sauce worth seeking out. However, since those defining qualities were lessened after being cooked, I think it'll serve you best out of the jar and as a glaze for wings or dip for a wide array of grilled meats.