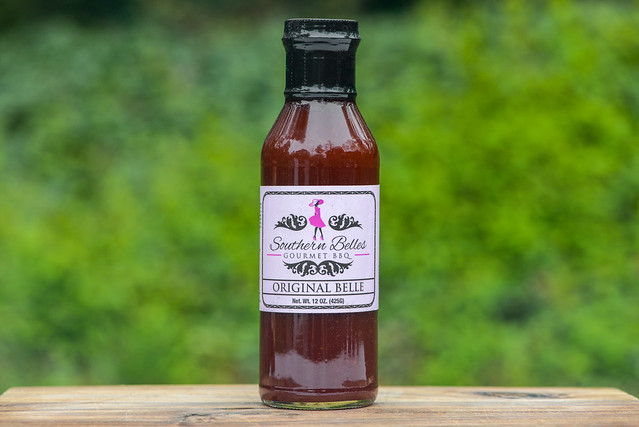 A well balanced and layered all-purpose sauce, Southern Belles Original Belle will suit you well in almost any grilling or barbecue scenario. 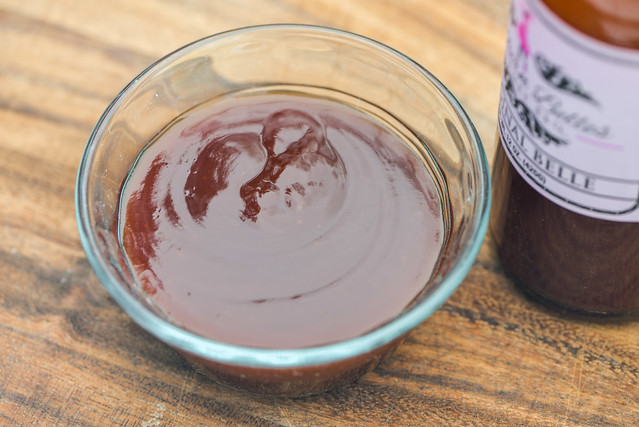 The Southern Belles story started kind of as a fluke. It all began when the grandmother of current owner Jacqueline Brooks tried to reconstruct teriyaki sauce for her husband who became enamored with the Japanese creation while on a trip in California, but couldn't find it anywhere in his home location of Memphis. Jacqueline's grandmother didn't quite get the teriyaki sauce right, but along the way she ended up creating a delicious barbecue sauce that was passed down through the generations and would become the foundation of the Southern Belles brand. Jacqueline has carried on the family tradition and has taken the sauce to the next level with commercial production and expanding the recipe line-up to include eight different recipes, which are produced out of Long Island City, NY.

The sauce starts with a ubiquitous, albeit, understated aroma. The first whiff brings a familiar sweet tomato ketchup smell balanced with vinegar and given depth by way of molasses. There's also the common background spices of garlic and onion with only a slight peppery heat, which struggles to be known amidst a mostly sweet profile.

This light maroon sauce has a glossy sheen and very smooth texture. It's semi-opaque and you can see a ton of spices in white, black, and red small and medium specs. It has a medium thickness and very syrupy consistency. This has it falling in a quick and steady pour off of a suspended spoon. Once most of the sauce has released, the stream changes to a few slow drips and then ceases, leaving a medium coating of sauce left clinging to the silverware.

First taste of this sauce is super sugary and fruity. The bright fruitiness gains a molasses character that was also present in the aroma, and after a second or two of settling on the tongue, a nice wave of vinegar comes in and puts the sugars in check. It's at this time a bit more complexity happens, with the spices adding garlicky, oniony, smoky, and earthy flavors. Then the vinegar becomes more pronounced while a mellow heat builds, all remaining in balance with the fruit and sugar, to create a sweet, tangy, and lightly spicy aftertaste. 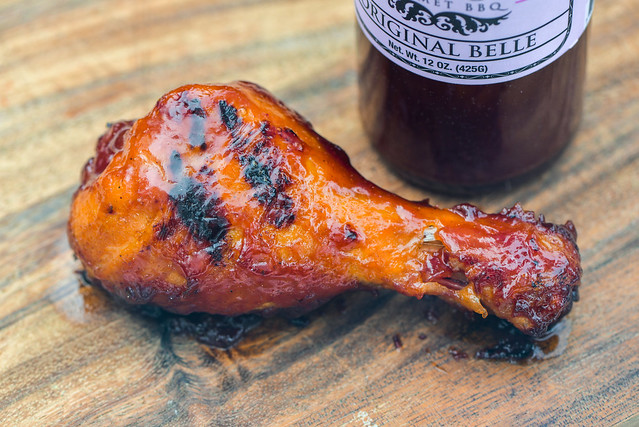 This sauce coated the chicken in medium, even layer that baked down well over indirect heat. When moved directly over the coals, there was a little sauce loss and also quick caramelization and charring. The chicken ended having a very nice bright and fresh flavor. The tomato, vinegar, and sugars were all in harmony, and with subsequent bites, all the spices and nuances from out the jar made themselves known to provide the full range of barbecue complexity.

I started my six sauce Southern Belles series with two fruit specific sauces—apple being a high point, while blueberry was not as successful. For my third installment, I thought it might be good to go with the original and taste what the foundational Southern Belles recipe is all about. What I found was a very well crafted, all purpose barbecue sauce. It didn't have that specialness that the apple recipe did to knock it out of the park, but this was a sauce that I imagine would make any palate happy. You start off with a sweetness that's almost universally crowd pleasing, but it's matched up well with vinegar, keeping it from becoming just a story of sugar. There's enough layers of spices to make each bit interesting, and just the right heat at the end to garner head nods from heat lovers, but not enough to turn off folks who don't like spicy food. Performing well both on and off the grill, I think you'd be well served by Southern Belles Original Belle in almost any application you have in mind, be it chicken, ribs, veggies, seafood, or even as a dip.