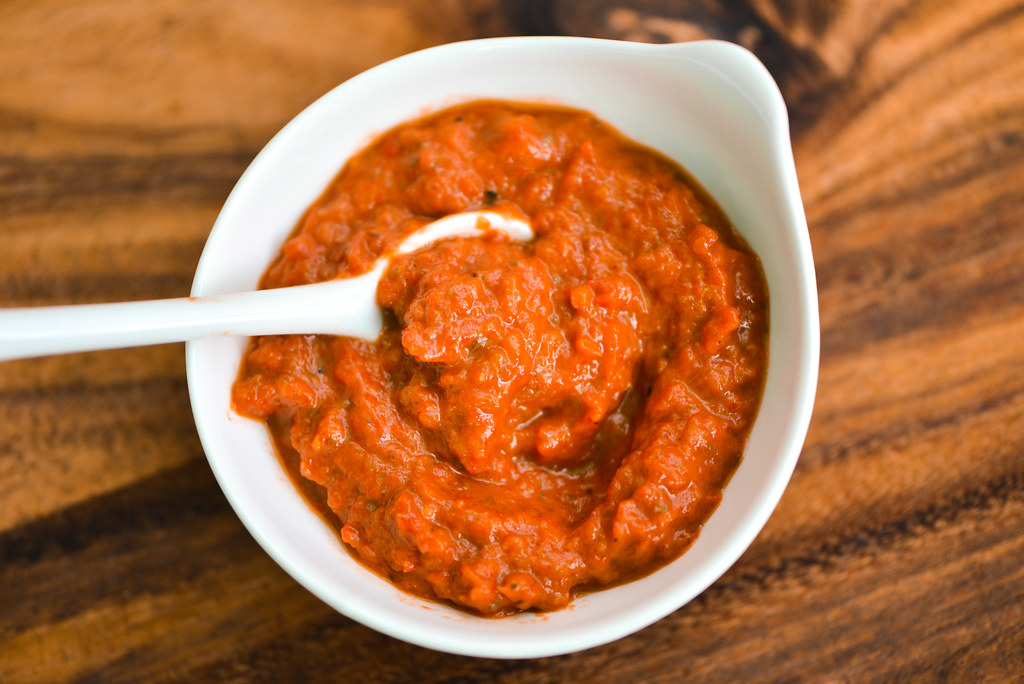 Spending a lot of time to find just the right recipe for cevapi—an uncased grilled Balkan sausage—it would have been a shame to serve it with a subpar ajvar—the traditional roasted red pepper sauce accompaniment. So while already at the grill, I took a shot at preparing ajvar in a few different ways to find the one that could proudly sit on the plate next to those delicious sausages. 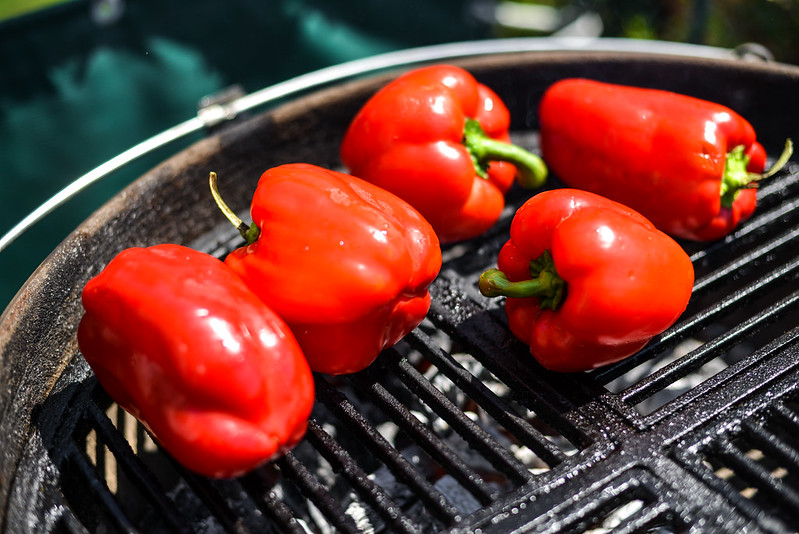 Ajvar traditionally come from Serbia, but spread throughout the Balkan region after World War II while the area was connected as Yugoslavia. Unlike cevapi, which comes in many variations based on location, ajvar seems to be more standardized, with fewer differences from one recipe to another.

Ajvar is commonly prepared in the fall, making use of the abundant harvest of red bell peppers, which are charred over a fire, peeled, and combined with roasted eggplant, garlic, oil, and vinegar, for a sauce that can be canned and eaten throughout the rest of the year. It's usually served alongside grilled meats, but can also be enjoyed on its own or as a spread. 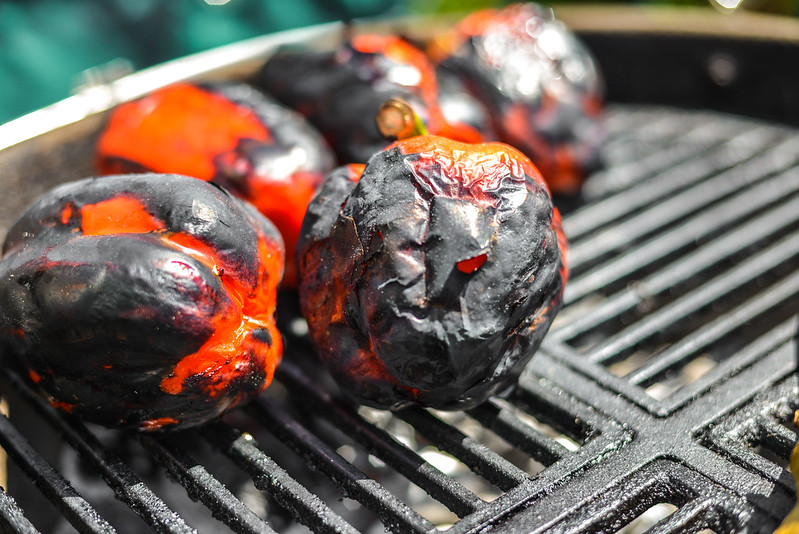 Sticking to tradition, I roasted a slew of red bell peppers over a hot live fire. Of course, this requires extra work compared to the alternative of roasting on a gas range—my normal method of pepper roasting—but in my side-by-side tests, I found the fire-charred peppers to have a smokier flavor, which is an important component of this sauce in my opinion. 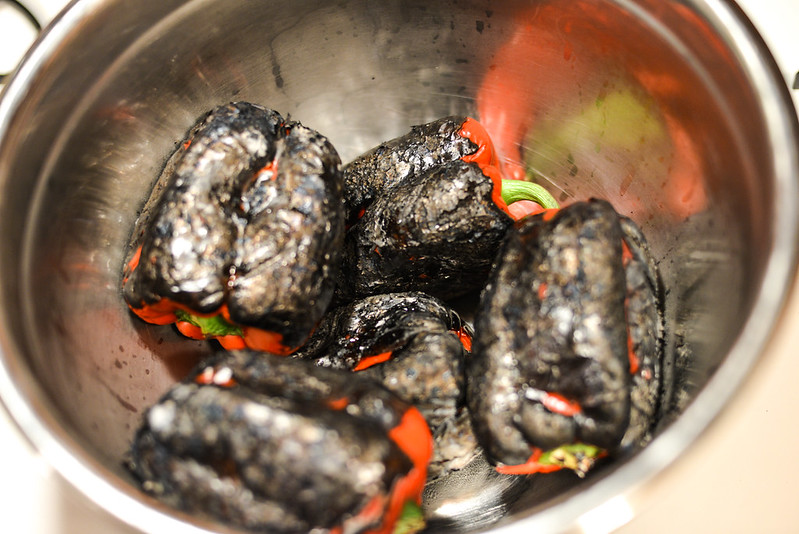 Once the peppers were blackened all over, I place them in a large bowl, covered, and let them rest until cooled. At this point it was easy to peel off the charred skins and remove the stems and seeds, which could without the use of a knife at all. 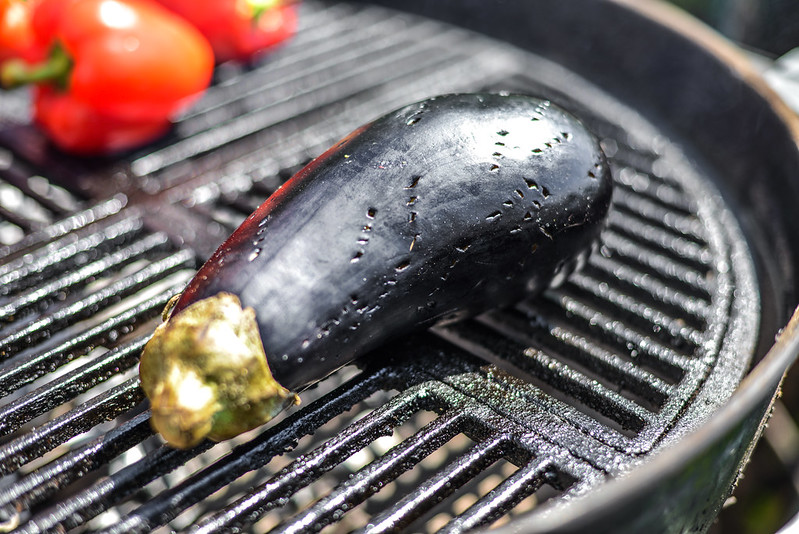 The other essential component of ajvar is the eggplant. Having done many testing and recipe variations on roasting eggplant for baba ghanoush in the past, I knew there already was a best answer for cooking this enormous berry. It started with taking a whole globe eggplant and piercing it all over with fork to create escape routes for moisture and to prevent explosion during cooking. 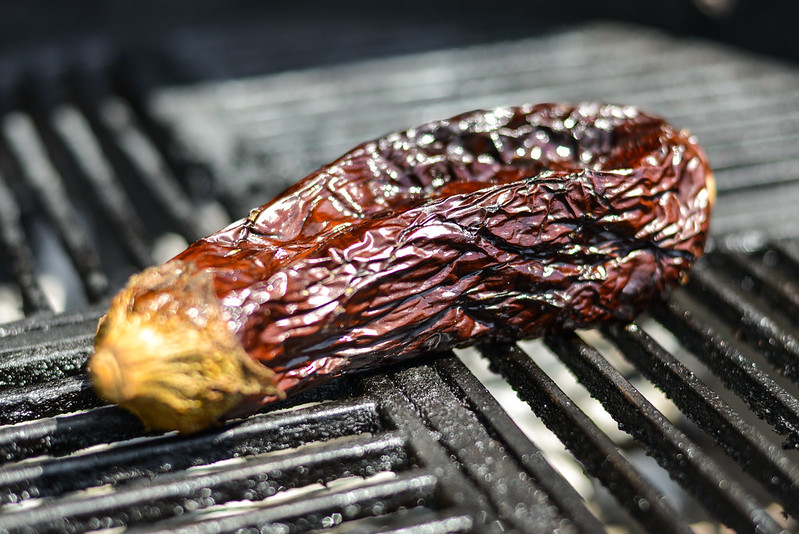 I then placed the eggplant on the cool side of a two-zone fire, covered, and let it cook until the skin was shriveled outside and the innards were completely softened—about 30 minutes total. I've found the grill an essential component for roasting eggplant for baba ghanoush, where the faint smokiness goes a long way in creating the right background notes for the dip. Since smokiness was a desired trait in my ajvar, I saw no reason why this method wouldn't be perfect here as well. 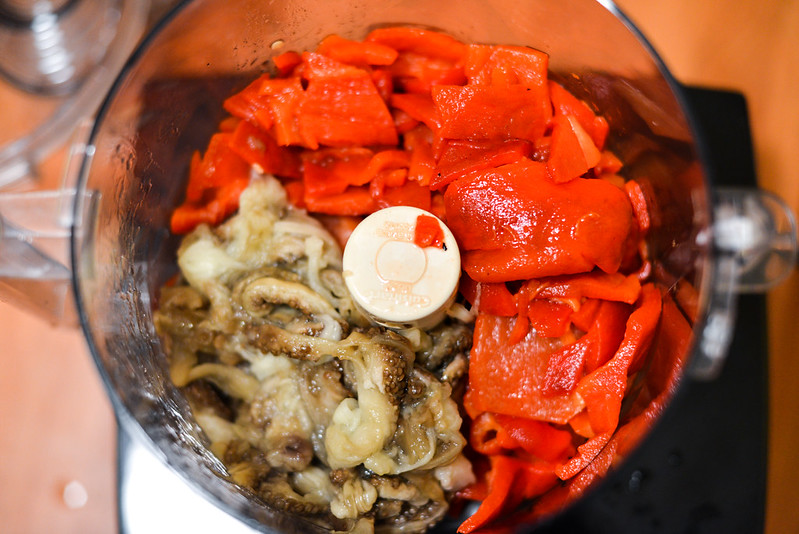 After the eggplant was finished and rested until cool enough to handle, I spooned out the soft flesh—discarding the skin—and placed it in a food process along with the peeled and roughly chopped red peppers. I added in five cloves of minced garlic and then gave the entire thing a whirl until it was finely chopped. Lastly, I added sunflower oil, salt, and pepper, then processed again until the sauce was as smooth as it was going to get it. 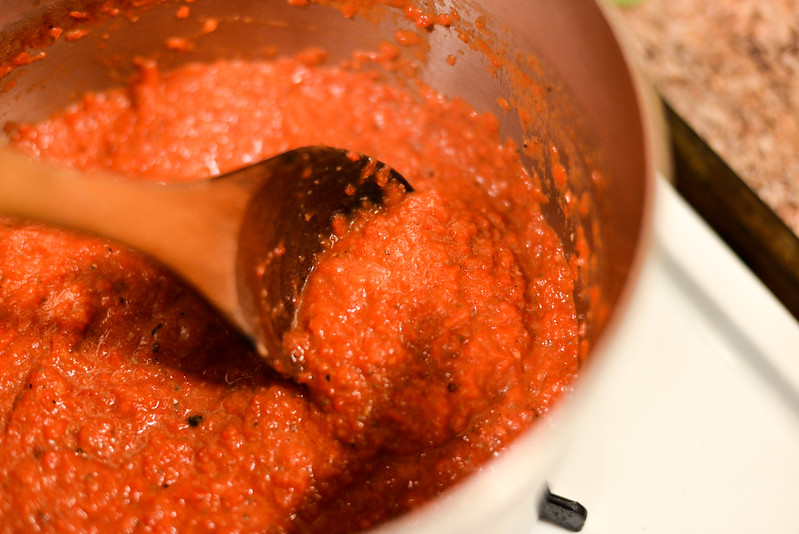 In my research, this is where most ajvar recipes stopped, but I took and extra step and simmered the sauce down over medium-low heat until it was just slightly thicker than when it started. Compared to the sauce prior to simmering, the reduced version had a sweeter character, with a red pepper flavor that was bit brighter and more intense. This change was pronounced, and something that I would consider important to get the very best sauce possible. 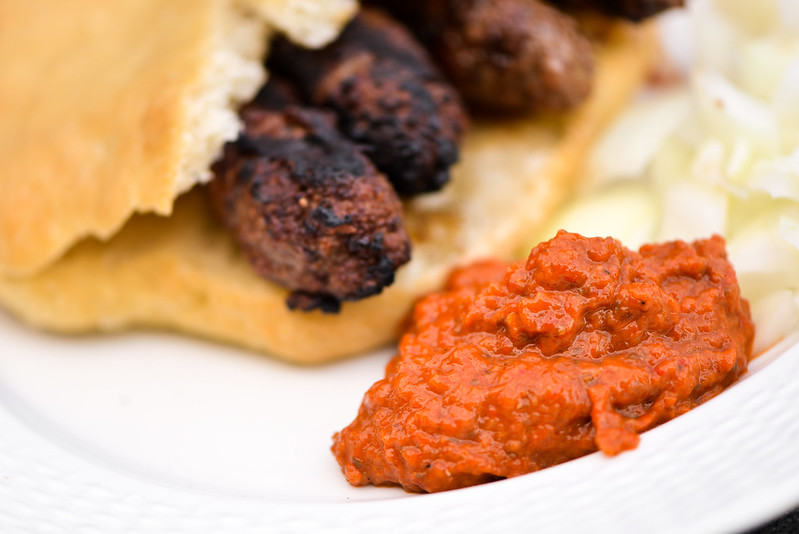 I can now safely say that if you want to make your ajvar the quickest and easiest way—on a stove and without boiling—you'll get something pretty good, but if you want all the smoky, fruity, and tangy flavor of a great ajvar, it's worth the extra time and effort to prepare it the traditional way, cooked over a live fire and then simmered into submission. This was an ajvar that I could proudly place next to those delicious small cevapi that I spent an equal amount of effort to ensure they were also the best they can be.