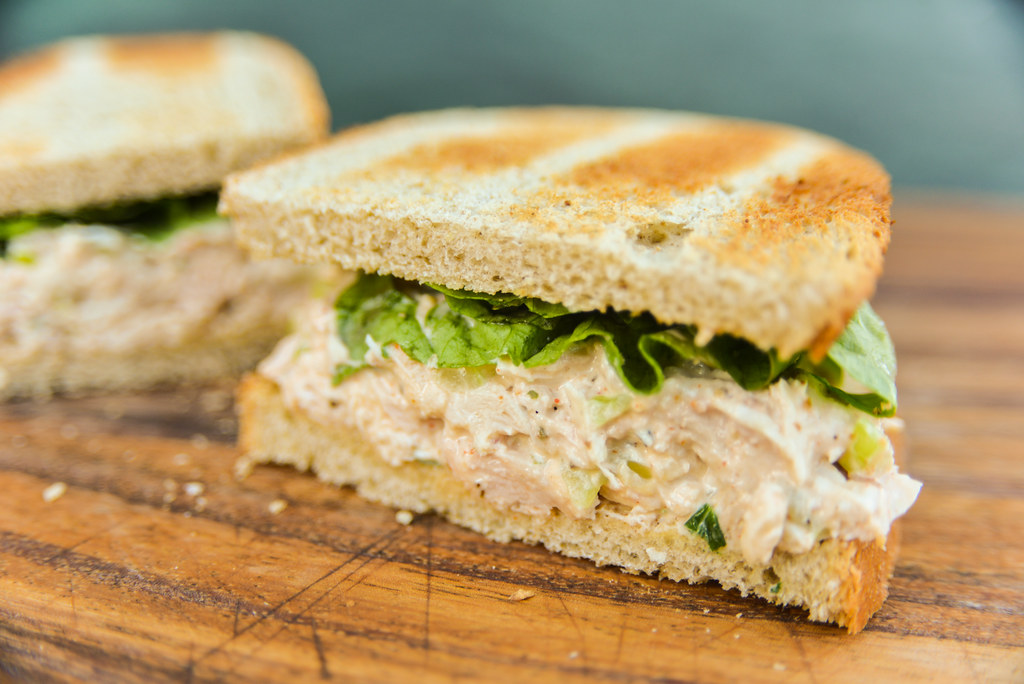 I like to fill my smoker as much as possible whenever running it—why waste good heat and space? Plus, I contend that the more meat in there, the better things seem to come out. So when I started a fire primarily to smoke only a few duck breasts to make duck pastrami, it seemed almost criminal not to throw in some additional items that I could potentially eat throughout the week. That's how this idea for a smoked chicken salad was born—to make use of that prime smoking space now and end with something that will hold in the fridge and can enjoyed over the coming week. 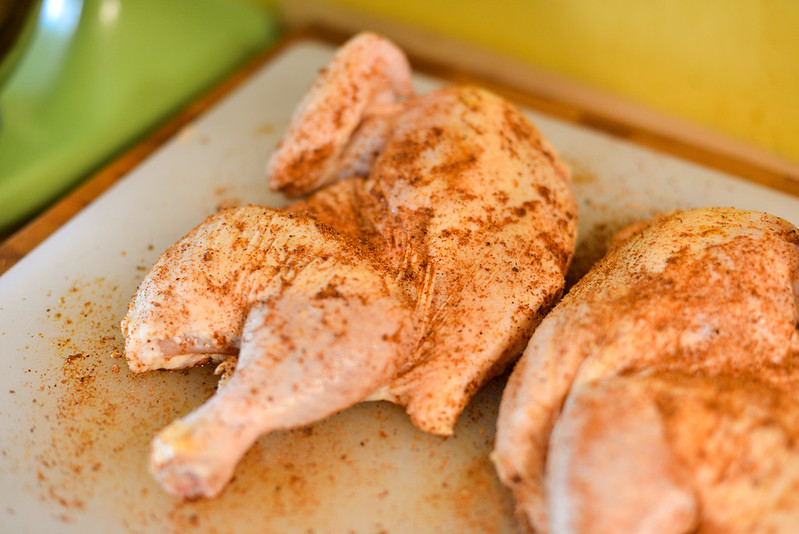 Truth be told, I'm not all that much of a chicken salad fan, but I am a barbecue fanatic, so I thought by bringing some of my barbecue instincts into chicken salad, I would result with something I could really enjoy. So staying true to barbecue form, I started this halved chicken off with a coating of a barbecue rub I grabbed out of the pantry. I knew that since I would be discarding the skin after cooking, this potentially would have little effect on final flavor, but it seemed like the right thing to do. 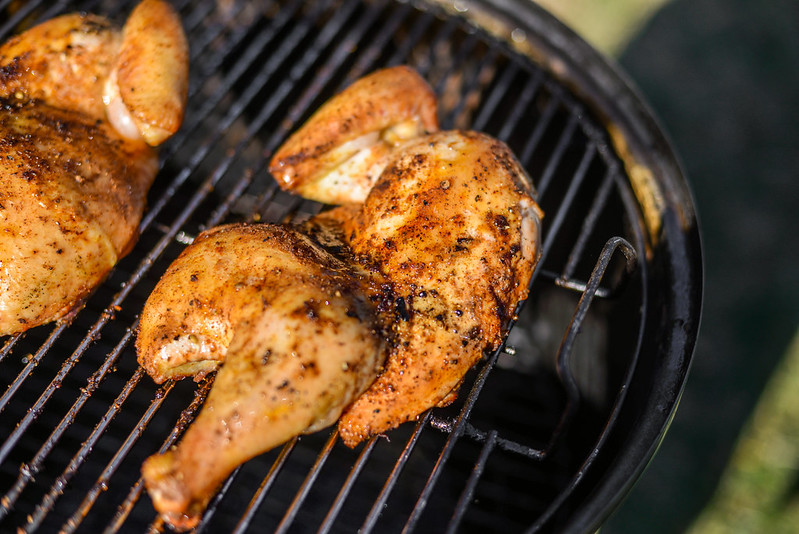 From there I tossed the chicken halves on the pit, covered, and let them smoke over charcoal and a piece of apple wood running at 225°F until the breast meat hit 160°F . Since I was cooking low and slow, I didn't see a need to brine this bird beforehand because the slow cook usually results in juicy meat without any aid. 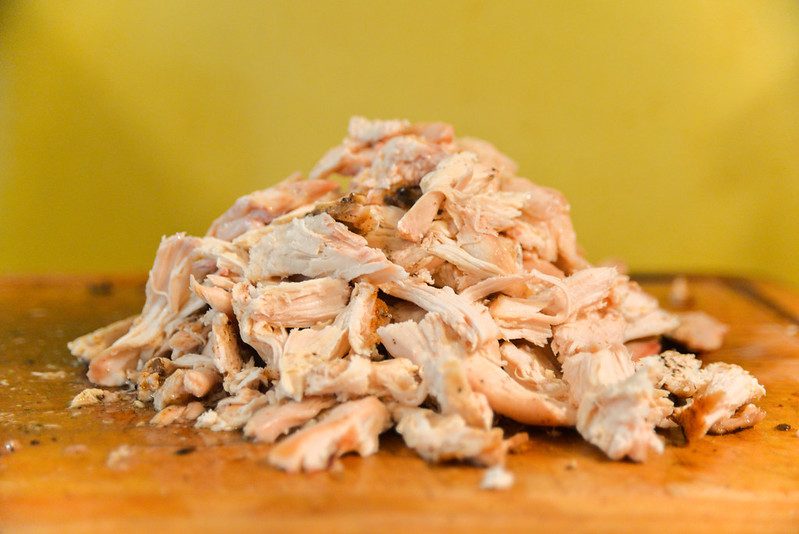 My intuition was correct—as soon as the chicken was cool enough to handle, I removed off the skin and started to pull glistening, super moist meat off the bones. As I expected, the rub didn't do much in terms of flavoring the meat, but in the process of pulling the skin off, that rub ended up coating my fingers, and it then transferred to some of the meat as I shredded it with my hands. 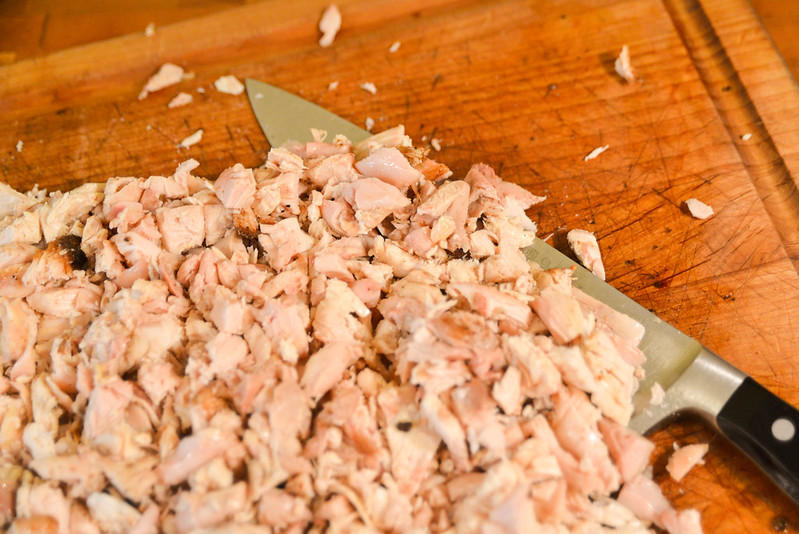 Once I removed every strand of that delectable meat, I gave it a rough chop to create smaller pieces that I thought would be more apt for use in a chicken salad. 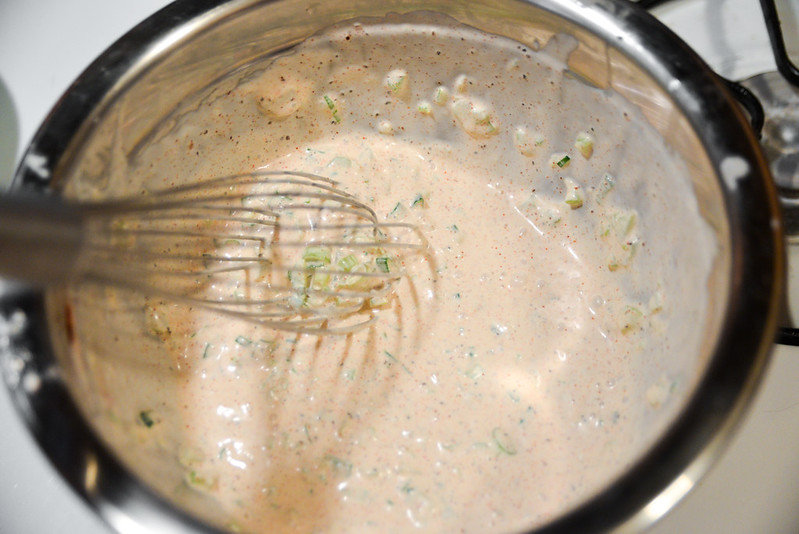 I then whipped up a dressing that continued to build upon the barbecue influence of this salad. I added in the ubiquitous mayo, lemon juice, celery, and scallions, but threw in some additions like cider vinegar, smoked paprika, and celery seed to give it a flavor that started to hint at a Northern Alabama white sauce.

Next I added in the chicken, gave it a stir to evenly coat it in the dressing, then piled it on some toasted bread and chomped away. 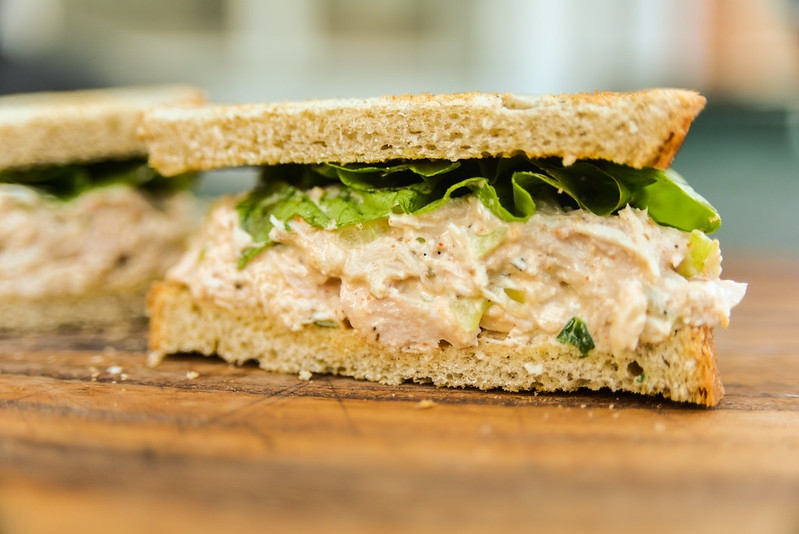 My inclination was right on: I did enjoy this chicken salad much more than others I've had in the past. The smoked flavor of the chicken was somewhat strong coming out of the cooker, but the mayonnaise-based dressing tempered it. The celery and scallions added a nice freshness, while vinegar and lemon juice gave a contrasting barbecue tang. So no smoker space went to waste, and out of it I got a barbecue-influenced chicken salad that I think is a definite step up from the norm.