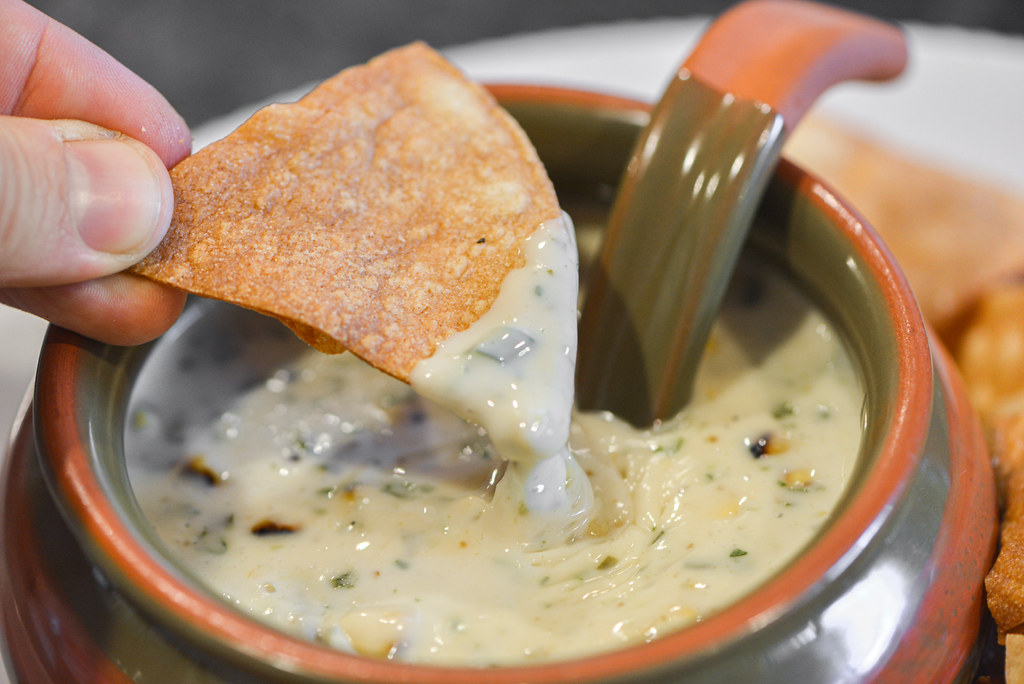 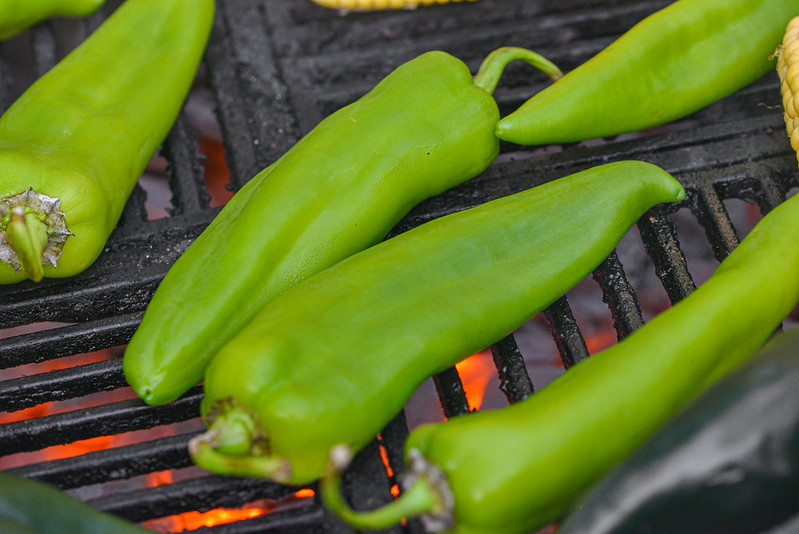 The first time I made this dip I utilized my go-to poblano peppers exclusively. While they provided a nice fruity chili flavor, the dip was lacking in the heat you may expect thanks to the overwhelming cooling power of the cheese. So on a second try, I switched to using a combo of both the spicier Anaheim peppers along with poblanos and that seemed to hit the nail on the head for the right fruitiness and spice. 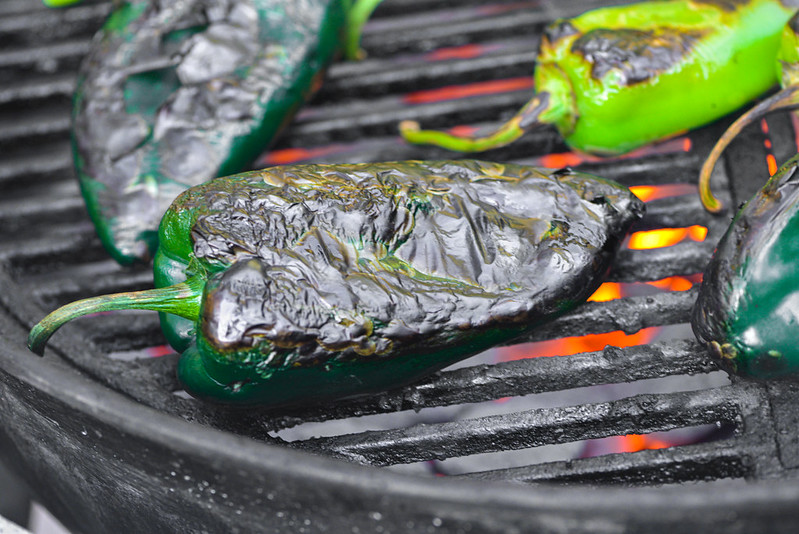 When I can, I like to roast the peppers on the grill over freshly lit coals. Roasting on my stove effectively chars the skin, but the grill adds a touch of smokiness that can't really be reproduced indoors. I do, however, wonder if in this specific application, if that smokiness is so faint that it's indiscernible when assemble into the final queso, but I haven't tried a side-by-side comparison, so I can't say for sure. 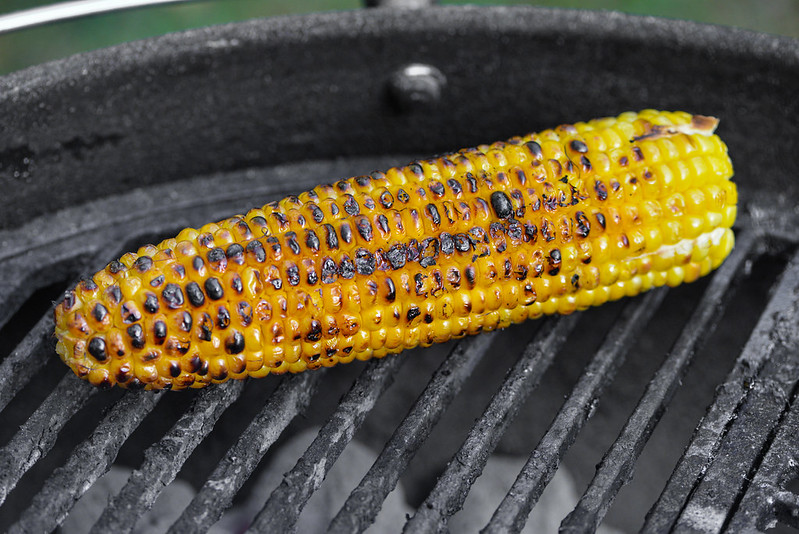 I did have another reason to bust out the grill though—to cook up some corn. I decided to try adding another flavor component I didn't previously use previously by way of corn. My thought here was to further enhance that grilled flavor and also provide a sweet contrast to the spicy chiles. So alongside the poblanos and Anaheims, I cooked a couple ears of corn until well charred. Once done and rested, I cut the kernels from the cob. 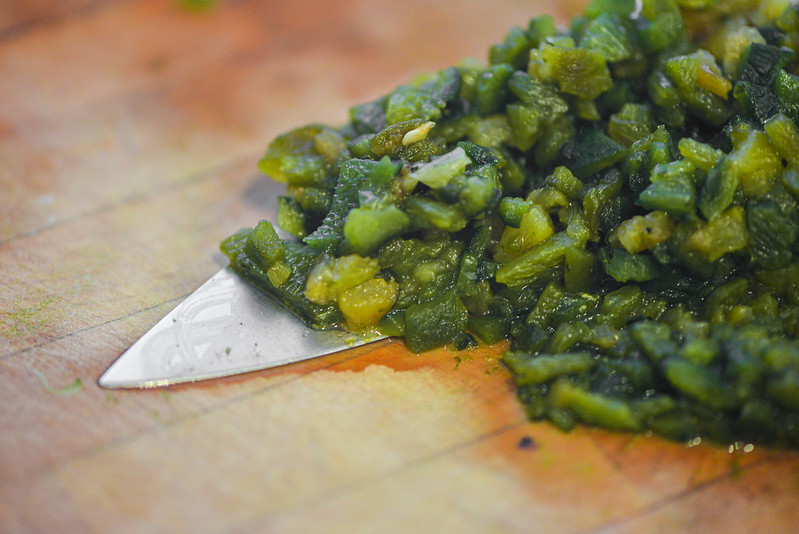 After the chiles were done and cooled in a covered bowl, I removed their skins, stems, and seeds and then finely chopped them up. After previous queso attempts had too light of a chili flavor for my tastes, I cooked extra this time around so I could continue adding peppers until the dip tasted worthy of its green chili name. 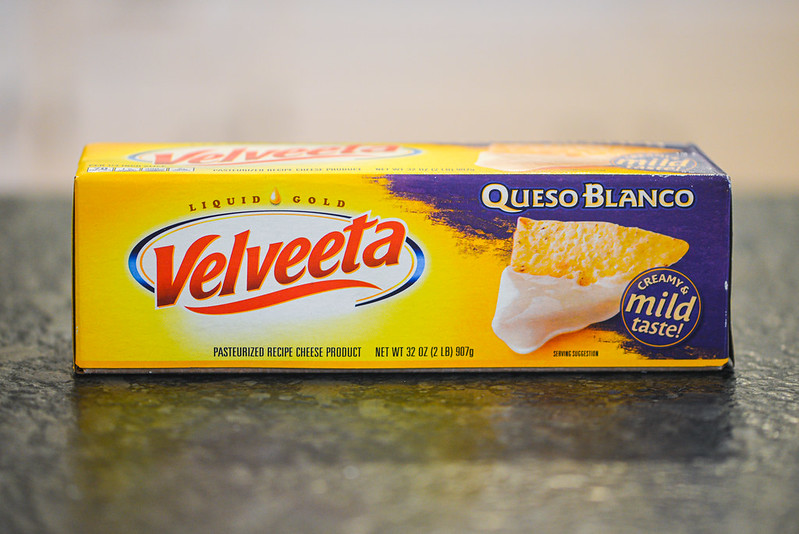 Now this is the real magic of this dip—Velveeta Queso Blanco. I'm not sure when they started making this, but I first saw in my grocery last winter and bought a block to try out. I have always liked Velveeta for queso for its oh-so-perfect creaminess and chip coating consistency, but you can always tell a Velveeta from its distinct flavor. Not that's a bad thing, but I feel like their Queso Blanco delivers a more muted taste, making it a better foundational building block for quesos than the standard Velveeta, while still delivering on the ideal consistancy I've grown dependent on. 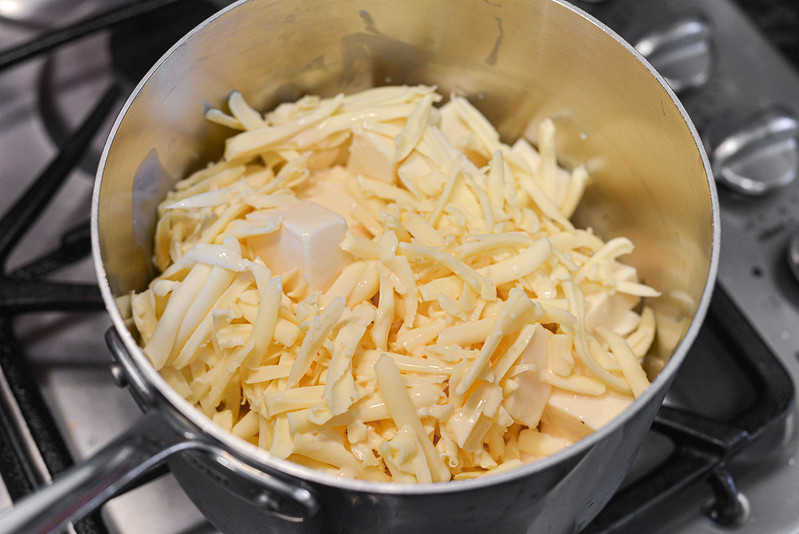 The Velveeta served as the backbone of the dip with two pounds of the stuff going into it, but I also added a half a pound of Monterey Jack to avoid a purely Velveeta flavor. I heated these two to cheeses together along with a can of evaporated milk until they were completely melted and the dip was smooth and creamy. 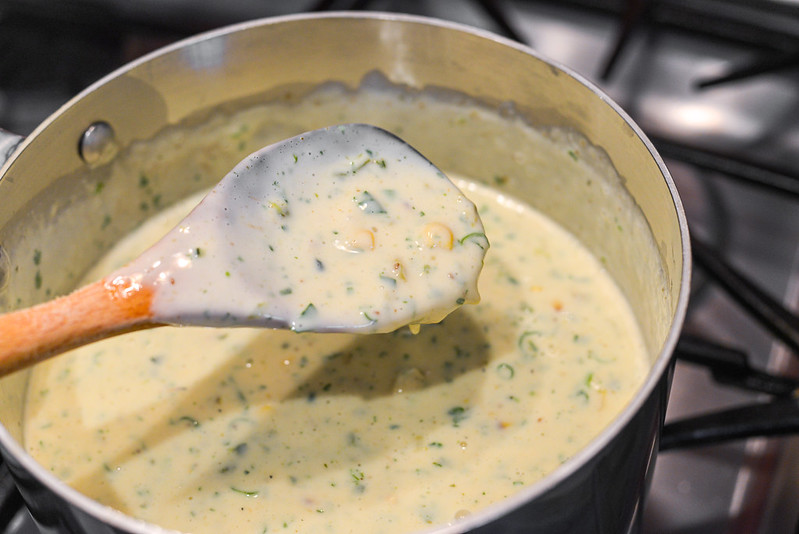 I then added in the chilis, corn, cilantro, scallions, and a little cumin and that basic cheese sauce instantly turned into an incredibly flavored queso ready for consumption. 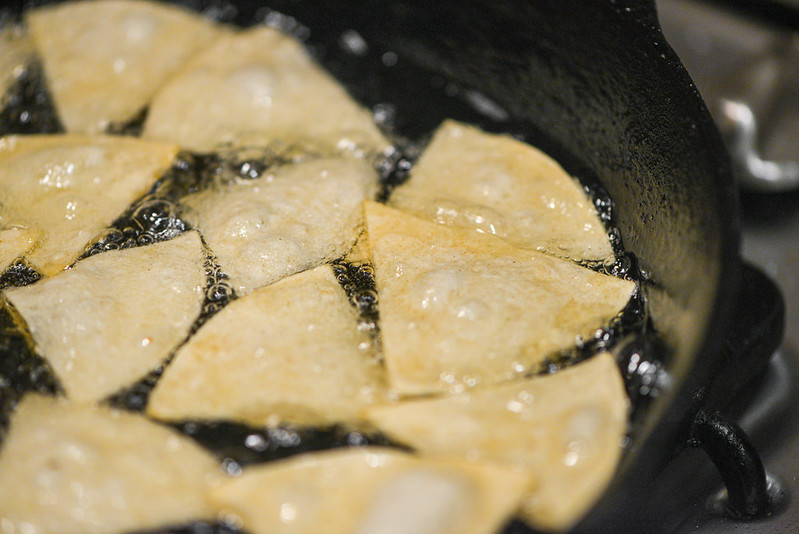 Of course, you need a quality chip to complete the equation, and I'll toss in my nudge to go homemade here. Not only are home-fried tortillas fresher tasting, but they're sturdier for getting the queso from bowl to mouth with no breakage, and they're also less salty—I find the usual bagged tortilla chips overly salty for my taste, which can distract from the flavors of the salsa or queso they're being dipped into. 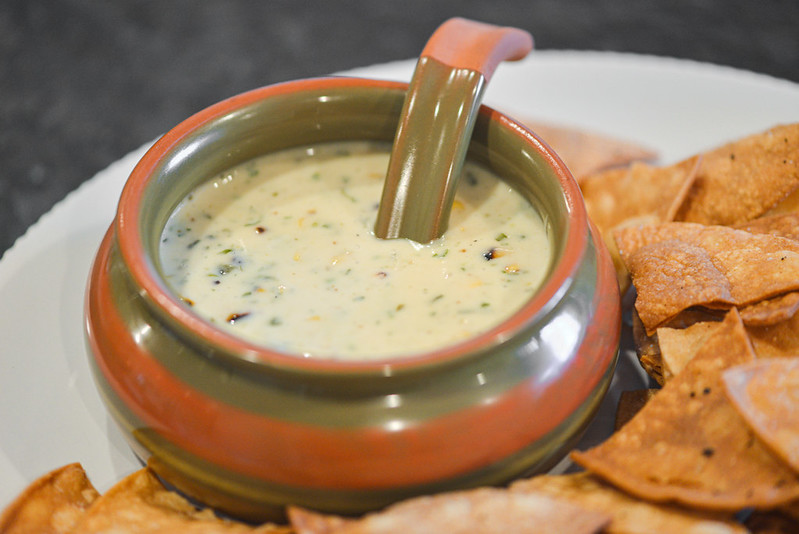 And there you have it, a queso fit to make you a party king! It's best to put this stuff in a Crock Pot so you can keep it warm and at its best thick, but scoop-able consistancy that comes thanks in large part of the Velveeta. The flavor of this queso is really something else, with a winning balance of spicy and fruity chiles, contrasted by lightly sweet cheese and corn, fresh herbs, and the important earthy undertone of the cumin. Now I will let you know that the corn addition was a little bit controversial with my wife and some others finding it unnecessary, but well accepted by most of my guests on the whole. To be completely honest, I'm making this for another party this holiday season and plan on leaving out the corn, but adding in red chiles to make it a Christmas queso! 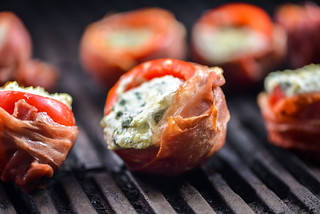