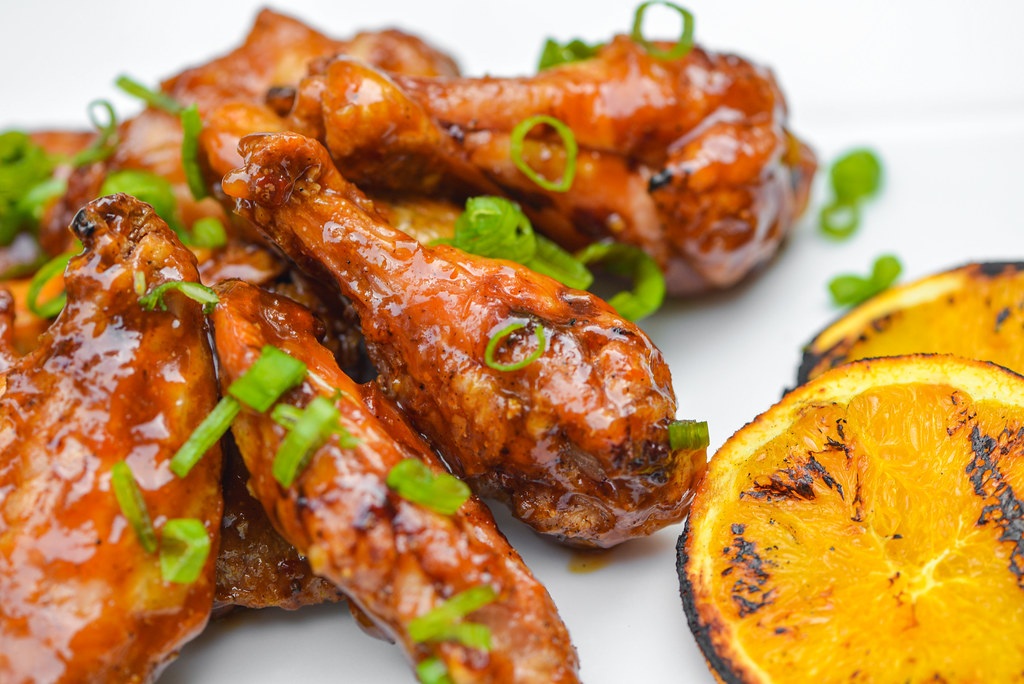 A few years back I decided to try out a General Tso's sauce on grilled chicken wings. I was dubious that, even if the sauce was completely on point, the end result would actually taste like it should without the thick, crunchy batter that usually adorns General Tso's chicken. To my surprise, the wings turned out exceptionally well and I actually thought thin, but very crispy, skin on the wings was a boon in the end, easing some of the heaviness associated with the dish but still delivering all the flavor and texture you'd want. So that opened up the door to various similar type of recipes like sesame wings, sweet and sour wings, and this one I tried out this year—orange chicken wings. 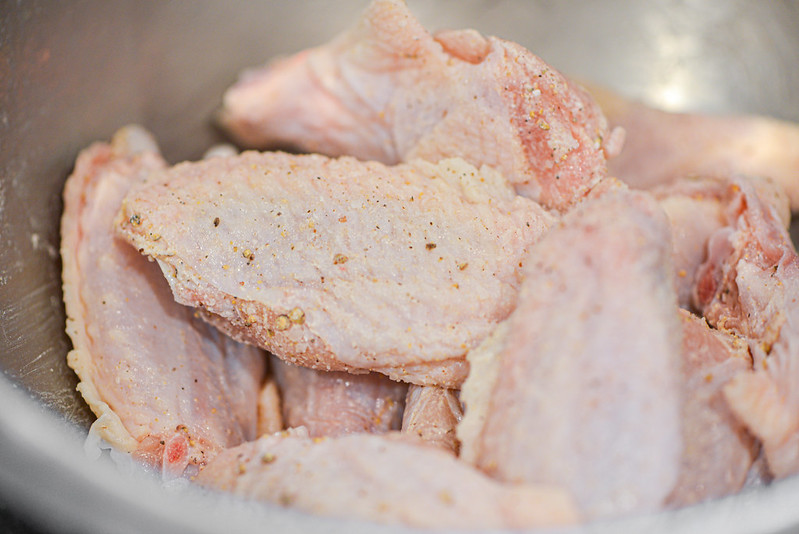 When making the General Tso's chicken, I figured the robust sauce was going to do almost all of the flavoring work, so went light on the seasoning for the wings themselves. In addition to the normal salt and baking powder I apply—the later is what helps create a textured skin—I only added white pepper, which provided a nice extra sharpness that had a Chinese tilt to it. I saw no reason to change up what worked before here and started off my orange wings in the exact same manner. 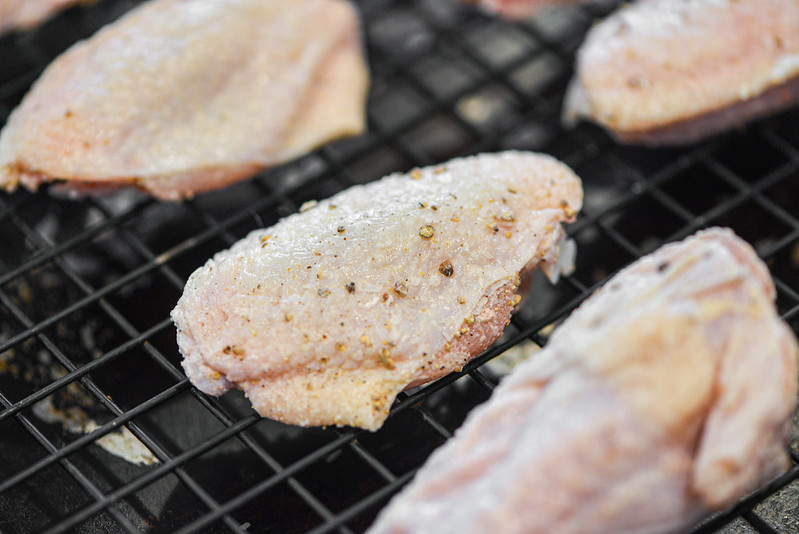 After drying and tossing the wings in the seasoning, I arranged them on a wire rack set in a baking sheet, then stuck the entire thing in the fridge overnight. This air drying step is crucial to achieving that crackling skin when grilling or baking wings—the end result is something pretty akin to fried wings. You could omit this long, but inactive step, and still end up with great wings, they just won't be as crunchy. 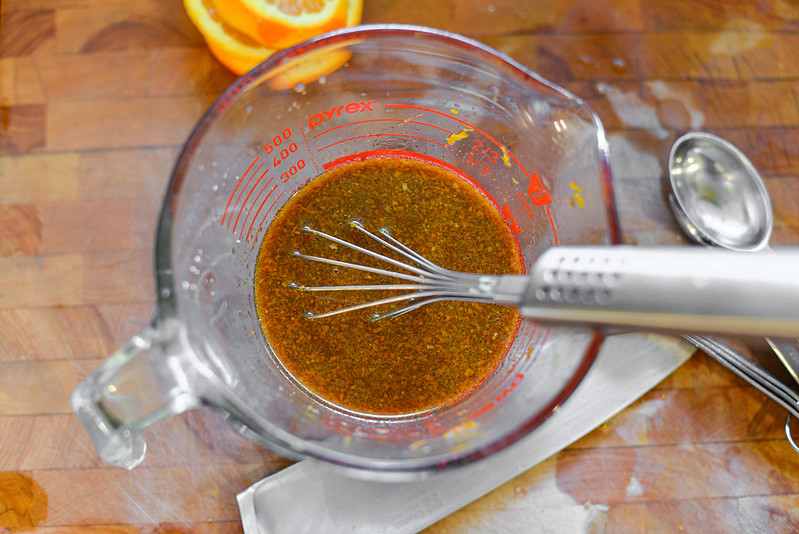 The next day, before I started grilling, I put together the sauce. I had never made orange chicken before so I took cues from trusty Serious Eats and some other sources and then devised a recipe with the ingredients and amounts I imagined would hit the flavor I'm used to. Mixed into the liquid component, which had freshly squeezed orange juice as its base, was a tablespoon of cornstarch that is responsible for thickening the sauce and giving it that syrupy, glistening glaze quality in the end. 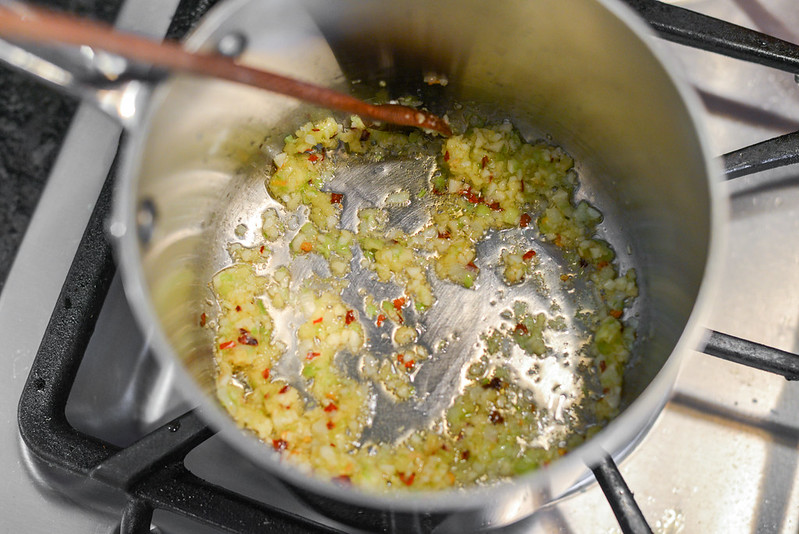 After prepping the liquid part of the sauce, I sautéed the aromatics, which included scallions, garlic, ginger, and crushed red pepper. I started these off in a cold saucepan with some oil and let them heat gradually until they were fragrant, but not browned. 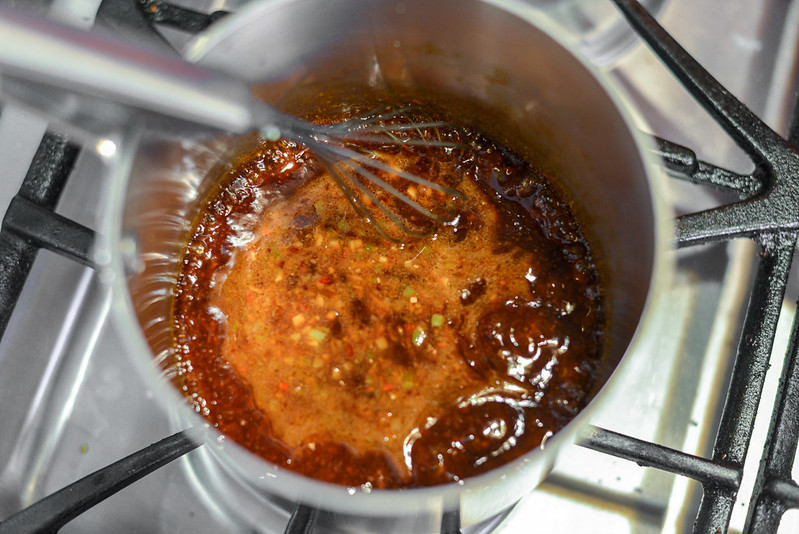 Then I poured in the liquid, which heated and began bubbling quickly. It only took a few minutes for the sauce to really thicken up, at which point I removed it from the heat and let it cool a bit. I then tasted to see if any adjustments were needed, but I was very happy with the flavor, so moved on to grilling the wings. 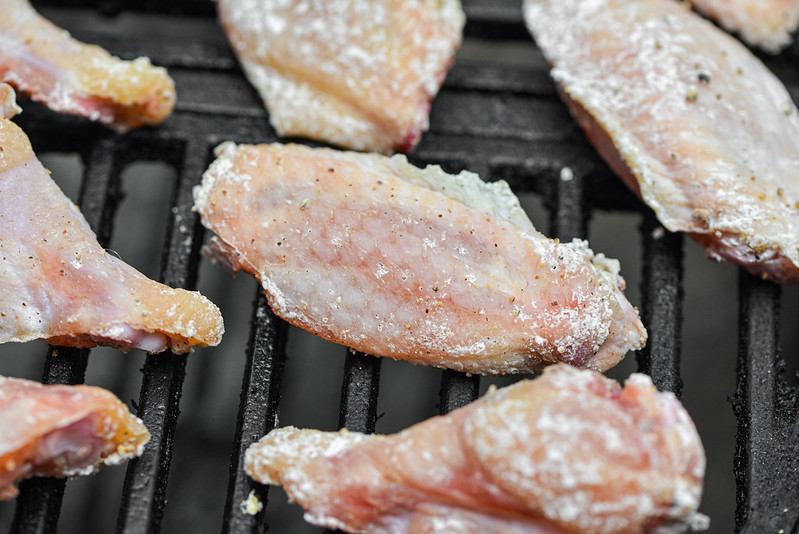 I lit a full chimney of coals, which I arranged in a pile on one side of the charcoal grate. I then placed the wings—which had lost most of their exterior moisture at this point—on the cool side of the grill, covered, and let them cook. 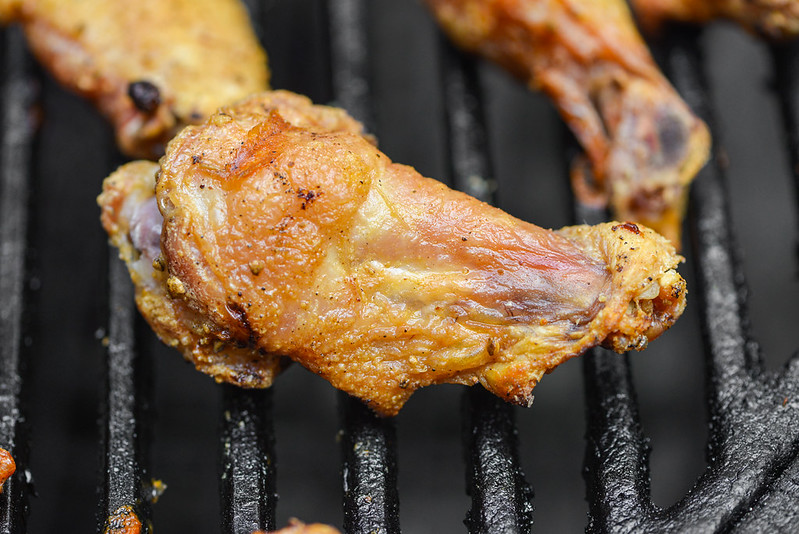 About 45 minutes later I was greeted by these light golden brown wings that were incredibly crispy and ready for saucing. 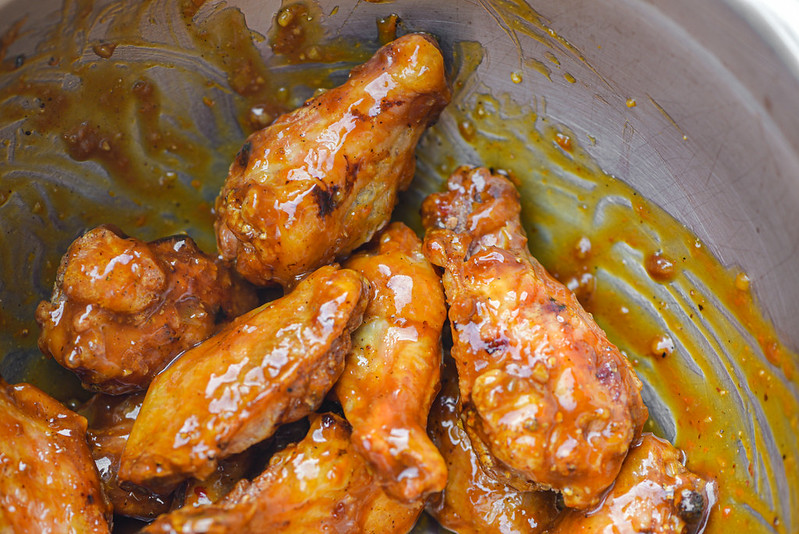 So into a bowl the wings went and I then added in the room temperature sauce—if you made the sauce further in advance and refrigerated it, it's a good idea to either zap in the microwave a bit or let it come to room temperature first just so it doesn't cool down the chicken. The glistening, orange-hued wings looked incredible, but smelled even better—the orange aroma being omitted from the bowl was intoxicating. So I spared no time plating them up, snapping pics, and then digging in. 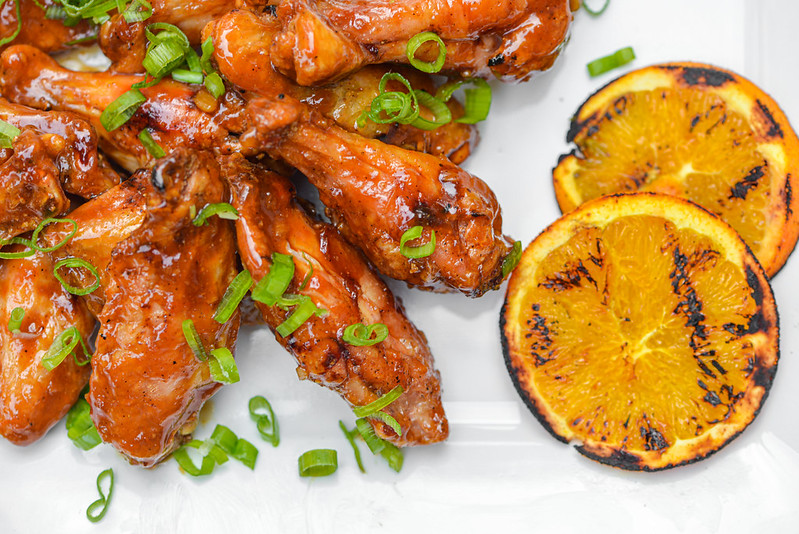 Just like the General Tso's wings, the flavor was spot on from what you get at the best restaurants, just against wings instead of battered and fried boneless chicken. The sauce tasted really well suited for wings with an upfront bright citrus flavor that gave way to a sweetness that was tempered by a little heat, tang, and an undercurrent of savoriness. Again, I was digging not having a heavy batter, which allowed me down wing after wing without a feeling of getting overstuffed like I sometimes get with the breaded and fried chicken. If there's any downside here, it's that the sauce is damn sticky, but that's really just an excuse to lick your fingers in the end, so maybe it's really just another plus to an already excellent wing experience.