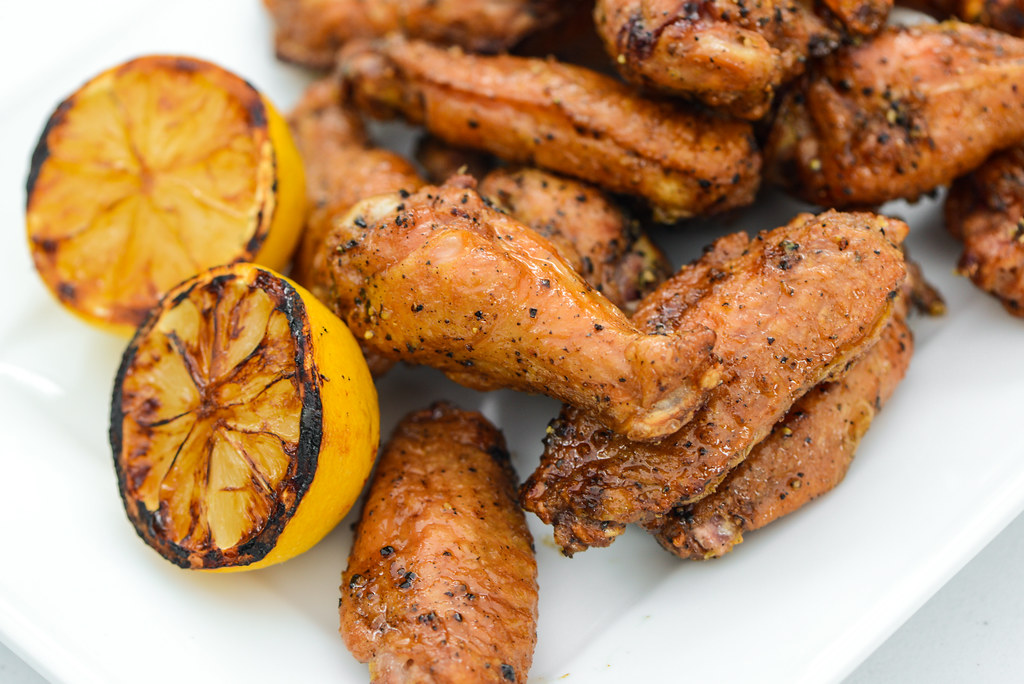 I'm not a graceful eater and my love for wings brings along with it an inevitable amount of mess—no matter how hard I try, I'm always left with a beard embarrassingly stained with bright orange sauce. That has led me to veer toward "dry" wings when I find myself in situations that requires me to be self-conscious about my appearance. Of all the dry varieties of wings out there, it's usually a safe bet that lemon pepper will be good, making it my most commonly ordered wing if normal Buffalo is out of the question. The simple mixture of bright lemon and the light spicy bite of black pepper is a pretty fantastic one and definitely worthy of replication at home. 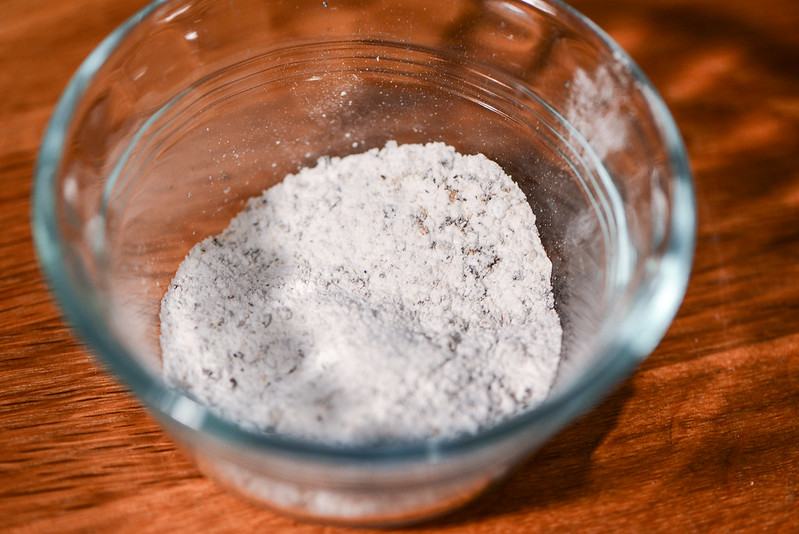 Making lemon-pepper wings on my own grill opened me up to improving upon what I feel is so often a missed opportunity with this specific recipe. Most of the lemon-peppers I've had taste mainly like they were just coated in the lemon-pepper seasoning that comes off the spice shelf, which is not horrible, but loses a lot of the bright acidity that makes lemons so great. 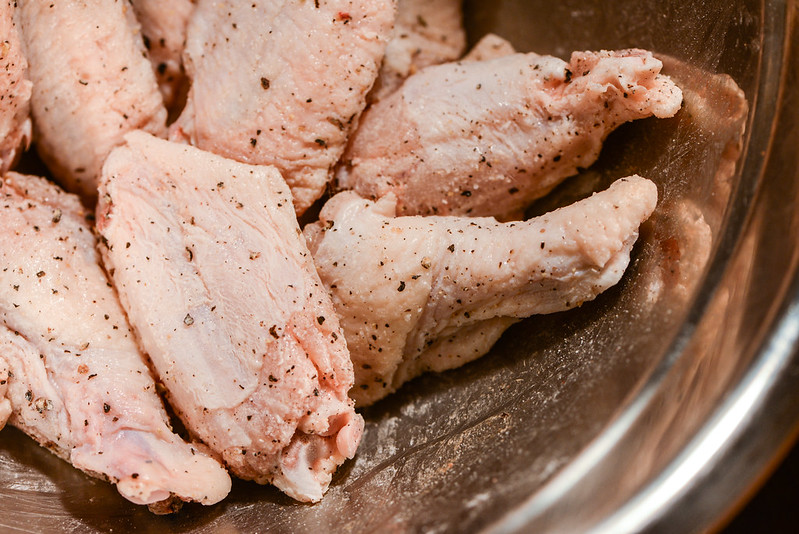 So I opted to forgo that usual seasoning and started only with a mixture that was equal parts baking powder and kosher salt along with about half of the coarsely ground black pepper I thought the wings would need to achieve their trademark heat. 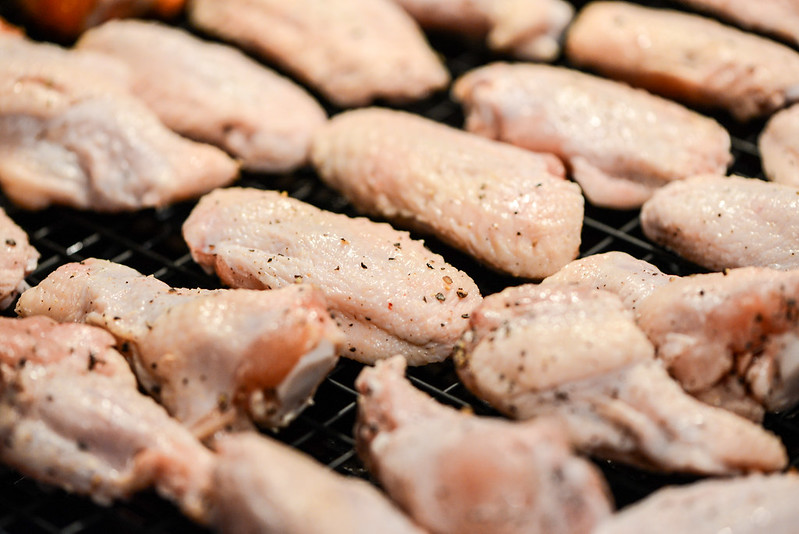 After tossing the wings with the initial seasoning, I arranged them on a wire rack set in a sheet pan and then set them in the fridge overnight. This allows for the drying out of the skin, which, along with the baking powder, helps create a pleasingly crisp skin when the wings are either grilled or baked. 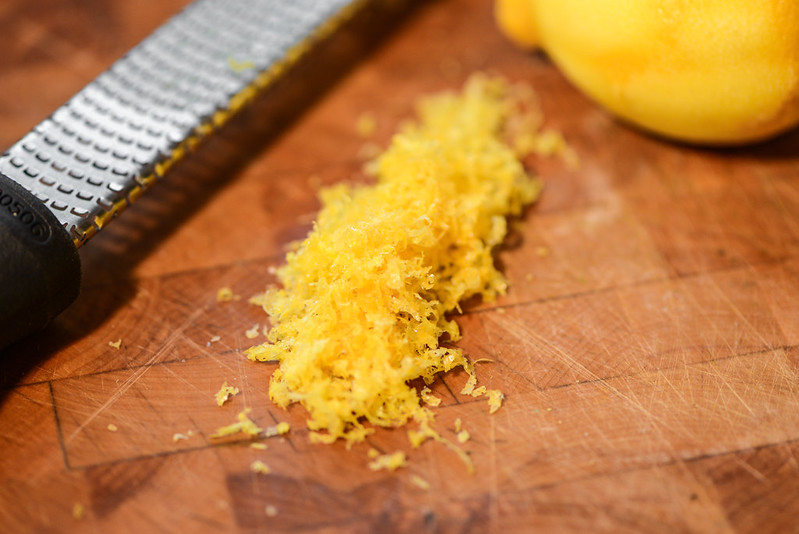 While the wings rested, I was left in a bit of quandary on how to use fresh lemon while still keeping the wings "dry." I knew I was going to have to use at least a little lemon juice and oil to be able to coat the wings nicely, but in order to use a minimal amount liquid while maximizing flavor, I relied on lemon zest to deliver the majority of the bright lemon flavor. 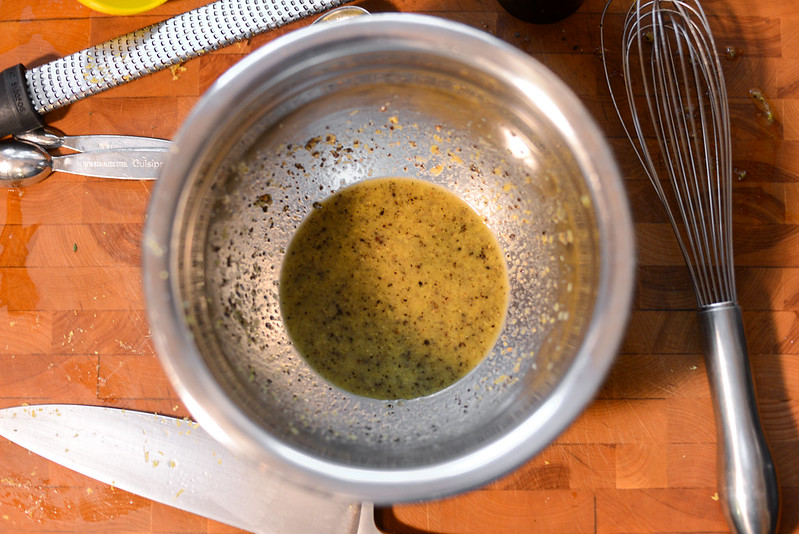 After zesting my lemons, I mixed the zest with small amounts of lemon juice and oil until I reached a balance between the best concentration of flavor with a consistancy that would be able to throughly and evenly coat the wings. Next I whisked in pepper until the sauce had a decent kick to it, but not too much since the wings had a respectable amount of pepper on them already. 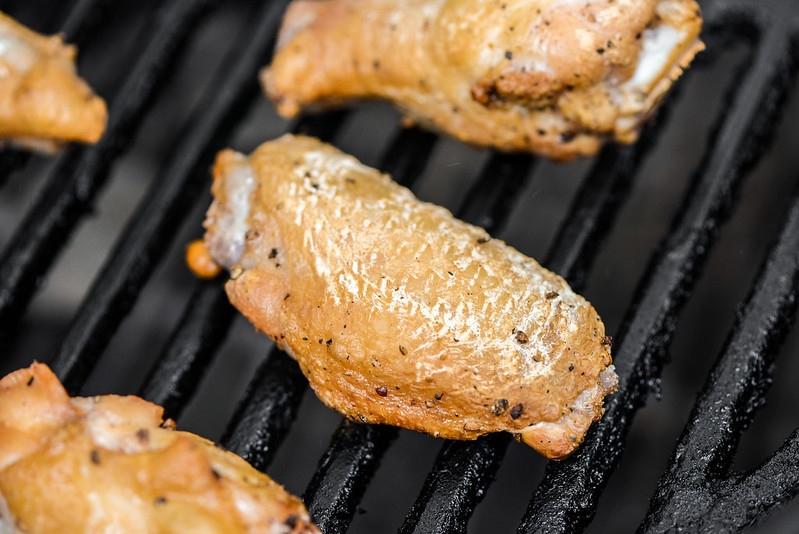 After their long stint in the fridge, I placed the wings on the grill over indirect high heat—that's on the cool side of a two-zone fire. Early on in the cook, the wings look much like this, a bit pale with with white spots from the baking powder. 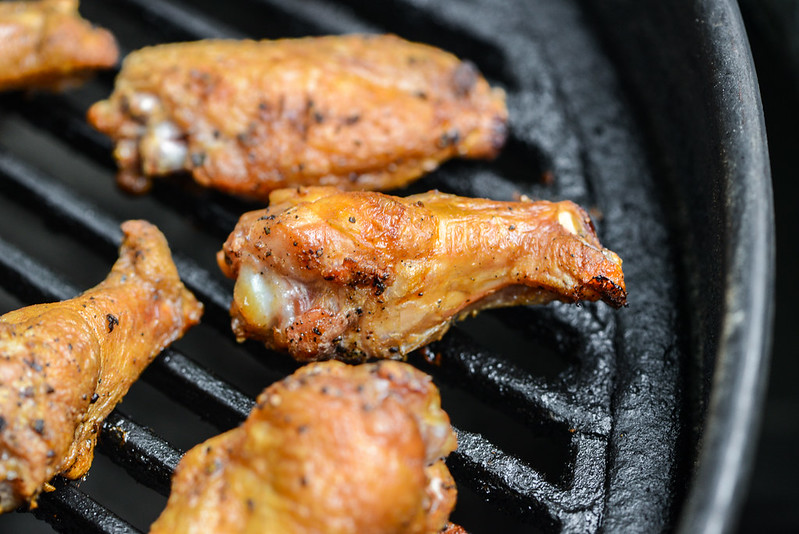 But as they continue to roast, the fat in the wings renders and that helps brown and crisp the chicken beautifully, like above. This process usually takes about 45 minutes, which may seem like a long time for such small pieces of meat, but the wait for the perfectly crunchy skin with juicy meat is well worth it. 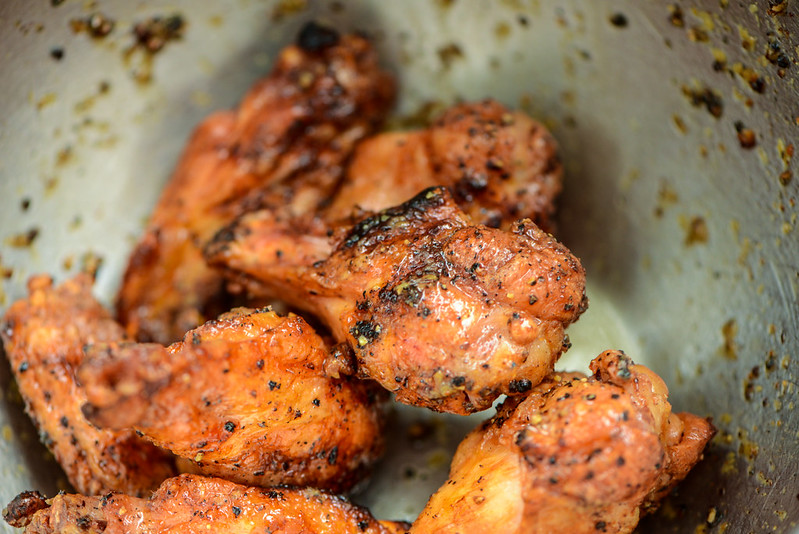 Once the wings were done, I transferred them to a large bowl and tossed them with the sauce. I didn't use all the sauce to start, adding just enough to give them their desired lemon flavor without them becoming saucy. I had made much more sauce than I needed, but scaled it down in the final recipe to all that was really required in the end. 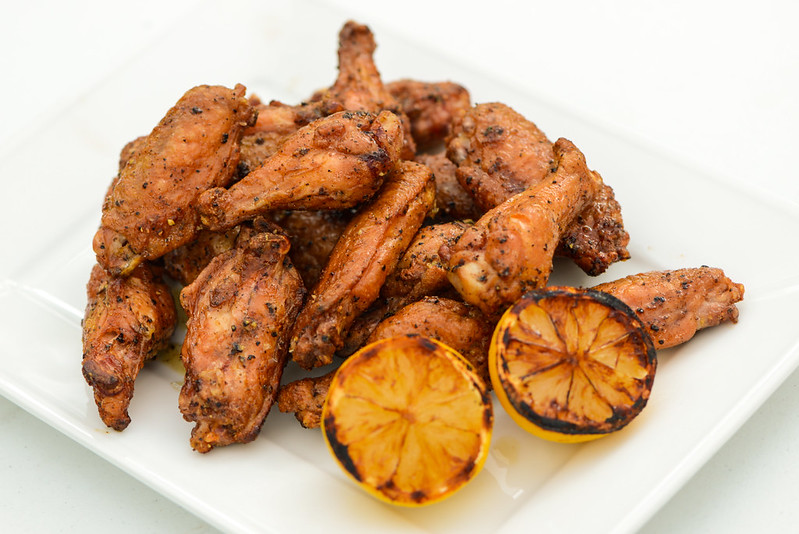 The final wings were probably the best damn lemon-pepper wings I've ever had. Using fresh lemon juice and zest made all the difference in giving them a very bright, acidic flavor that can sometimes be missing with this variety. The coarse pepper created pockets of heat that both complimented and contrasted with the lemon. Even though there were technically sauced, so little liquid was needed that they retained their "dry" badge and I was able to eat them without fear of creating a horrible mess, which is not really a concern for me at a Meatwave, but it was good to know they still held the original trait that often leads me to order them. 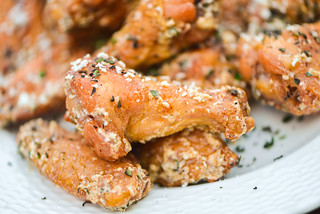 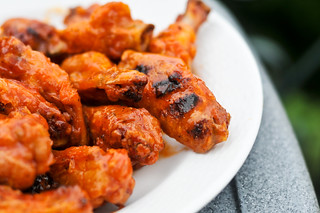