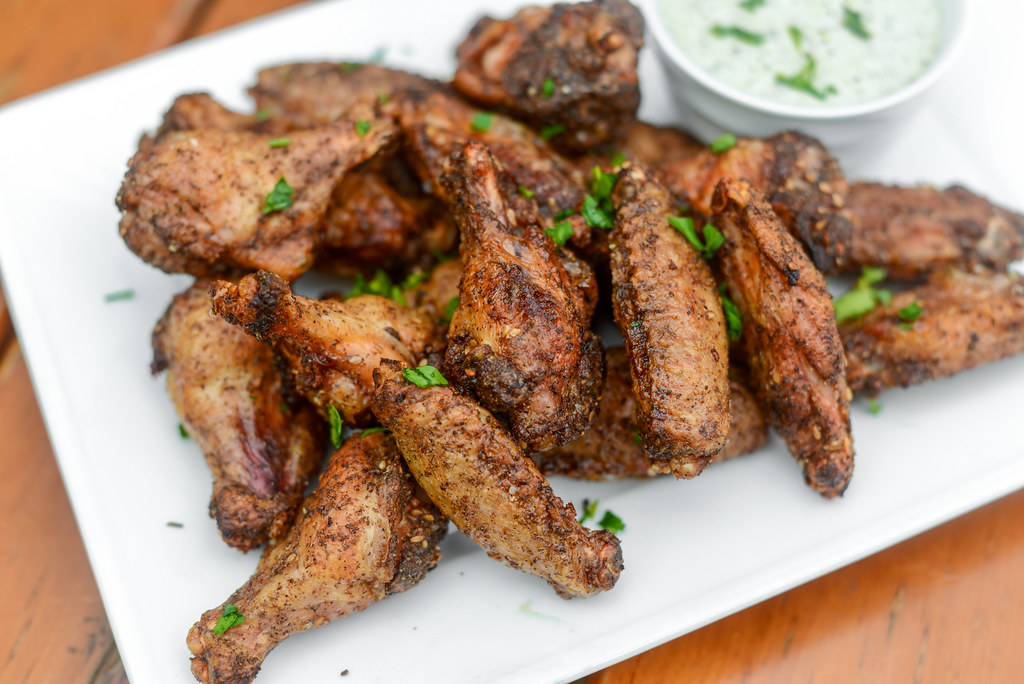 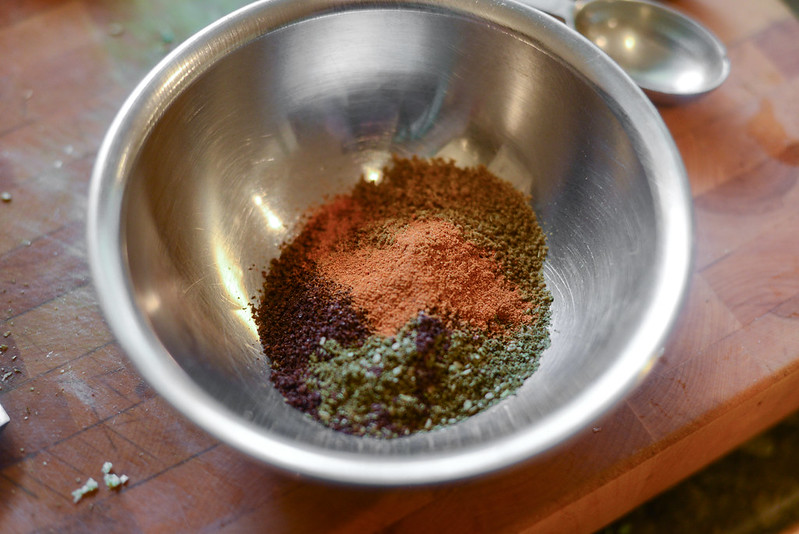 If you're not familiar with za'atar, getting acquainted with it should definitely be on your to-do list for this year. This Middle Eastern spice mixture is made up of dried thyme, sesame seeds, and sumac to create an herbal flavor with a nice lemony touch and a slight roasted and nutty flavor. It's especially good on pita, but it's pretty versatile and I thought it would make for an excellent chicken wing. I mainly used za'atar here (adding in a little more sumac because my store-bought version was lacking that spice) plus hot paprika for a bit of heat and cumin to add an earthy undertone. 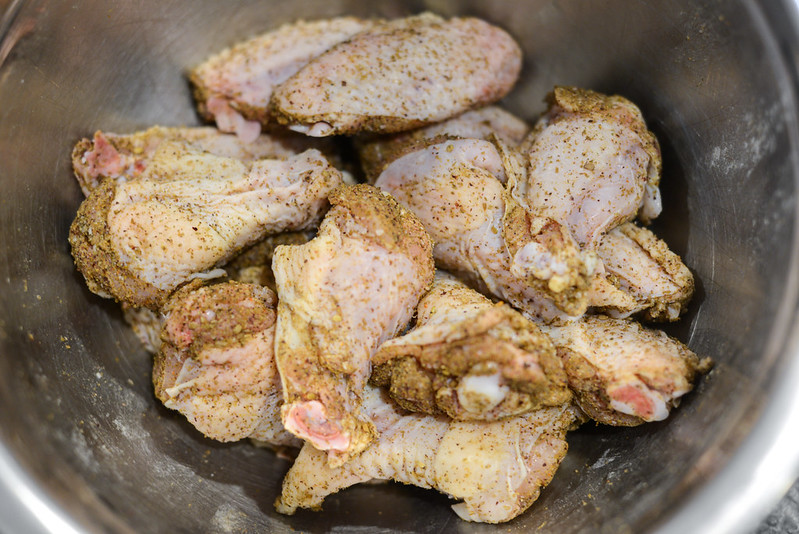 I also added a tablespoon of baking powder to the spice mixture before coating the wing in it. This special ingredient helps create a crispy and textured skin on the chicken during grilling, giving it a final consistancy that isn't far off from fried wings. 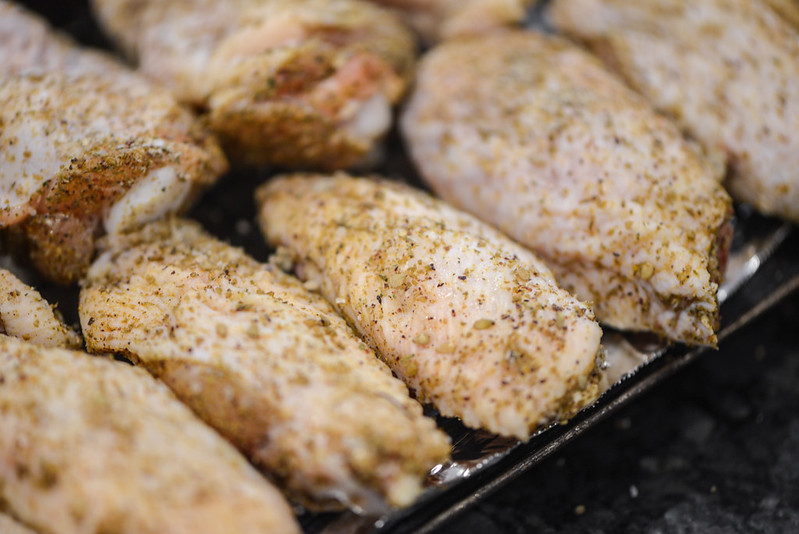 Once I had my three pounds of wings seasoned, I set them on a wire rack set in a baking sheet and placed the entire thing in the fridge overnight. Along with the baking powder, air drying the wings like this will further aid in getting a cracking skin and is step you should not skip if your looking to make the best of the best grilled wings. 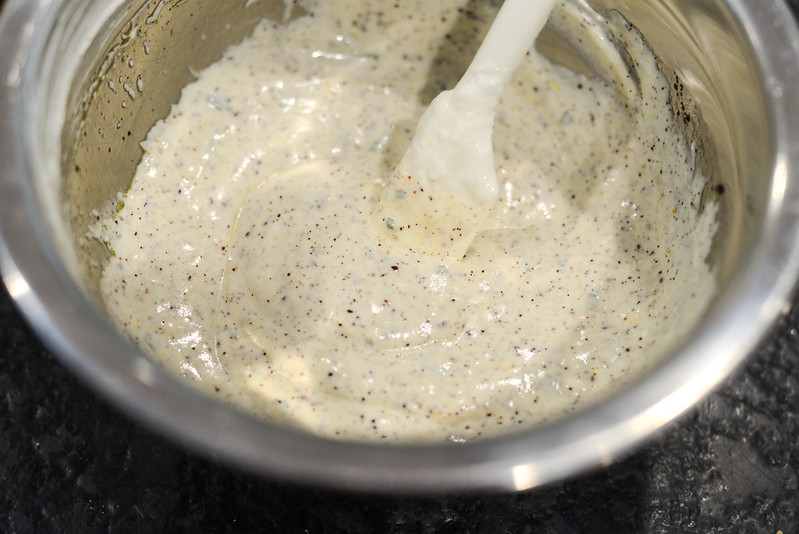 A theme you'll notice in this year's Wing Month is dipping sauces. I realized most of my past recipes didn't include dips, even though they're so synonymous with wings. This is probably because I personally forgo dipping sauce, especially with the usual Buffalo wings that I prefer without anything added. I was missing out though on a whole additional level of flavoring and probably went a little extreme with included a dip in just about every new wing recipe this year. For these za'atar wings, I put together a bright and lemony yogurt-based sauce with a touch of mint that I thought would compliment the spices used in the wings well. 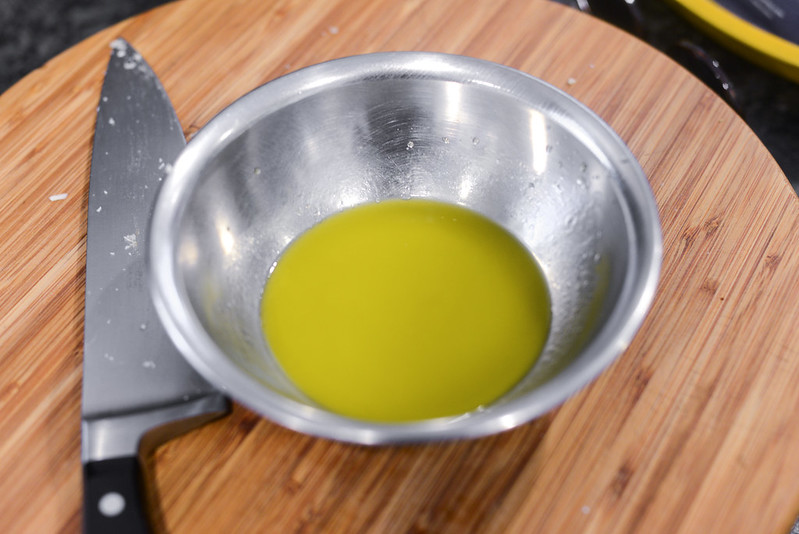 I also put together a finishing sauce for the chicken itself, combining olive oil with garlic and lemon juice. I thought this would round out the Middle Eastern flavor profile and would really make these wings pop in the end. 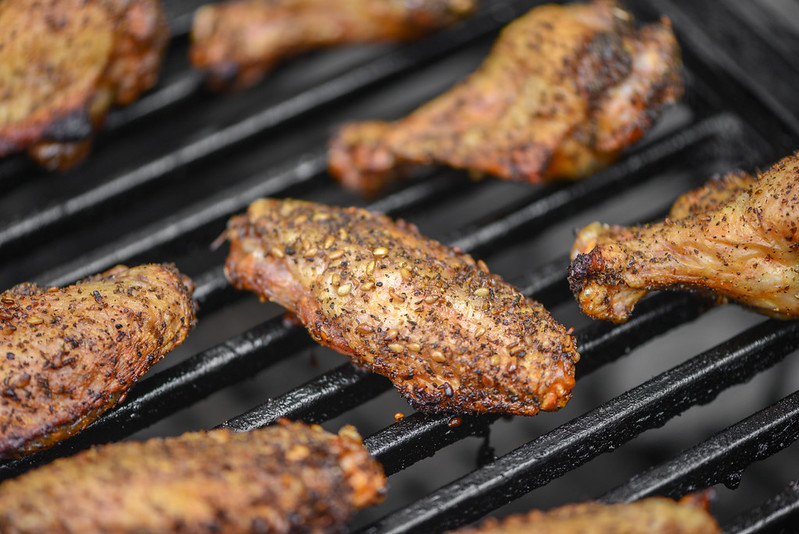 To grill the wings, I set-up a two-zone fire with all of the coals arranged on one side of the charcoal grate. I then put the grill grate in place, set the wings on the cool side of the grill, and covered, situating the air vent over the wings so the heat and smoke would pass over the chicken before exiting the grill. For me, grilling the chicken in this indirect manner with a hot fire has always resulted in a cooking time that clocks in at 45 minutes, and things were no different here. 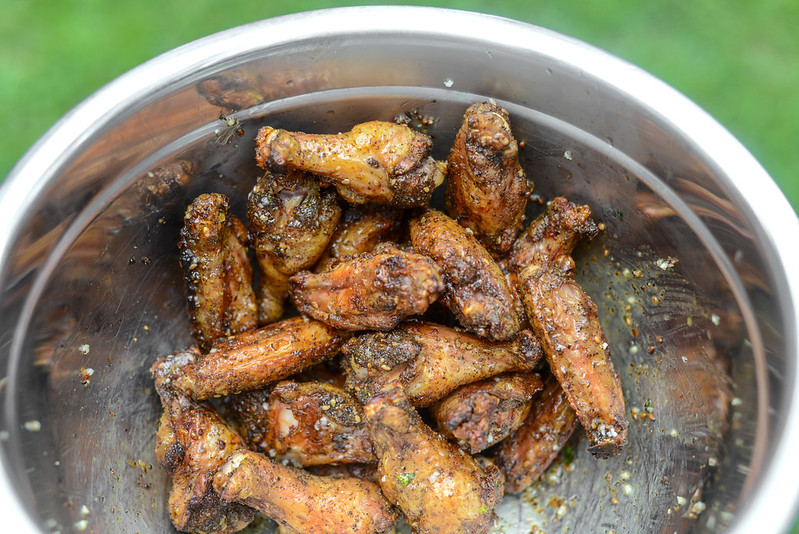 At that mark, the wings were well browned and the skin was totally crisp to the touch. So I transferred the chicken to a bowl, added in the finishing sauce, and tossed to coat. I then arranged the wings on a platter and set them out for consumption with the dipping sauce. 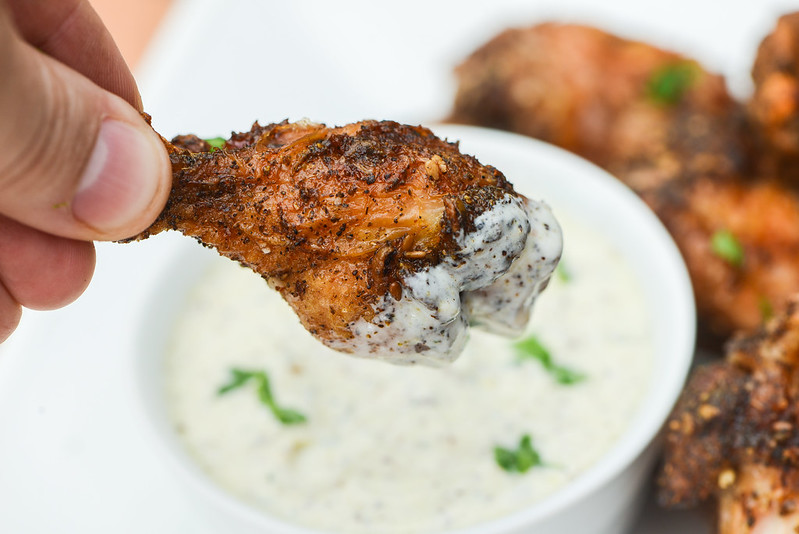 I'm going to guess you've probably have never had wings quite like these before. The za'atar made them really unique, but it was the entire spectrum of flavors together that elevated them to some of the my favorite wings of the year. Along with the earthy and herbal crust that had a nice bite of garlic and citrus brightness, the meat had a light smokiness that was a great compliment. A little dip in the yogurt sauce added a cooling creaminess and extra layers of complexity to the flavors already established on the chicken. These za'atar wings represent a strong start to what will be an extra-packed, and extra-delicious Wing Month that is only going to get better! 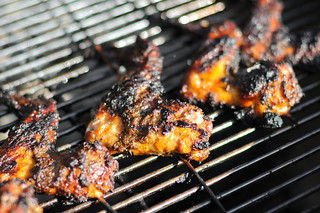