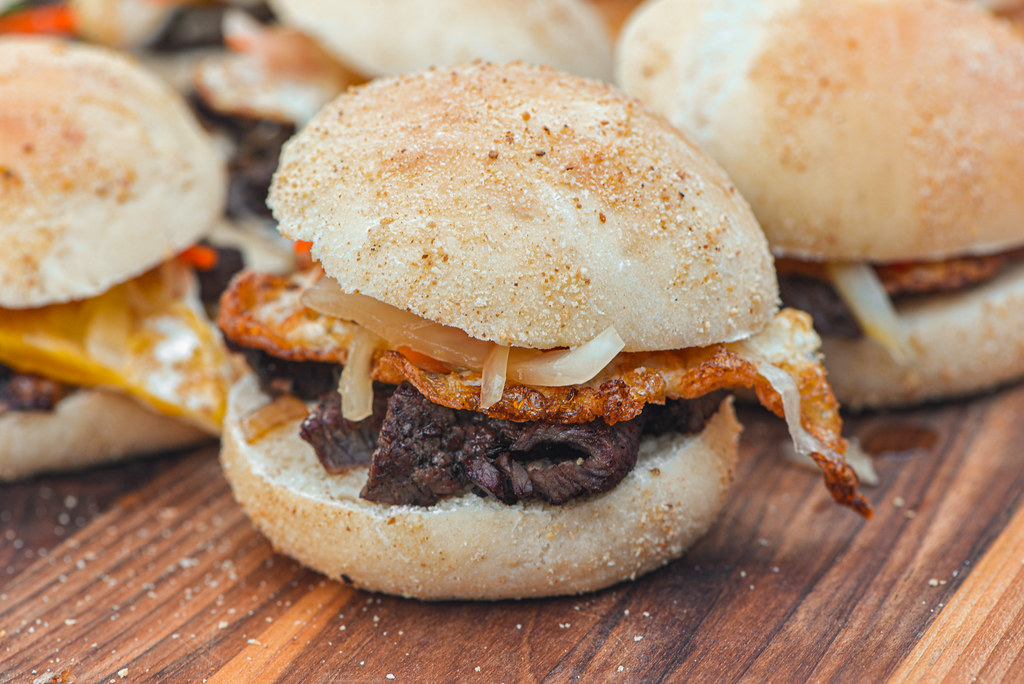 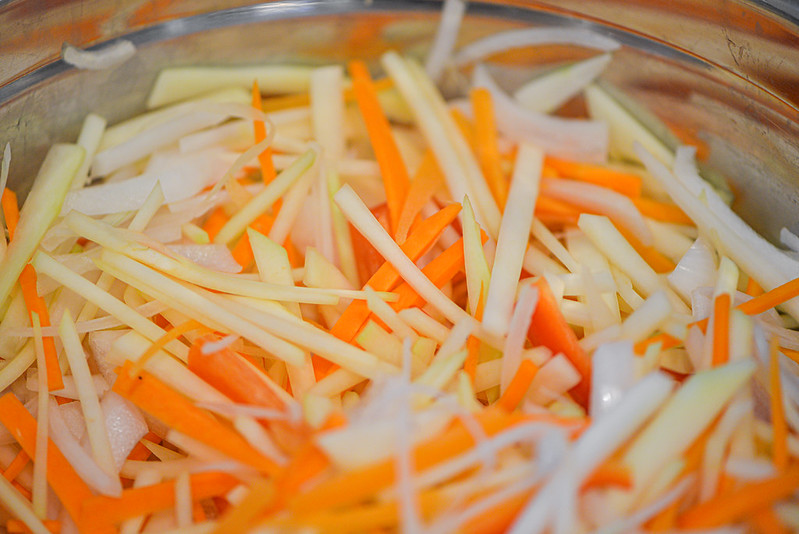 My recipe started off with achara, which is a pickled green papaya condiment often served with grilled foods. I actually had never made this before, so I was excited to learn one more thing to add to my Filipino repertoire. It started off with julienning one whole green papaya, a couple carrots, a red pepper, and half an onion. I then placed all of those veggies in a bowl, tossed them with salt, and left the bowl in the fridge overnight to allow the salt to extract moisture from vegetables. 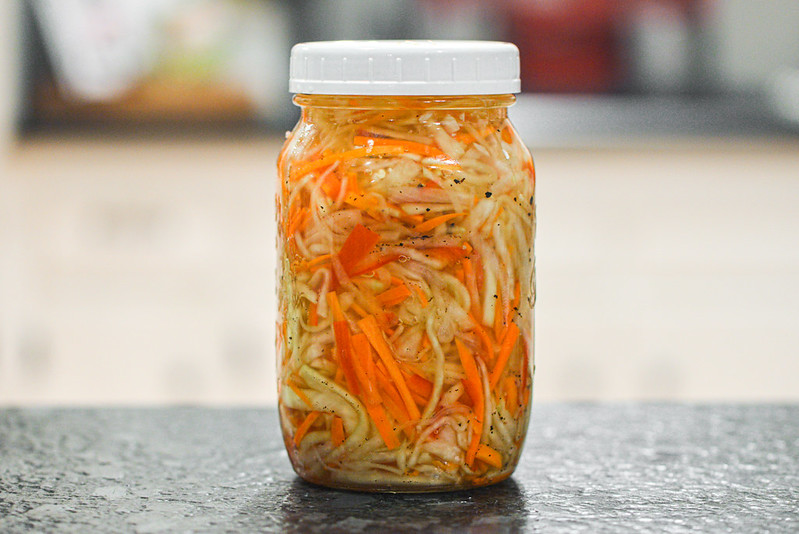 The next day I washed the veggies, squeezed them dry, and then loaded them into a glass jar. I then made the pickling liquid which consisted of cane vinegar, sugar, garlic, ginger, and a hot pepper that I brought to a boil altogether, then let steep before pouring it over the veggies. Then the entire jar of achara went into the fridge, where it stayed for a few days until I was ready to use it. 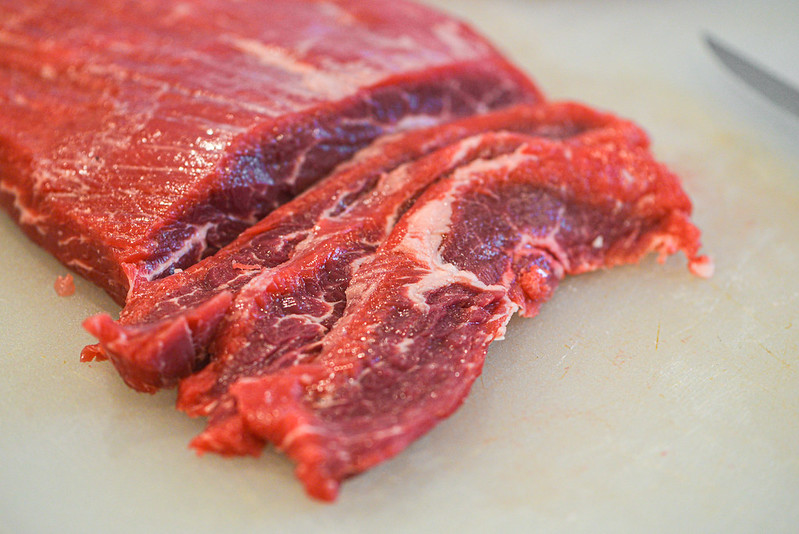 Unlike achara, bistek is something I've made a couple times prior to this, but a traditional recipe calls for marinated steak to be cooked in a pan with onions, so I had some work to do in order to adapt it into a grilling scenario. I started off with the flank steak I usually use for bistek, and cut the meat into 1/4-inch strips against the grain to prepare it. 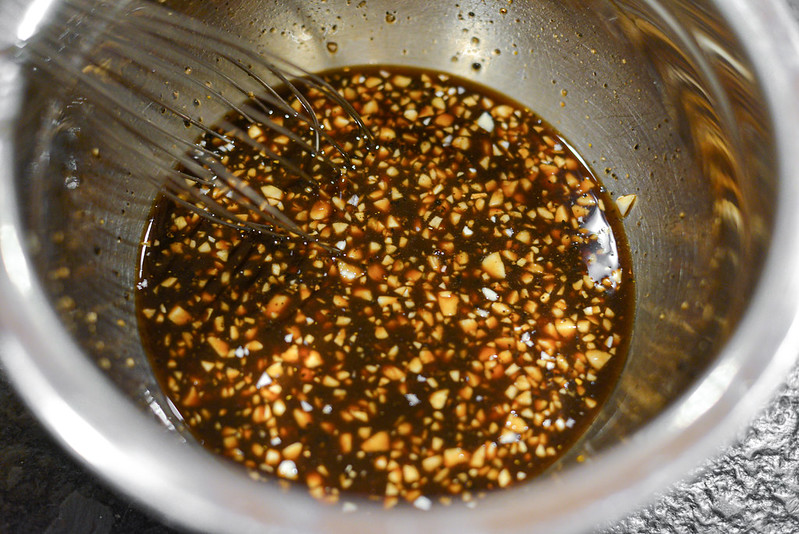 I then made the marinade, which was comprised of calamansi juice, soy sauce, garlic, brown sugar, and black pepper. If you're not familiar with calamansi juice, it's worth searching it out either in the preferable fresh fruit form, or bottles of the juice from concentrate. Its flavor isn't quite like any of the readily available citrus at supermarkets, but if you can't get your hands on any, lemon juice with a splash of orange juice is an okay substitute. 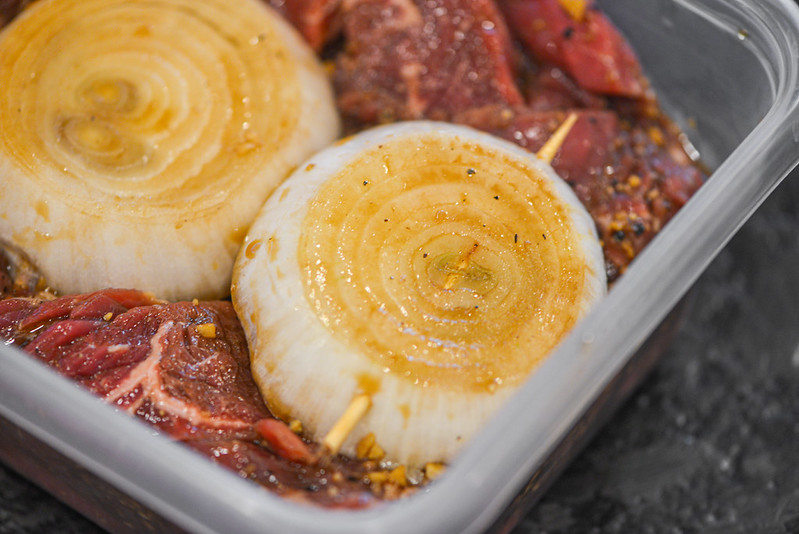 I married the marinade and meat together in a storage container, then rested some onion rings that I had skewered on top. The onions were the main head scratcher on how to work them into the recipe because under normal circumstances they would have been cooked along with the steak, where they also pick up a decent amount of flavor of the marinade. In order to mimic that, I actually made sure they were pretty well coated with the marinade prior to grilling. 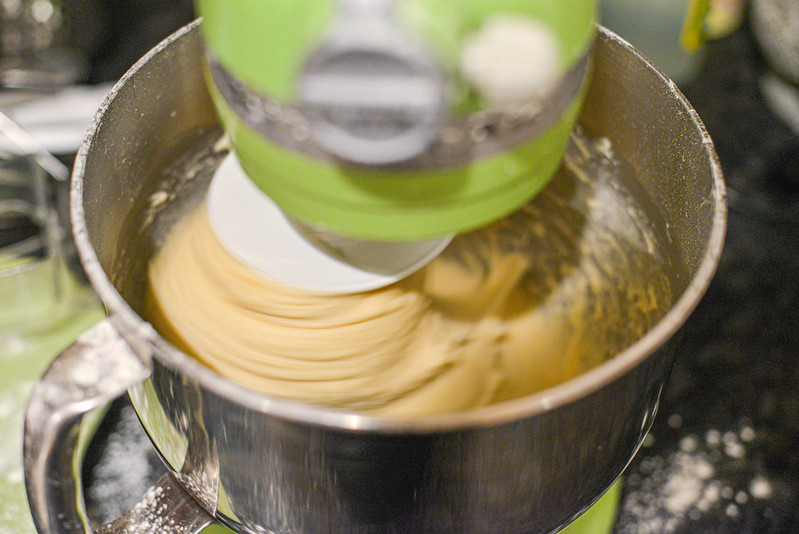 Back when I was in New York, it was easy for us to get fresh pan de sal—Filipino rolls—so we commonly opted to avoid the hassles of bread baking and only attempted to make our own once before. That's not true here in NC, so the morning of the Meatwave, I woke up early and tried my hand at pan de sal production. I had written down a recipe based on a few trusted sources, but when putting together the dough, it seemed like the flour to liquid ratio was way off since my dough had come out very wet and sticky. So I tinkered with the amount of flour until the dough came together in a familiar way. 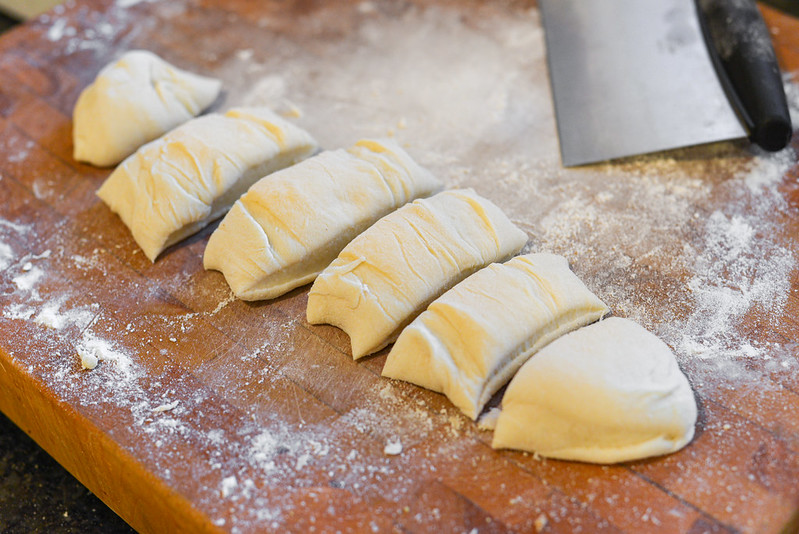 After the initial rise, I divided the dough into large pieces that I rolled out into log shapes, then divided into six small roll-sized pieces each. Next, I formed those small dough pieces into balls and rolled each in breadcrumbs, which is a defining characteristic of pan de sal. Not all the dough balls were tacky enough for the breadcrumbs to stick, so when that happen, I merely wet the outside of the dough just a bit and that solved that problem. 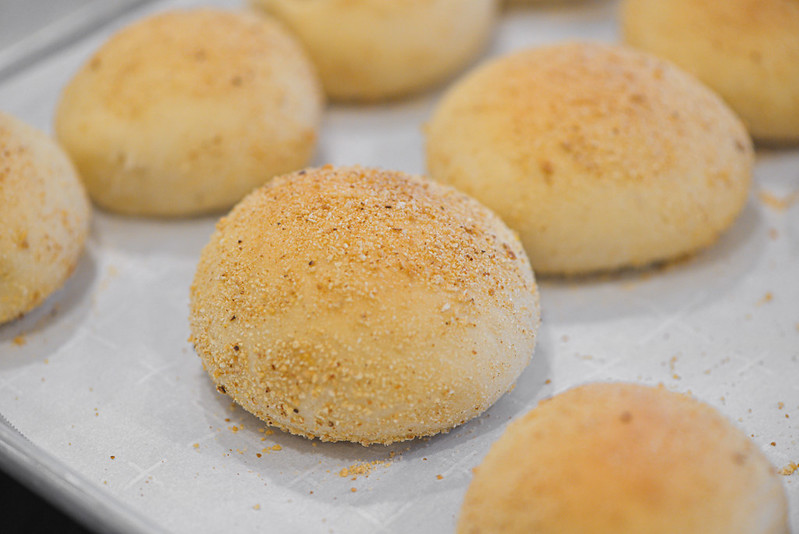 The rolls baked up to be beautifully light brown and look like picture perfect pan de sal. Like most bread, pan de sal is really best right out of the oven, so my wife and I partook in some piping hot rolls right away, which had the light texture and slightly sweet taste we would expect from pan de sal. 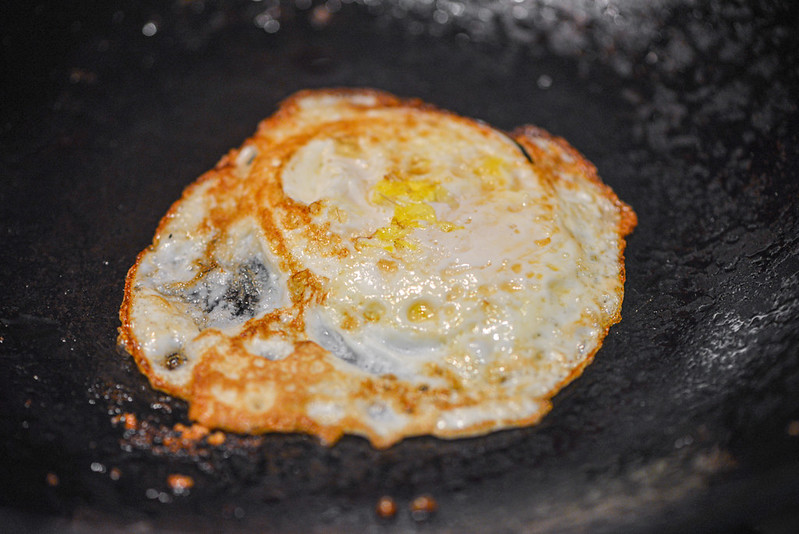 I kept going back and forth on whether to add an egg to these sandwiches—I had originally conceived the recipe to use beef tapa, which is a salty breakfast meat not too dissimilar from bistek. So that put egg on my radar for this recipe, and eggs are definitely a common item to grace plates of Filipino food. What it really came down to in the end was that I ended up with a spare 10 minutes, which provided me the time to make the crispy fried eggs I was envisioning on these sandwiches. 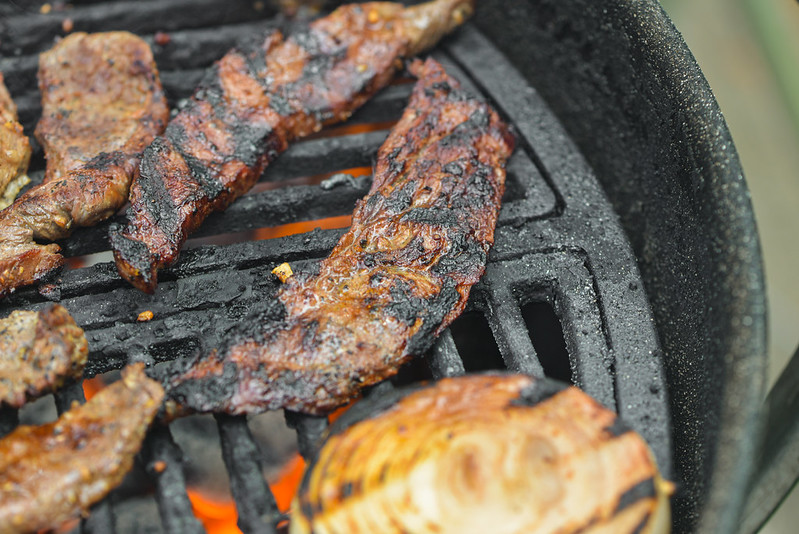 One thing I knew would change when taking bistek to the grill was that final product would not have the sauciness the traditional dish has. I grilled up the steak strips to be well browned, and they certainly looked delicious, but didn't have the glossy sauce that's usually coating both the steak and onions. While that was different, the marinade did embed the right flavor, so both items had the salty, savory, and citrus notes I was after. 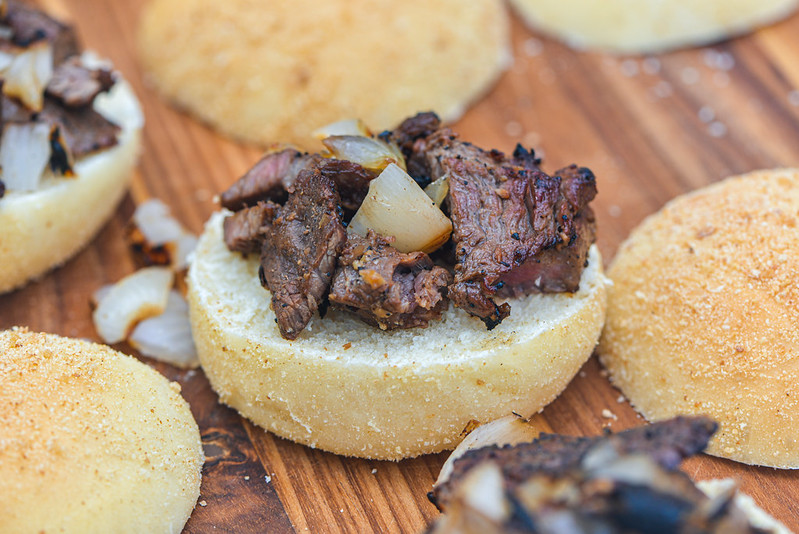 Once the steak and onions were done, I roughly chopped both of them up. I then sliced the pan del sal horizontally and assembled the sandwiches by first putting some steak and onions on the bottom, then half of a fried egg, and finally a helping of achara. 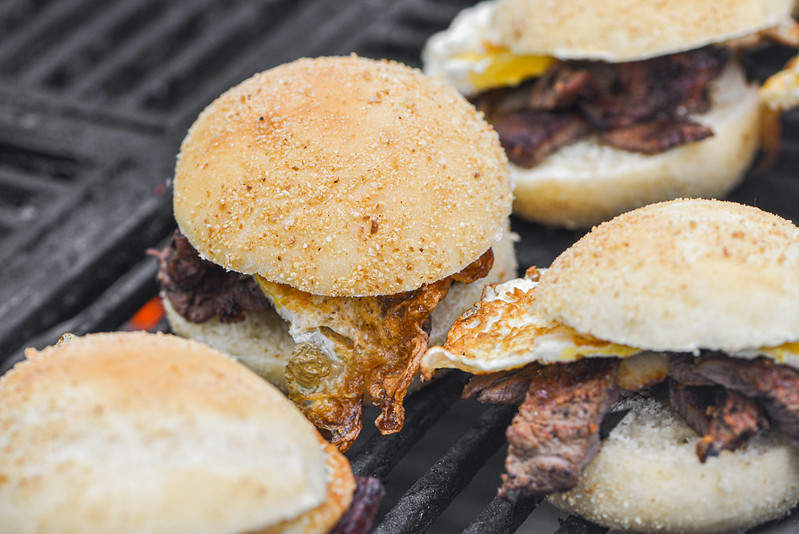 To warm up the rolls and eggs, the little sandwiches needed to go on grill, set over indirect heat and covered. It took a few minutes for the rolls to be completely soft and warm throughout again, which I felt was a requirement for serving the best pan de sal. 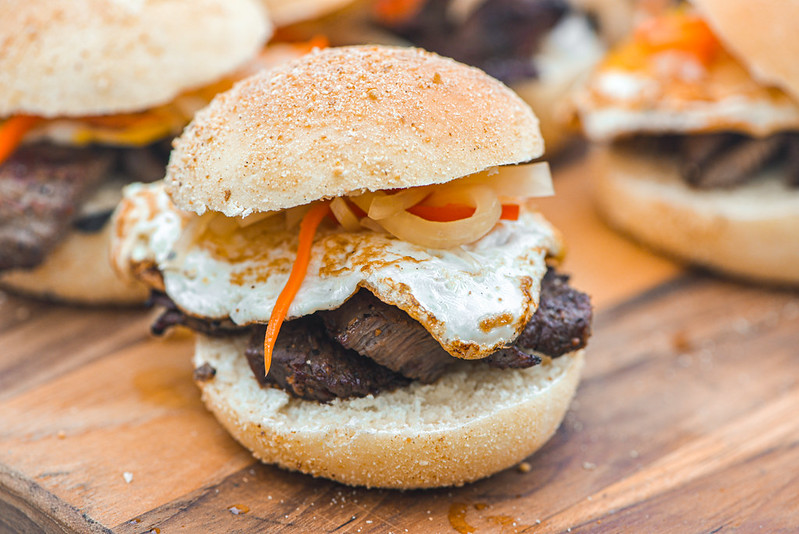 The final sandwiches were, at the same time, something I had never really experienced before, and also a great delivery of comforting Filipino flavors. The steak held a deep soy sauce and calamansi flavor with a strong touch of garlic that made it taste immediately Filipino, while the acharaca brought the vinegar tang, and the rolls a nice contrasting sweetness. I felt the egg was pretty critical in the end, cementing the overall theme and heightening the heartiness. This recipe certainly delivered in giving me the opportunity to introduce my friends to a number of Filipino tastes in one small package, making them one of the many successes of that day.