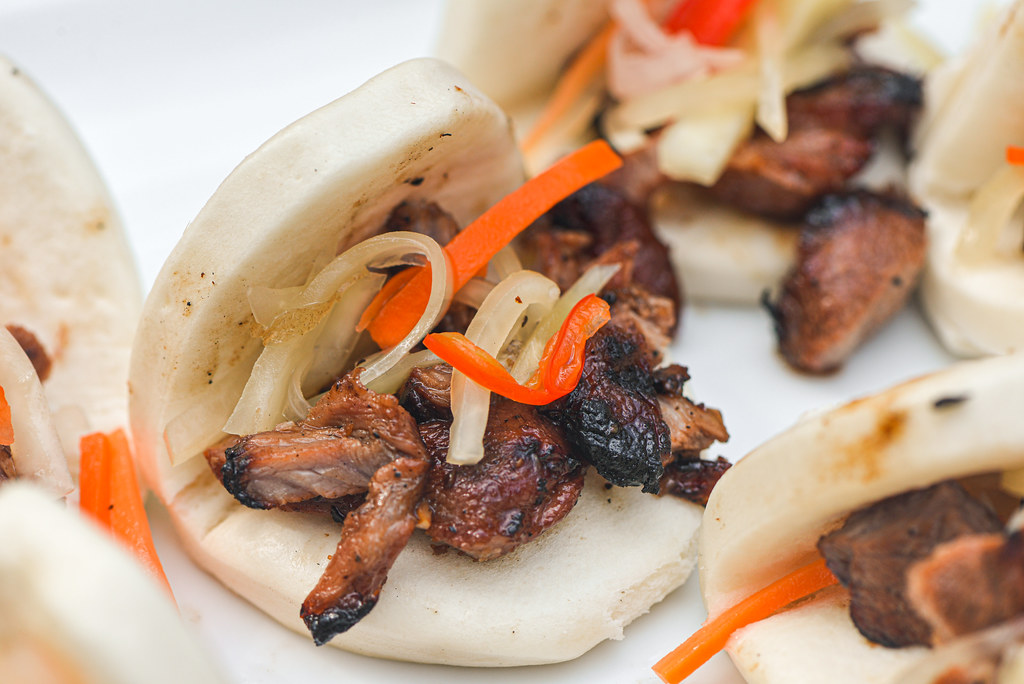 While writing a recipe blog always keeps my brain thinking creatively, it can also be easy to fall into ruts. A constant need for content has me looking at where I've been and new ways to move forward. Sometimes the word "new" is used loosely though, "rehash" is more apt. The latest trend I fine myself caught in is putting an old recipe into steamed buns with some toppings and presenting it as new. I've done this with pork belly, burnt ends, char siu, and now Filipino barbecue. I should probably be looking to move on the next thing, but the reality is that these buns always seem to turn out awesome, are loved by guests, and are particular well adapted to my style of cookouts where small, handheld bites are key. So, while this may start feeling repetitive, this is not likely to be the last remixed bao recipe you get from me. 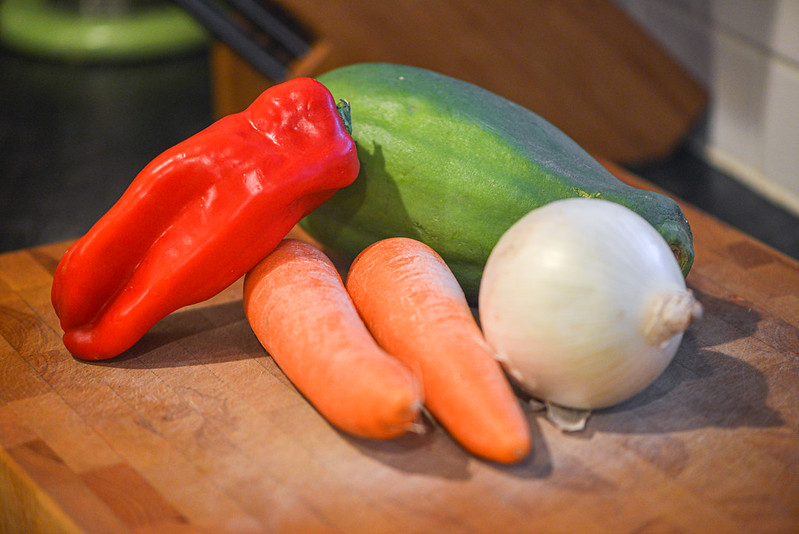 I'll give myself some credit thought in the fact that these recipes are not pure repeats—I try to form new flavor combinations by what I decide to put into the buns as well as bring new recipe components into the fold. For these baos, that portion of the recipe was filled by achara, which is a Filipino pickled green papaya condiment often served alongside grilled meats, making it feel like a really fitting choice here. 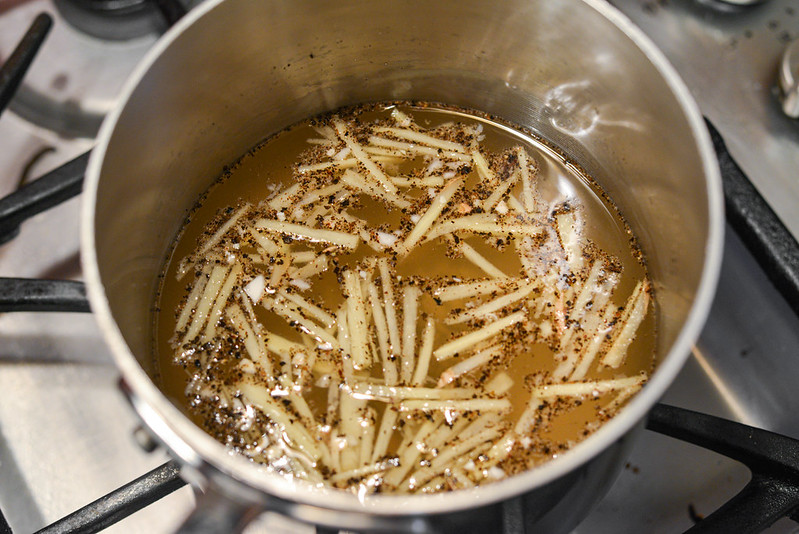 After julienning a green papaya, red pepper, onion, and two carrots, I tossed those veggies in salt and let them sit overnight to extract moisture. The next day, I washed and dried the vegetables and placed them in a glass jar and made the pickling liquid which consisted of some very ubiquitous Filipino flavors that included cane vinegar, sugar, garlic, and ginger. I tossed in some Fresno chili slices for a little heat too, which is optional. After marrying the brine and veggies, I put the jar containing both in the fridge until I was ready to serve. 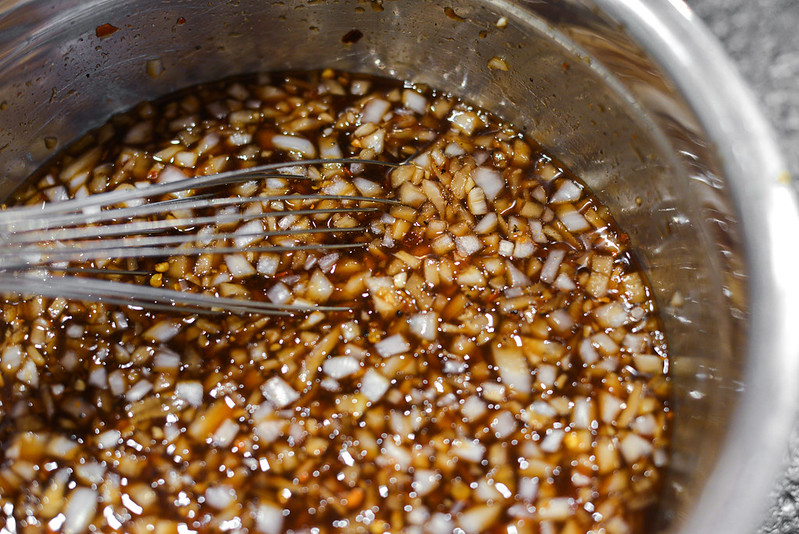 As long as we're talking about rehashes, Filipino barbecue shows up many times in my blog. In my earlier days, I shared my failures along with the successes, and after my first incarnation of this sweet, marinated grilled meat was posted, it was only a few weeks later that a much improved version followed, and that's the same one I use to this day. The recipe actually came from my Uncle-in-law and was delivered as only a list of ingredients that I had to take some time to formulate into a repeatable recipe with measurements. 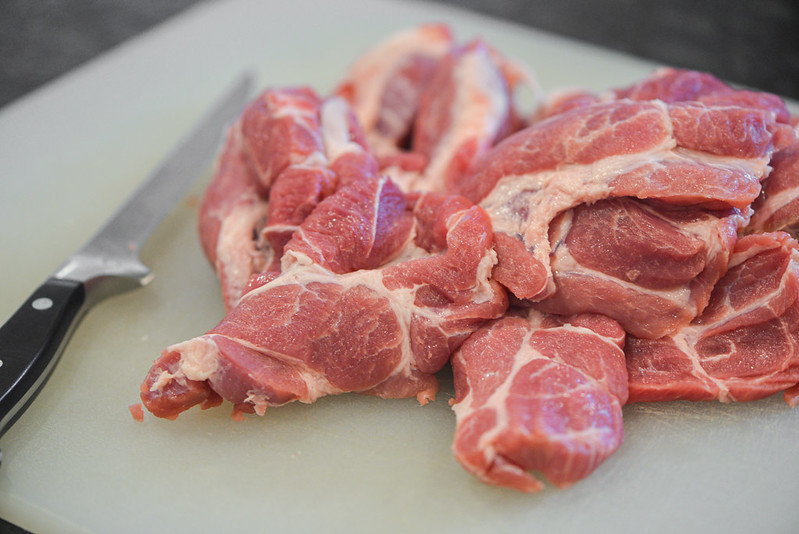 Pork shoulder is my cut of choice for Filipino barbecue with its flavor and fat content being the right match for the strong savory and sugary marinade. I usually cube my pork shoulder and then cook it on skewers, but for these baos, I wanted much smaller pieces, so sliced the shoulder into strips roughly 1/4-inch thick. 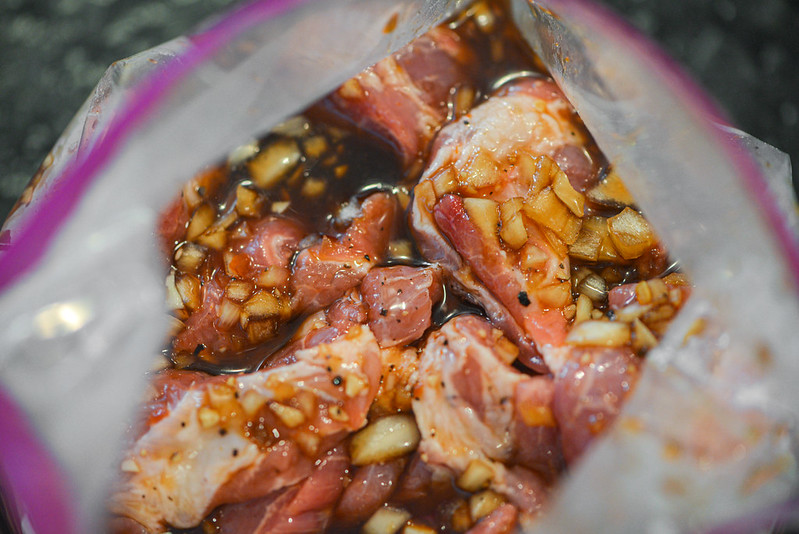 I then placed the prepared pork in a large resealable bag, poured in the marinade, sealed, and set the bag in the fridge overnight. Despite the high acidity of this marinade thanks to its soda base, longer marinating times seem only to be beneficial for Filipino barbecue, rendering the pork both more flavorful and more tender in my experience. 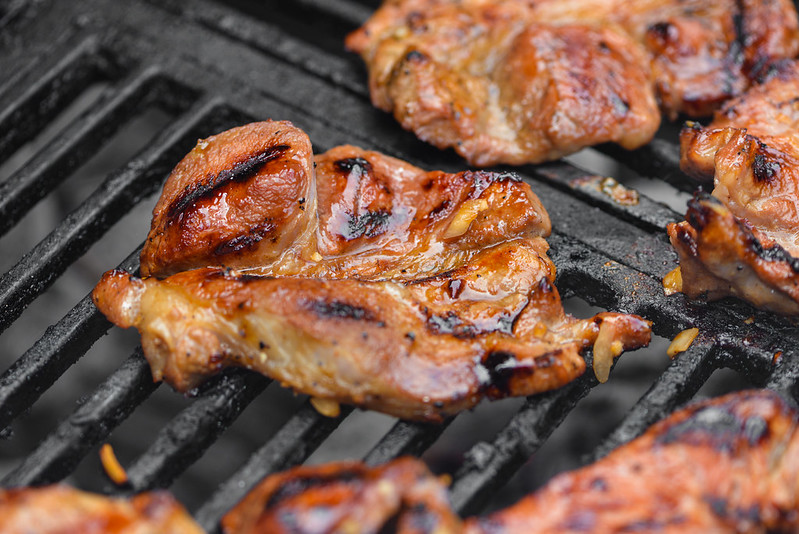 The next day I took the pork to the grill, cooking it over high heat to get that glistening, caramelized crust which is a hallmark of the best Filipino barbecue, in my opinion. Since the slices were pretty thin, I wasn't cooking the meat to a specific doneness, but rather to an exterior appearance, knowing that by the time the pork had browned deeply, it would no doubt be cooked throughout. 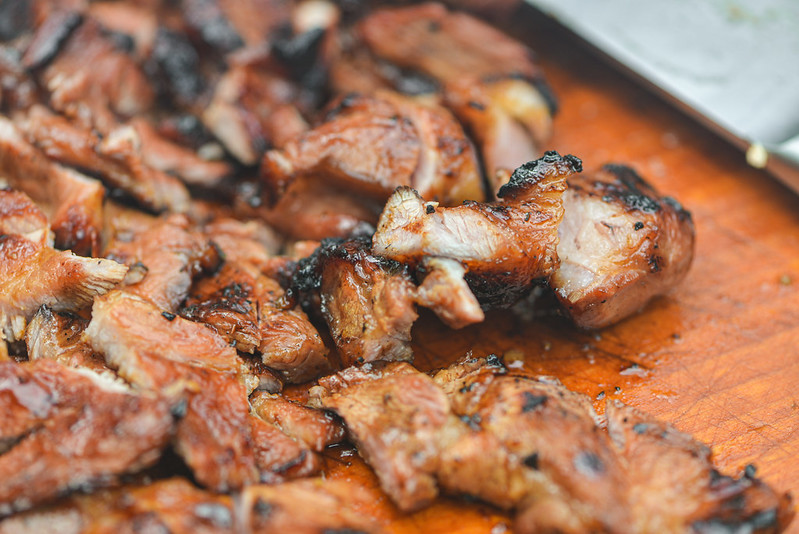 As the pork pieces finished, I moved them to a cutting board, and once they were all done, I roughly chopped the mound of glistening pig to create smaller pieces that were better adapted to be used in baos. I next quickly steamed the buns using a wok with a wooden steamer set in it on the stove—it's crucial to do this part right before serving for the most tender buns. Then it was just a matter of putting some barbecue in each bun, topping with achara, and serving. 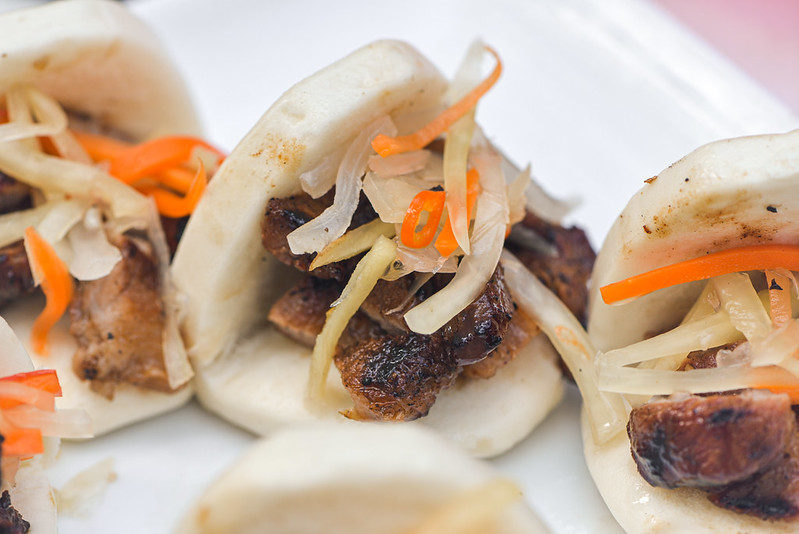 When I started writing this post, I was thinking I need to cut back on the steamed bun recipes, but now that I'm at the end, I'm feeling like I need to do more, no matter how receptive it is becoming. Looking at the photos and recounting the process brought back how, while this was based off of an old recipe, the end result was really something different. That pillowy steamed bun made all the difference in transforming something that I usually equate as being a heavy meal into a lighter and full flavored snack. The ample sweet and savory flavor that makes Filipino barbecue so good was still present, but having the achara in each bite provided an important contrasting tang that cut through the fat, while the bun delivery method limited the amount of heavy meat that was in each bite and added and airy touch. So more buns it is, and based on how good this one was, that's something I feel confident about doing over and over again. 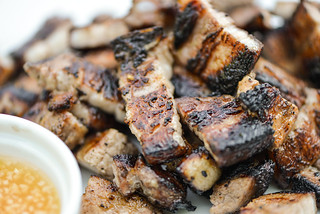