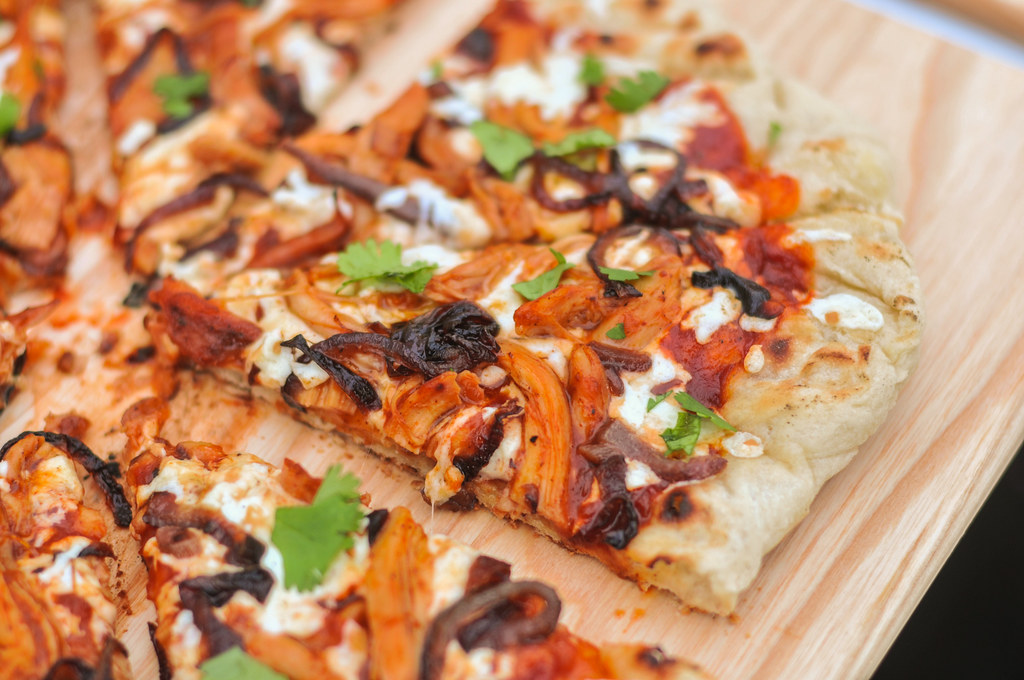 My first competition of the summer is coming up in a few weeks, and planning for it is slowly taking over every inch of space in my brain. I'm at a stage right now where I'm constantly going back and analyzing what I did last summer, and thinking of how to improve on that to be a real competitor for those top stops in each category, plus have a shot for the real glory in being awarded the honor of grand or reserved grand champion. For barbecue, this is pretty straightforward—continue working on my chicken, ribs, pork, and brisket recipes. For grilling, the question is much more perplexing, because within each category not only is quality of the dish key, but there is the added dimension of figuring out the right thing to cook that would appeal to a diverse set of judges.

Last summer I may have over-thought and overcomplicated things, making dishes that were delicious, but burdensome on myself as a cook with no real indication that exhaustive work would pay off with the judges. This barbecue chicken pizza is a great example—it's an incredible combo of toppings for a pie and I'm damn proud of it, but each ingredient needed to be individually prepped and cooked, and in the end, a well grilled pepperoni pie had the potential to fare as well or better. 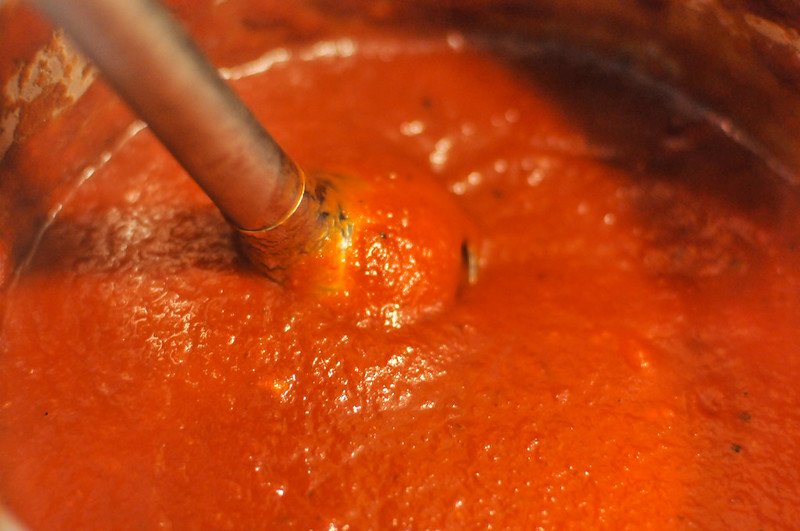 When coming up with the idea to grill a barbecue pizza for competition—I got the inspiration from a similiar pie I saw in Lucky Peach and thought, "How could this not do well with judges who love barbecue"—I broke down the entire pie and built it from the ground up. It probably would have been good enough to use a barbecue sauce as a base sauce, but I wanted to go deeper and made my own hybrid pizza/barbecue sauce from scratch. I basically approached it from a standard barbecue sauce recipe, but scaled back on ingredients like vinegar, molasses, and honey to give it a heavier tomato character with lighter hints of sweet and tangy barbecue flavor. 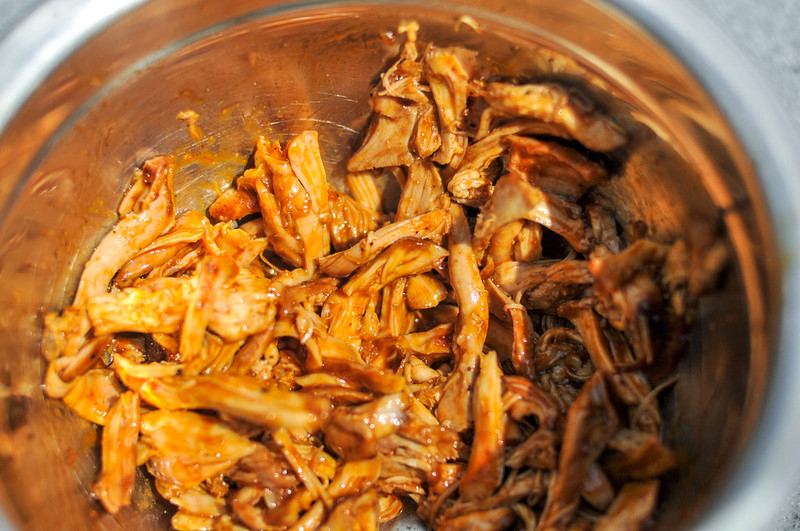 Then for the meat, I thought smoked, pulled, and sauced chicken would be perfect. Of course, this meant I have to first rub down a set of chicken thighs, then smoke them until cooked through. After that there was a ten to fifteen minute cooling period until I was able to pull the meat from the bone, and finally the chicken was tossed with barbecue sauce and ready for pie placement. That represented almost an hour of work for one topping. 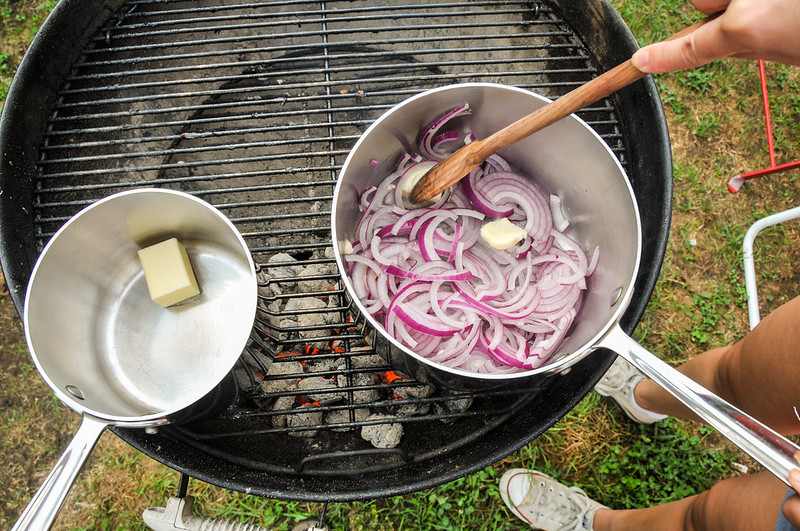 That wasn't enough though, I felt like the pie needed more, and red onion seemed like the right addition. I could have simply thinly sliced these and thrown them on the pie, but instead I thought caramelized onions would only up my game. So I ventured forth, slowly cooking down a couple red onions until they were completely soft, brown, and delicious. 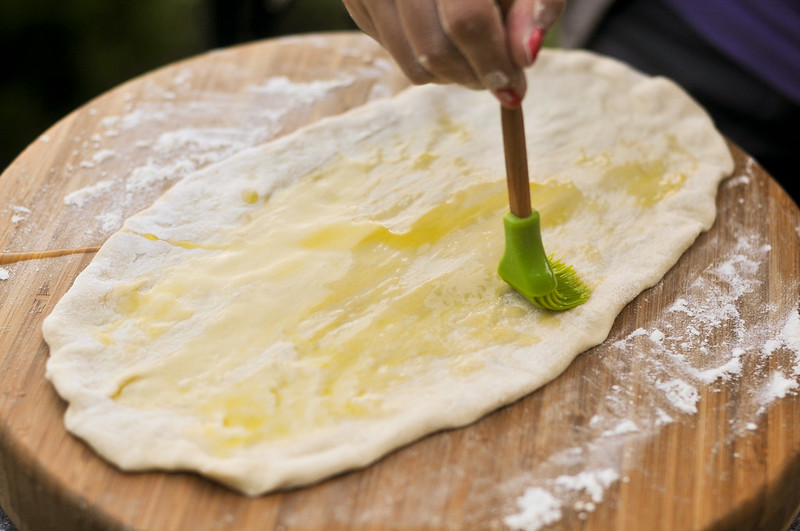 Finally, after about two hours of prep, came the time to actually grill this sucker. I used my trusty approach to grilling pizzas, which began with cooking an oiled dough over direct high heat until the underside browned and crisped nicely. 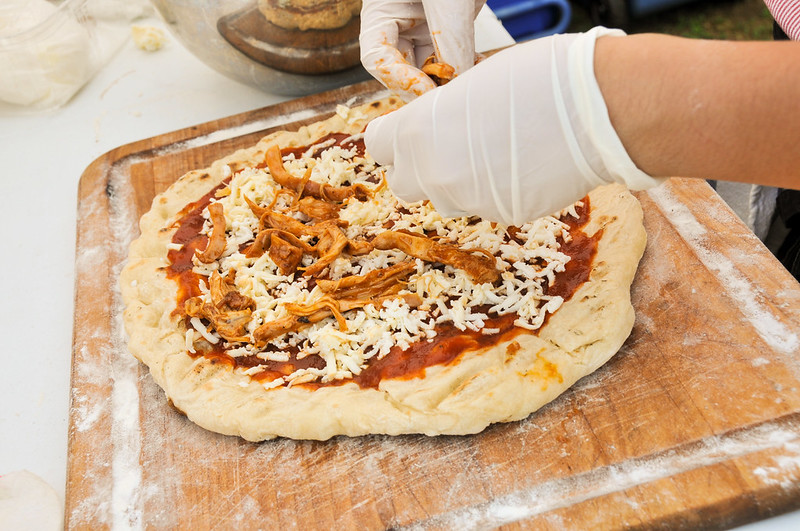 Then the dough was removed, flipped, and the toppings were applied to the cooked side. To further the barbecue characteristics of this pie, I went in with a mix of both regular and smoked mozzarella to add a smoky character. At the competition, topping the pizza took longer than normal, as I needed to ensure every piece would have a sufficient amount of each of those painstakingly prepped toppings. 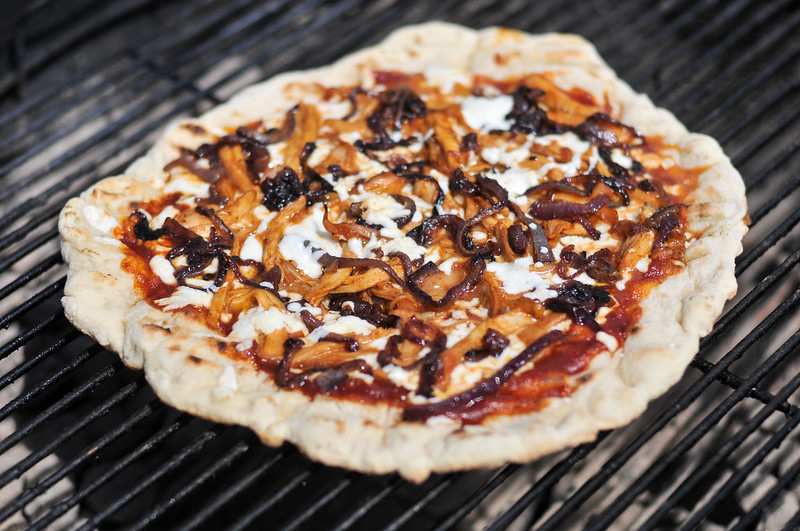 The pie then went back on the grill, this time over indirect heat, covered, and let cook until the cheese had melted and the second side of the dough was cooked through and browned. A sprinkling of roughly chopped cilantro then finished the pizza. 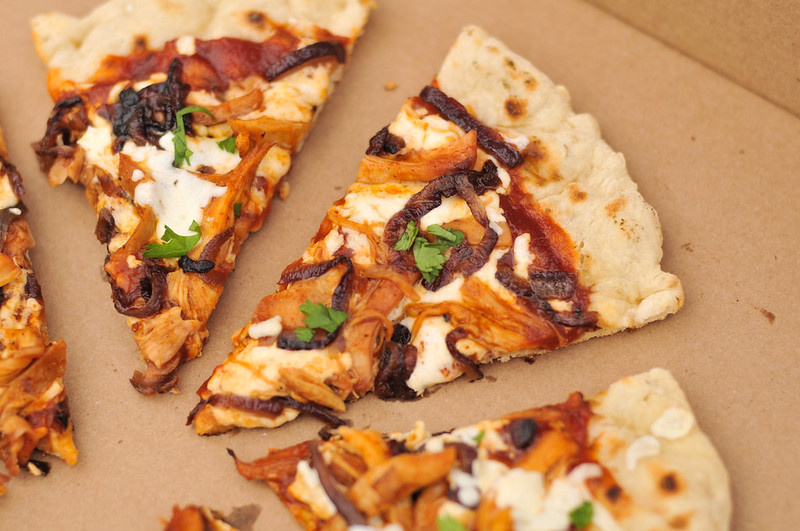 And here's what was turned into the judges. I was bursting with pride on this—the dough was crisp and light and the flavor of the toppings were spot on, having a present, but not overpowering barbecue character that paired well with the meaty chunks of chicken, sweet onions, and fresh cilantro. I was sure all the thought and time that went into this was going to pay of, and in a way it did since we got a call for 6th place in the pizza category, but it more real way it didn't, as I came home with no trophy or money for this endeavor. I'm using this pizza as a cautious tale, and approaching my upcoming grilling competition with dishes that require less work and may be more universally appealing. Who knows if I'm selling myself short going this new direction, but all I can do is venture forth, fingers crossed, and keep learning from each success and failure.