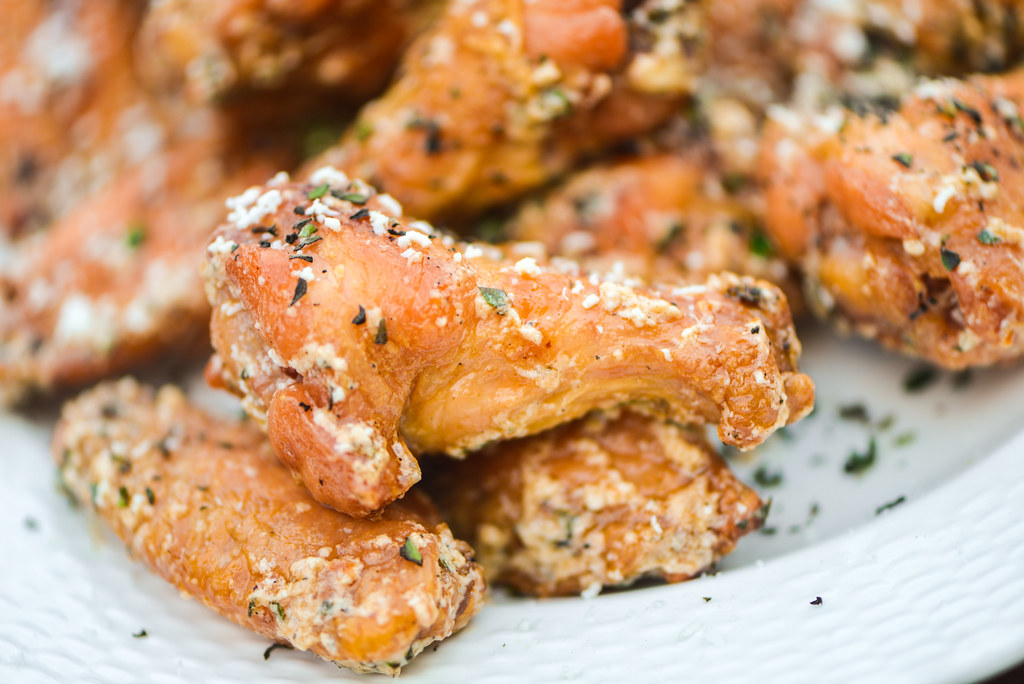 My fondness and understanding of Greek cuisine is only natural having lived in the heavily Greek neighborhood of Astoria, Queens for over twelve years now. Those identifying fresh and acidic flavors are so ingrained in me that I find them influencing my everyday cooking, whether it be Greek or not. So when considering yet another chicken wing variation on my month long quest for new and unique recipes, I turned to the Greek food I know so well to give these wings that distinct salty, tangy, and bright flavor that dominates many ubiquitous dishes. 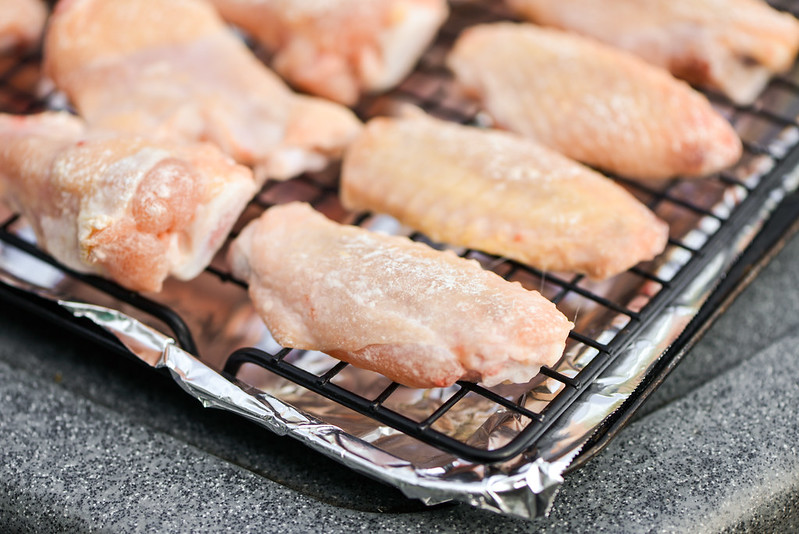 I started the wings as I have with all my grilled and baked wings for years now. That involved patting the wings, coating them with baking powder and salt, and then letting them sit in the fridge for at least eight hours. The combination of the salt, baking powder, and air drying is what helps create a textured, thin, crackling skin that's more often equated with fried wings than grilled. 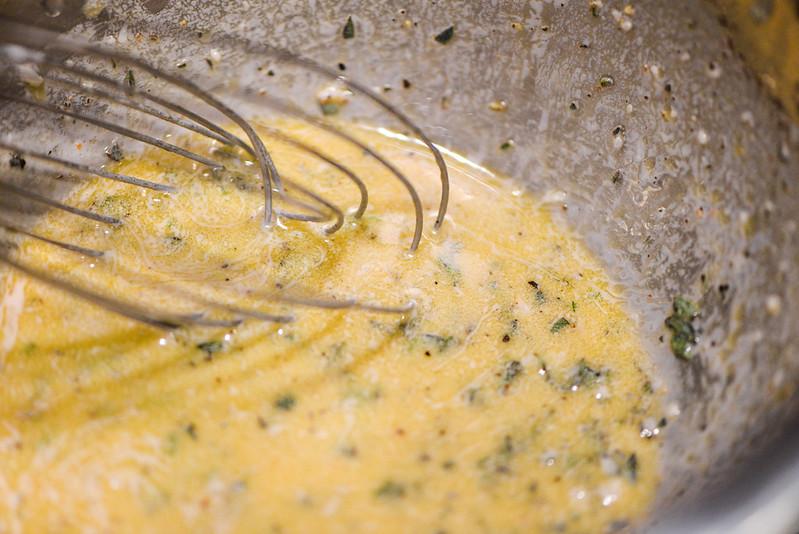 I modeled this recipe after a very successful Italian-influenced wing I made last year. In that recipe I first coated the cooked wings with a seasoned oil, then tossed them with parmesan to create an overall herbal, spicy, nutty, and salty flavor that was pretty incredible. To translate that success into Greek, I began with a sauce whose base of extra-virgin olive oil I mixed with Greek yogurt to add a bit of creaminess, fresh oregano (pretty much a requirement for Greek recipes), lemon juice for brightness, red wine vinegar for extra tang, and garlic to add a slight bite. 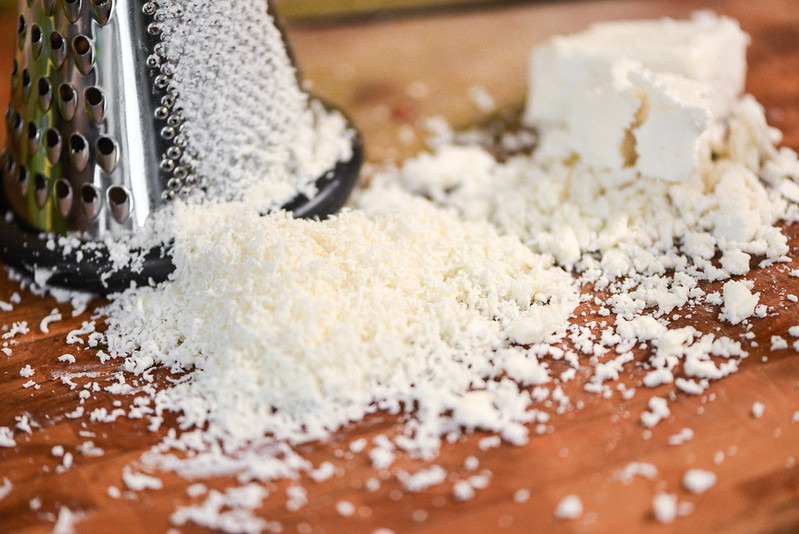 I really liked how the parmesan in those Italian wings added texture and flavor, and thought feta could play a smilier role here. It was definitely more of a challenge to get crumbly feta to grate on the harsh small holes of the box grater than parmesan was, but I managed well enough and ended up with a pile of finely grated cheese the right size and texture for coating later. 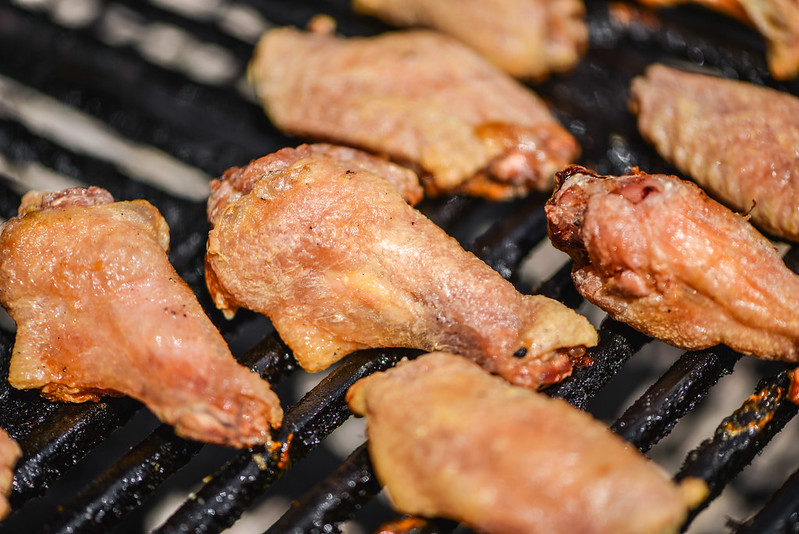 After the chicken wings had finished their rest in the fridge, I placed them on the cool side of a very hot two-zone fire. The high heat here is the last part of the equation to get crisp-skinned wings on the grill. As the wings cook over indirect high heat, the dry exterior combines with rendering fat which results in skin that crunchy and flavorful. Since wings have a decent amount of fat, which keeps the meat from drying out easily, I always cook my wings until the skin reaches my desired doneness rather than the meat—this takes around 40 minutes, which is way more time than it takes for the insides to be fully cooked. 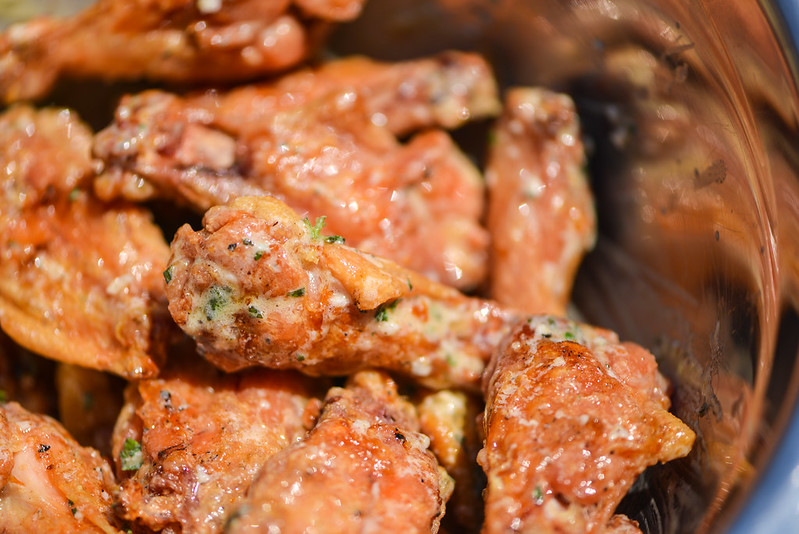 After I had that crackling skin I was after, I moved the wings to a large bowl and poured on the sauce. I tossed to coat the wings evenly in that tangy and creamy mixture. 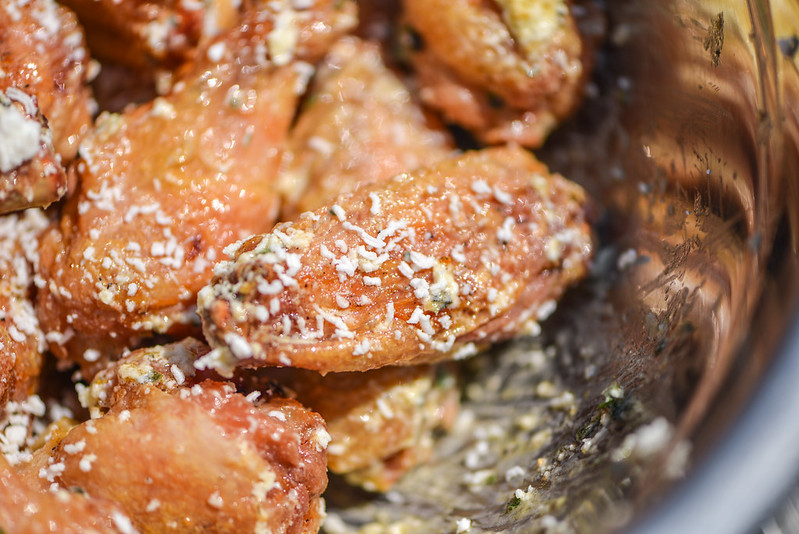 Once thoroughly dressed, I added in the feta and tossed again. The feta didn't cling as well to the wings as the parmesan did, but it was enough to give them the distinct flavor of the salty cheese. 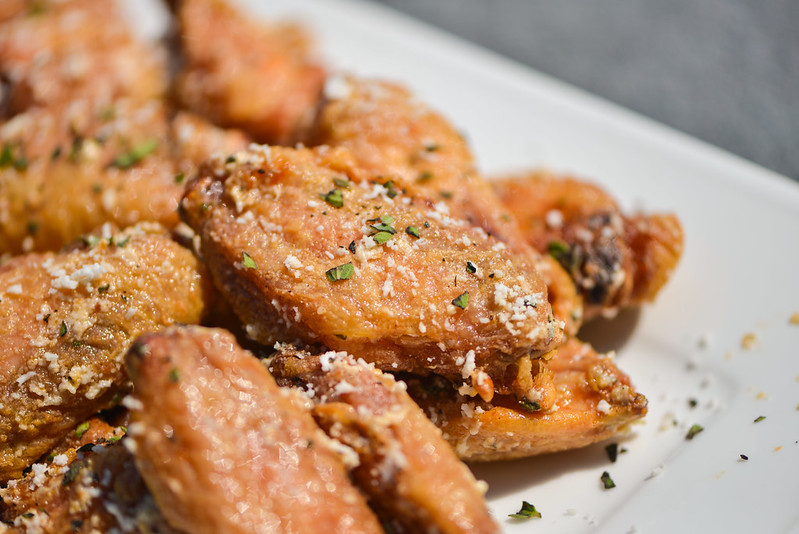 Now I won't lie, these weren't as incredibly awesome as the garlic and parmesan wings, but they had their own charm to them. Despite the massive amount of tanginess in the sauce—thanks to the yogurt, lemon, and vinegar—the final wings ended up being somewhat delicate. They had a mild brightness that was complimented by the fresh oregano and contrasted by the feta. It was a combination that achieved the initial goal of giving these wings a Greek identity, but it wasn't quite strong enough to deliver a power to a food one would rarely describe as "understated." So take that for what it's worth—this is certainly a good wing recipe, but if it's in your face flavor you're looking for, I have a ton of other recipes that'll accomplish that and then some.