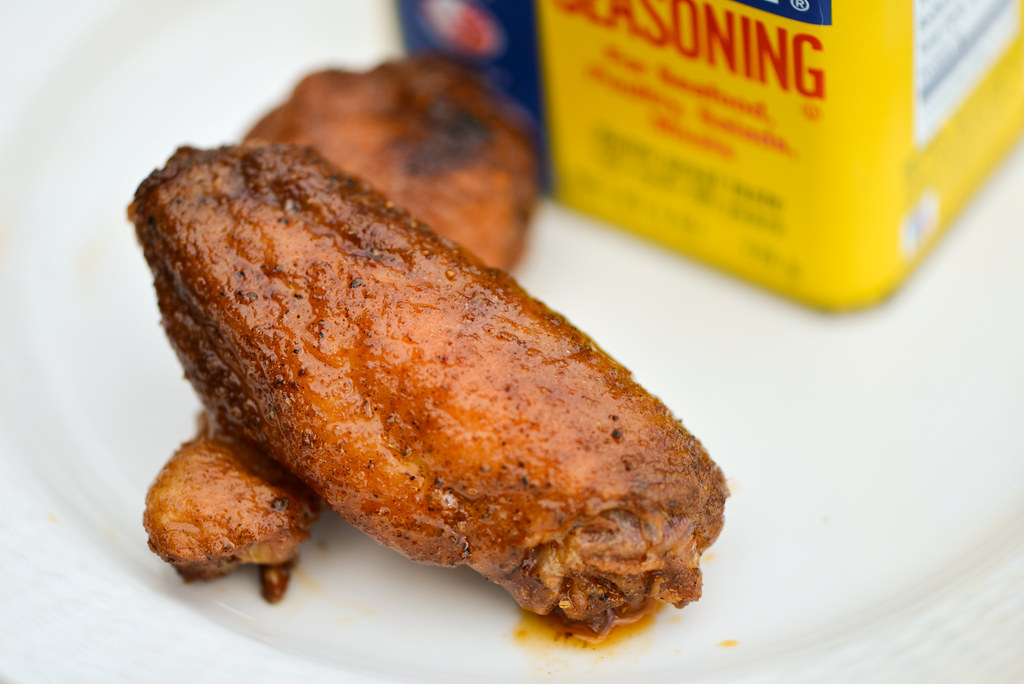 Oh how sad it is, wing month is coming to end. I could easily do a whole wing year, but alas, there are so many other things to grill and smoke that there comes a time to move on. I definitely wanted to end this special edition of the Meatwave with a bang though, which brought me to these Old Bay Wings. It's a tried and true recipe, one I developed years ago and, since then, has proven to be a faithful crowd-pleasing alternative to the standard Buffalo. 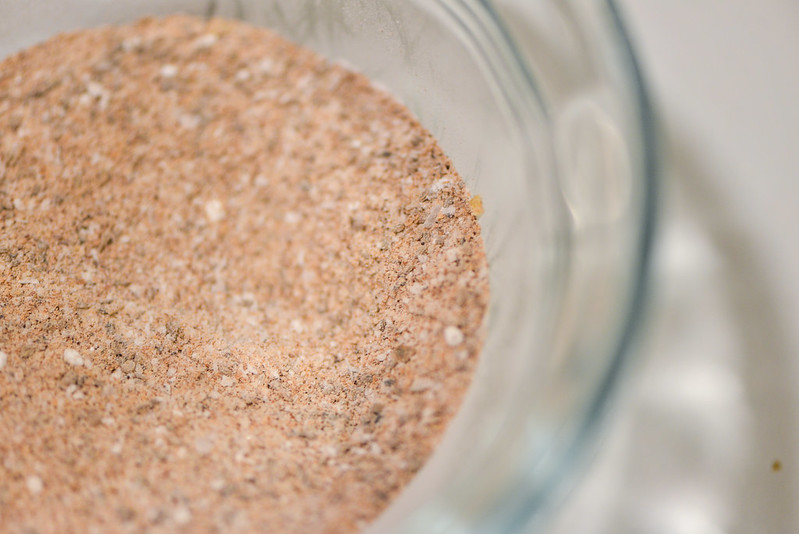 When I first made these wings there was one thing I was not aware of though, not everyone knows what Old Bay even is. I grew up in the suburbs of D.C., and this spice blend out of Maryland was everywhere—on popcorn at the movies, fries in the food court, and, of course, liberally coated on crabs anywhere you went. It's a complex mixture of spices that includes paprika, celery salt, bay leaf, black pepper, crushed red pepper flakes, mace, cloves, allspice, nutmeg, cardamom, and ginger. To me, this blend evokes a sense of home and beach vacations of my youth every time I pop it open, and I don't think my spice shelf has ever been without a canister of Old Bay comfortable nestled in it. 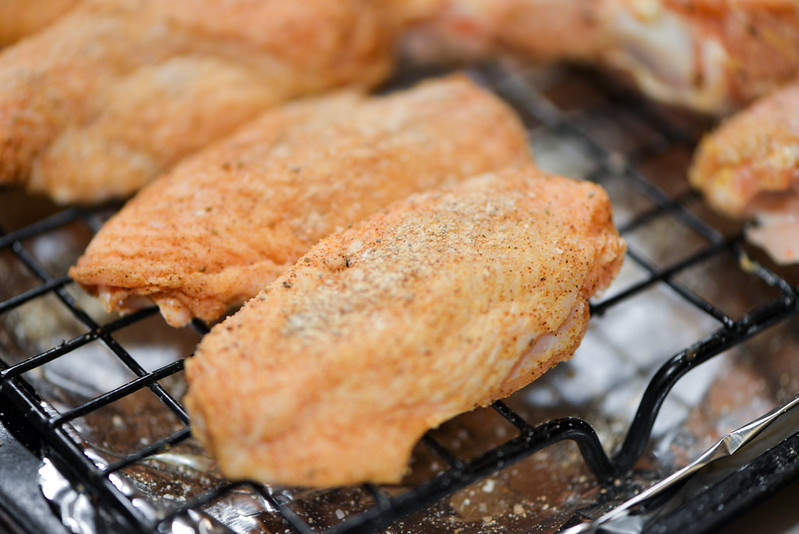 It's a powerhouse of seasoning, one strong enough to effectively flavor the chicken on its own, but since I'm all about building on a foundation, I took these wings further than just coating them Old Bay. I did start them off heavily with Old Bay though, but added to that, salt and baking powder (the later to help achieve a crispy textured skin on the grill). 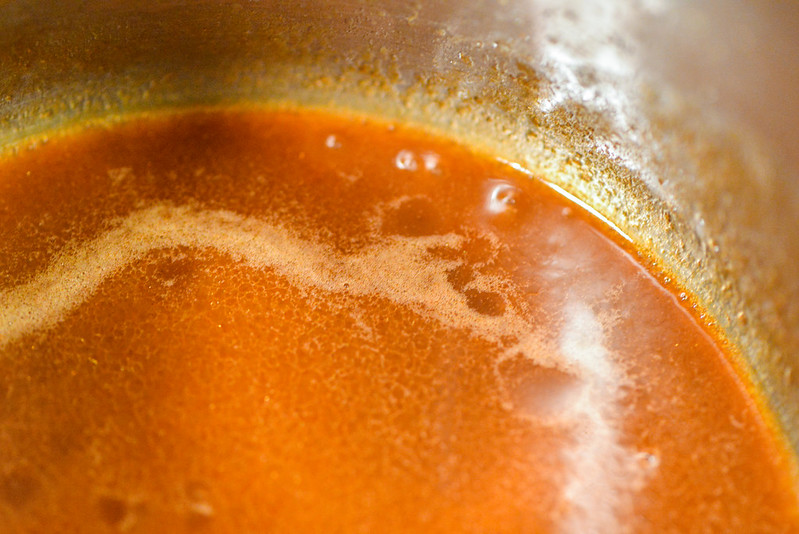 As those wings rested in the fridge to air dry, I put together a finishing sauce that was one part butter, one part Frank's Red Hot, and one part Worcestershire. Like Old Bay, the Worcestershire added a whole other level of complex flavor to what was a standard spicy, tangy, and rich Buffalo sauce base. 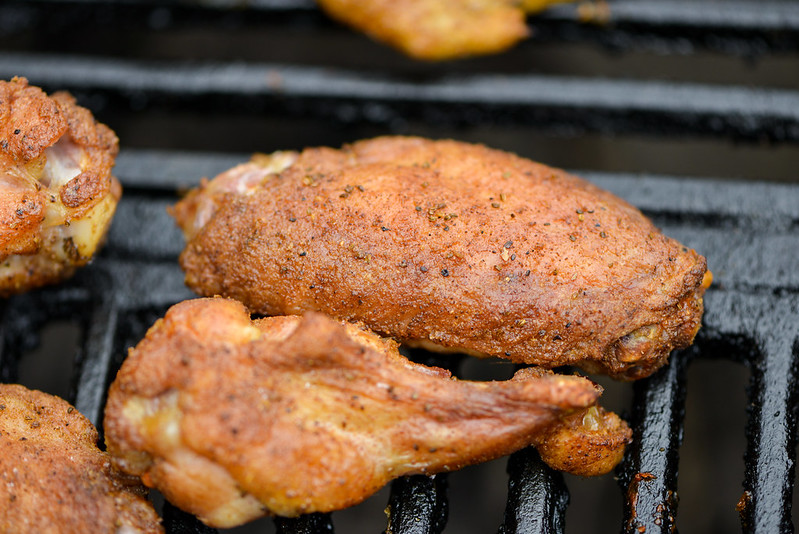 After forty minutes on the grill over indirect medium-high heat, these wings already were looking better than the standard wing. The Old Bay gave them a beautiful reddish brown color which, mixed with the aroma of the seasoning, already had my mouth watering. 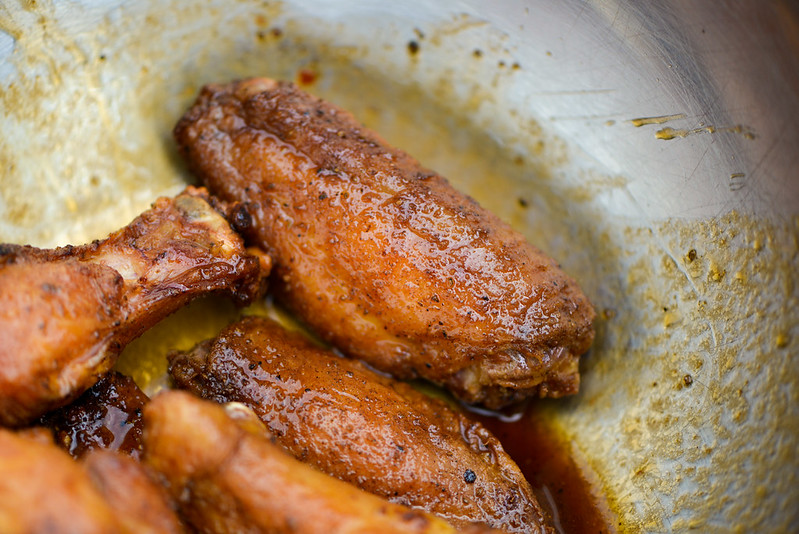 I controlled myself though and kept from engaging in gluttony until after the wings were coated with the sauce. While the butter did add a decent thickness, this wasn't the type of sauce that clung mercilessly to the wings—it merely gave them a light coating. 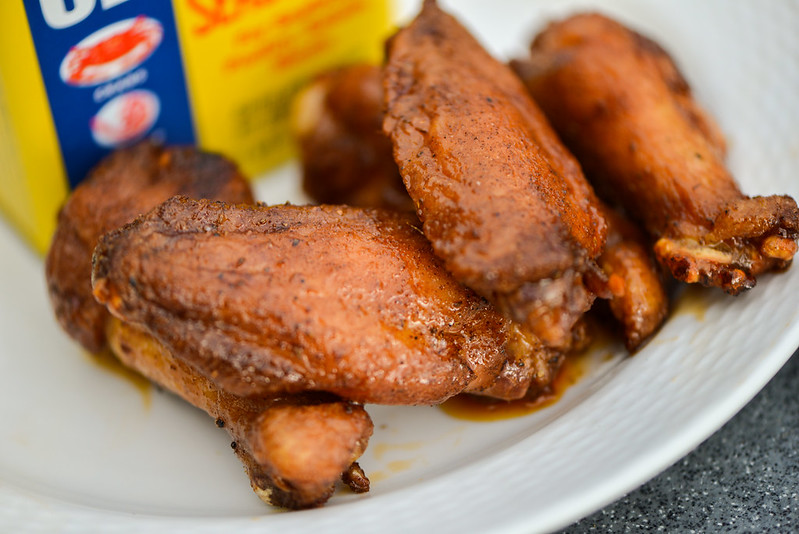 It was enough to compliment the Old Bay though—that taste of the Maryland shore dominated these wings while the Worcestershire took it further with its salty and tangy pungent flavor. The Frank's provided just the right touch of heat, while the butter gave the whole thing a richness you'd want in a stellar wing. They are certainly a fitting end to a month of great wings, and one I think will find much love at an Super Bowl bash.