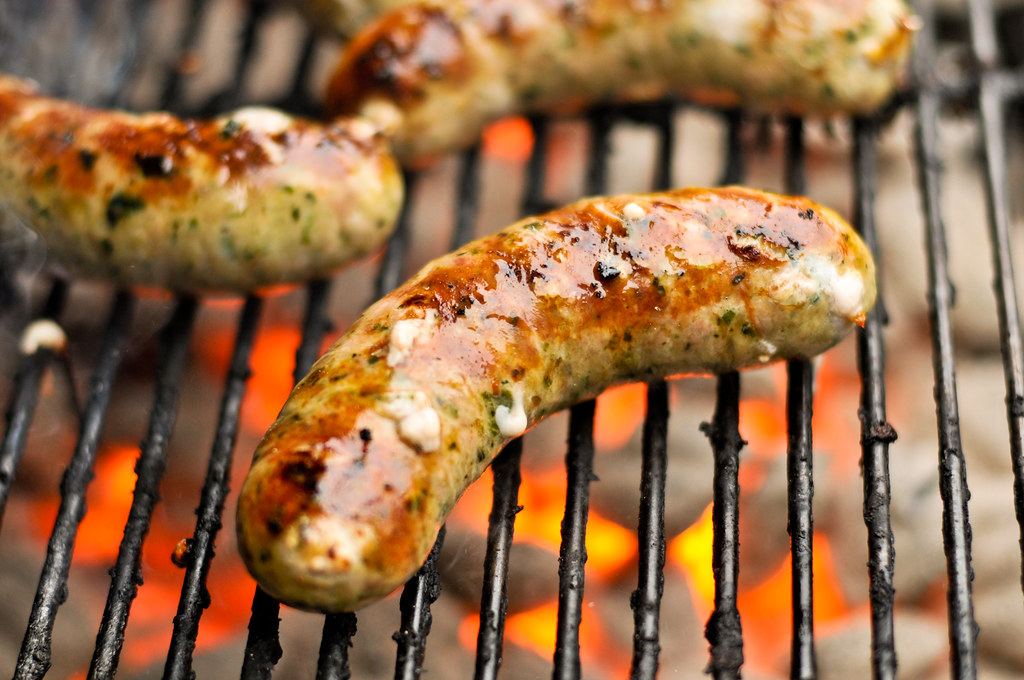 I now have about three pounds of amazing Mexican chorizo waiting at my beck and call to fill tacos, peppers, and quesadillas. It's truly one of my favorite sausages, but has one drawback—it's not always best in link form. Heavily spiced chorizo can be intense on the taste buds with the earthy chilies and slight Christmas spice building up after each subsequent bite and becoming a bit overwhelming by the end. So when I want chorizo in links for the purpose of grilling and eating as is, I've found a variation that's perfectly suited for the job—green chorizo. 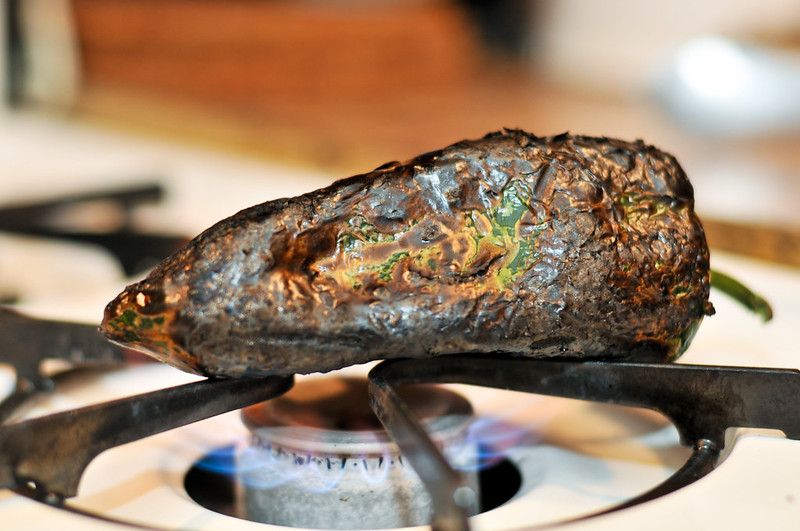 Green chorizo comes from the town of Toluca, Mexico, where dried red chilies are swapped out for their fresh, green-hued brethren. Where the standard chorizo started with a ton of ancho chile powder, this green version began with a couple peppers of the ancho's former self, poblanos. Faintly spicy poblanos were roasted over a direct flame, let rest in a covered bowl until cooled, then peeled, seeded, and chopped. 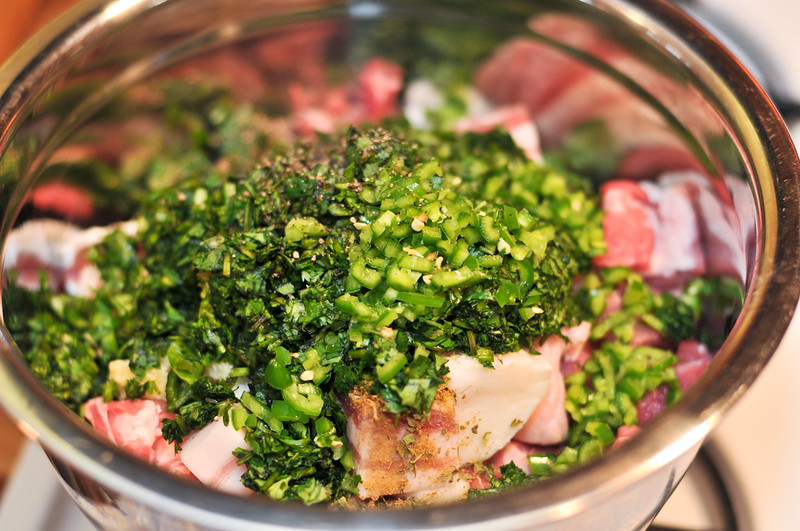 Upping the green factor, cilantro, serranos, and oregano were added to the cubed pork shoulder and fatback along with the poblanos. Traditional green chorizo has a deep green color—something Rick Bayless achieves with spinach powder—but I decided to let mine go au natural, with whatever color the chilies and cilantro imparted being good enough for me. 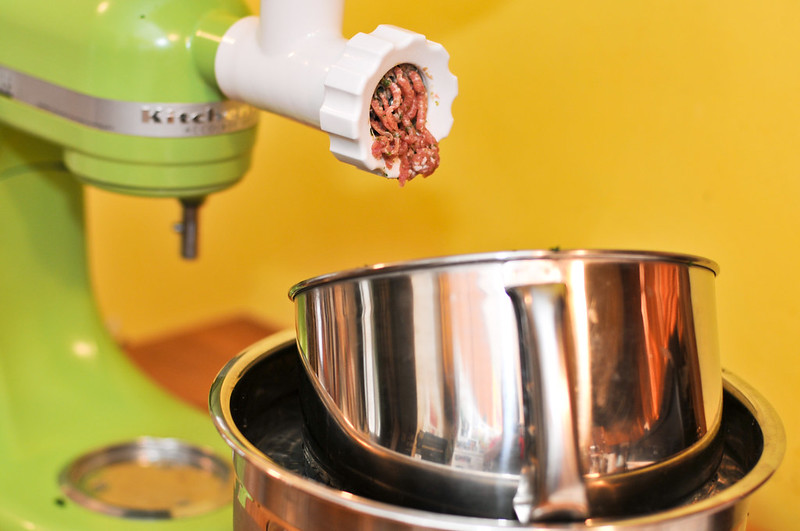 The pork mixture then took a pass through the grinder using the small die. Previously, I tended to only add seasoning after I ground the meat, but I've become fond of first seasoning and then grinding. In the case of this sausage, the grinder does double duty by continuing to break down the chilies and cilantro into finer pieces, as well as mashing those seasonings into the meat. I haven't done any testing to see if this is actually better than seasoning post grind, but suspect I'm getting a finer texture and better incorporation of the seasoning doing it this way. 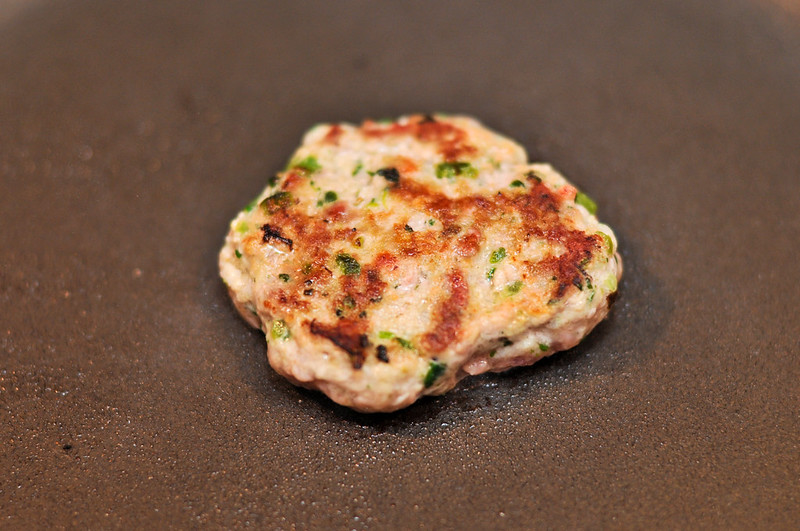 A quick test patty confirmed what I thought, this was going to be one awesome sausage. 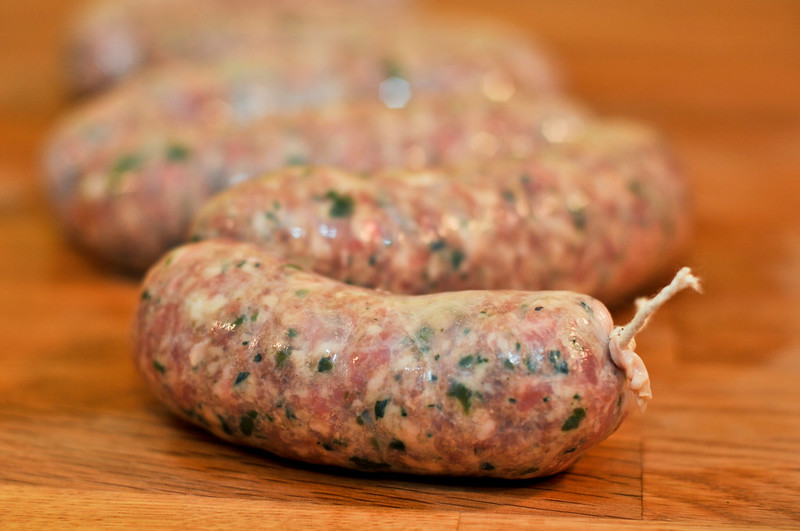 When stuffing, I started to regret not taking the extra step to add additional coloring, as the links were rather pale and I was hoping they'd be more green. This was only a passing thought though, because I already knew, whether vibrant green or not, these were going to be excellent. 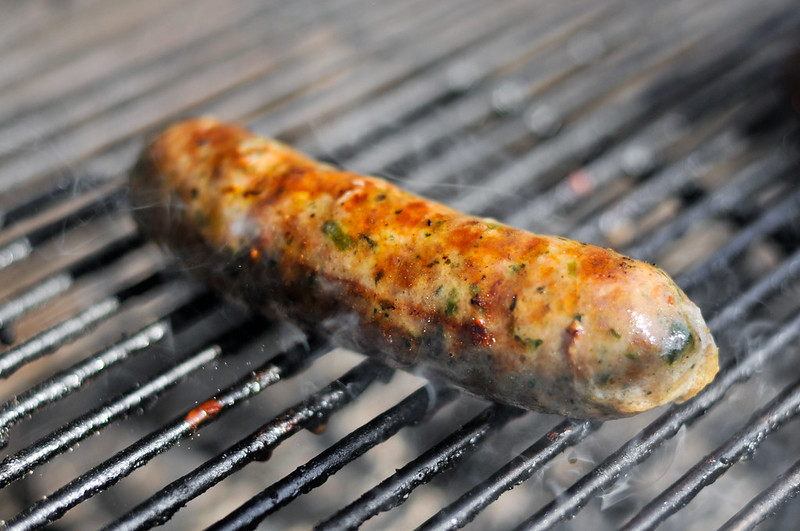 On the grill that paleness quickly gave way to a beautiful brown links with specs of green chile and cilantro seen throughout. They were certainty one of the most appetizing looking sausage I've made. 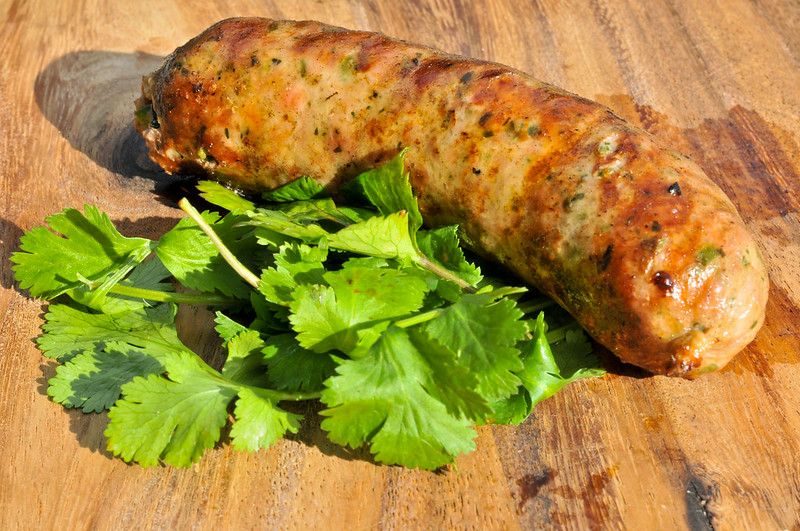 As a fan of regular chorizo, I loved this (literally) fresh take on it. The green chilies gave a very natural flavor that seasoned the pork thoroughly with a spicy kick, but didn't overpower the meat, creating a link with great flavor and balance. As a sausage eaten alone, the green chorizo is my clear favorite over the standard Mexican chorizo, which is better in smaller portions along with accompaniments. So I'm now two sausages deep for Cinco de Mayo and I can already tell that this holiday is shaping up to be insanely delicious! 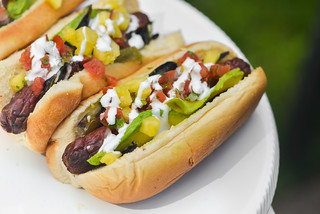