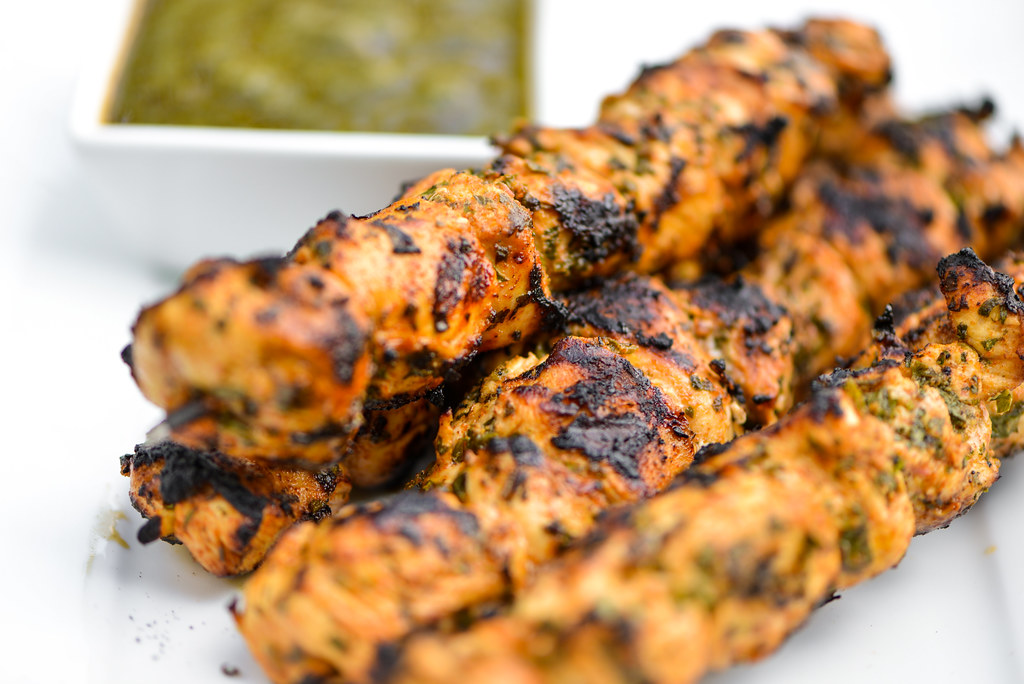 Continuing on the Moroccan road I'm treading this month, I was looking for short cut to bring me another North African dish without the amount of work I had to put in for merguez or the resulting sandwiches. That path led me to these chicken brochettes (otherwise known as skewers). Just about every culture has their own variation of meat on a stick, and I can attest that these little cubes of marinated chicken just went to further prove why that tradition is one that will never die. 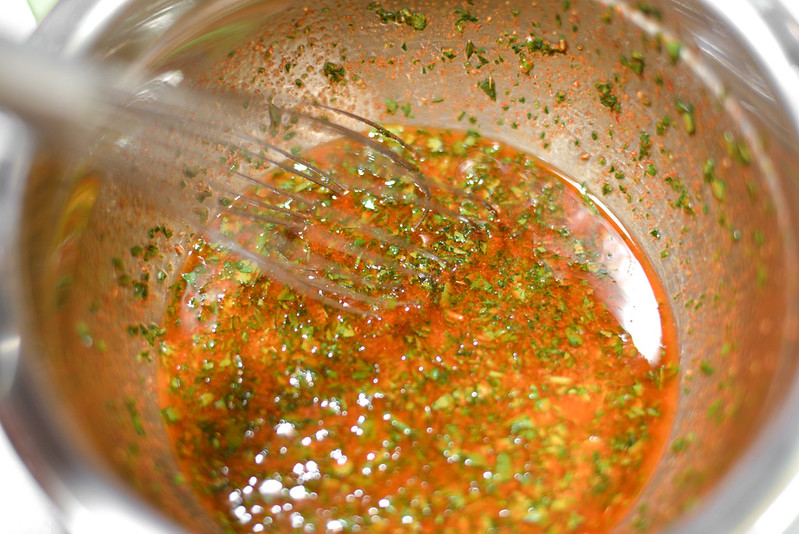 Being a few recipes into my exploration of bringing Moroccan food to the grill, I was pretty familiar with the base flavor combination that defines the cuisine, which I used in making this marinade. First, it needed a brightness, which came in the way of lemon juice. Next, an earthiness is usually brought in for contrast, which I delivered on here by way of cumin and paprika. Then I used both cilantro and parsley to fold in the fresh component. Finally, I added in a little cayenne pepper to add a common mild spicy touch. 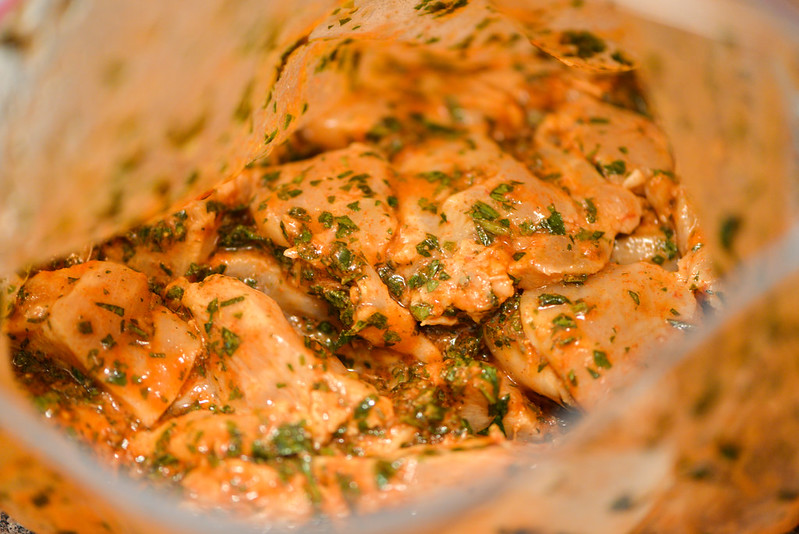 Thighs are my cut of choice for chicken skewers, but I thought this marinade would be so powerful that it could bring dull chicken breasts to life. So I cubed up a couple pounds of skinless, boneless breasts, placed them in a large Ziploc bag, and added in the marinade. I let the chicken sit in the fridge for a few hours to marinate, but was careful not to go too long because the acidic lemon juice will start to "cook" the meat and turn it mushy if it marinates too long. 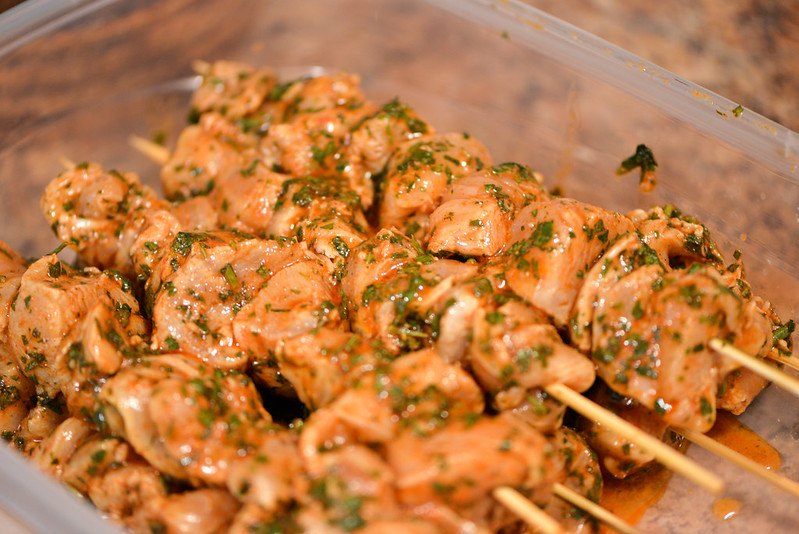 Next I threaded the chicken onto the skewers, making sure each cube butted up against one another. I used to think it was best to leave room between each piece of meat for it to cook more effectively, but more heat isn't a good thing here. One major problem with skewers is they're easy to overcook, and especially with chicken breasts, overcooking is what leads to those dry sticks of meat no one likes. Pushing the meat together—but not overloading the skewer so its too heavy—will actually make the skewer take longer to cook, which gives increased control over doneness and creates a more comfortable margin for error. 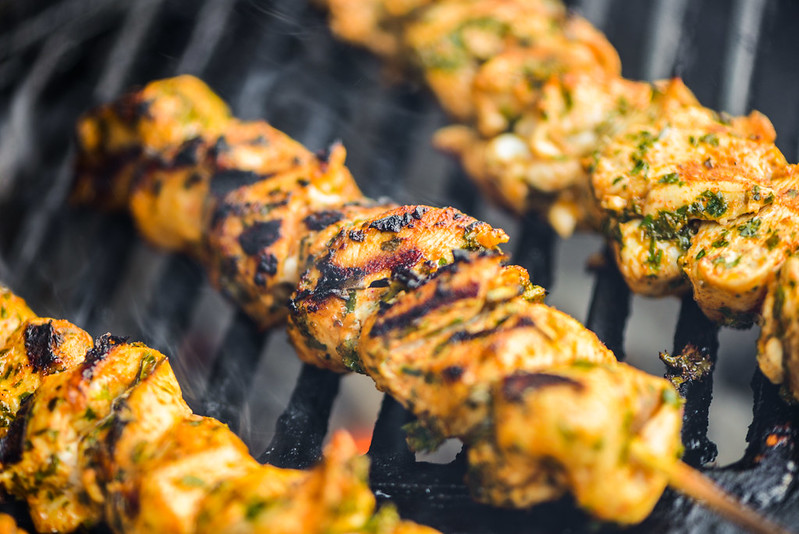 On the grill I could tell this skewering method was working well—the outside certainly seared quickly, but the chicken still was still tender and juicy by the time the exterior had attractively browned. I would say the meat was just slightly underdone at this point, and then reached a safe eating temperature with carryover cooking off the grill. 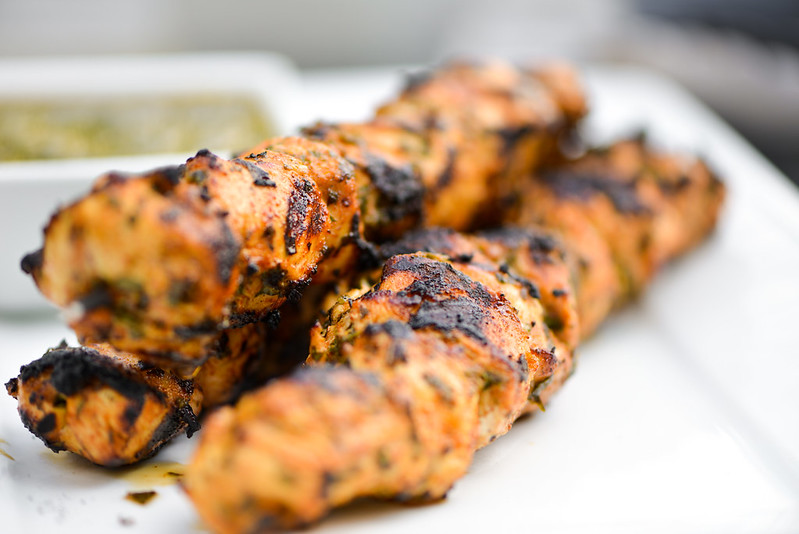 The final brouchettes were a testament to the distinct and amazing flavors of Moroccan cuisine. They were a complex mix that touched all the points put into it—lemony, spicy, earthy, and fresh. While the marinade was potent, the flavor wasn't so strong that it drowned out the chicken, allowing that light, juicy meat to serve as proper mellow backdrop. It worked really well with the chicken breasts, but if you want to make them even better, I suggest going with thighs, which will add even more flavor to these already excellent Moroccan chicken brouchettes. 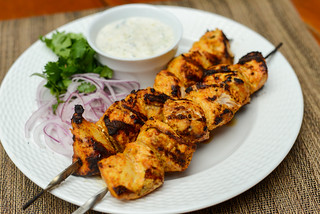 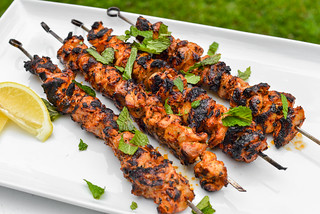