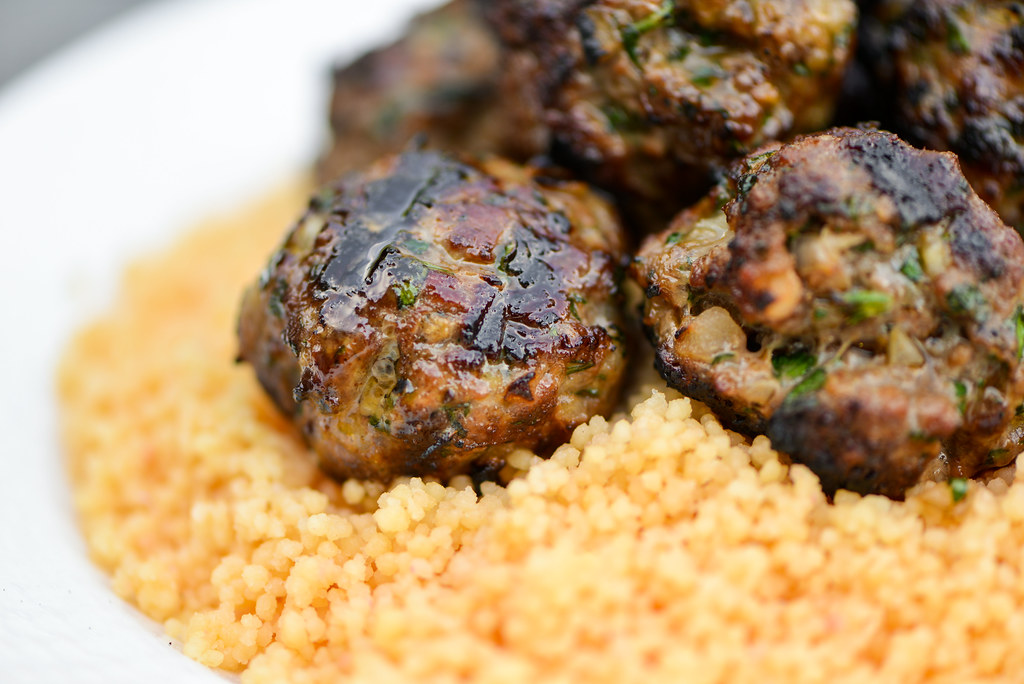 Meatballs aren't usually associated with the grill, but they're becoming the meat form of choice for me when I want to do a ground meat creation that brings in influence from other cuisines and cultures. When done with the right consistency, meatballs actually cook incredibly well over a live fire and are so quick to make and versatile, they've served me well again and again in many variations, including: Greek, barbecue, Italian, and now, Moroccan. 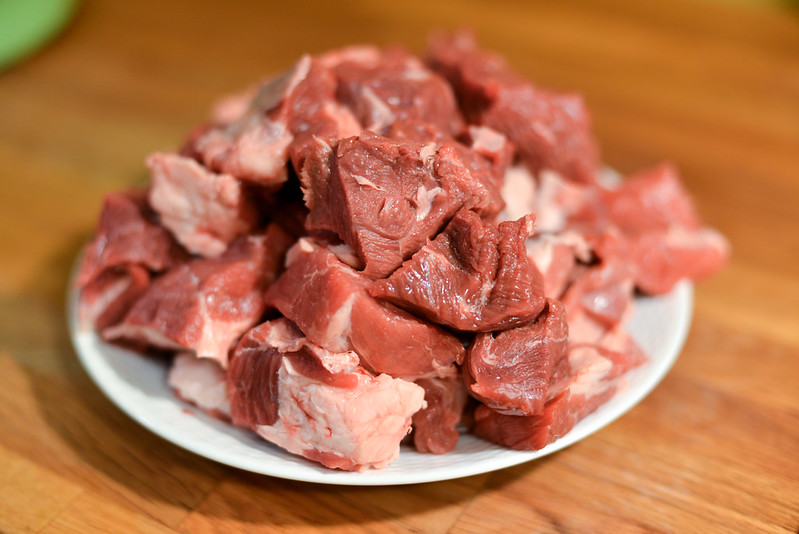 Having already worked on recipes for merguez and chicken brochettes, I had a sense of what combination of flavors would give these meatballs a Moroccan flavor. First, the meat needed to start with the ubiquitous lamb, but I didn't want these to be too lamb-y either—I thought too much lamb might drown out the seasonings—so I used a 50/50 mix of leg of lamb and beef chuck. 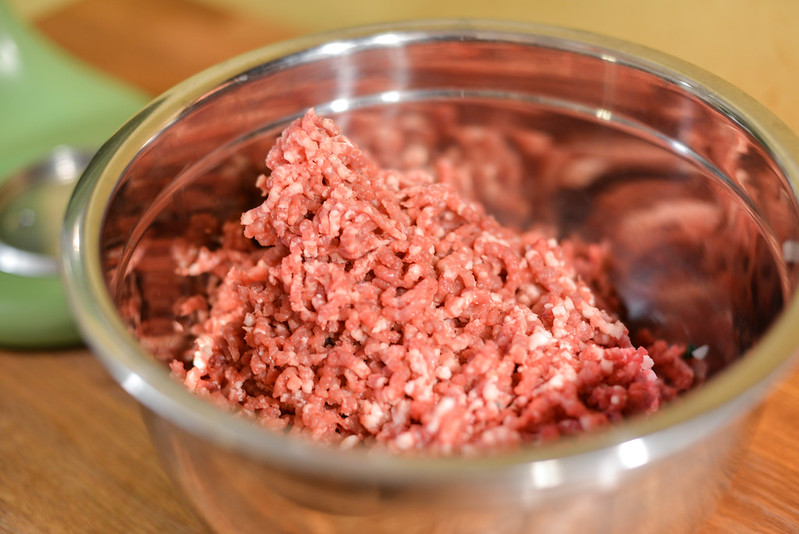 Since I had both whole pieces of chuck and leg of lamb at home, I processed the meat down myself. I ground the meat first using the large die, then ran it through again using the small die. This resulted in a ground meat mixture whose fat and two different meats were well incorporated. If you don't have a grinder, don't sweat it, having the butcher grind the meat for you is so much easier and exactly the same as grinding your own. 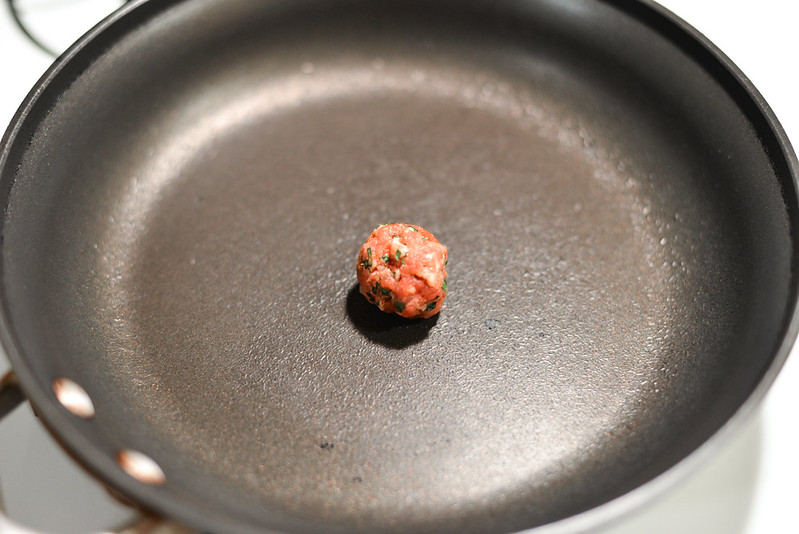 Once the meat was ground, I mixed in standard elements of Moroccan cuisine including chopped onion, cilantro, parsley, paprika, cumin, garlic, cinnamon, and cayenne. I pulled off small pieces of meatball mixture and browned up mini-meatballs to taste test, then tinkered with the seasonings until I felt I had the right balance. 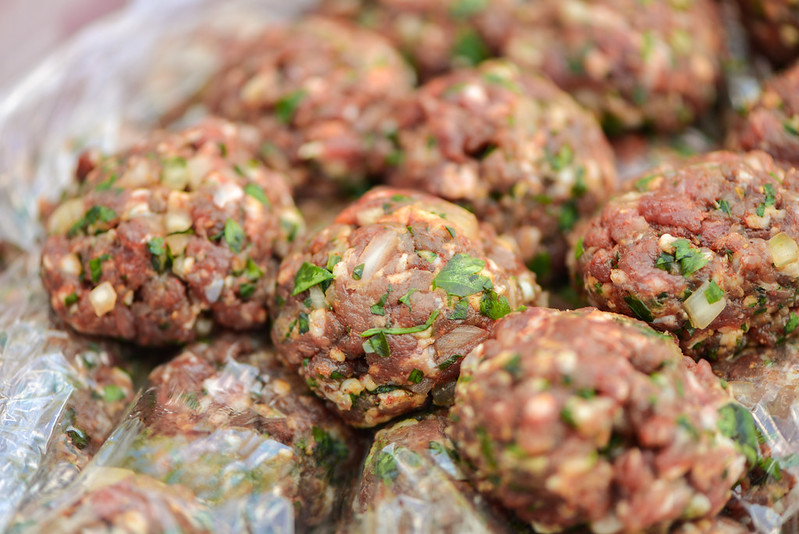 Once I reached that point, it was time to roll out the entire mixture into meatballs about 1 1/2-inches in diameter. Without anything to soften the meat mixture—like milk soaked bread or eggs—these were pretty firm meatballs. They had the consistency of hamburgers—forming and holding their shape very well. 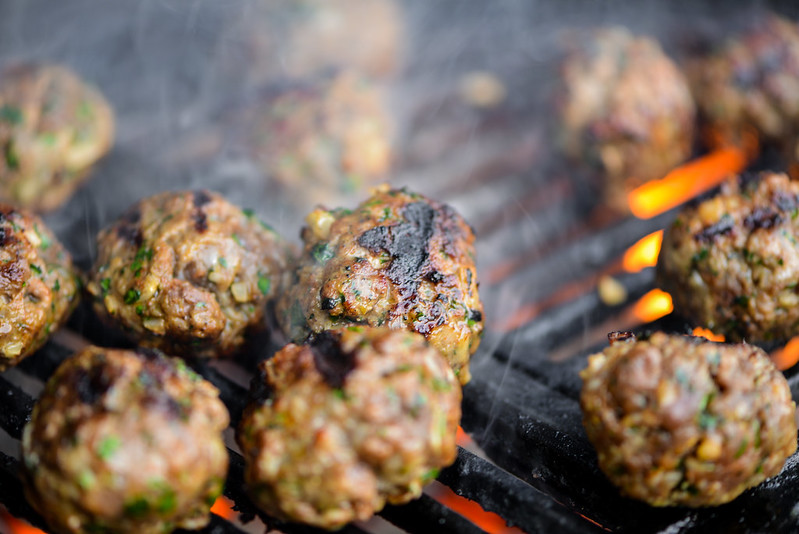 That firmness let them stand up well to the searing heat from the charcoal. The meatballs browned quickly on the outside and cooked through in the same amount of time it took me to move them around to get all sides seared off. 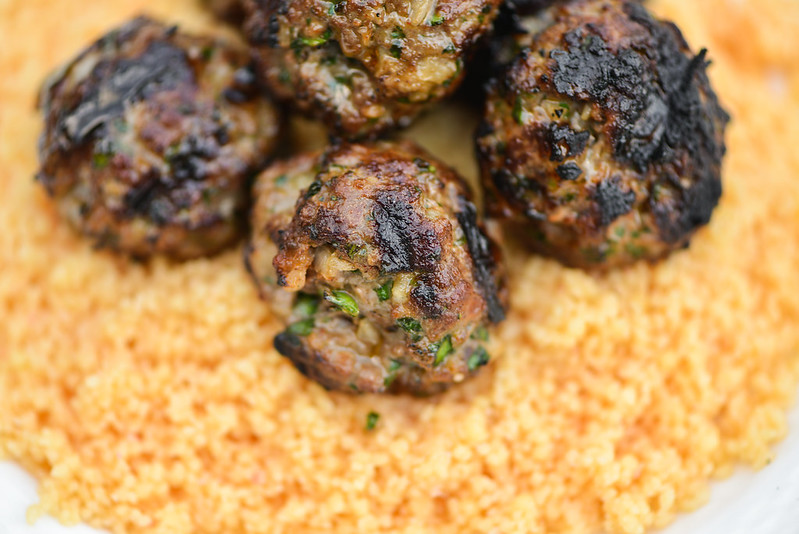 The final product just further proved that meatballs and the grill are meant for each other. The crusty sear developed was deeply beefy and delicious, while the fatty mixture stayed moist and tender inside. The cinnamon, cumin, and paprika gave the meatballs an underlaying earthiness that was contrasted with the fresh cilantro and parsley, and they cayenne added a spicy touch. Pair that with the distinct flavor of lamb, and these tasted clearly of Moroccan influence, and did it in a really delicious meatball that was so much easier to complete than those tiny merguez links I struggled with stuffing earlier.