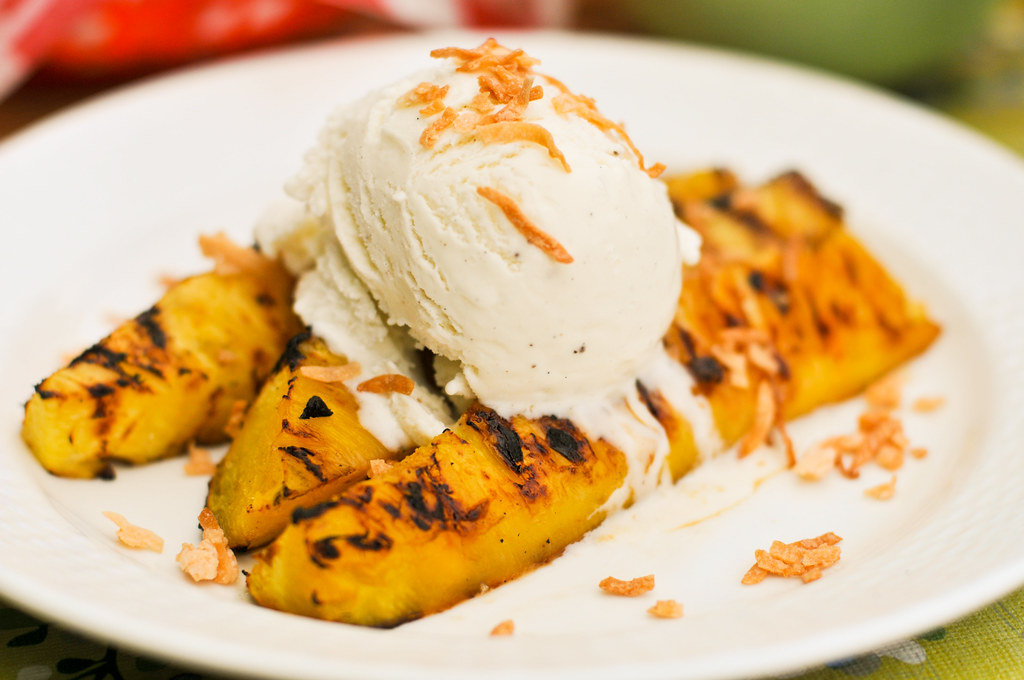 Hope you had a great Memorial Day weekend Meatwavers! I couldn't have asked for a better one as I relinquished my usual grilling duties and let some top chefs cook for me at the first annual Montana Master Grillers weekend at The Resort at Paws Up. An immaculate weekend from start to finish—look for the full low-down on Serious Eats shortly—the only downside was leaving 80 degree and sunny New York for 50 degree and snowy (yes, snowy) Montana. The weather was part of the novelty of the weekend, but returning home to true summer warmth from the mountain cold left me in the mood for something more tropical, with a bit of cooling power, and this rum-glazed grilled pineapple with toasted coconut and vanilla ice will do quite nicely. 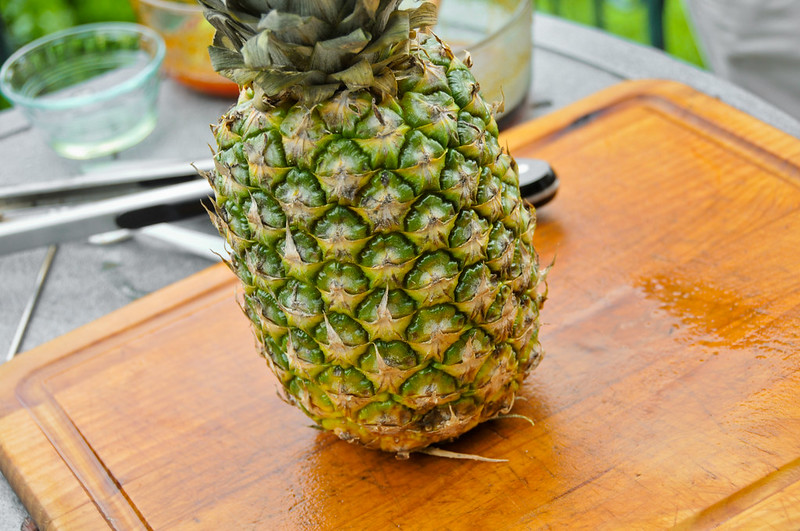 I know it's cliche, but pineapple does give me an island feel every time I pick one up. That's thanks to many years of eating a fruit that really has no place on northern east coast shelves, equating its presence with far-off lands that boast endless blue skies, crystal clear waters, and sand the color of gold. It's amazing how a food can manifest itself into ideals of places you have yet to go. 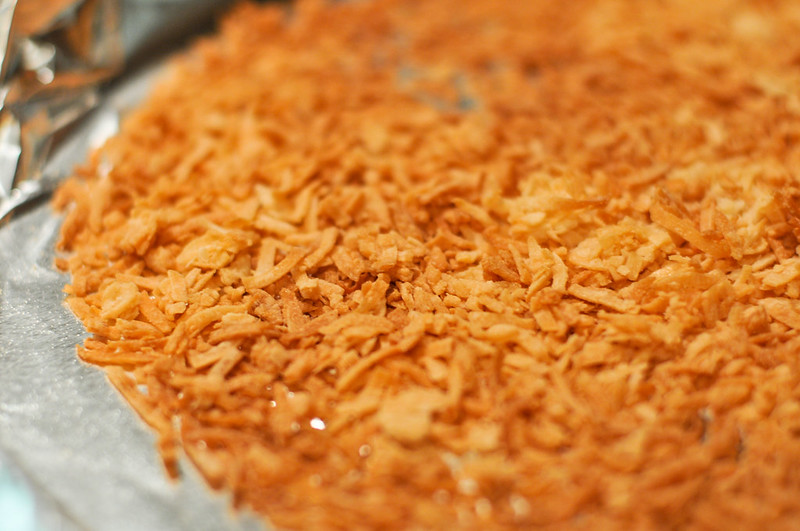 Coconut does much the same as the pineapple on my psyche, which made it a fitting compliment. Before I even got stared with the grilling, I busted open a bag of sweetened coconut flakes and toasted them in the oven, knowing they'd add the right crunch and flavor to complete the dessert in the end. 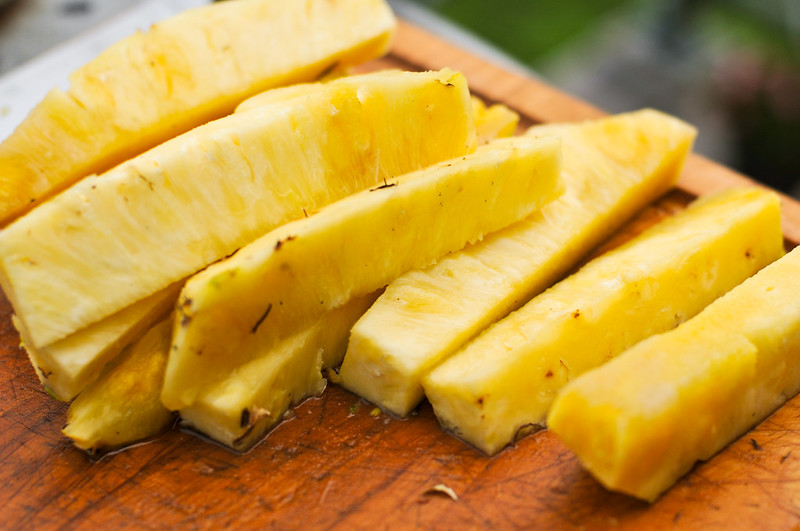 After many years of struggling to carve and grill pineapple, I've finally come up with my preferred method. It starts with slicing off the skin all over, then cutting off large wedges around the core. These hefty pineapple slices are then the perfect size to develop a caramelized crust, while still retaining a crisp center. 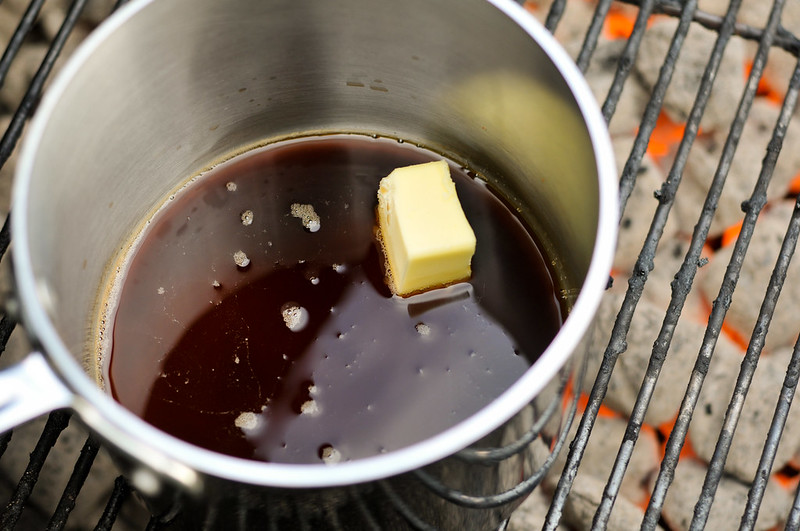 Grilled pineapple alone is a fantastic treat, but I took it one step further and devised a simple glaze of brown sugar, rum, butter, and vanilla. 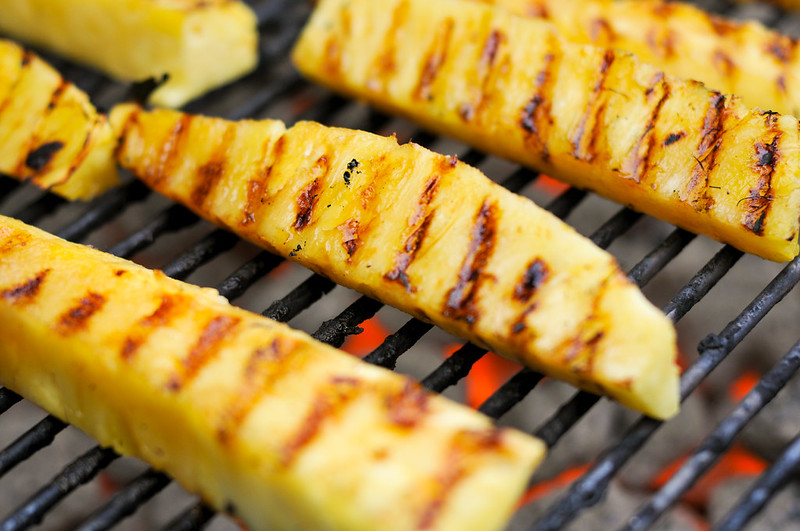 The pineapple slices were liberally brushed in the sugary glaze and grilled over a hot fire. While the sauce added sweetness, it didn't cause the pineapple to burn, instead it absorbed into the fruit as it softened, adding flavor throughout the wedges. 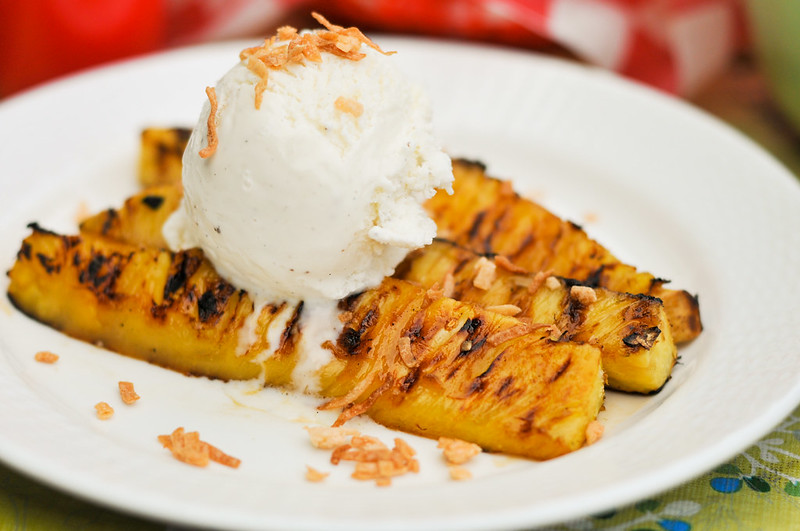 Once the pineapple were grilled to my liking, they were plated, topped with vanilla ice cream, and sprinkled with the toasted coconut. This all came together into a killer grilled dessert. The tangy and fruity pineapple had a slight sharpness from the rum that was quickly tempered by soothing ice cream. The toasted coconut added a level of nutty sweetness, but mainly gave a texture and bite that contrasted with the softer pineapple. Thinking back to this dessert has made me totally forgot the cold snow I was in just a few days ago and has me thinking of beach adventures that are just around the corner. 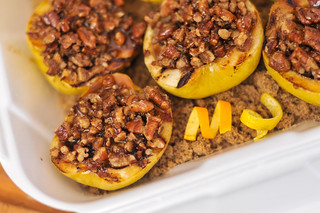 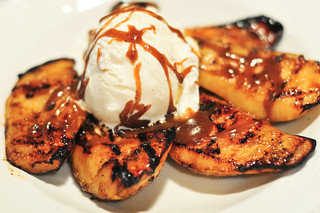 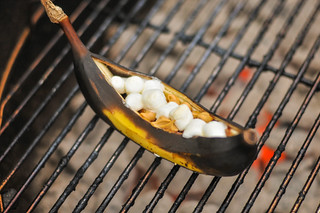