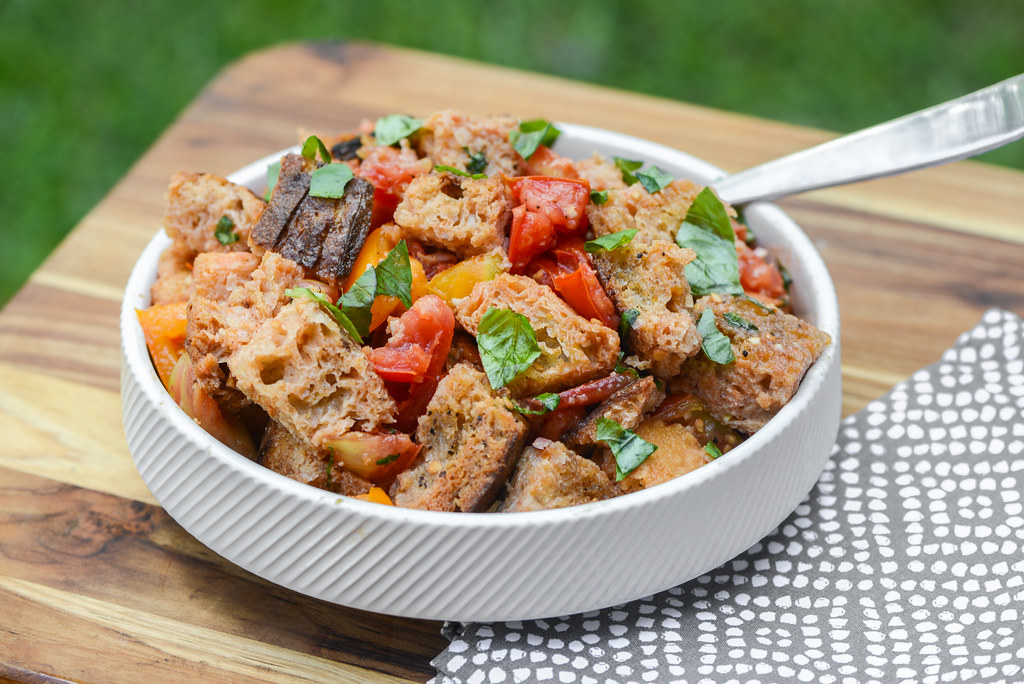 There's an episode of King of the Hill where Bobby is waxing poetics about the flavor of his organic, co-op purchased tomato, which leads to a lecturing return from Hank on how tomatoes don't have any flavor, only to be left speechless himself after one bite of what we can only assume is the sweet, savory flavor of a really great tomato. When that episode first aired, I knew exactly what Hank was experiencing—I had thought tomatoes were nothing more than mealy, tasteless orbs my whole life, until one bite of an in-season tomato from my CSA many, many years ago let me know how wrong I was. Now I can't wait for tomato season every year, and when it hits, I make sure to get my fill of them from the farmer's market and restaurants, eating up as many as possible while they're in their prime. Last summer, as part of my tomato fix, I decided to try out a recipe from Serious Eats for a panzanella salad, and the results were so outstanding that the wait for another tomato season to make it again was excruciating, but it finally came, and this year I changed things up a bit to work in the grill, and I think it only made it all the better. 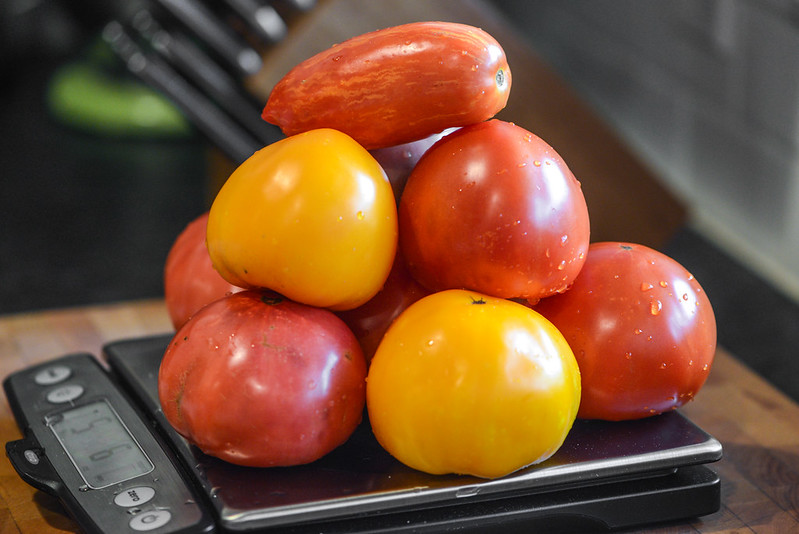 It's not just the fact that tomatoes are really great in season, it's also the sheer variety that's available that's awe inspiring. So when I went to the farmer's market to get my tomatoes for this recipe, I think I picked up about 5 different types, each having their own unique color and slight difference in flavor that made this an extra unique and fun salad to put together. 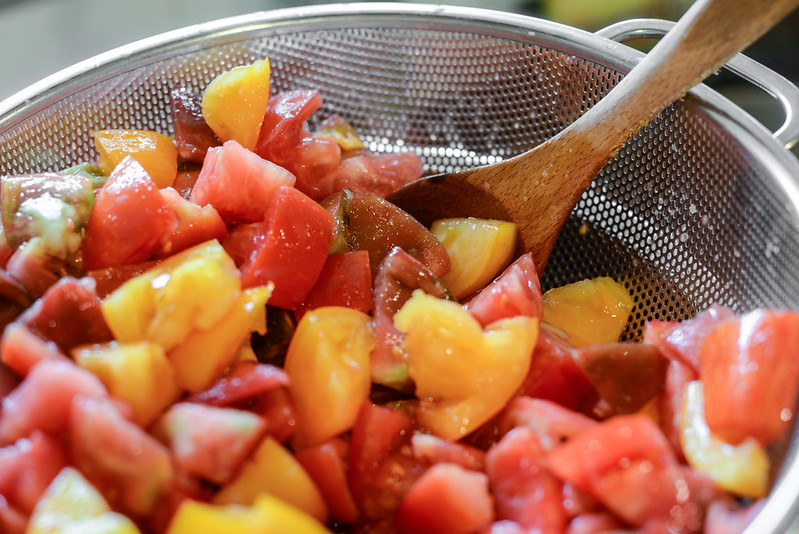 This panzanella featured everything great about the tomatoes. It started with the dressing, which used a base of a tomato juice, extracted by salting the diced tomatoes and letting them drain for at least 15 minutes. 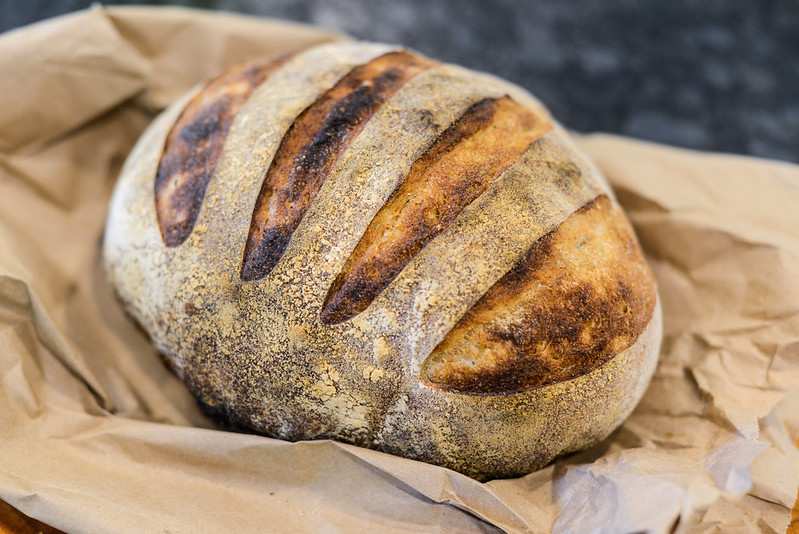 While that process was happening, I prepared the bread. Seeing as this salad is mainly just tomatoes and bread, it pays to have the best you can get of each for an ideal end result. So since I was already at the farmer's market, I got excellent loaves of sourdough and ciabatta to use here. I was making a double recipe and thought two different breads would be a nice touch, but in normal circumstances, I would only need one, in which case, I'd personally opt for the sourdough which provides a nice flavor contrast to the sweet tomatoes. 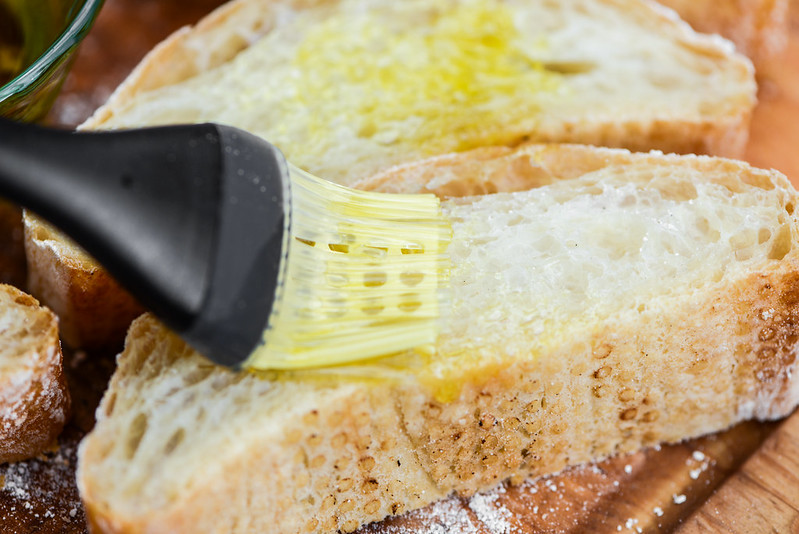 To prep the bread for the salad, it needed to be toasted, which I thought the grill would do very well given it's large size and ability to toast everything at once while also adding a little extra flavor. Before grilling, I brushed each 1 1/2-inch slice of bread with extra-virgin olive oil. 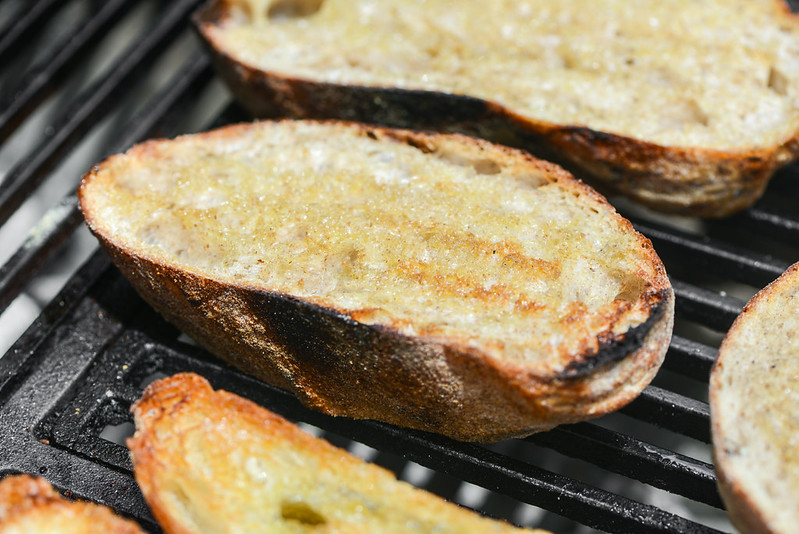 Then I placed the slices on the cool side of a two-zone fire running just a little north of medium heat (which was around 375°F). My goal was to get the bread dry and crusty without much browning or burning. I mostly succeeded—after 10 minutes the bread was nice and crisp, and only the edges that were closest to the fire had any char or browned bits. 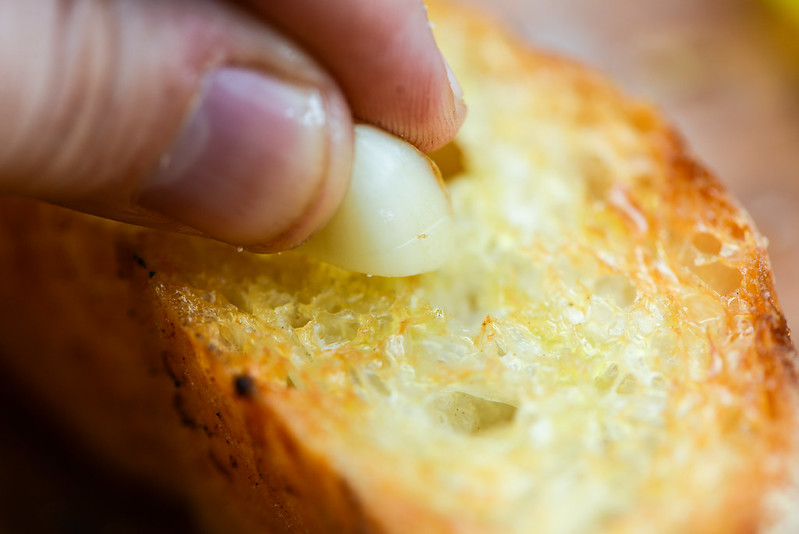 When the bread was done, I added a step of rubbing cut garlic over the slices while still hot to impart a little extra garlicky flavor. Once I did that, and the bread had cooled a little, I cut each slice into 1 1/2-inch cubes. 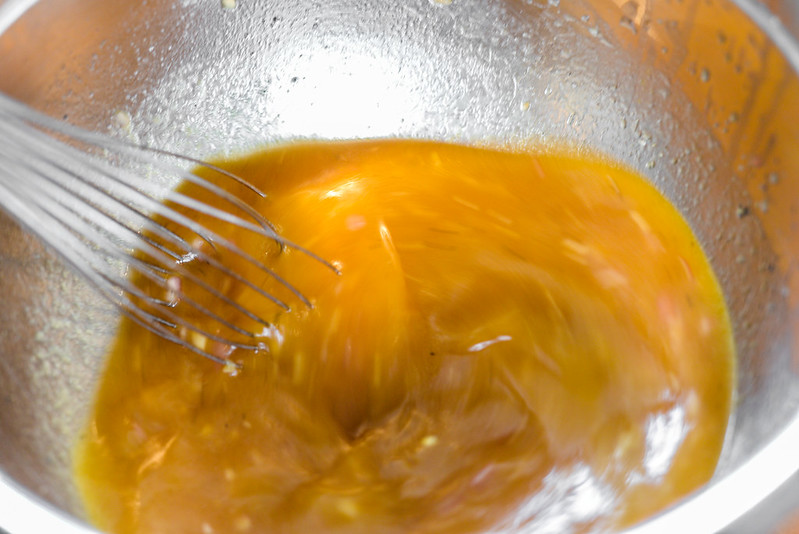 Next, I made the dressing by using the extracted tomato juice and combining it with shallots, garlic, dijon mustard, and red wine vinegar. Then, while whisking constantly, I slowly added in extra-virgin olive oil to create an emulsified sauce. A little seasoning with salt and pepper to taste finished it up. 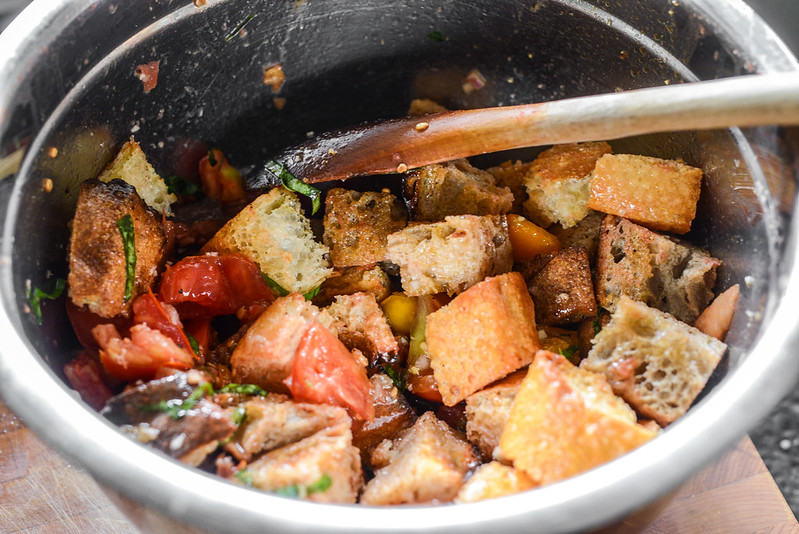 I then added the bread and tomatoes into the bowl with the dressing, along with some chopped basil, and tossed to combine. I let it sit, tossing occasionally, until that dry bread was once again tender throughout by absorbing the liquid, a process that took about 30 minutes until the salad was ready to serve. 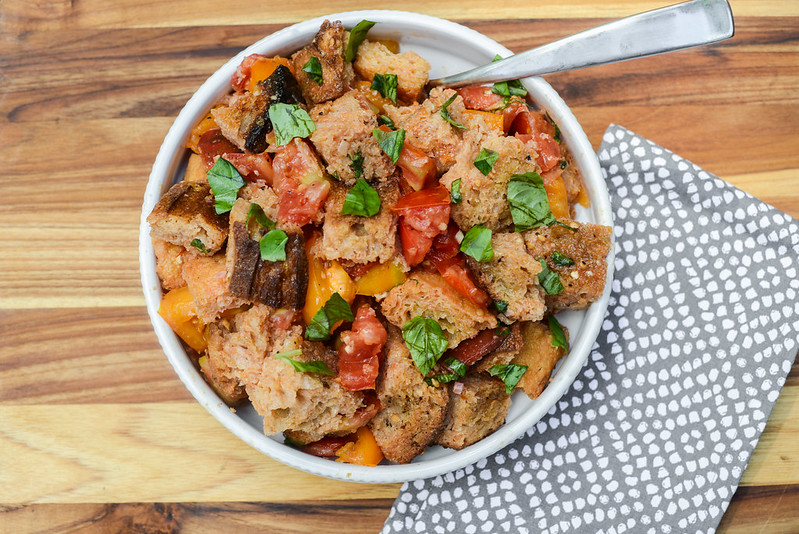 If you're looking for a way to feature the best of summer tomatoes, it doesn't get much better than this panzanella. Front and center was the sweetness of ripe tomatoes, whose flavor was present in every inch of the salad thanks to the tomato juice soaked bread. There was a nice contrast too from the vinegar and sourdough that I think just heightened the flavor of the tomatoes even more. If you still haven't experienced all that a tomato can be, I implore you to seek out some really great ones before this year's season is over, and then make this salad and be ready to be just as amazed as Hank was in that episode of King of the Hill.