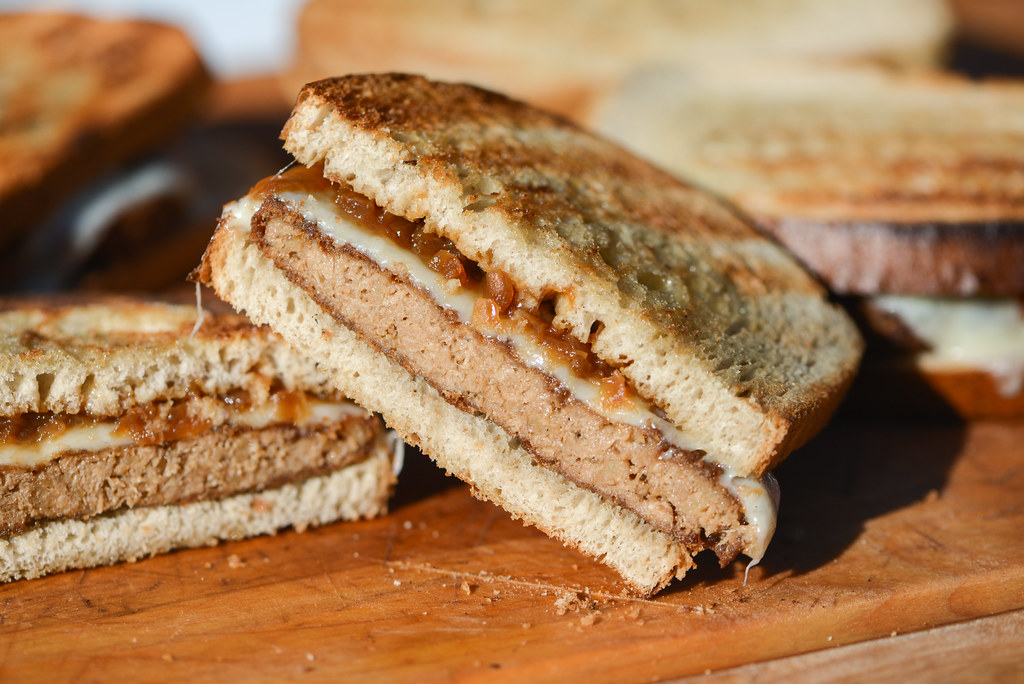 I have to admit, my old thought process on vegetarians attending the Meatwave was that knew what they were coming to, so why cook anything specifically catered to them. Sometimes non-meat items where on the menu, sometimes not, and I always had veggie burgers and buns on hand to at least offer something. That was literally the least I could do, and it was non-empathic and not fair. Nowadays, I try to balance my menus between meaty and non-meaty items so there's something for everyone, and in scenarios where meat-free is a challenge—like at a German-themed cookout from this past summer—I still can't bring myself to default solely to frozen veggie burgers alone anymore. Everyone deserves more than that, even if it's a small, incremental step, like these veggie burger patty melts. 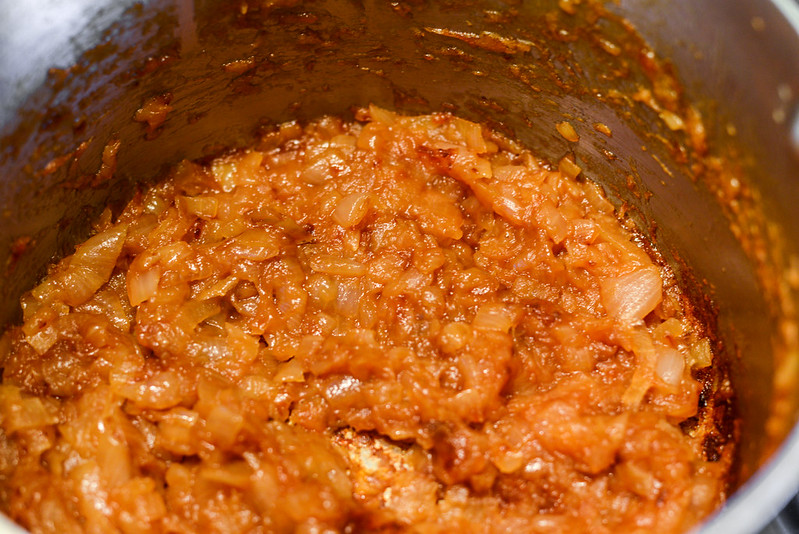 These patty melts are essentially just grilled veggie burgers in a slightly different form, but the fact that it's not the same thing over again I think shows some extra thought went into the decision and preparation to serve them. They consist of the standard patty, cheese, and bread (swapping rye for burger buns) combo, but the one extra step of caramelizing onions is where these patty melts really show their love, in my opinion.

I've tried so many shortcuts to get great caramelized onions, but nothing can compare to slowly cooking the onions until they begin to leave behind well browned fond on the pan, and then following a process of deglazing and re-browning until the onions are soft and dark brown. With just a couple onions, as this recipe calls for, expect this to take a good 20 to 30 minutes, but the end results are totally worth the time put in. 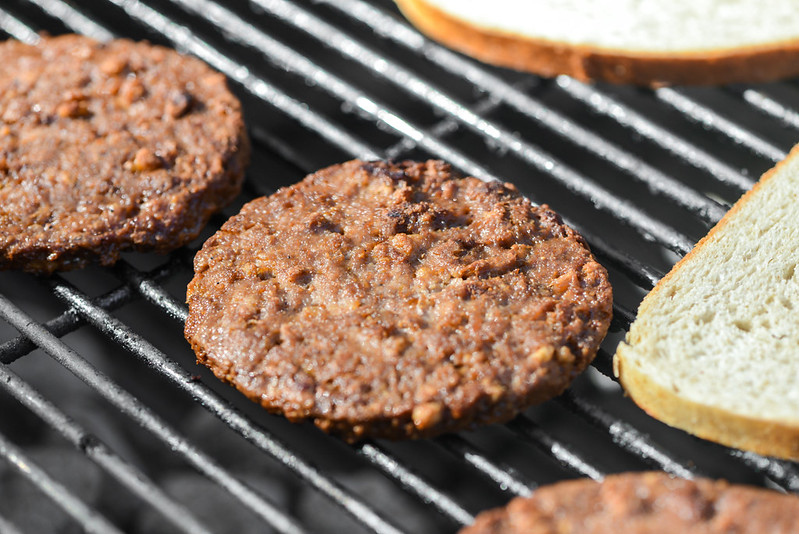 I have making homemade veggie burger patties on my to-do list, but for now I'm still relying on store-bought. I kind of like that this recipe used these common patties though because it just goes to show that doing things a little different can make such a standard item feel new and fresh. Working with these frozen patties, my goal on the grill was merely to make sure they were well warmed through and developed a slight char, without drying them out. 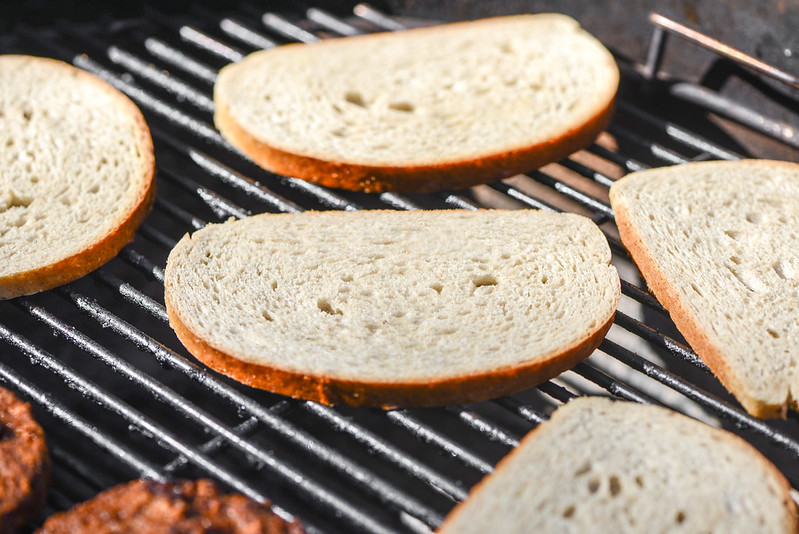 Once the burgers were done, I removed them from the grill and used the now empty space to toast the bread. Patty melts are traditionally made with rye, which I used here and grilled until golden brown after buttering one side of each slice. 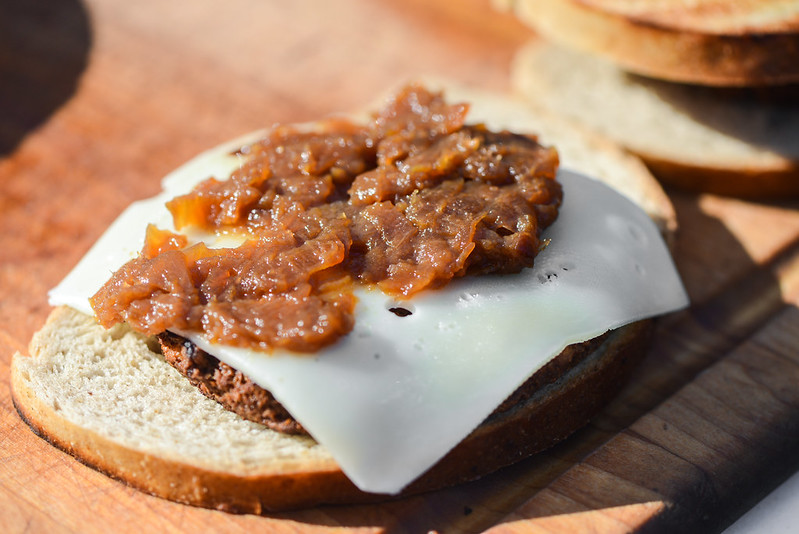 Next I assembled the patty melts by stacking up a veggie burger, slice of Swiss, and a hearty portion of the caramelized onions on each slice of bread. 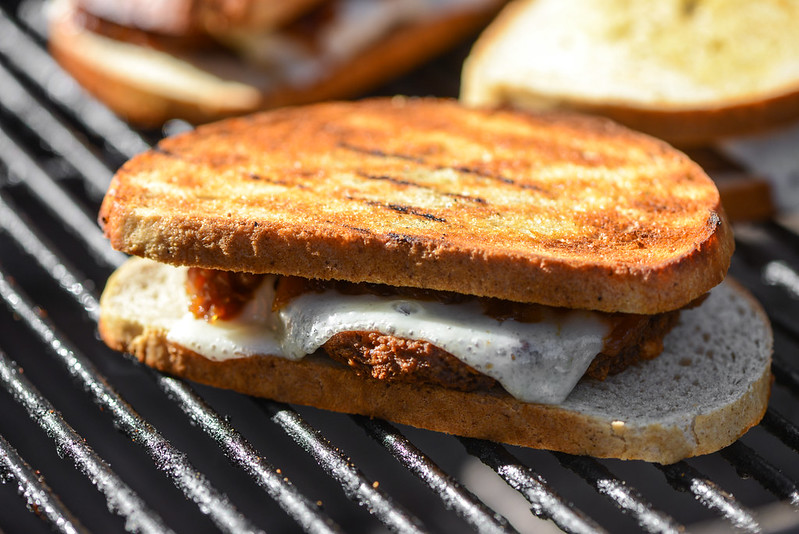 I then placed the sandwiches on the cool side of a two-zone fire, covered, and let them cook until the cheese melted. Depending on how thick your cheese is and how hot your grill is at this point, it can take anyway from two to four minutes for this to happen. 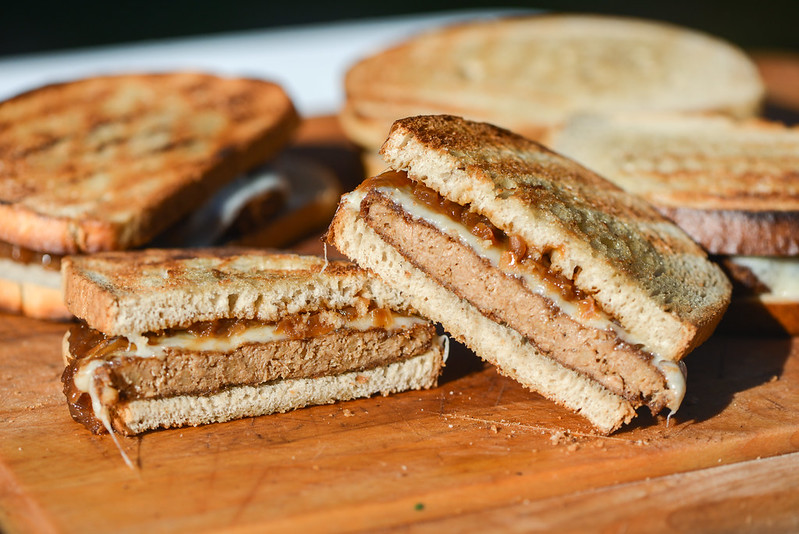 Now look at this end result and tell me, whether you're a meat eater or not, that doesn't look delicious? For vegetarians accustomed to being afterthoughts at cookouts, it only took minimal extra work and a couple different ingredients to transform what I think was a mere expectation into something that felt like care and thought went into it. The flavor also brought something new, with that common veggie patty getting a big boost from the sweet and soft onions paired with the light and creamy Swiss and crusty and buttery rye. I don't think I could ever go back to the days of not considering my vegetarian friends on more equal footing with the meat eaters, especially knowing that with a dish like these patty melts, a little effort can go a long way. 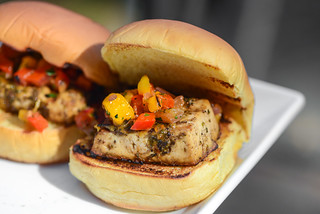 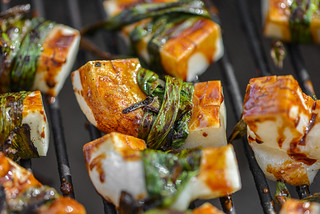