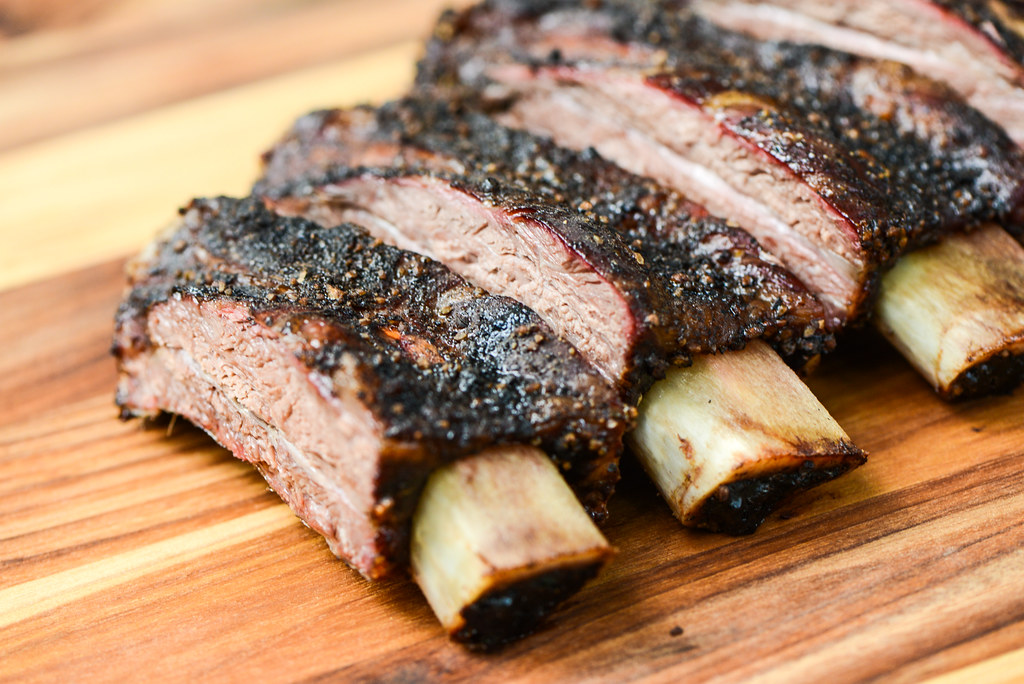 I like to pride myself on my regular posting habits—one new recipe every week for all you Meatwavers. So you may have noticed last week came and went without a new recipe, and on top of that, it was leading up the grand Fourth of July grilling holiday, gasp! While I felt regret letting such a hugely meat-heavy period of time go without new content, I hope my excuse is somewhat good enough—the Meatwave was relocating to its permanent home.

Yup, after years and years of renting in New York, and then testing the waters here in Durham, my wife and I have found the right place for us and settled into our first home and with all the craziness of packing, moving, and unpacking, I had to let a few things slide and the blog happened to be one of them. But I'm never down for the count for long, and I'm back with what's both an appropriately simple, yet hugely beefy recipe for smoked salt and pepper beef back ribs. 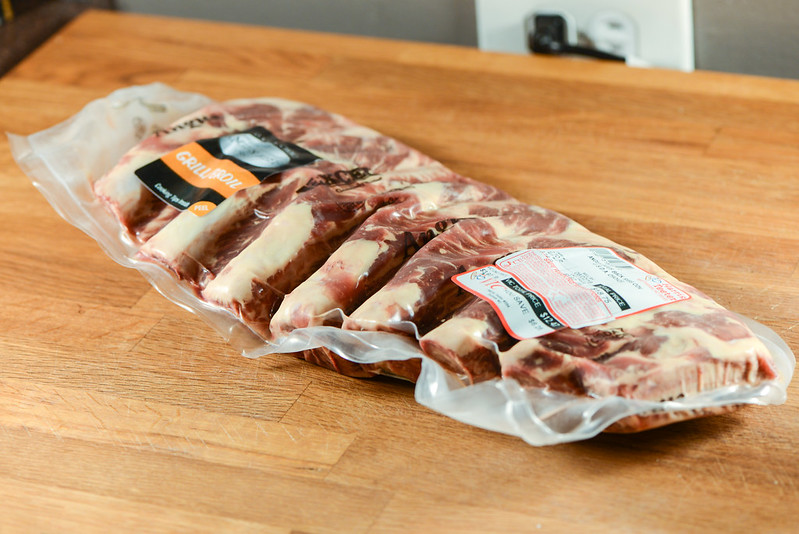 This recipe kind of encapsulates a lot about my life in this exact moment. First, after moving to NC, I found beef back ribs a common site in most grocery stores after not really seeing them at all in New York. So this provided easy access to a cut I had never previously used, plus it helps fill a hole for beef barbecue, something that is not so plentiful here in pork country.

For those not familiar with beef back ribs, they're what's leftover when the ribs are divorced from a standing rib roast. Since that's a cut that fetches top dollar, as much meat as possible stays with the roast, leaving the ribs skimpy on meat on the top, but rich in it between the bones. 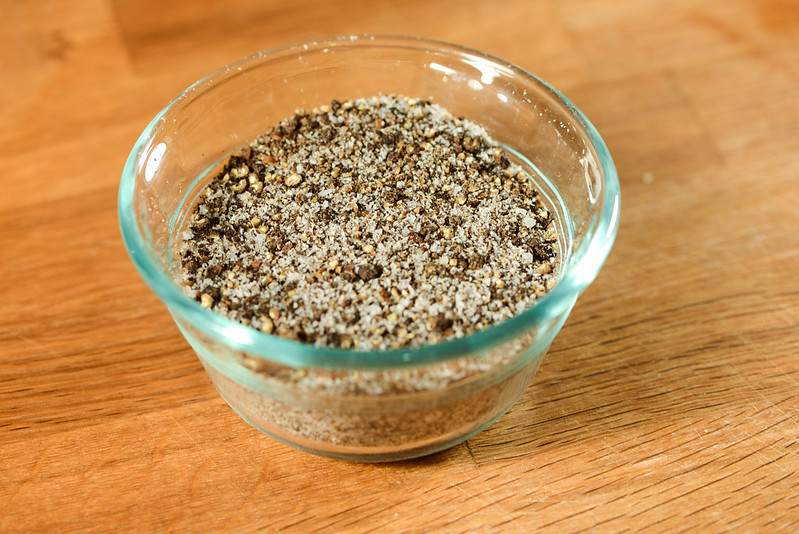 The simplicity of ingredients here is also a reflection of what I had available to cook with over the past few weeks. As I slowly packed up the house, the last two pantry items to get stowed away were salt and pepper—two things I feel always need to be on hand and at the ready. I went with a ratio of the two that slightly favored pepper, since I wanted to give these ribs that crusty, spicy Texas-style flavor in the end. 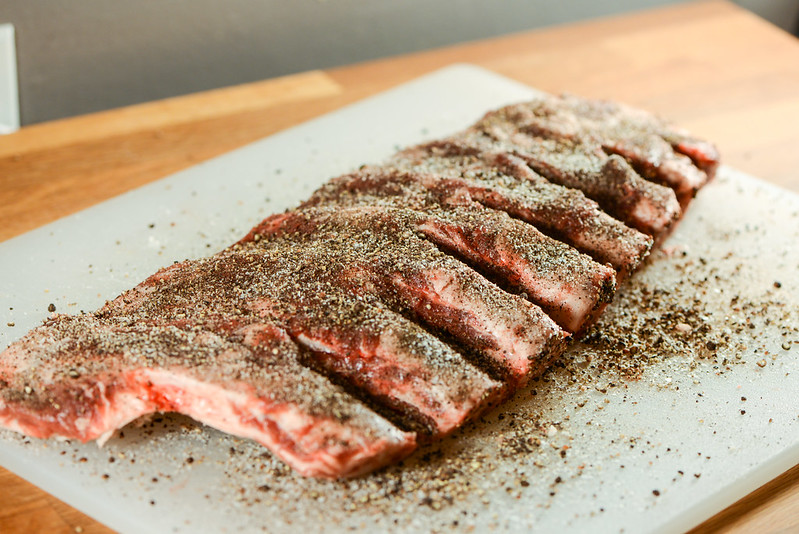 And getting that ideal bark meant not being afraid to go all in on the seasoning—I made sure this rack of ribs was more than well appointed with copious amounts of salt and pepper. 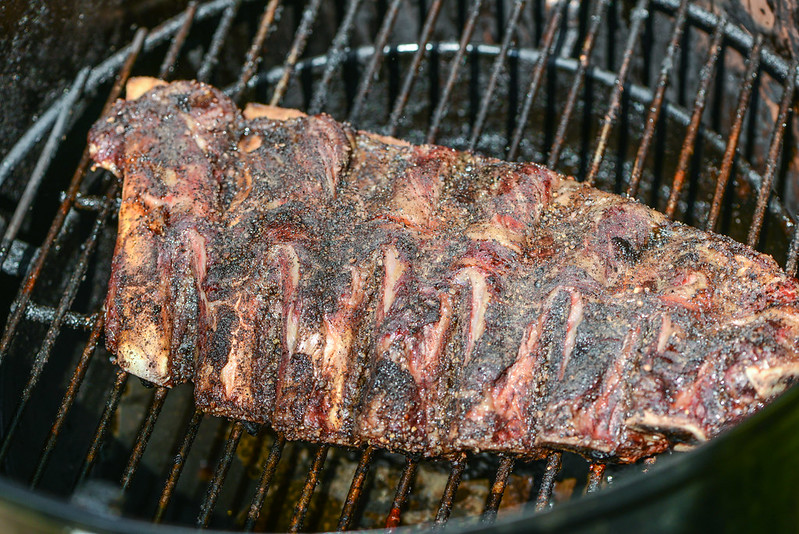 After that, all I did was throw the ribs in the smoker and let them cook until they were tender enough to eat off the bone. I tested doneness mostly by feel, but knowing about beef barbecue, the internal temperature was probably around 195°F after the five hours these were on the pit running at 225°F. 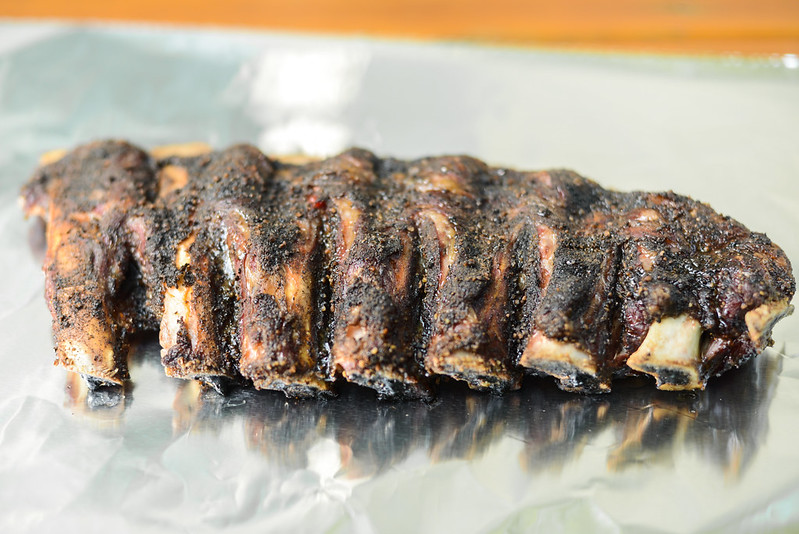 After pulling them off, I wrapped them in foil, tossed them in a oven to keep warm, and let them sit for an hour. The more I try to replicate good Texas barbecue, the more I realize the importance of this rest. After an hour or two of resting, brisket and beef ribs come out even more tender with the perfect slightly crunchy, yet a little soft bark. 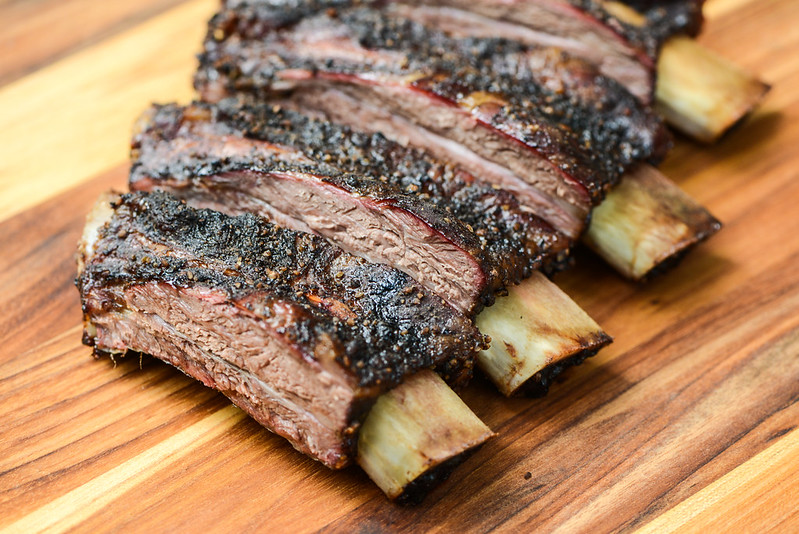 For so little ingredients and work, these ribs really deliver. They're not the meatiest of ribs, but what they lack in volume is made up with flavor—the meat is incredibly beefy with a nice smokiness. The crust is wonderfully peppery, giving them a bite that pairs up well with the beef without overwhelming it. Basically, these ribs just boil down to great barbecue as it should be and are a perfect simple respite from what has been a few weeks of non-stop work related to the move, which has the ultimate payoff of finally giving The Meatwave the home it deserves.