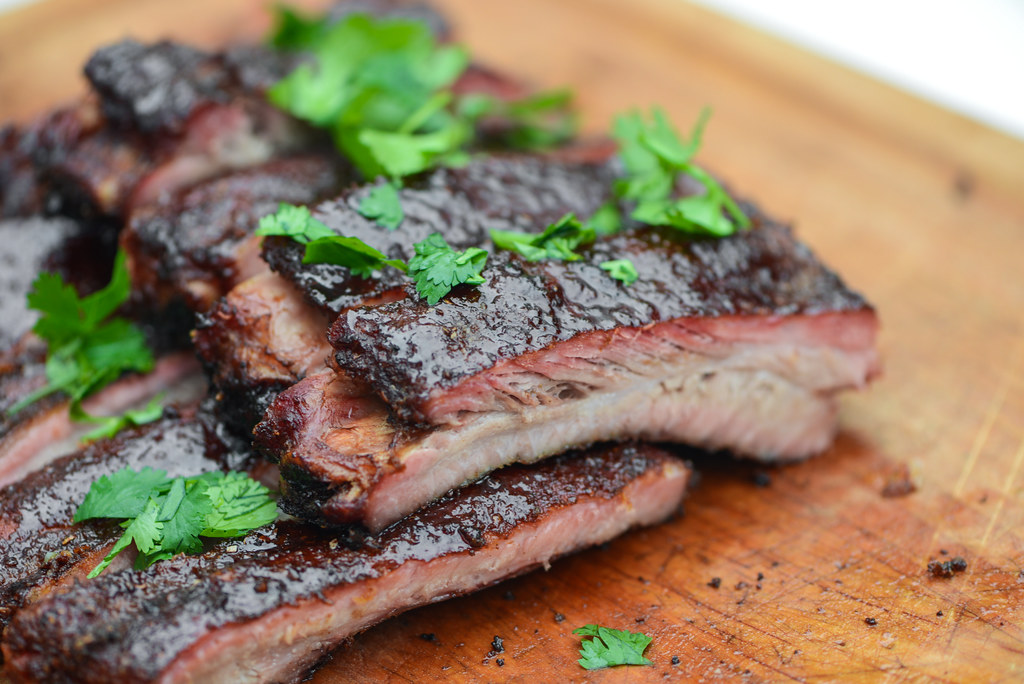 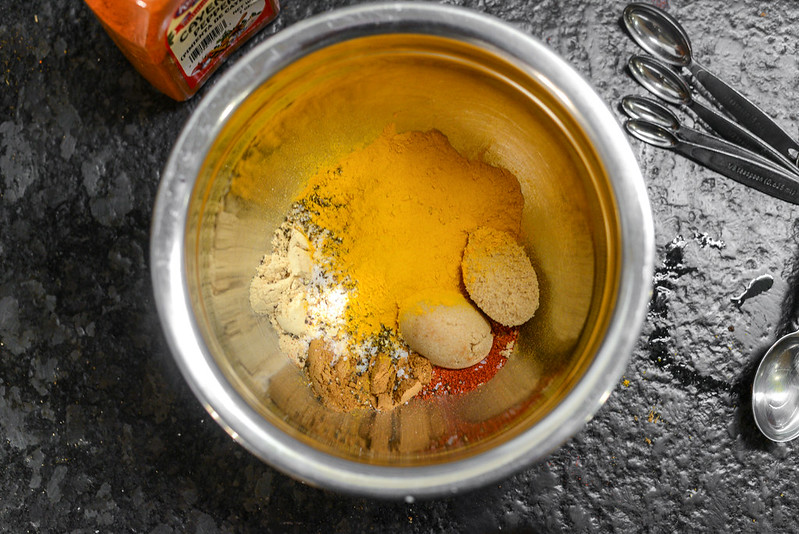 I'll admit, trying to fit ribs into every menu can be a bit of a stretch, but the heavy use of spices in both barbecue and Indian cuisines make the mash-up here pretty apt. Unlike barbecue though, whose mixture of spices tend to be a balance of sweet and spicy, my Indian inspired mixture tilted way more heavily on being primarily earthy with cumin, coriander, and turmeric all heavily represented while sugar and peppers were more background components. 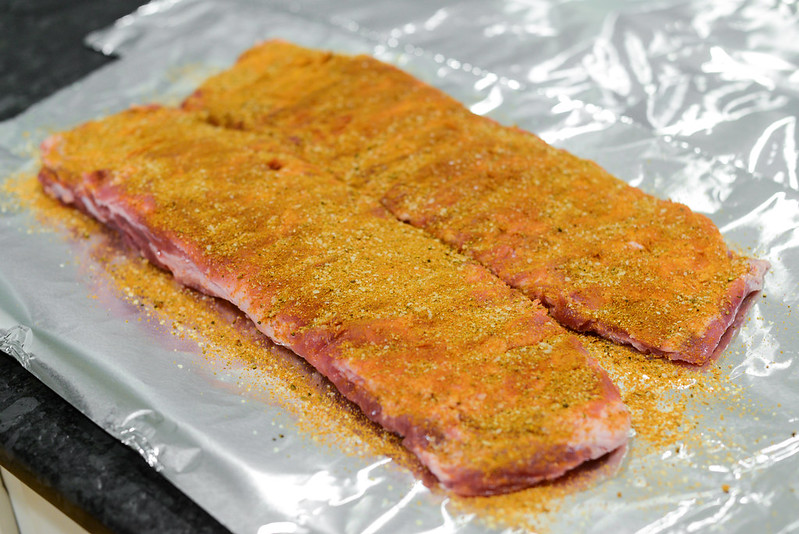 This created a rub that had a bright yellow hue, a departure from the standard reddish color I'm used to. It looked a bit weird at first sight after coating the ribs in the spice mixture, but the aroma was truly excellent. Note of caution here though, the turmeric is out to stain everything, so the use of gloves can be helpful to avoid turning your hands, and everything you touch, bright yellow. 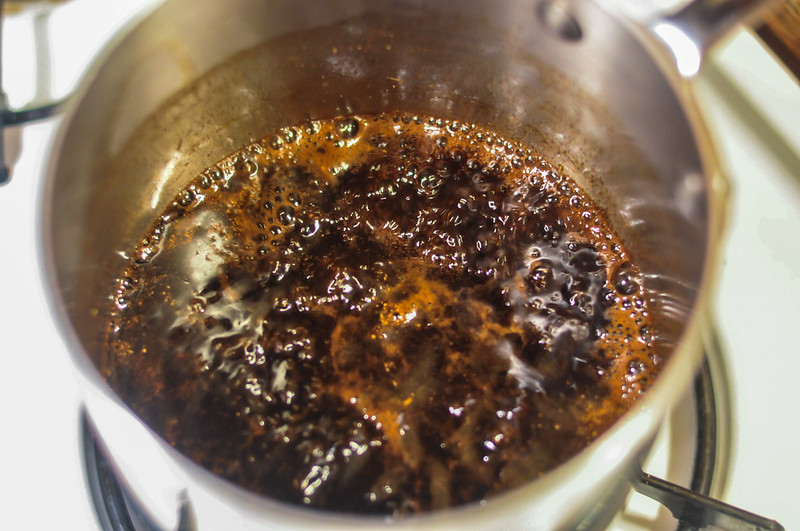 When thinking of an appropriate sauce to go with the rub, sweet tamarind chutney immediately came to mind. If you've been out for Indian food before, you may be familiar with this as the sauce commonly served alongside papadum, whose sweet and tart flavor meshes well with those peppery crackers. It's a pretty simple sauce to make once you've procured tamarind concentrate and jaggery (Indian dark brown sugar). Those two primary ingredients are mixed with water and some spices, then simmered into a thin, syrupy consistancy. 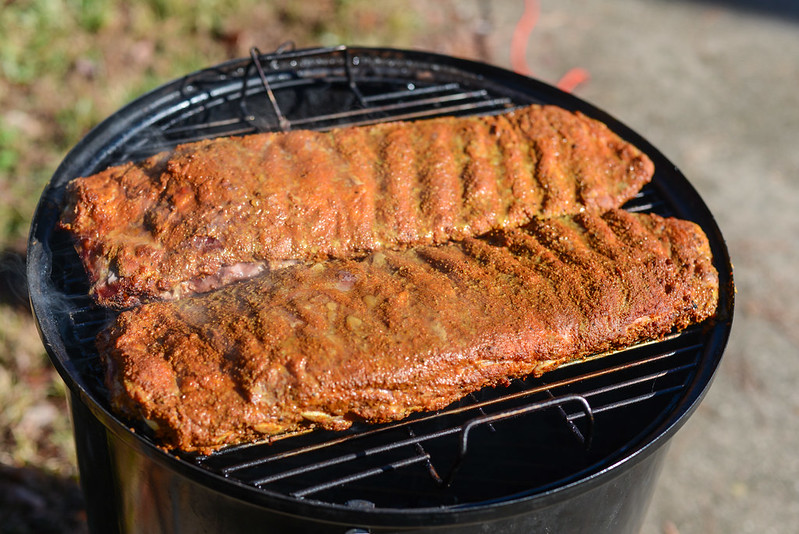 Although the flavors were changed up a lot from your standard rib, the process of cooking remained the same. This called for smoking the ribs at 225°F to allow them to slowly cook, breaking down fat and connective tissues along the way, rendering the ribs both juicy and tender. 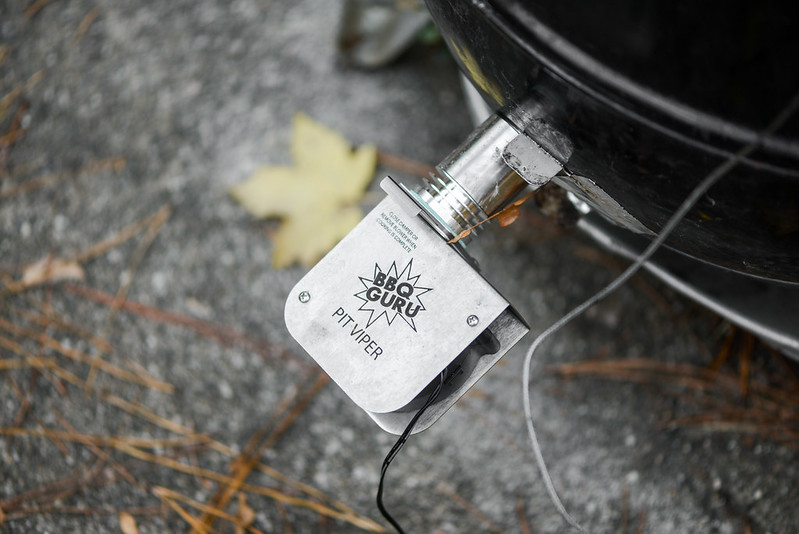 I employed my BBQ Guru to help me maintain the right temperature without any babysitting required. I used to be a naysayer in any additional assistance with the fire, but I've changed my tune after both the convenience and more consistent results have proven the worth of this handy device. 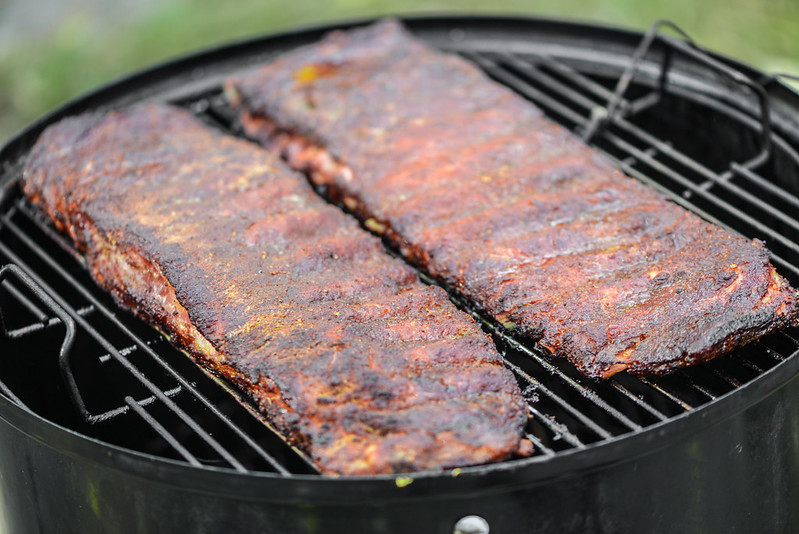 I was a bit worried that the yellow rub would leave the ribs with a somewhat unattractive color in the end, but after five hours of smoking, the racks both developed the normal beautiful mahogany hue I've come to know. 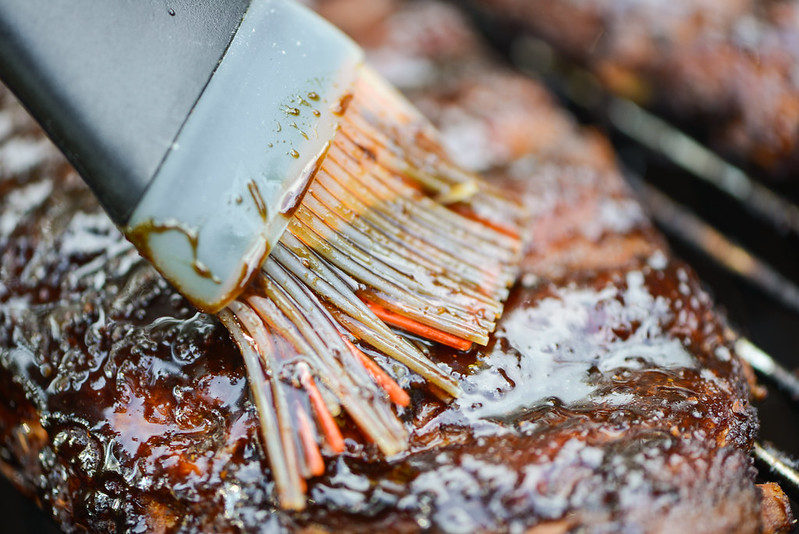 In the last half hour of cooking, I brushed each rack with the tamarind chutney, which gave the sauce time to further bake down and leave the ribs with a shiny, glazed appearance. 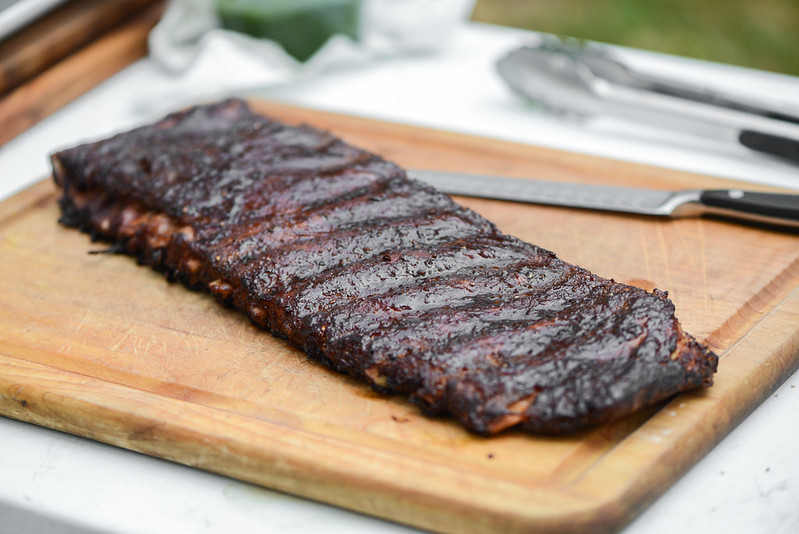 When all was said and done, these ribs didn't look much different than your standard barbecue racks, but just the aroma coming off of them as I sliced them for serving told another story. 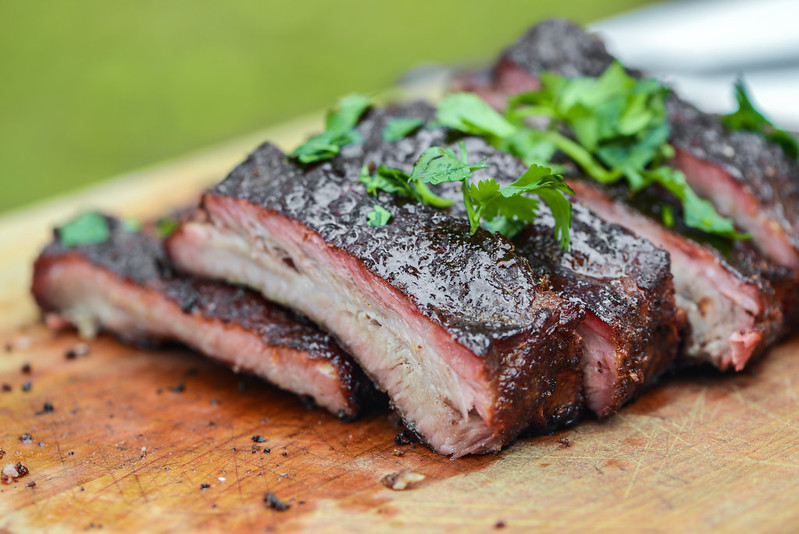 That sweet and earthy smell was the first hint at the flavor to come. Pairing with the moist and and smoky meat was a strong Indian-spiced flavor where the cumin and coriander stood out amongst a complex mixture that also had clear tastes of ginger, garlic, and mild peppery heat. Layered on top of that was a balancing sweetness and contrasting tartness thanks to the sweet tamarind chutney. This made the ribs fit in pretty seamlessly among the more traditional kati rolls, chicken tikka, and naan being served up that day, and also went to further prove that there's little flavors ribs can't successfully take on.