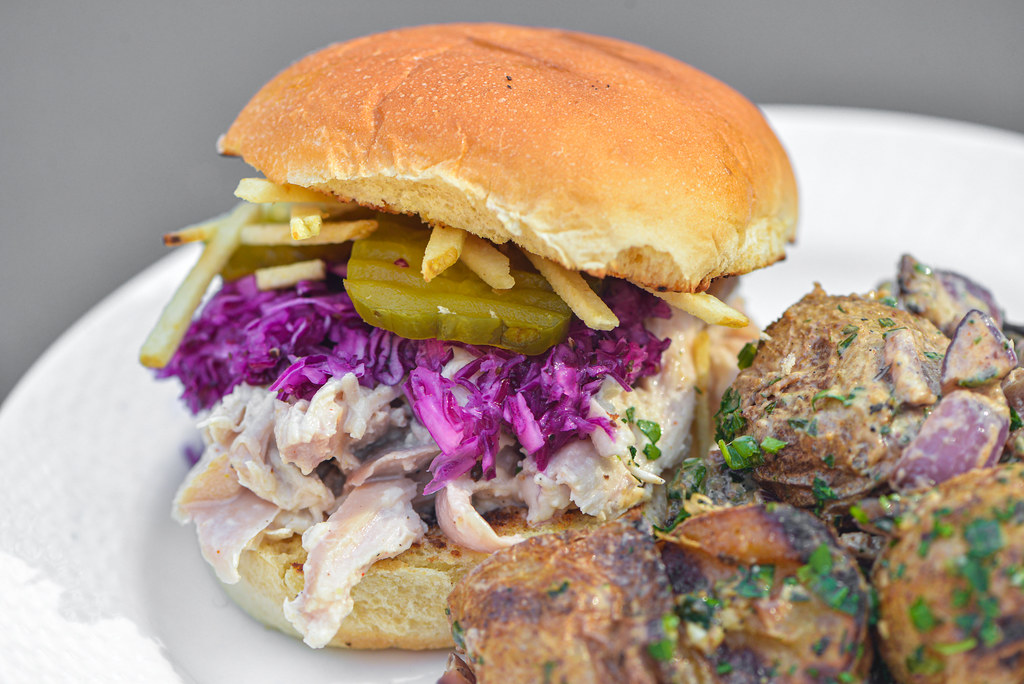 When I redid this site last spring and gave categorization to my barbecue sauce reviews, I quickly noticed that my collection of white sauces was severely lacking. That jumped me into action with trying a couple more white sauces, which left me with an increased love for this Alabama-born creation than I had in the past. I also found that I had a personal attraction to recipes that added a bit of sweetness into the primarily creamy and tangy combo. That left me with a desire to revisit my own white sauce recipe, which was basically just a variation of the recipe from Big Bob Gibson's cookbook. I finally gave a new white sauce recipe a whirl and then used it to make some really stellar smoked and pulled chicken sandwiches. 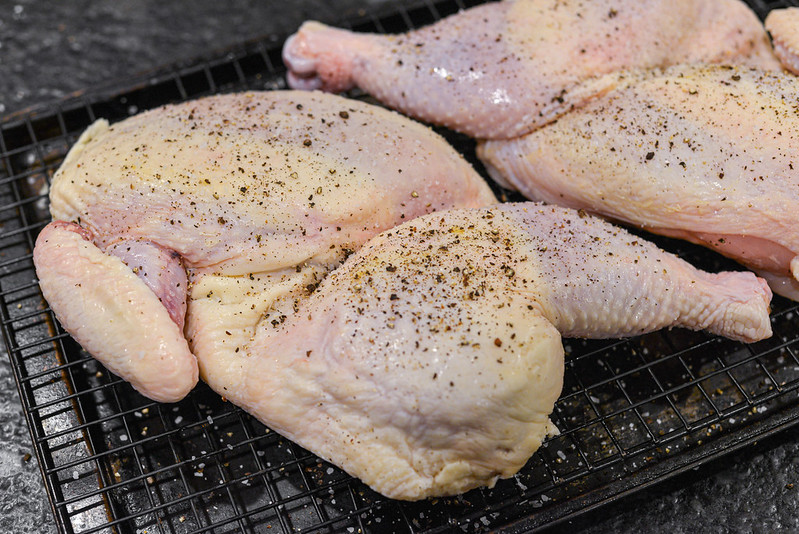 The first thing I did for this recipe was season the chicken since I wanted to let the salt do its magic brining the bird overnight. For more even and quicker cooking, I used halved chicken, which made it easy to generously salt each half all over. Other than that, I only added black pepper—I figured a bird I was going to pull didn't need a coating of a barbecue rub, nor did I want a rub interfering with the delicate flavor of the white sauce. 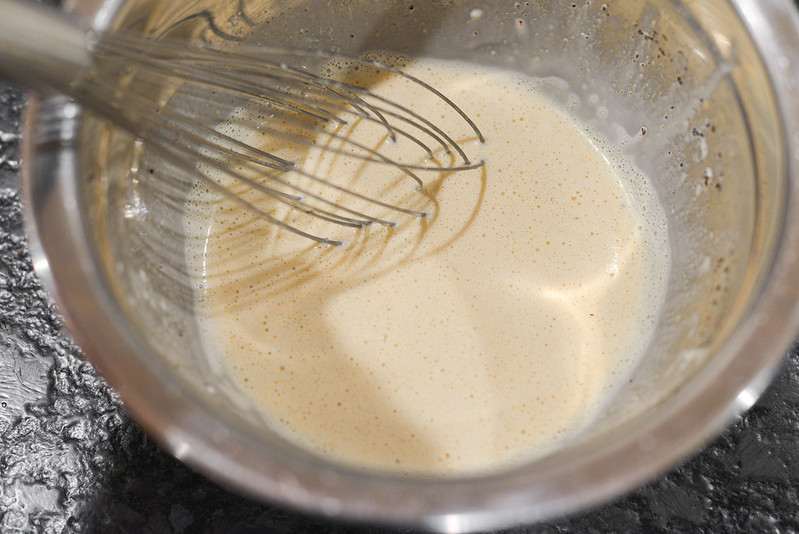 Next I tinkered with my sauce recipe. Going in I already had a good idea what I wanted this to taste like—I wanted that standard mayo and vinegar base with a noticeable touch of sweetness, then a contrasting heat along with just enough extra depth to make it taste like a barbecue sauce. I added in the sugar a teaspoon at a time and found a mere tablespoon was enough to provide a nice sweetness, then to build the depth and heat I used mustard, seasoned salt, cayenne, and black pepper. Compared to most of my sauce recipes, this one was very light on ingredients, yet the final product tasted really well rounded and I couldn't wait to see how it worked on the smoked chicken. 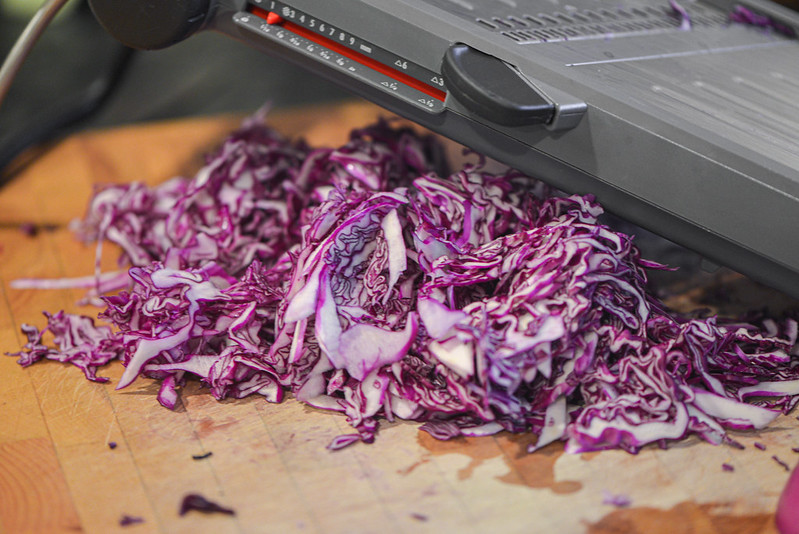 From there I had to consider the rest of the sandwich because pulled chicken alone wasn't going to be all that exciting. I busted out a recipe I keep using over and over again for a red cabbage slaw. Not everyone loves the extra crunch of red cabbage for coleslaw, but I've found when using it in sandwiches, the added crispness really shines and provides a crucial and desirable textural component. That's one reason I keep going back to the same recipe, the other is it just tastes great. 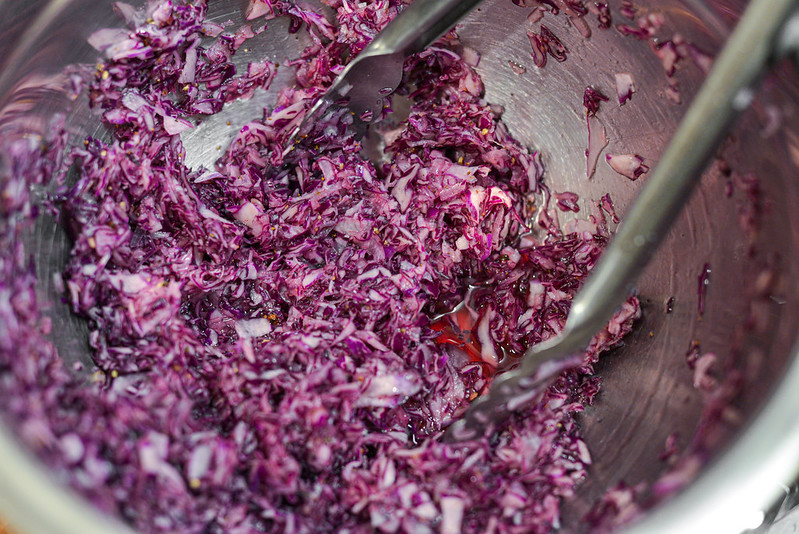 I got a recent comment on one of my coleslaw recipe thinking the amount of sugar and salt in the recipe has to be a mistake, but it's not—to draw out moisture, tenderize, and season the cabbage and red onion, a seemingly large amount of salt and sugar are used, but then washed away. This process leaves the vegetables with a well embedded seasoning, and that also allows me keep the dressing really simple, using just cider vinegar, celery seed, black pepper, and a tad more sugar to help balance out the tartness. 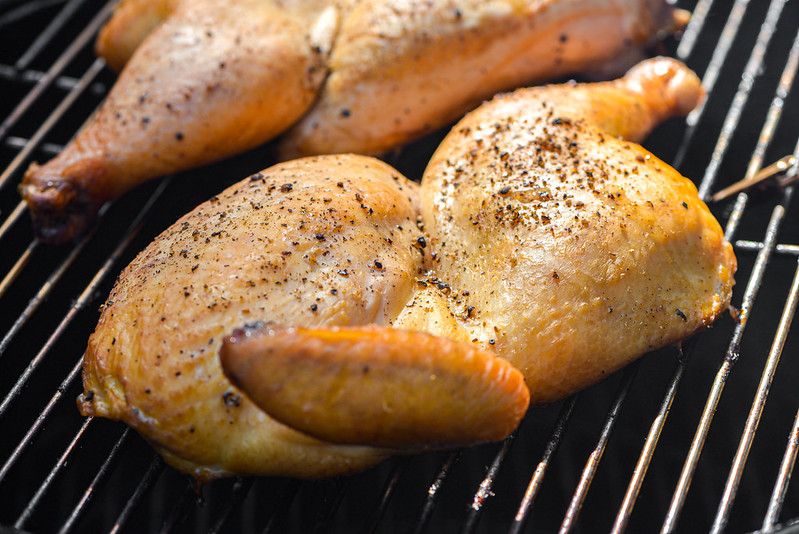 I didn't do anything fancy to smoke the chicken, merely let it go low and slow in my Weber bullet running at 225°F with a single chunk of apple wood tossed on the coals—you only need a little bit of a light smoking wood on lightly flavored meats like poultry to get the job done. I pulled the bird from the smoker when it hit 145°F in the thickest part of the breast. That temp might give some people pause here since it's 20°F less than USDA guidelines, but with the slow smoke and a lengthy rest after cooking, there's enough time at that lower temperature to effectively kill any potential nasty bacteria, and once you taste how juicy and flavorful the meat is, you may never go back to cooking to 165°F again. 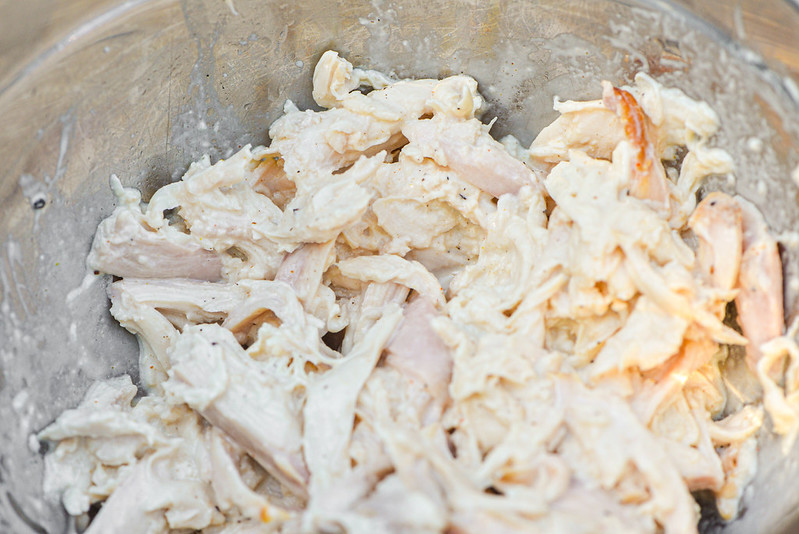 Once rested and cool enough to handle, I removed the skin from the bird and pulled off the meat. I placed the pulled chicken in a bowl as I was shredding it by hand, and once all done, I added in the sauce and tossed to coat. I gave the meat a try and was very pleased with how juicy and rich is tasted, with the white sauce doing its job being more of a natural flavor enhancer rather than a major flavor adjuster like a normal barbecue sauce is. 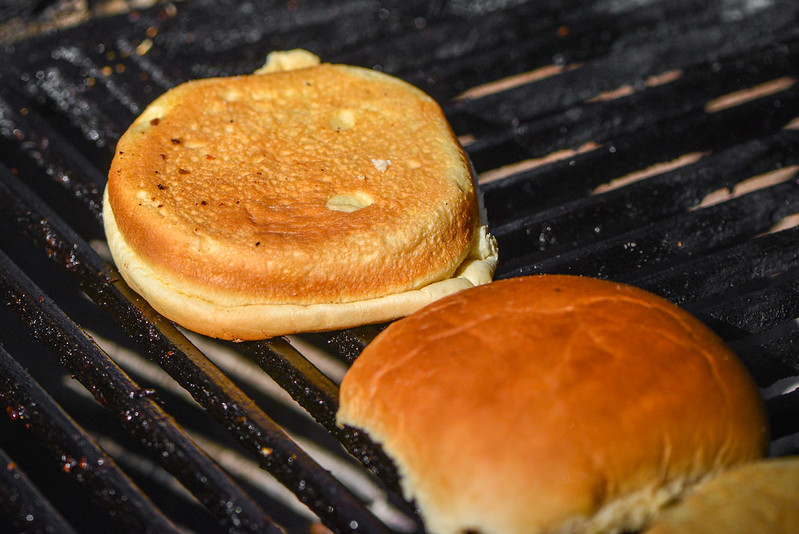 Since I had my grill going for a potato salad recipe I was working on at the same time, I used the available heat to toast the buttered potato rolls that would serve as the vessels for these sandwiches. This is not a necessary step and it's not in the final recipe, but who doesn't love a buttery and toasty bun? The grill is obviously not a necessity here either—you can do this more easily in a pan on the stove. 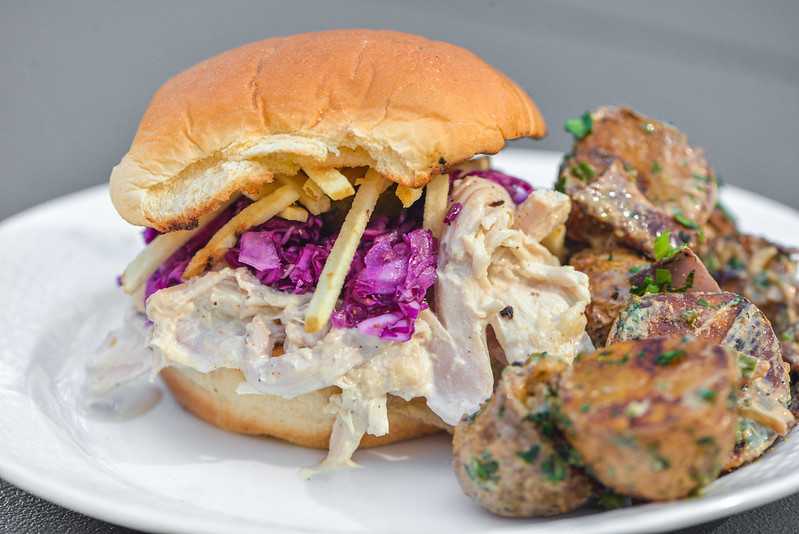 To assemble the sandwiches, I put a helping of the sauced chicken on each bun and then topped with the red slaw, a couple dill pickle slices, and finally a helping of potato sticks. I was really digging how the entire thing came together, starting with the rich and smoky chicken whose light sweetness was contrasted by the tartness of the slaw and pickles, along with the saltiness of the potatoes. Both the potatoes and slaw also provided an ideal crunch against the juicy and tender meat, delivering a full circle sandwich experience that was boosted even further by that buttery and soft bun. This sandwich also allowed me to use white sauce in a slightly different way—in the past I merely dunk whole chicken pieces in it, but when used as dressing for pulled meat like done here, I got more of it essence in each bite. It was just my wife and I eating that day, and I had a fair amount of chicken leftover, which I had planned to use for a new chicken salad recipe, but I liked this sandwich so much I ended ditching those auxiliary plans and made these sandwiches again with the leftovers instead. 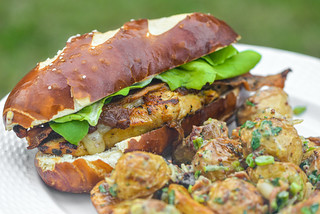 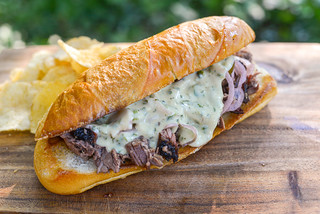 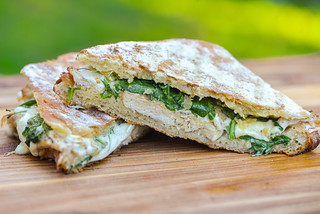