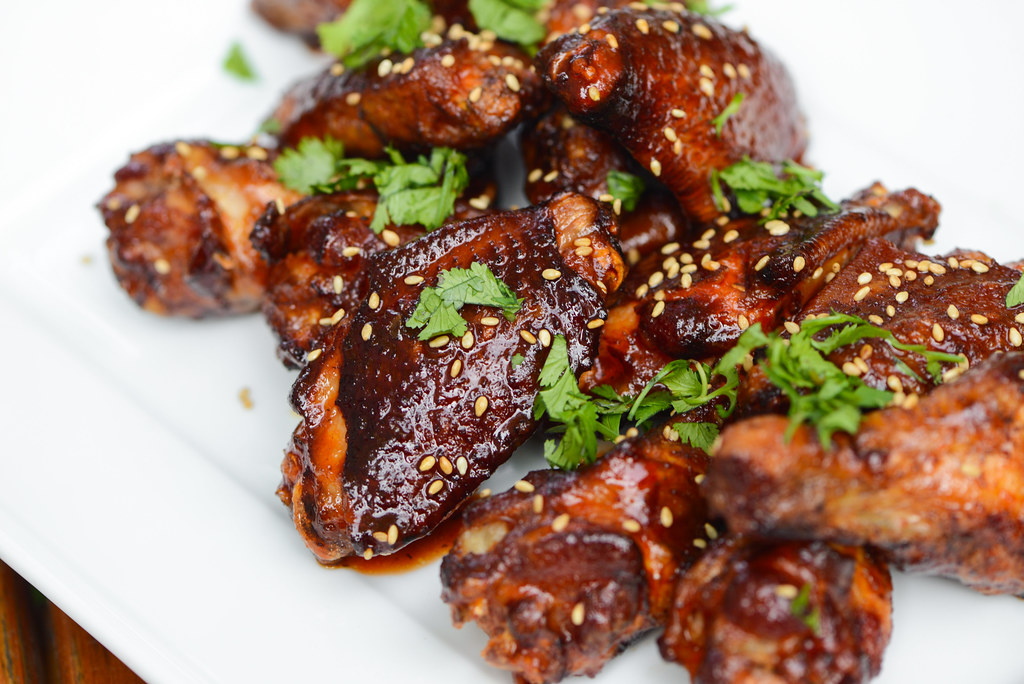 The most exciting thing about the New Year? Wing Month!

Followers of this blog know I'm a lover of wings with evidence in the 20 recipes I've amassed to date for these delectable little morsels that I deem king of the finger foods. To start each year off right, I usually dedicate the entire month of January solely to developing new wing recipes and I'm starting 2017 strong with these smoked and fried wings finished with a sriracha sauce 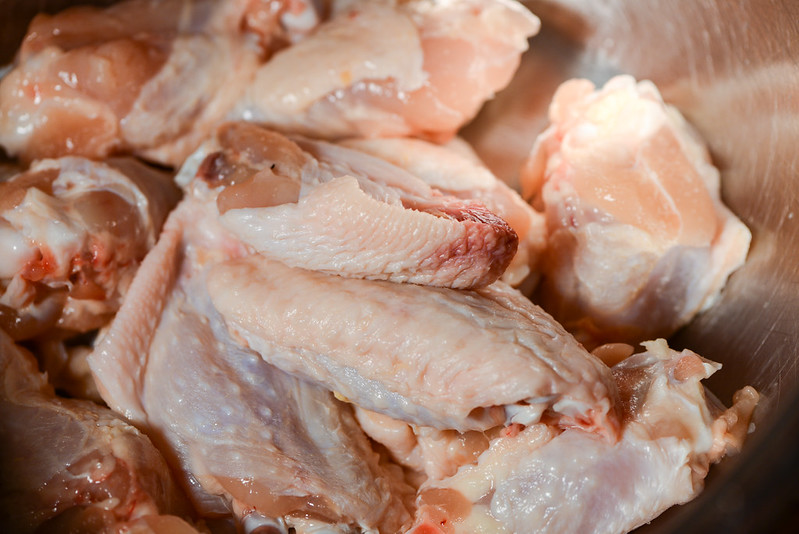 Part of why I love this recipe so much is it represents a new method. My wing recipes tend to be pretty formulaic—toss with salt and baking power, air dry in the fridge, grill over indirect high heat, and finish with a sauce—but these wings shook things up with a one-two punch cooking process of smoking and frying. 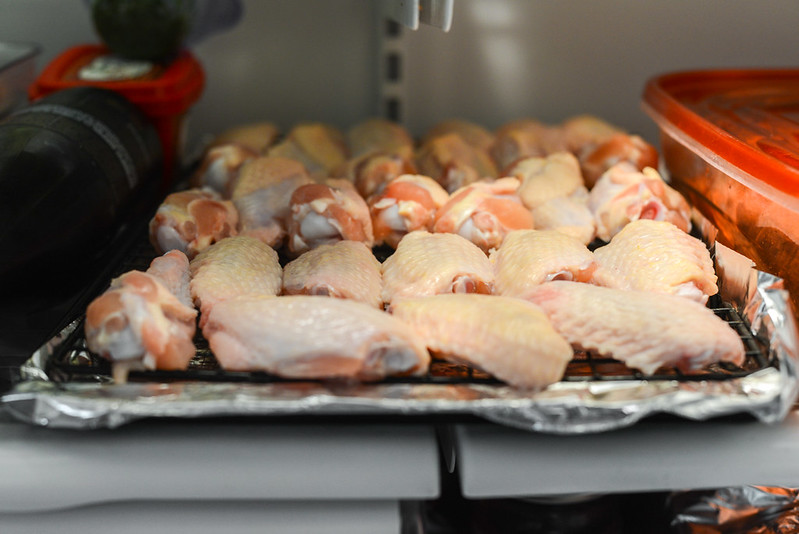 The reason behind my normal air drying step is to remove moisture from the skin to allow it to crisp better on the grill, but I assumed this wasn't totally necessary here because frying should technically get things crispy in the end. Still, old habits die hard and I started these wings by salting them, arranging them on a wire rack, and letting them sit overnight in the fridge. While this extra time didn't hurt, I'd wager you can skip it with no averse effects in the end. 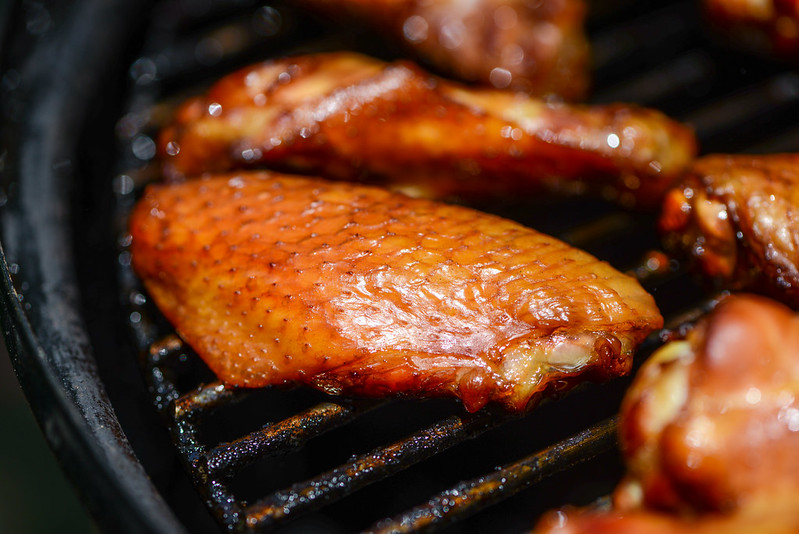 I've shied away from smoked wings in the past primarily because the low and slow cooking method renders the skins tough and chewy, while hot and fast cooking gets them nice and crispy. Again, due to the frying, my hope was the final skin crunchiness would be ideal, but my inexperience with smoking wings led to another problem... 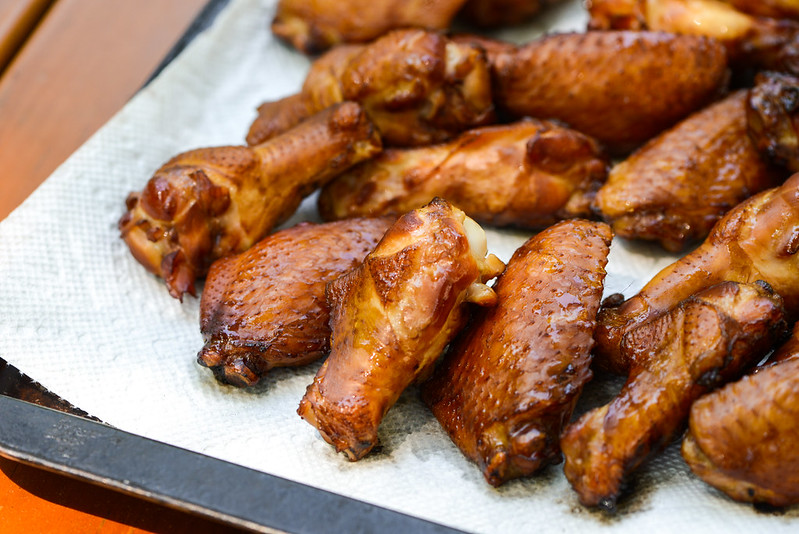 Over smoking. I let the wings cook at 225°F for 1 1/2 hours, and after tasting one of these beautifully mahogany wings, it was intensely smoky, almost to an unpleasant point. So my couple chunks of cherry wood was a little overkill here—one small chunk would surely suffice. 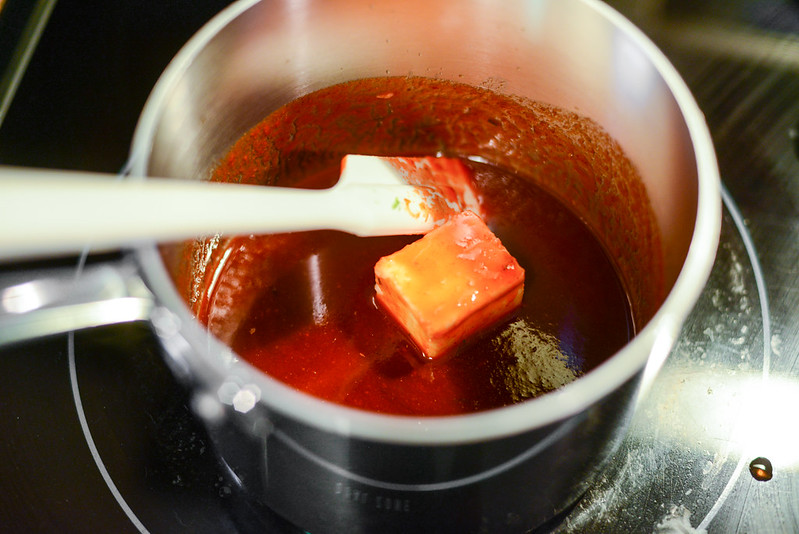 I can't take full credit for these wings, I was prompted to try the method and sauce via Billy Durney's wings at Hometown BBQ. When I perused his ingredient list, I realized that the sauce was very similar to the sriracha wings I did awhile back. So I used that recipe as a starting point and changed up the ingredients ever so slightly to be closer to those fantastic Hometown wings. 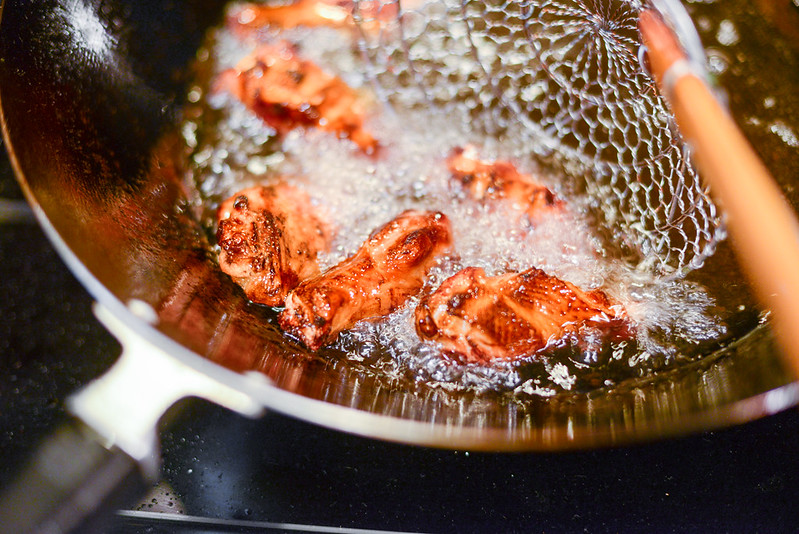 Once the sauce was done, I heated up some canola oil in my wok and went to frying the wings. With the wings already cooked and most of the much fat rendered, I was only looking to crisp the skins here, which only took a couple minutes in 375°F oil. 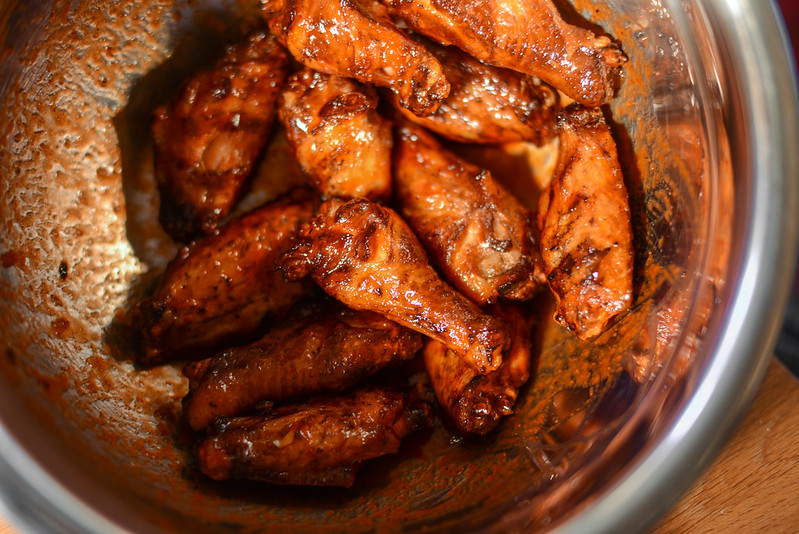 After all the wings had been fried, I transferred them into a large bowl, poured on the sauce, and tossed. The combination of the spice, citrus, and smoke was intoxicating and I couldn't wait to try them. 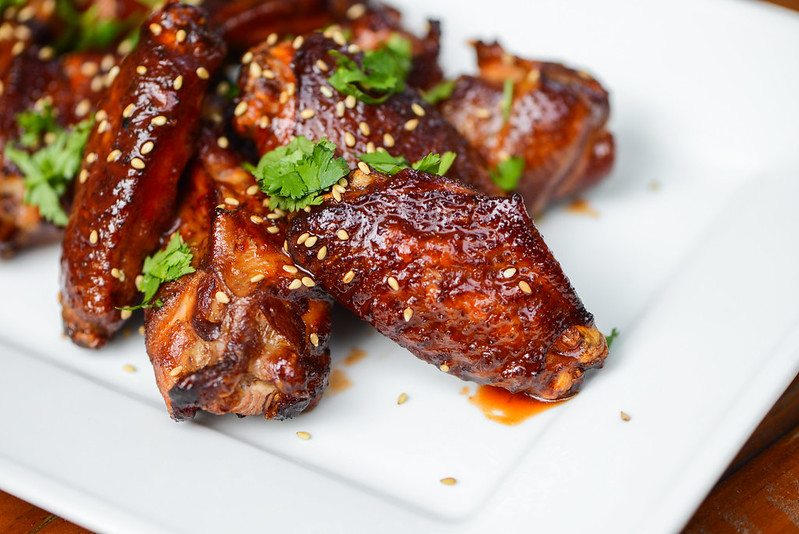 These wings ended up being like those sriracha wings times 100. The intense smokiness I had experienced previously was tempered by the frying and sauce, delivering an excellent balance with the spicy, garlicky, sweet, and bright sauce. The skins that were kind of chewy out of the smoker had gained a nice crunch, while the meat retained all of its juiciness, striking that ideal wing textural dichotomy. Now if everything else this year ends up being as great as these wings, 2017 is shaping up to be pretty awesome! 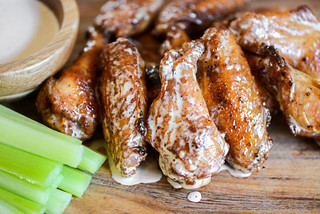 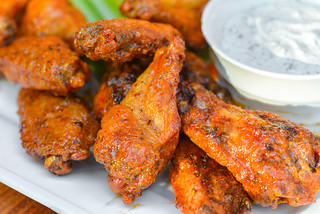