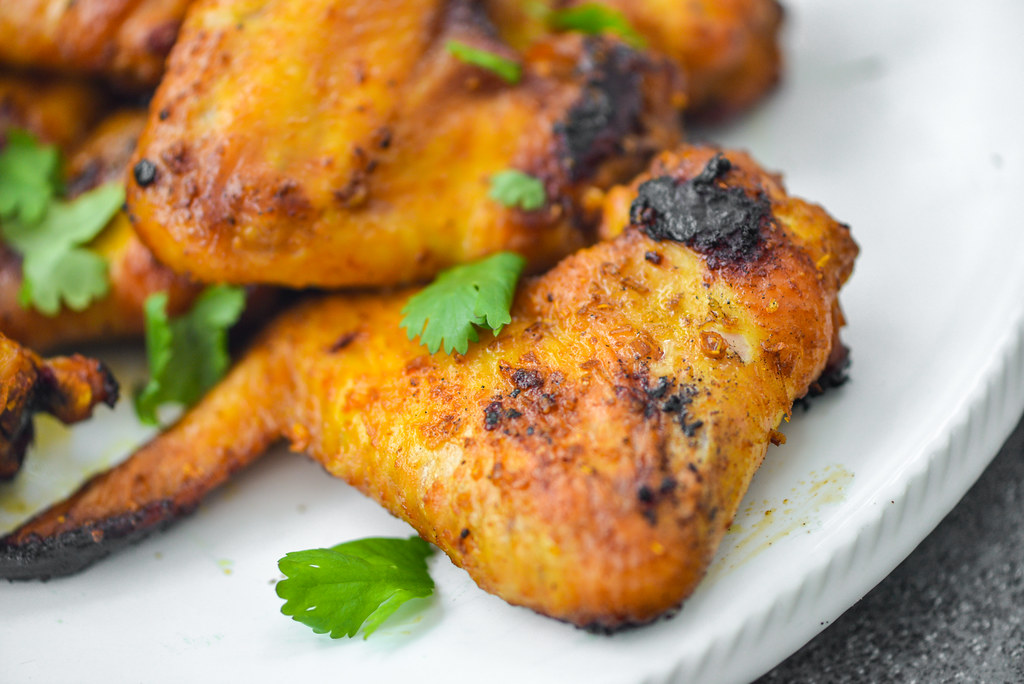 I'm closing out an epic five-recipe Wing Month with an oldie, but goodie. Well, the wing recipe is technically new, but it's comprised of a marinade and sauce for Thai chicken satay that I've been using for many, many years. I actually was never much a fan of chicken satay until I started using this specific recipe, which I find much more flavorful and exciting than the satay that most commonly graces plates at Thai restaurants. I also have never been a lover of peanut dipping sauces, but the one here is incredible and I literally can't get enough of it—I'll eat it by the spoonful! So put these two things together, and it makes for one mighty fine chicken wing. 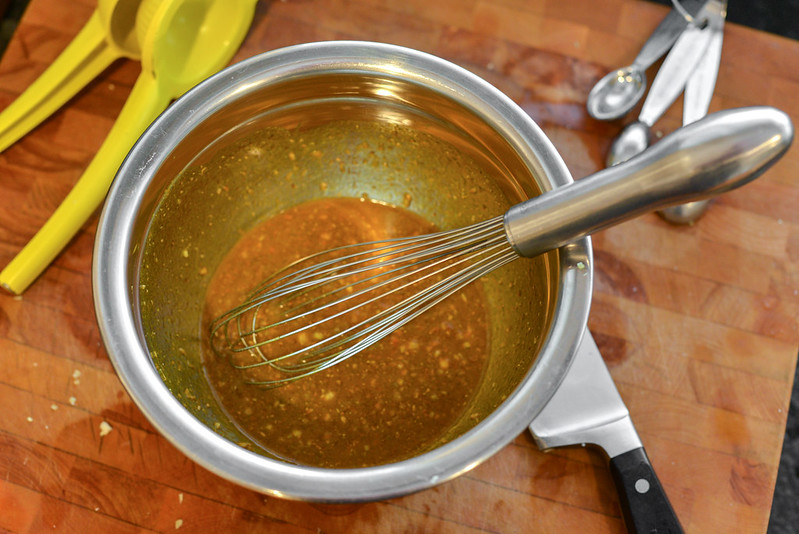 I was actually really excited to try out my satay recipe on wings because in the past I had only used it on chicken breasts, and that worked great, but breasts are my least favorite part of the bird. Wings, on the other hand, are my favorite piece, so I couldn't wait to see how a marinade I already knew was excellent would work on the best part of the chicken. 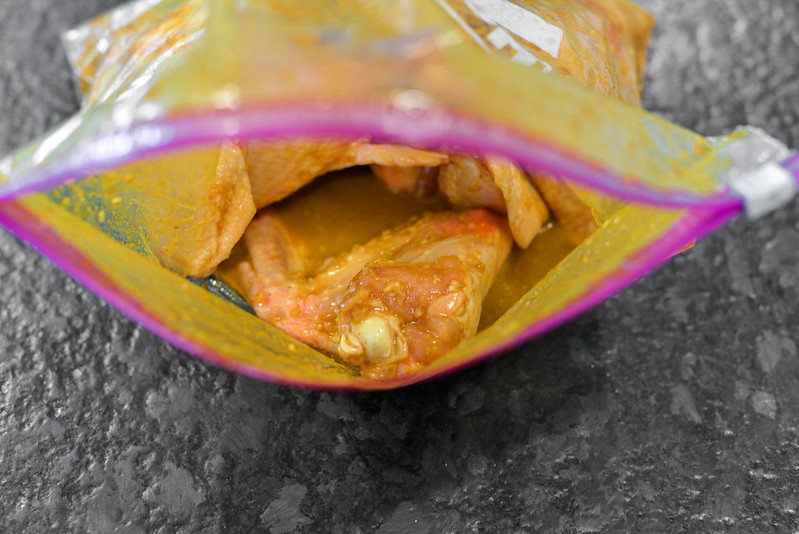 I did worry though that the extra moisture introduced here wouldn't give me the crispy skin I crave. I had been shying away from marinades for wings altogether for years, but after some recent successes using this method with souvlaki wings and Peruvian wings, I had cautious optimism everything would work out for the best in the end. 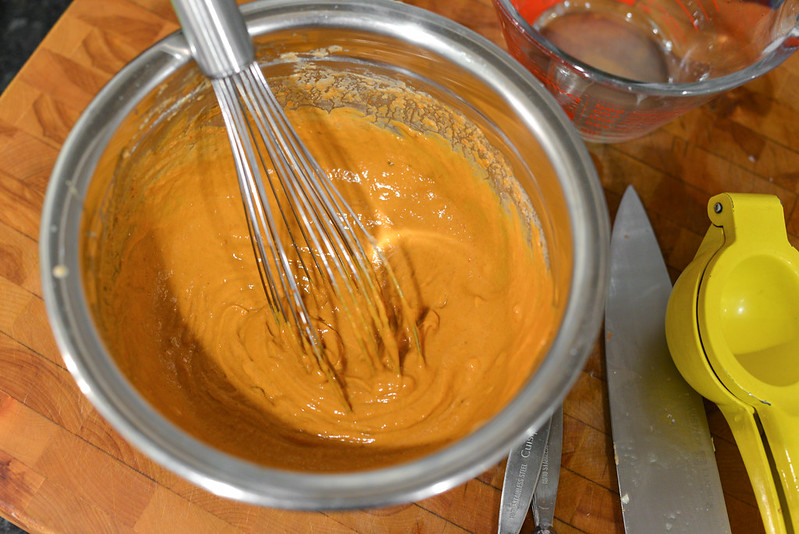 While the chicken marinated in the fridge, I put together the dipping sauce. I got this recipe a long time ago from Cook's Illustrated, and it's the only peanut sauce I've made since. I think the magic of it comes by way of mixing in a hearty amount of Thai red chili paste, which gives the sauce a very complex and spicy flavor that I personally can't get enough of. 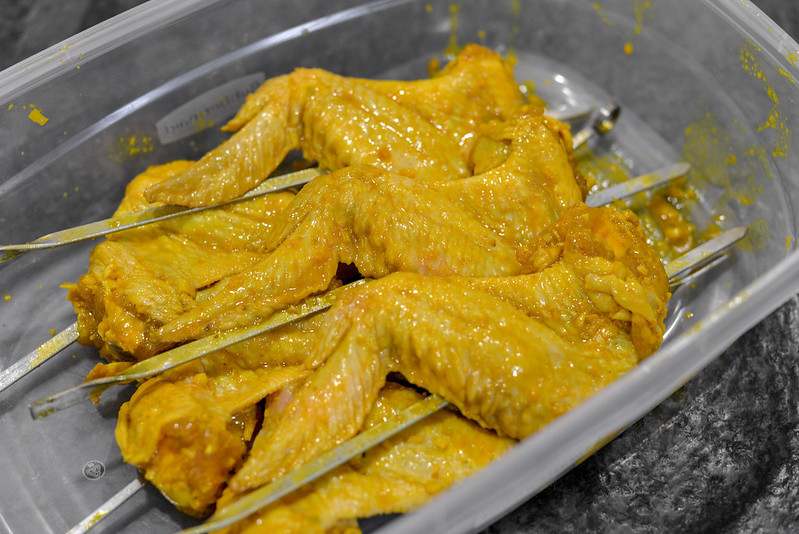 To change things up a little from my other wing recipes, I decided to use whole wings here. In a quest to get the best exterior, I wanted to expose as much of the skin as possible while grilling. To do this, I threaded each wing onto a skewer and then spread the chicken out as much as possible. My hope was this would lead to least amount of soft skin and maximum amount of crispier skin with the best browning overall. 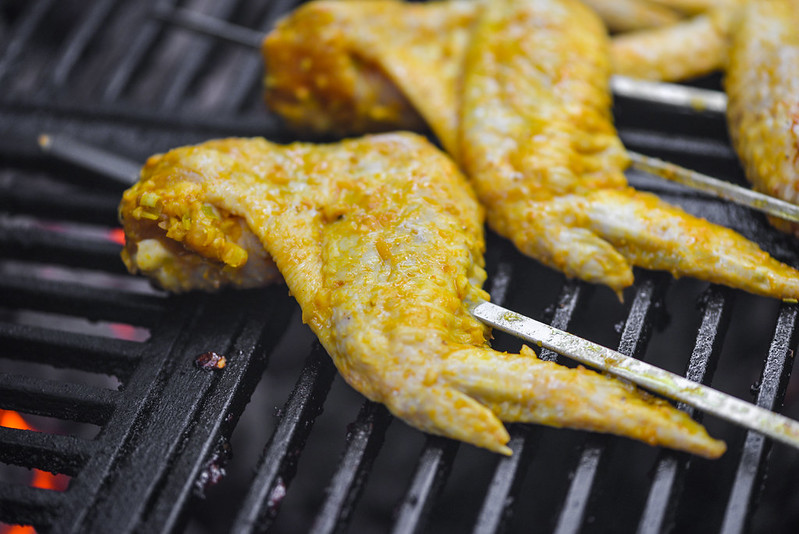 I grilled these wings using a two-zone fire, where all the coals were situated on one side of the charcoal grate. I placed the skewered chicken on the cool side of the grill, covered, and let cook until well browned—this almost always takes around 45 minutes with a fresh, hot fire. 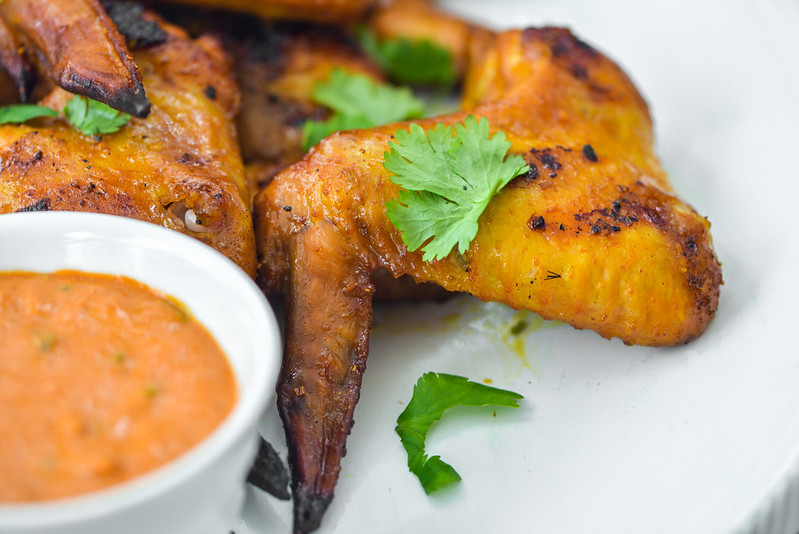 The wings certainly looked beautiful after cooking with their yellow-brown hue and some attractive bits of deeper caramelization as well. Compared to my other marinated wings I made this year, these were least successful in terms of crispy skin—while the skin wasn't too soft or flabby, it also wasn't crunchy—but they were a triumph in flavor. The earthy and lemony marinade tasted incredible on the wings, way better than it does on chicken breasts, in my opinion. They also paired great with the spicy peanut dipping sauce. I'll admit that eating and dipping would have been easier had I separated the wings into drumettes and flats, so you may want to make that change to the recipe if ease of eating trumps style for you. Still, these wings did not disappoint at all and just went to show a tried and true recipe can find new legs with just one change that, I contend, made it all the better.