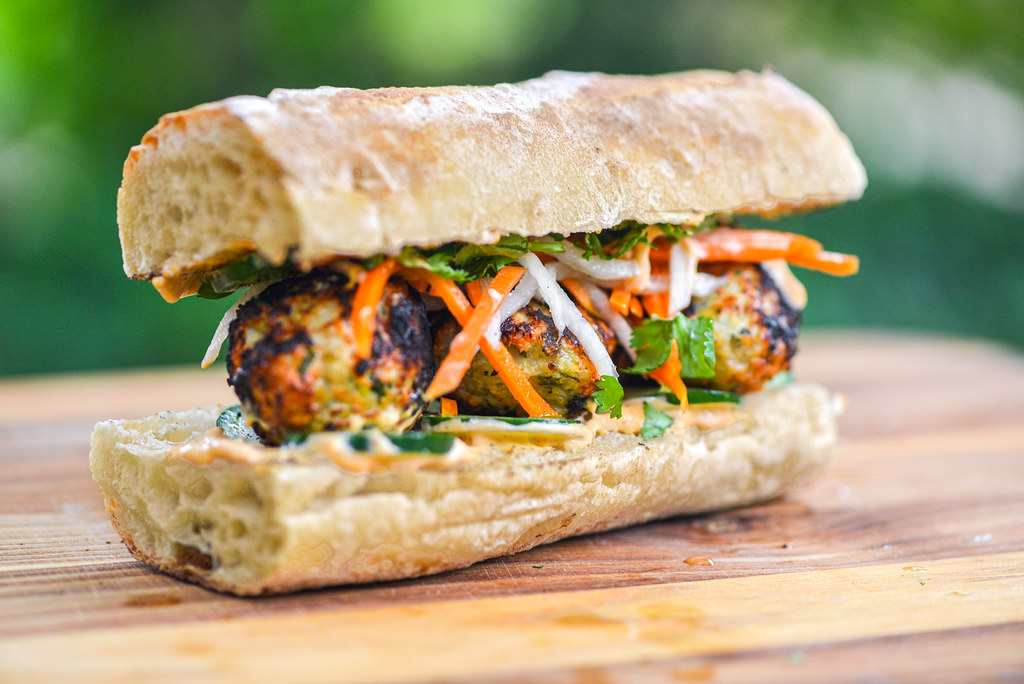 Not all recipes I work on make it to this site for a number of reasons: they just didn't turn out, they didn't quite match the standards I try to keep, the photos were less than stellar, etc. Some recipes end up complete toss aways, but I also keep a bank of recipes that weren't 100%, but I wouldn't mind turning to them in a pinch and sharing with my notes on how to improve it. One such recipe I've had in the reserves for years is for a Vietnamese meatball banh mi—that sandwich turned out well, but I knew I could do better. It's content that I've looked at time and again with the desire to share, and I figured because of that, it was time either to finally post it or fix the recipe to be as good as it can be with my current skill set. I chose the later and ended with a meatball banh mi that far exceeded my expectations. 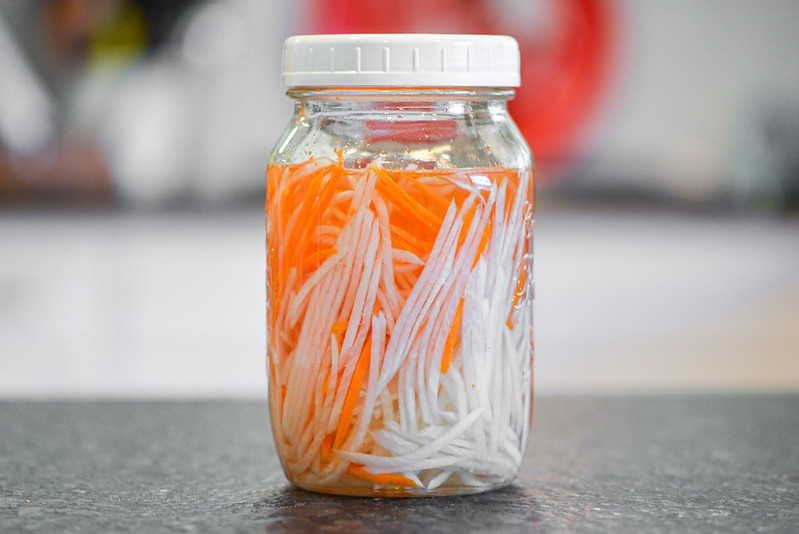 Although I did want to fix that recipe, a primary reason it came up now is because I had a jar of pickled diakon and carrots sitting in the fridge from another banh mi creation that I wanted to put to use. The good thing is that these simple pickles last a long time, but each time I make them, I end up with so much that I eventually end up tossing some for either fridge space or being there so long that I forgot when I made them. 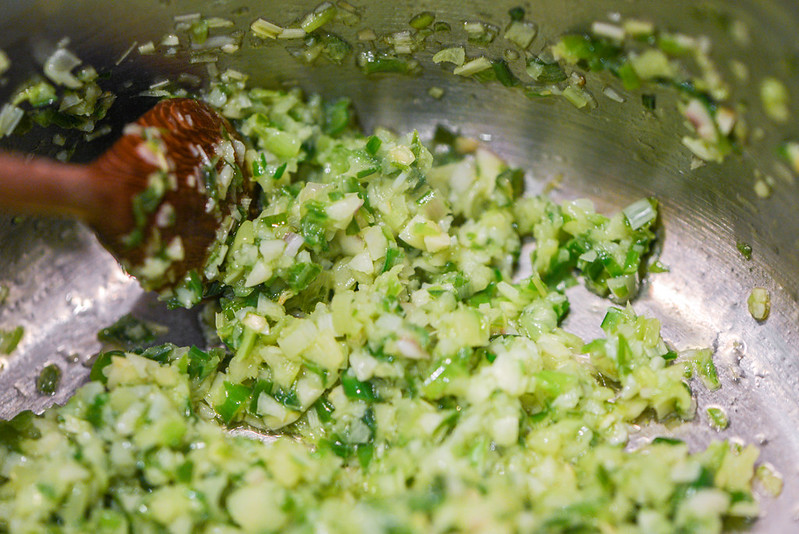 Those pickles, plus the other standard banh mi toppings, haven't really changed at all from recipe to recipe I developed over the years for these sandwiches. What makes this recipe notable are the meatballs, and these were really flavor packed. I started with an inspirational recipe from Serious Eats and made some adjustments to quantities and procedures so they would be better adapted for grilling. The initial seasoning mixture of scallions, ginger, garlic, lemongrass, and bird's eye chilies was sautéed until softened in a bit of coconut oil. 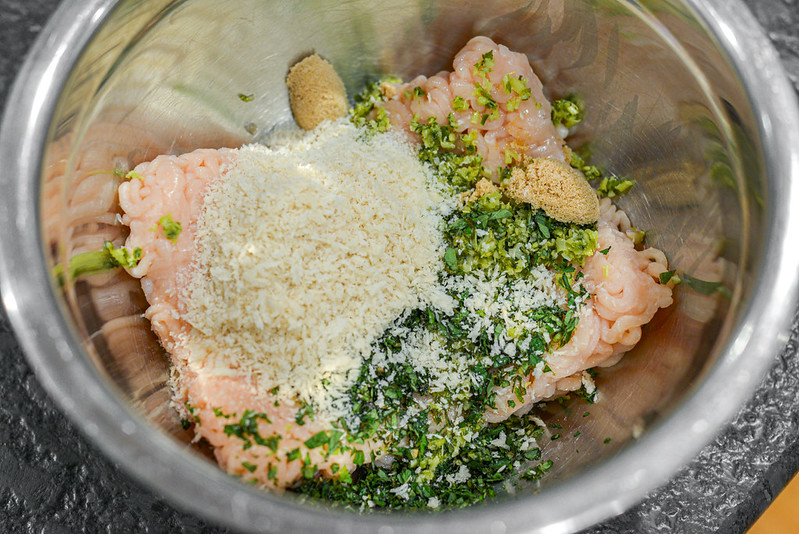 Once those aromatics were cooled, I mixed them in with the chicken along with fish sauce, brown sugar, salt, mint, and panko breadcrumbs. The breadcrumbs were absent in the inspirational recipe, but I've found from testing and experience that ground chicken really needs a binder to allow the meat to keep its shape and grill with ease, so I think it's pretty essential for success here. 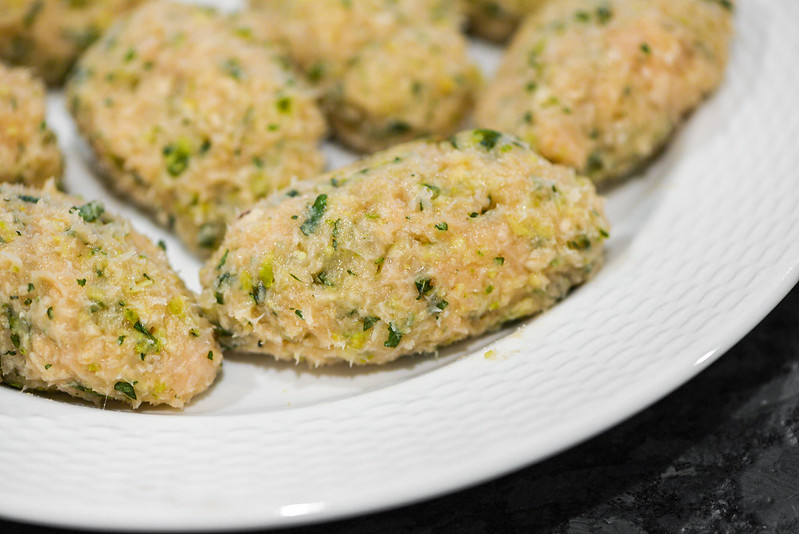 I rolled these meatballs in a football-like shape for a couple reasons, first was that was what these looked like in the photos in the recipe I was following, and second, I thought less height and more length would actually be ideal in a sandwich scenario, filling out the length of the bread without making the sandwich too tall to comfortably eat. 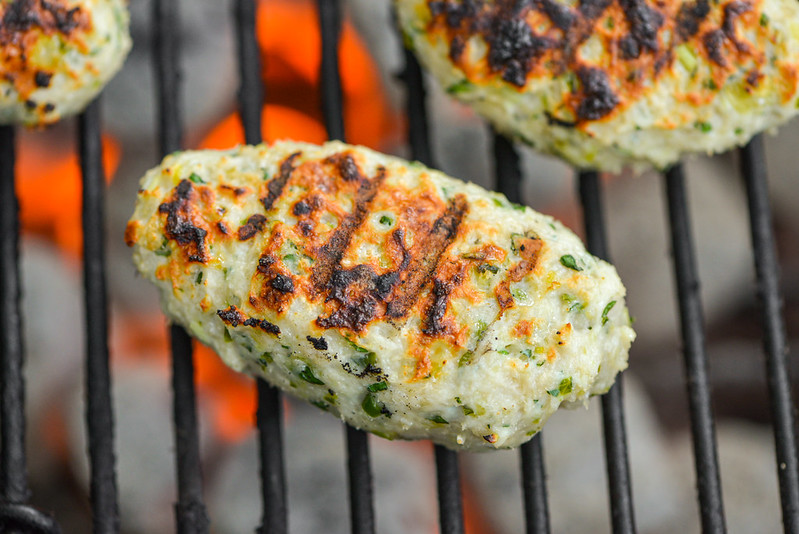 I grilled the meatballs over high, direct heat—a good hot fire is beneficial for ground chicken because the more quickly the meat firms up, the less likely you'll experience breakage and general falling apart. The only problem with a scorching hot fire is that they also brown incredibly fast, and these ones were charring way quicker than I was expecting, which may have partially been due to the sugar added into the mix. To ensure the meatballs were done, but not overcooked, I keep and eye on their internal temperature using my Thermapen and pulling each one off the grill as they hit around 155°F in the center. 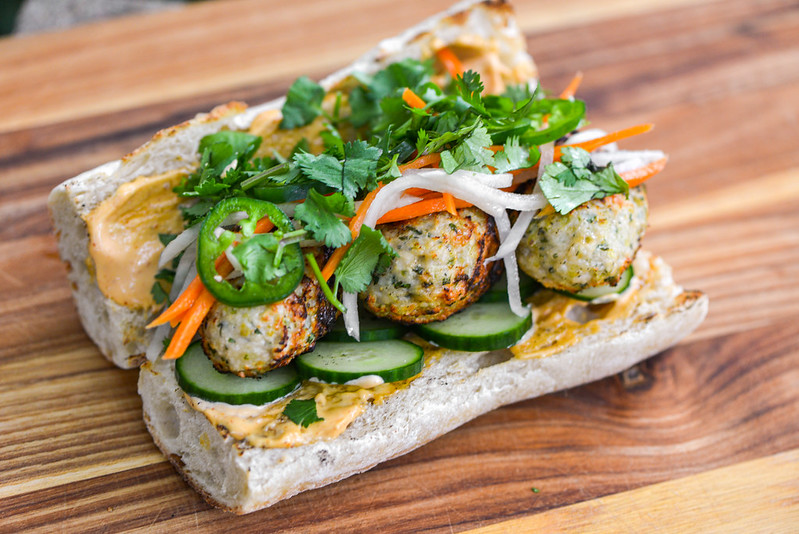 Then I assembled the sandwiches by spreading mayo—I mixed a little sriracha into mine—on both sides of a baguette and then added on slices of cucumber, the meatballs, pickled daikon and carrots, jalapeño rounds, and cilantro. 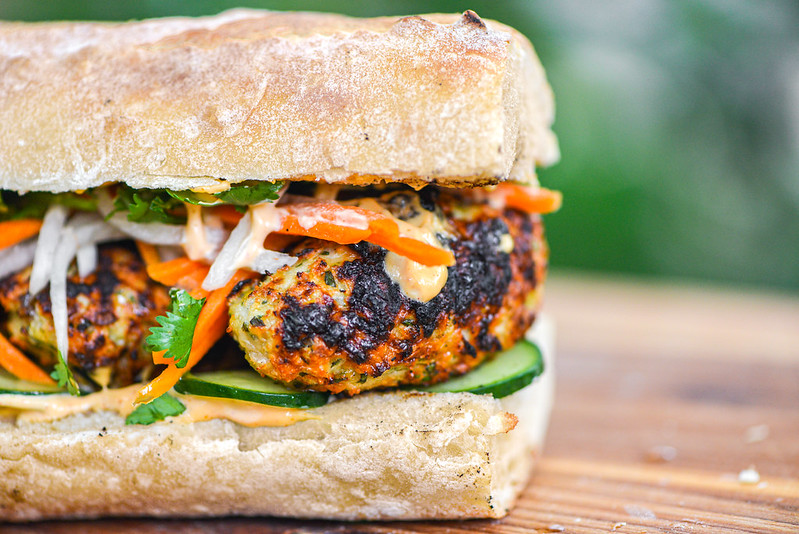 I turn to banh mis often when I want something lighter with a ton of flavor for a meal, but these ended up being way heartier than the average banh mi. I had used three meatballs on each baguette when two probably would have been a better fit not just because they were filling, but they were also super seasoned. I say that in a good way though—the meatballs had an incredibly intense flavor that was savory and complex with the seasonings really delivering an immense herbal and spicy taste against the light flavor of the chicken. Combine that with all the toppers in this sandwich and each bite was a powerhouse of flavor. I devoured the entire sandwich, but at the two meatball mark I was feeling pretty full and satisfied. These definitely outdid the other meatball banh mi recipe I've been sitting on for years and it was certainly worth the wait in my mind to be able to share something so delicious with you all! 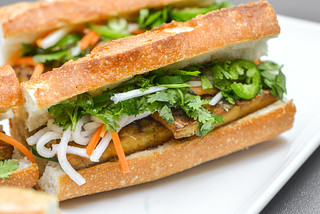 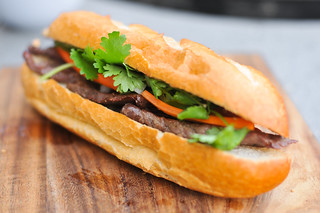