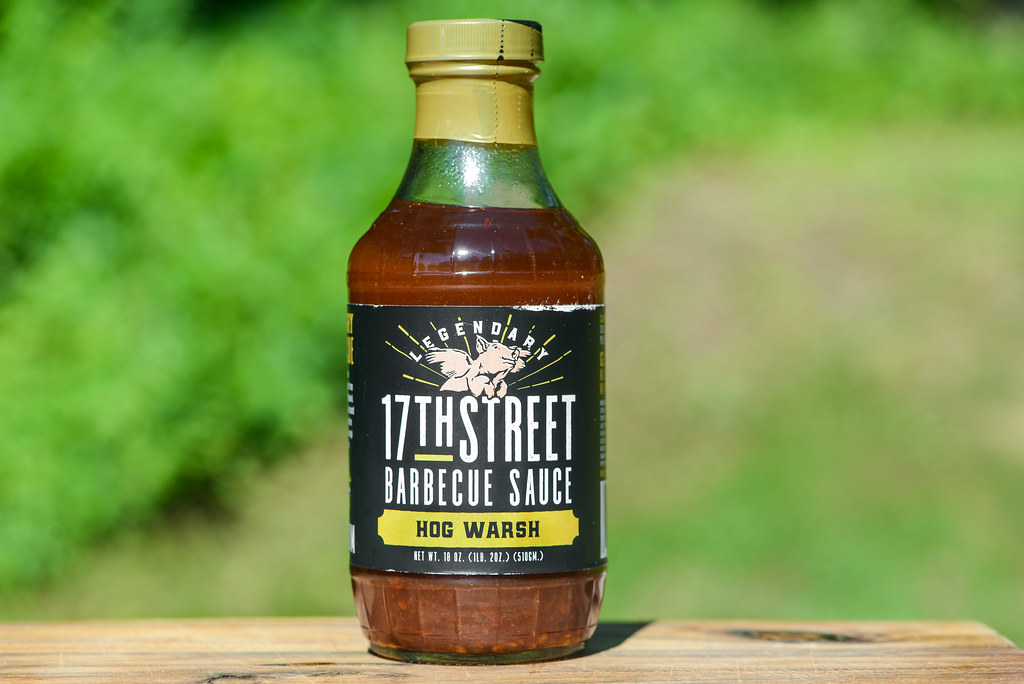 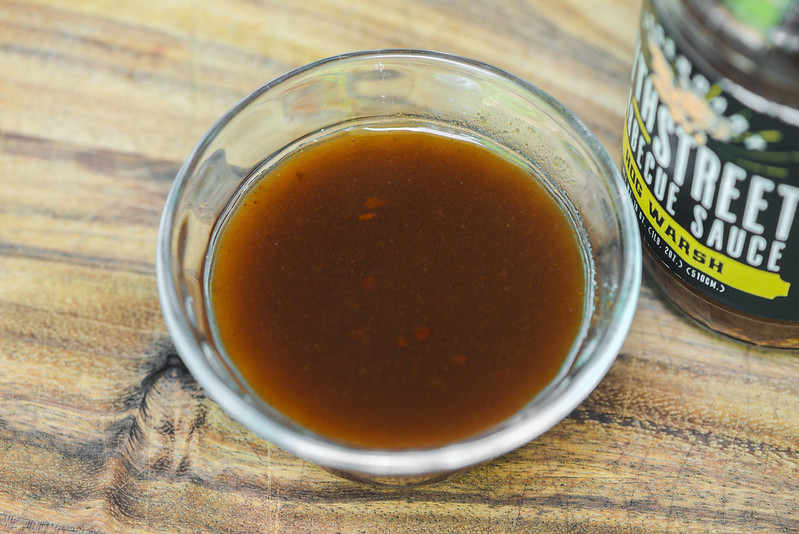 My real introduction into the world of professional barbecue came from the father and daughter team of Mike and Amy Mills. My first travel assignment came thanks to Amy, who had me join the 17th Street Barbecue team, operating under their Las Vegas-based Memphis Championship Barbecue brand, at the Best in the West Nugget Rib Cookoff in Reno back in 2009. There, I got to sample the barbecue made by Mike, who is known as "The Legend" in barbecue circles after he became the winningest man in competition in the 1990s. Since then, I've remained friends with the Mills, always happy to see them when they passed through NYC, and even helping them cook at the Big Apple Barbecue Block Party one year. Today, they continue to operate two of the renowned 17th Street Bar and Grill restaurants in Southern Illinois, host the Praise the Lard competition in their hometown of Murphysboro, run a barbecue consultancy called On Cue, and sell their sauces, rub, two cookbooks, and other merchandise online.

Vinegar and pepper combine to create a tangy heat that tingles the nostrils upon the first whiffs of this sauce. The tartness is in the forefront, but it's tempered a bit by a background sweetness that also has a light fruity tomato mixed in. The peppers mainly give the sauce a spicy aroma, but there's a little earthiness to them as well, and a bit of Worcestershire is in play too, which both come together to make this smell a little more complex than your average vinegar-based sauce.

This maroon sauce is glossy with a watery and smooth consistancy. It's semi-transparent, which makes it easy to see a ton of spice specs in varying sizes and colors. The thinness of this sauce has it falling all off a suspended spoon instantly and leaving no sauce, save for some bits of spices, clinging to the silverware.

Like in the aroma, the first taste is heavily tart vinegar, followed by a heat that, together, result in a bit of a burn on the tongue. It takes a few subsequent spoonfuls to start getting tastes of the other ingredients at play here. There is a very mellow sweet ketchup in background as well as the Worcestershire, which give the sauce more body than just vinegar and pepper alone. Still, with a flavor that starts tangy and only gets more so as it sits on the tongue, it's the vinegar that really defines the profile here. 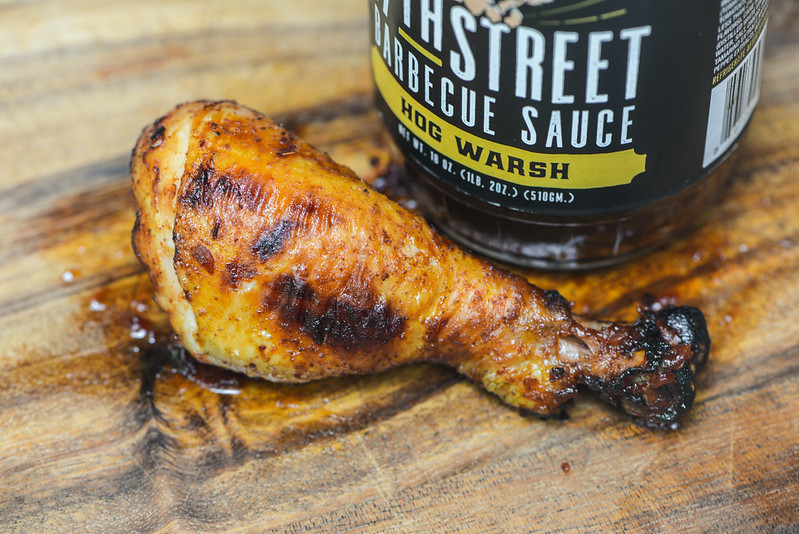 As I brushed this sauce onto the chicken, it didn't look like anything was clinging except some spices. The chicken did eventually pick up a light orange hue though, and when moved from indirect to direct here, it was clear there was at least some sauce coating the leg by the way it very quickly gained charring—a characteristic usually attributed to sugar. The flavor matched the light look of the sauce with a mostly mellow spice added to the chicken, but not much else. There was a bit of a tang, but nothing like that experienced straight from the jar, and the spices only imparted a mild heat and earthiness.

A thin vinegar sauce such as this is really meant to do one thing well—adorn piles of smoked and pulled or chopped pork. I'm sure the intense tang and nice kick of heat would lend a great flavor to smoked hog, cutting through some of the fat and enhancing the flavor of the meat without masking it. So if you're looking for a sauce for that purpose, Hog Warsh will serve you well. Having tried a lot of North Carolina-style sauces now though, I'll say this wasn't my all time favorite of the category. Hog Warsh hit all the notes that define this variety well, but I've tasted ones that have more interesting spice profiles and more nuanced layering of ingredients that would stand out mainly if you consumed them side-by-side. Hog Warsh is definitely a sauce with high quality and great flavor, and if it was the vinegar sauce that adorned my local grocery shelves, it would certainly be a prime choice—it's probably only because I have a few years as North Carolina resident under my belt that I've become a little more discerning in this particular category.