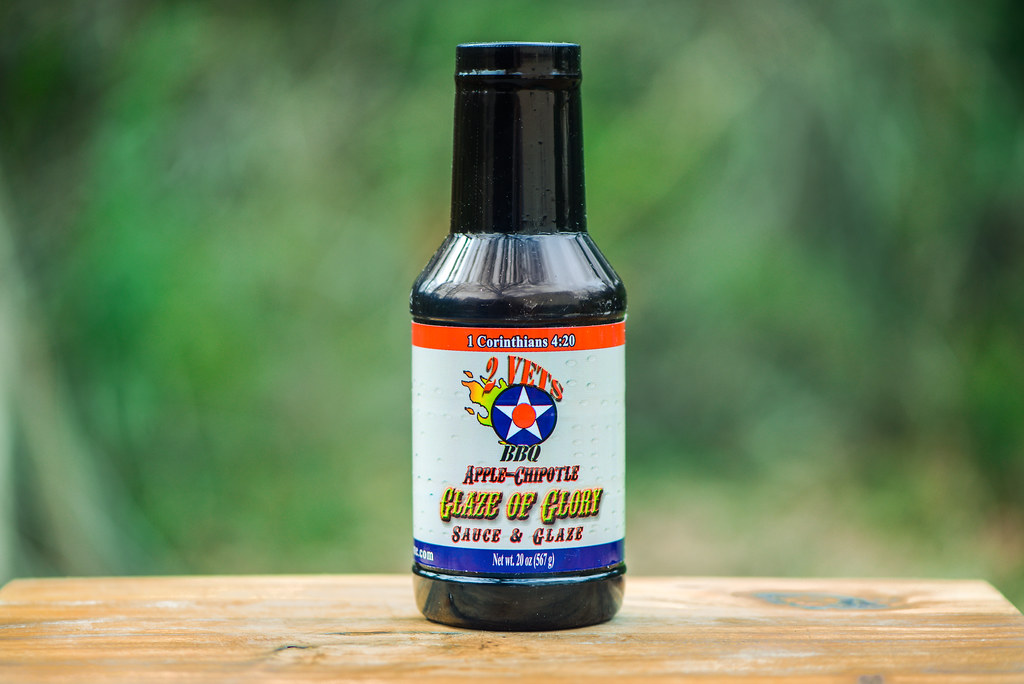 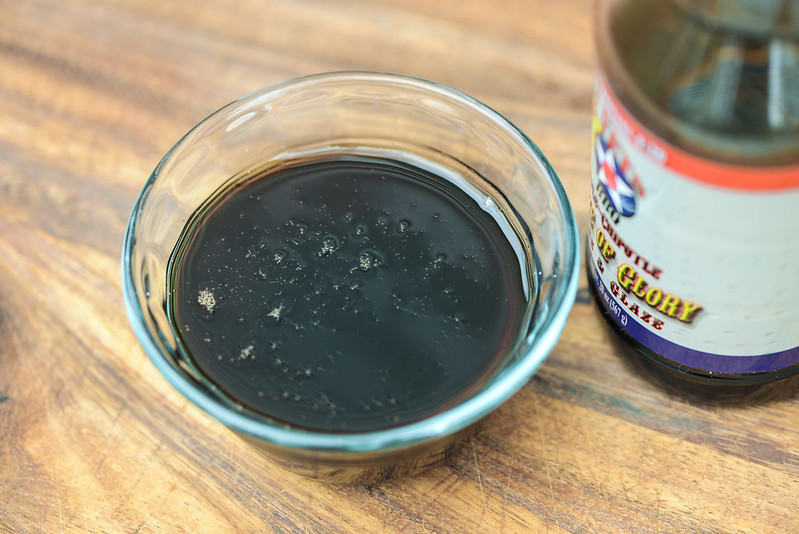 This sauce was sent to me by Danny Parkhill, one half of the team behind 2 Vets BBQ. Danny and his business partner, Carl Johnson, have a long friendship that started back when they met at Sheppard AFB in Texas in 1987. Their ties grew strong as they served together, and their shared loved for barbecue keeps them bound as they've begun to mass produce their signature sauce, Apple-Chipotle Glaze of Glory. The sauce can be found in select stores throughout Danny and Carl's home bases of Southern Illinois and Indiana, as well as online.

First whiff of this sauce fills the nose with a sweet and smoky aroma. There's a slight tang and fruitiness with a depth to the sweetness that's hard to put my finger on—it's almost molasses-y, but more nondescript. There's a pungency to the sauce as well that is similarly difficult to pinpoint the source.

This dark brown sauce is semi-transparent, glossy, and super smooth. There are no visible spice specs and its texture can be equated to watered down molasses. This medium-thin consistancy has the sauce falling in in a quick and steady pour from a spoon, which after a few final drips, leaves almost no sauce clinging to the silverware. It's worth noting that Danny told me that the bottle provided to me was from their first production run and the consistancy was meant to be a bit thicker.

When the sauce first hits the tongue, there's a very sweet, caramel flavor. It's a candy-like start that quickly gains complexity by a fruity apple flavor, immediately followed by a vinegar tang. Then a smokiness comes into play and, as the sauce settles longer, the caramel makes another play for dominance. Then the spiciness hits, and gives the sauce a balancing heat that rounds out the flavor profile very well, leaving a final sweet, spicy, and smoky aftertaste. 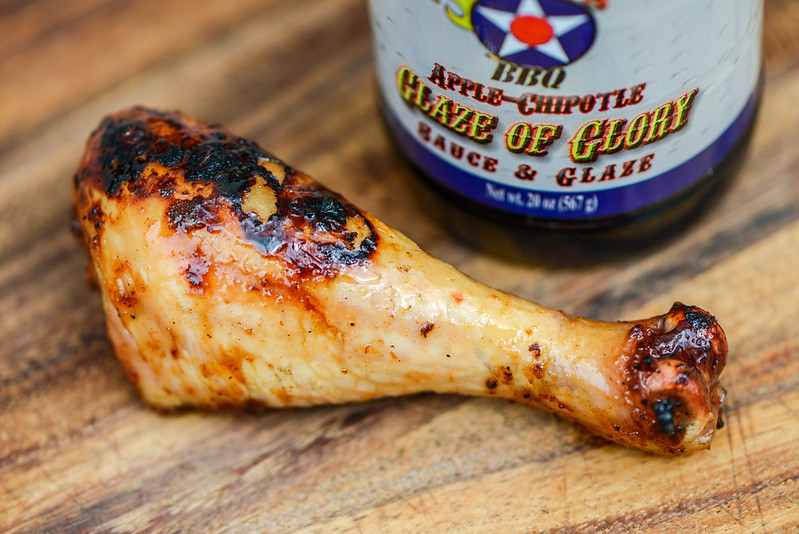 On the grill, brushing this sauce onto the chicken felt like an exercise in futility. With each brushing, it seemed like the sauce was sliding right off the meat and no color was building up at all. Appearances were deceiving though, as the chicken quickly brunt over direct heat, clearly indicating the presence of a sugary coating. Tastes somewhat matched appearance though—the chicken was very lightly flavored, although there was a definite sweetness that had the characteristic apple and caramel flavor I had tasted out of the jar. Luckily the blackened bits didn't taste burnt, but also the heat had diminished, making the sauce lose that nice sweet and spicy balance I previously enjoyed.

Danny sent me this sauce with a couple notes. The first said this was their initial production run, which required some further tweaking on consistancy, but not flavor. The second was this sauce was unique and may not be for everyone. I feel like this showed great understanding of his product on Danny's part. I'm going to chalk up some of the performance ptoblems on the grill to consistancy issues, as a thicker sauce would likely cling and bake down better than this did. On the flavor comment, I totally get it as I have never tasted a sauce quit like this one. It has things you want in a barbecue sauce—smoky, fruity, sweet, tangy—but the ingredients that provide these are not the barbecue norms, setting this sauce aside as something special. I particularly liked the sauce when it all came together with the smokey chipotle heat that balanced the fruity caramel sweetness. I can see it being a great topping for burgers or final glaze for kebobs. It could even be good on smoked pork and chicken, but you have to be prepared to veer from barbecue expectations, which could turn some off here. The fact that it lost its heat after being cooked leaves me recommending it more as a finishing sauce or condiment, where you get the full benefits of its entire flavor profile. 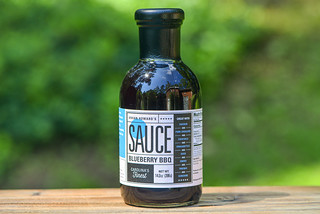 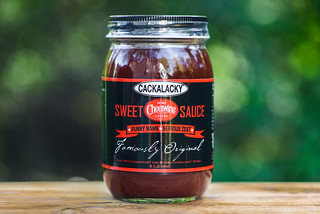