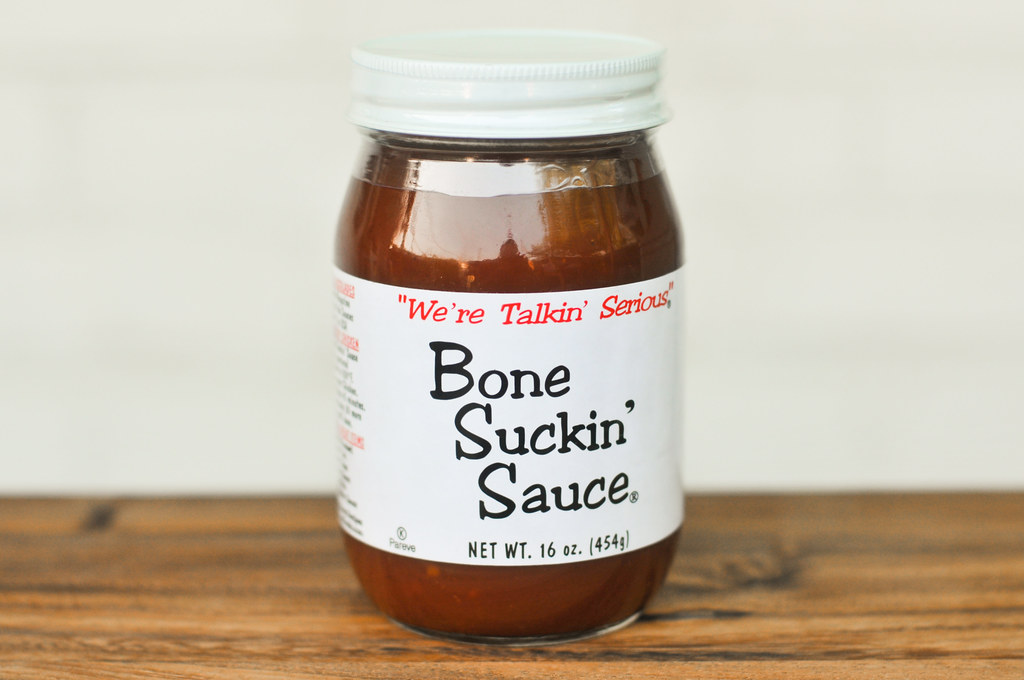 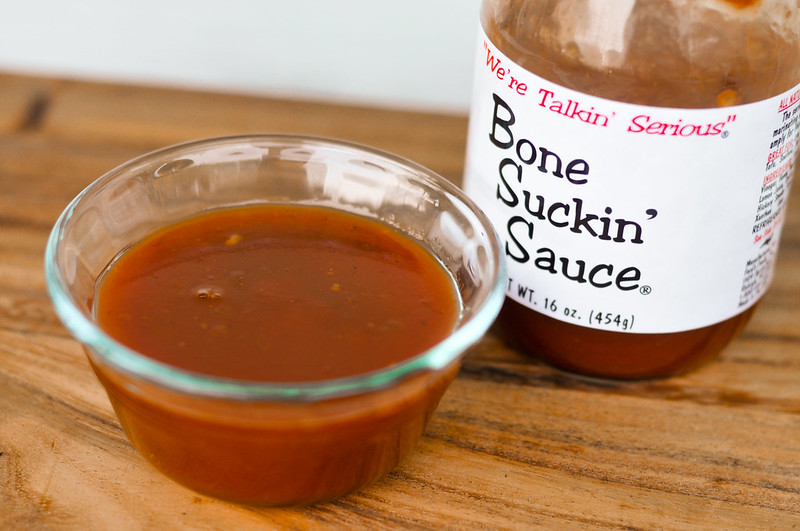 Bone Suckin' Sauce was born out of the western North Carolina tradition when real estate appraiser Phil Ford attempted to copy his mother's recipe in 1987. The resulting all-natural sauce was so loved that his sister-in-law, Sandi Ford, along with her husband, convinced him to go into partnership with them to start distribution of it. It was then the sauce was coined "Bone Suckin' Sauce," because it made Sandi suck on the bones to get ever last bit of flavor from them. In only took a couple years for the sauce to really take off, after winning the North Carolina Battle of the Sauces in 1994.

This sauce had a pleasant sweet smell, similar to ketchup, but fresher. Notes of vinegar kept it from becoming overly sweet and there was just the faintest hint of smoke—enough to make it smell like barbecue, but not enough to overpower the more natural aromas.

This sauce runs thin—not watery, but not thick by any means. Through the smoky red, semi-transparent base, you can clearly make out chunks of fresh onion and garlic, and the spices give a nice speckling.

Spooned straight from jar, this is a really top notch sauce. The taste is so fresh and the balance so perfect, it's hard to believe it was ever bottled. Nothing takes top billing, instead the sweet base holds all the other ingredients—vinegar, mustard, honey, molasses, lemon juicy—in a state where they can be detected individually, but work together seamlessly as a whole. I especially liked the chunks of onion and garlic, something I always wondered why bottled sauces don't have, because it's so common when homemade. 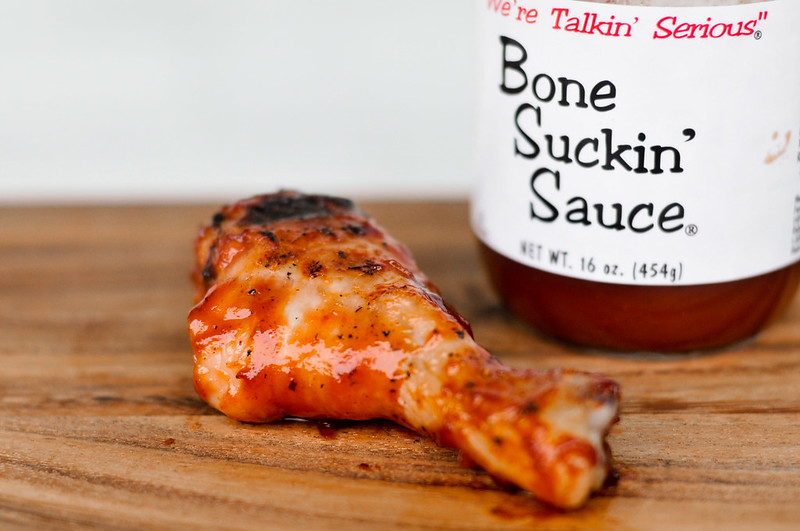 The original freshness held up after grilling as well. The thinner sauce resulted in a light coating—even after extra basting—that let the natural flavor of the meat come through and worked to compliment it. I was a little afraid the sweetness might burn too quickly on the grill, but the sauce performed well here too, producing a nice char, but no burn. The sauce lost its only point here though, because it did require additional coatings, and it stayed pretty light colored and transparent, not producing the most beautiful piece of barbecue chicken in the world.

I really can't imagine anything that wouldn't work with this sauce. It tasted fresh and great out of the jar, and the same after cooked, so it's probably safe to go wild and use this every which way. Since the sauce is lighter and not opaque, just remember the meat will show through. Lighter meats, like chicken and pork, that aren't nicely browned may end up looking a little pale in the end, but they should still taste delicious. 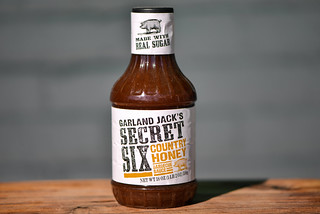