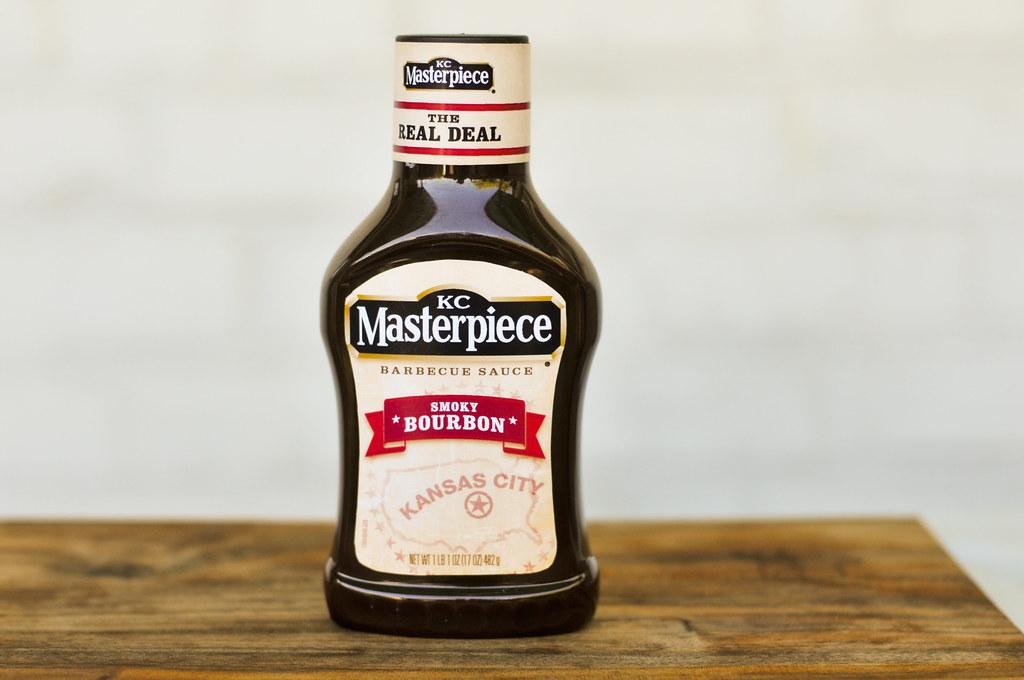 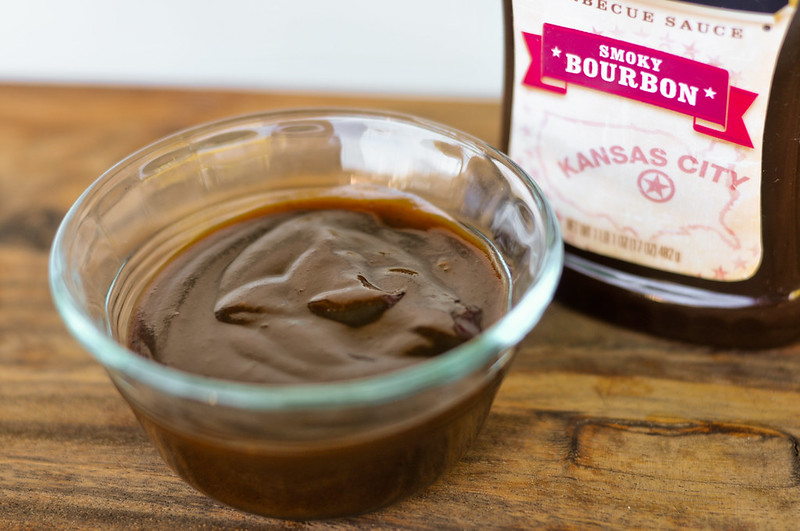 I was gifted this sauce by the good people at Kingsford after sitting down for a great interview with pitmaster Chris Lilly. You'd be hard pressed to find someone who is not familiar with the KC Masterpiece name—it's been a mainstay at just about every grocery for as long as I can remember.

The KC Masterpiece story started in 1977 in Kansas City, when local physician Rich Davis created his popular 5-ingredient sauce, which went on to win the first-ever "Best Sauce" award at the American Royal. In 1986, he sold the sauce to Kingsford, who took it nationwide. Today KC Masterpiece produces 6 different varieties of barbecue sauce along with the original, and it's easily one of the most recognizable names in the business.

Blindfold and shove this under my nose and I'd have trouble distinguishing it from a bowl of liquid smoke. Certainly there's more going on with this sauce, but the smokiness is so heavy that it masks the aroma of just about everything else.

Calling this thick is an understatement. Like a new bottle of Heinz Ketchup, it took some coercing to get it out, and when it finally did, it was gloppy rather than flowing. Overall it felt very processed and unnatural—no sauce I've made has had a texture like this and I wouldn't know how to replicate it at home.

Despite the heavy aroma of smoke, the first taste to hit is the bourbon, and it's quite strong. Packing a second punch is the sharp smoke, which likes to linger around for a while. If you can make your way past those two bold flavors, the unmistakable molasses sweetness is the base holding it all together. 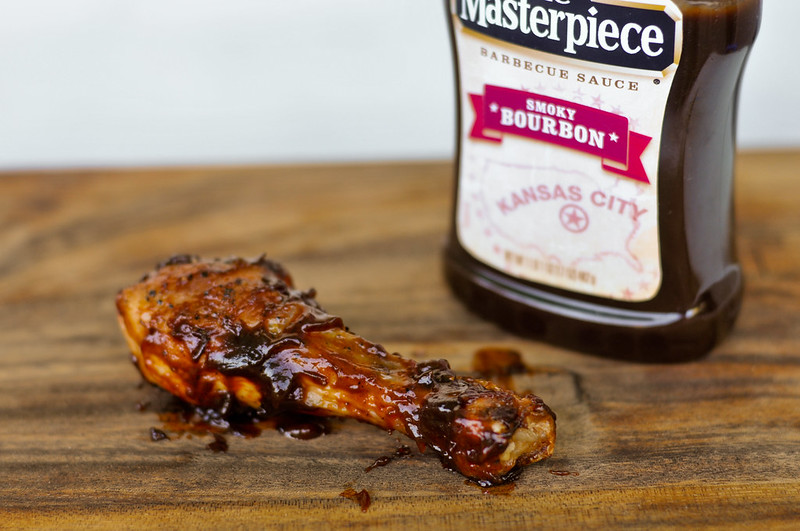 Cooking with this sauce was a bit of challenge, as it sat on the top of chicken and remained gloppy rather than baking in. The glop and dark brown color left the end result rather unappetizing in my eyes, and unfortunately, the taste didn't fare much better.

The smokiness seemed to multiply to the point that it became acrid, taking a heck of a long time for the taste buds to recover after each bite. The bourbon flavor that was unmissable in the raw state, had been beaten into submission by the smoky overlord that was set on dominating all.

I personally found the flavors of this sauce too bold to want to use it again. The way the smoke overpowered everything after cooked leads me to advise against that usage. If I were to recommend this for anything, it would be as a dip for a large, heavily seasoned, beefy steak—something that could stand up against the strong bourbon and smoke of the sauce, but you'll have to be prepared for a total flavor overload.