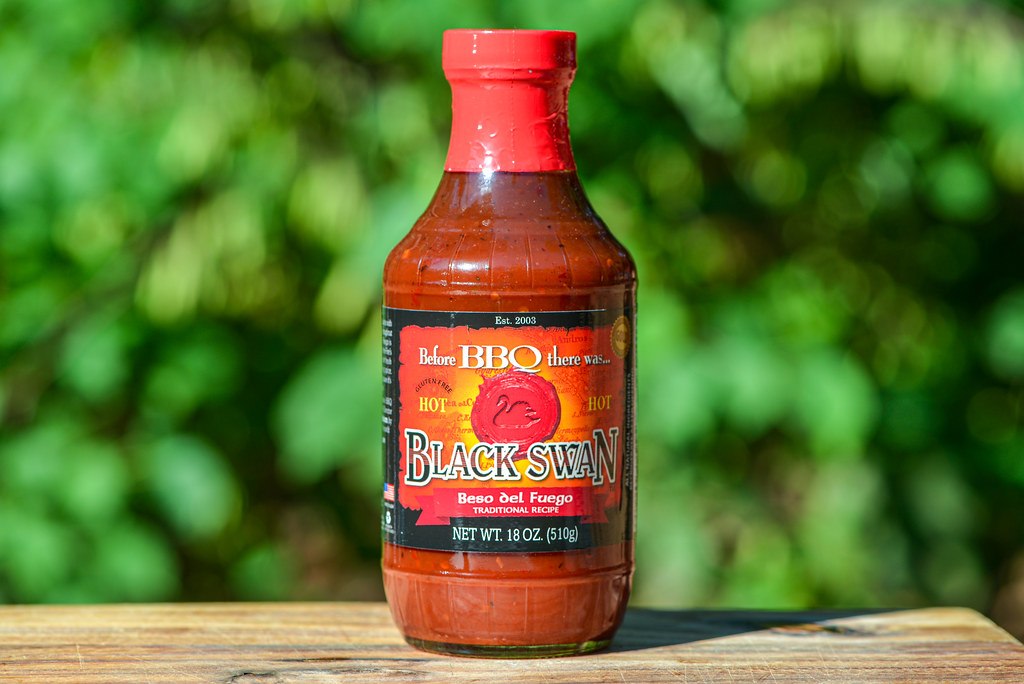 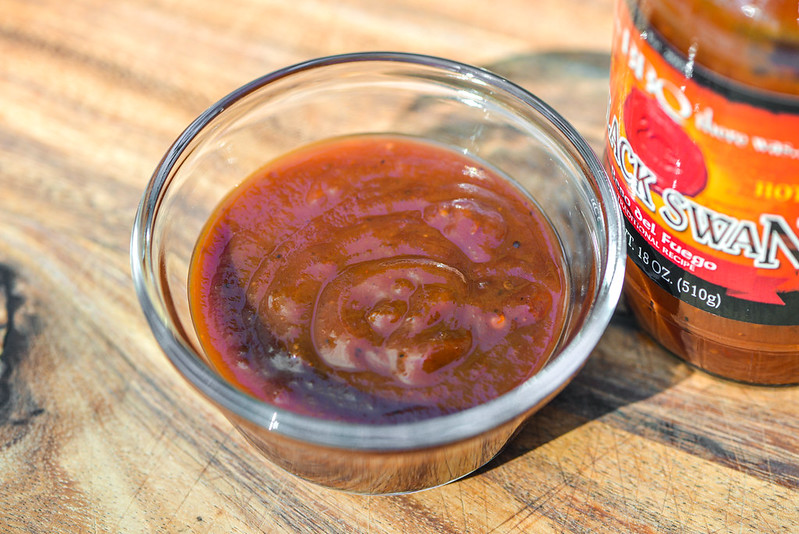 Max Good, owner and creator of Black Swan Sauces, knows a thing or two about backyard cooking—as the head of equipment reviews for Amazing Ribs, he's evaluated and rated over 500 different cookers. Prior to starting this career in barbecue, Max worked in multiple aspects of film, video, and music production, even editting an Academy Award nominated documentary in 1991. It's his passion for barbecue that drives him now though, and with all his experience in the field, he put them to use in developing three sauces under the Black Swan brand which are available in select stores in the Chicago area as well as online.

A tangy tomato aroma is the first thing to fill the nose when taking a whiff of this sauce. While vinegar is more prominent, there's still a hefty sugary component that gives the sauce a ketchup-like base. Taking in some deeper nosefuls, a strong complexity and savoriness comes out which has the distinct character of Worcestershire sauce, but also smells like there's something deeper at play that's hard to pinpoint. A medium oniony component sits right behind that, while a mellow earthiness and slight tingle on the nose are clear clues of a peppery heat to come in the taste.

This maroon sauce has a glossy sheen and lot of texture to it from what looks like chunks of vegetables. While the sauce is opaque, you can still easily see the tons of spices that are black, white, and red in all different sizes. The sauce hits right in the middle of the thickness scale and it has consistency that's medium syrupy. From a suspended spoon, the sauce falls in three or four large drips, then one or two smaller, slower ones, before ceasing and leaving a medium coating of sauce left clinging to the silverware.

A sweet and very bright tomato taste starts off the flavor profile here. That ketchup-y character quickly gains acidity that balances the sugars followed right behind by a wave of savoriness that's thanks to a combo of Worcestershire sauce and soy sauce, both adding a lot of complexity as well. As the sauce settles on the tongue, the texture of the veggie pieces come first, then the tastes, which are primarily onion, but with a back-up garlic and a faint, but pleasant, smokiness. There's a slightly boost in the fruitiness next from the pepper layer, which becomes mildly spicy as the sauce leaves the tongue, then tongue tingling hot by the time the sauce has exited the mouth, There's still a good bit of tang, sweet tomato, and savoriness left to create a very full bodied aftertaste. 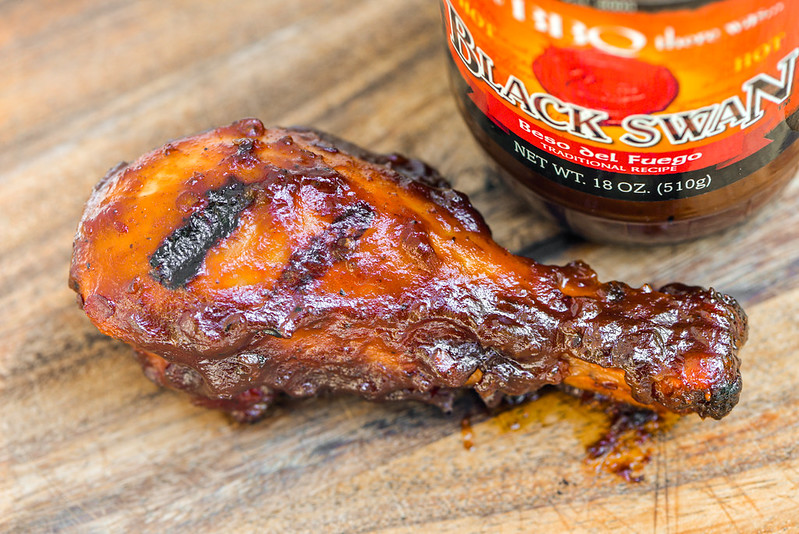 This sauce coated the chicken in a medium and bit uneven layer that baked down well over indirect heat. When moved directly over the coals, there was light caramelization, mainly where the sauce touched the grates, and a medium amount of sauce loss. The initial bites of the leg brought with them a bright and acidic tomato taste. The sweetness took a few bites to come in, but made things taste balanced and whole once it did. Then, a couple more pieces in, the full complexity of the sauce came out with the oniony taste, savory complexity, and heat all hitting at the same time. The heat was fairly mild at this point, but became more pronounced by the time the chicken was finished, leaving a light tingle on the lips.

I picked up this bottle after seeing it was Max Good who produced it, wanting to know what such a well seasoned barbecue reviewer considered to be an ideal sauce. I was left with a feeling of kinship that two barbecue reviewers have similar perceptions of what makes a great barbecue sauce because this one was certainly right up my alley. This sauce delivered all the usual comforting barbecue tastes—sweet, fruity, tangy, and spicy—in a great progression of flavors that never tasted overboard, always made sense, and had a fresh and quality character. While I usually smooth out my sauces in a blender, I appreciated the veggie bits, which let me know that real onions and garlic went into the production instead of only the powdered forms. The name "Beso del Fuego" prepared me for an intense wave of heat, but I found that, while this was certainly a spicy barbecue sauce, the heat wasn't pushed to uncomfortable levels, making it able to satisfy heat seekers while also being more universally enjoyable. Really, the only fault I found was slightly more burn off of sauce than I would hope for while over direct heat, but that's also easily correctable with more brushings, so it's really a minor qualm in a sauce that I highly recommend if you like a good kick of heat on whatever you're grilling or smoking up. 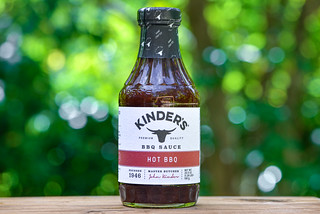