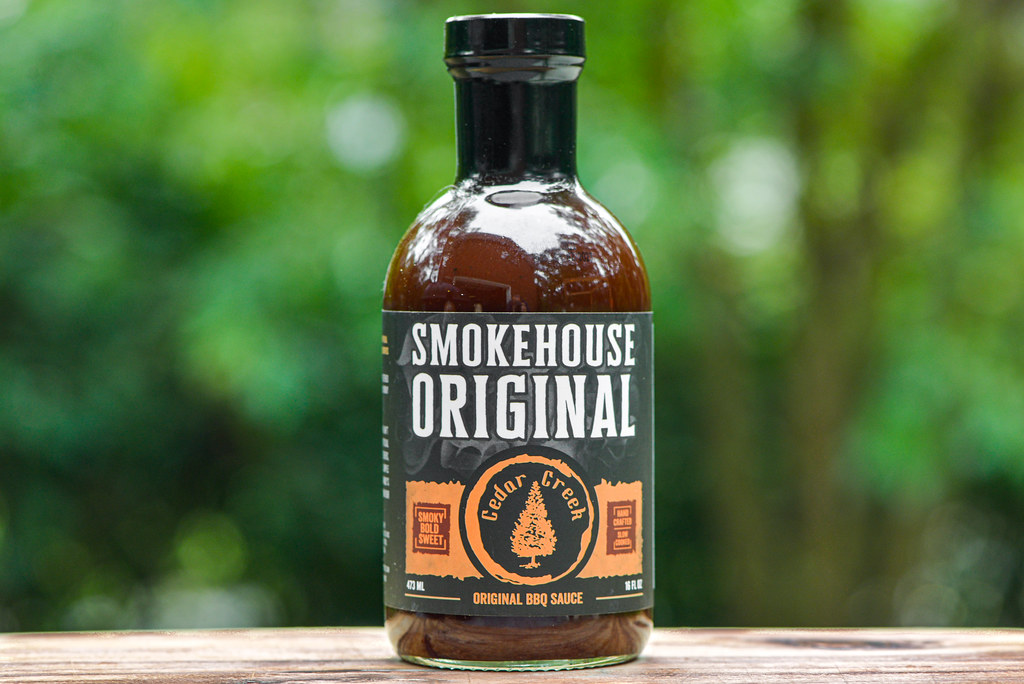 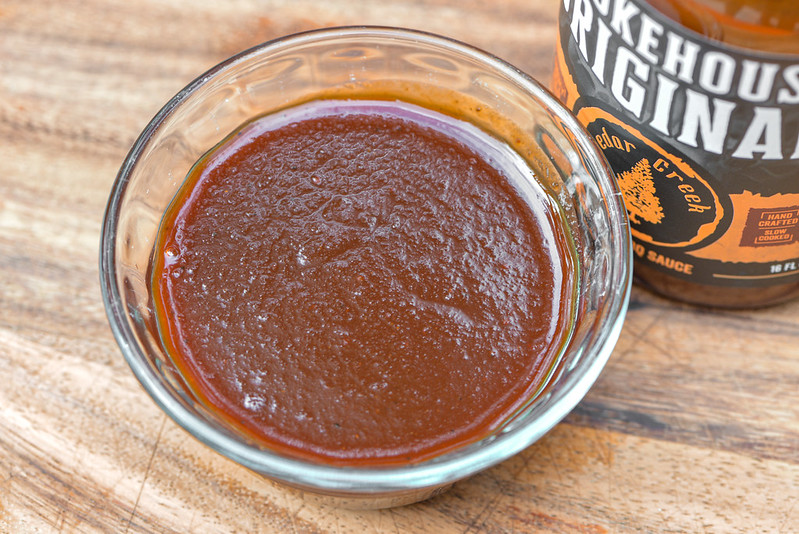 A lot of sauces I review come with a family history of barbecue that traces back two or three generations, but David Huffman, the creator of the Cedar Creek brand, may just have them all beat with a family who came to what is today the United States in 1749. With them, they brought a favorite dish of pork shoulder dressed in a sweet and sour vinegar sauce, and while that porcine meal was of German decent, it does sound like an influence persists in American barbecue culture today. The family knack and love for cooking never ceased and was passed down all the way to David, who developed a series of three sauces that he makes out of his home base of Eden, NC. The sauces can currently be purchased online and in select markets in and around central North Carolina and Southern Virginia.

A very familiar robust barbecue aroma fills the nose on first whiff of this sauce. Included are all strong representations by acidic vinegar, sweet molasses, fruity tomato, and smoke. The complexity only deepens as you take in a deeper noseful with savory Worcestershire doing most of the work, but slight hints of sharp mustard, garlic, and onion all lend a hand.

It may be due to its dark maroon color and opaqueness, but you can only see a few medium specs of white and black spices in this sauce. As for its consistency, the sauce is smooth, medium thick, and very syrupy and it falls off of a suspended spoon in a quick and even pour. That stream changes to three or four slow drips before ceasing and leaving a thin coating of sauce left clinging to the silverware that is now light and transparent enough to see a fair amount of small orange spice bits.

A sweet molasses taste hits first in the flavor department, but tomato very quickly comes in adding both a fruitiness and an initial wave of acidity. As the sauce starts to settle on the tongue, the molasses gains some prominence while the Worcestershire builds complexity in the background. That savoriness then comes more into the forefront as vinegar increases the tang and a smokiness mixes in. These ingredients all play pretty heavily, which leaves the lesser amounts of garlic and onion having a minimal taste, but they're still there if you stop and and try to pick them out. There's a little bump in the acidity at the end with the slightest bit of heat, but mainly the aftertaste remains the acidic smoky tomato and sweet molasses that defines the flavor profile almost from start to finish. 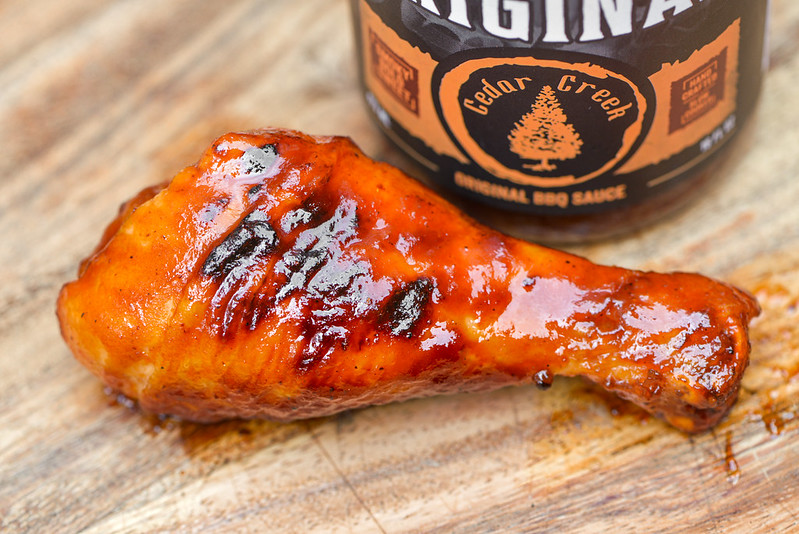 This sauce brushed onto the chicken in a medium layer that had some unevenness to it. While it cooked over indirect heat, the sauce baked down well onto the leg, and then when moved directly over the coals, there was good caramelization and a medium amount of sauce loss that had the chicken benefiting from one final brushing to even out the layer at the end. Like with the aroma and taste out of the jar, this sauce provided a robust barbecue profile, but it never ventured into overly "bold" territory. That left the chicken with a strong sweet tomato, tangy, and smoky flavor that was upfront, but didn't totally overtake the meat itself. The sauce was notably sticky, but that didn't mean it was sickly sweet—the sugars did get a little boost after cooking, but remained in good balance with the tomato and vinegar.

When most folks are asked to imagine what a barbecue sauce should taste like, they're probably thinking exactly what comes out of the bottle in Cedar Creek Smokehouse Original. If they'd only had supermarket sauces before though, they might actually be surprised that you can get that robust tangy, smoky, and sweet tomato taste in manner that's not so over-the-top and over-processed, and come to realize how much better barbecue sauce can be after having a spoonful of this. You're not going to be challenged or pushed into any distinct regional direction with Cedar Creek Smokehouse Original, you're just going to get a backyard barbecue flavor that's expertly crafted with a quality taste, giving it a leg up in crowded category. While sauces such as this one can often be taken to a point that they easily overpower meats, this one didn't reach that level, making it work very well on the chicken, although it would be better matched with heartier items like burgers, ribs, and brisket, either applied during or after grilling, because the sauce tasted great in both scenarios. 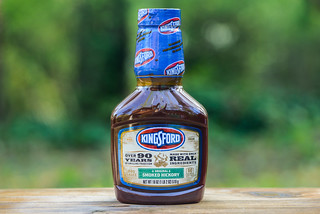