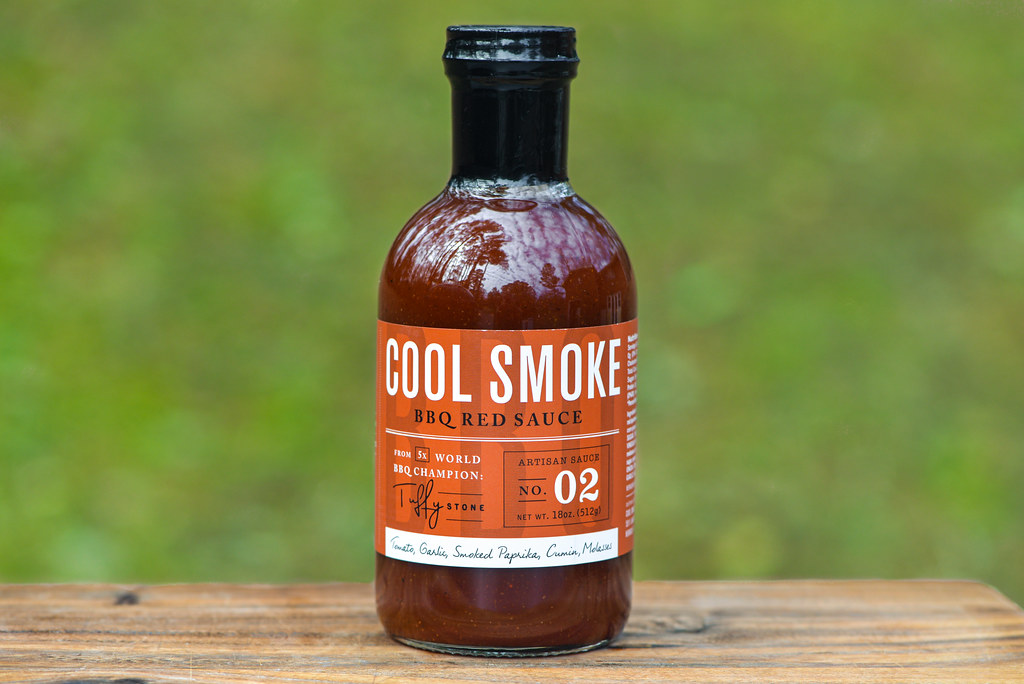 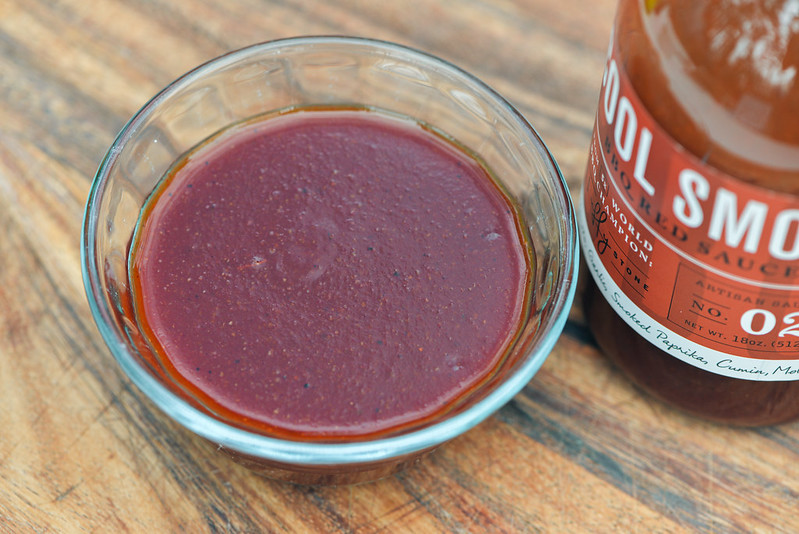 Those into competition barbecue probably already know Tuffy Stone, or if not by that name, then by his other, "The Professor." With a large and prestigious amount of awards and accolades that include multiple wins at Memphis in May, The Jack, American Royal, and Houston Livestock Show & Rodeo, it should come as no surprise that Tuffy and his team, Cool Smoke, are looked up to and revered in the barbecue world. Prior to taking a career path in smoked meats, Tuffy spent time as a marine followed by culinary school and then forming an events company with his wife called A Sharper Palate. Beyond competing in barbecue, Tuffy is affiliated with a couple of restaurants in the Richmond, VA area called Q Barbeque, teaches barbecue classes, and makes frequent television appearances. Currently Cool Smoke is producing two sauce and two rubs for sale online.

A tart tomato character is the first thing to hit in the aroma. There's just a pinch of sweetness hanging out in the background, while there's a more upfront Worcestershire component that does a lot to add to the overall complexity. Also mixing in are an onion powder smell and an understated pepper, hinting that there may be a little spiciness in the flavor.

This maroon sauce has a semi-glossy sheen and a light texture to it thanks to all the spices, of which you can see tons that come in small orange, white, and black specs. The sauce's thickness is medium-thin and the consistancy is about in the middle between watery and syrupy. From a suspended spoon, the sauce falls in a quick and steady pour that slows to four or five drips and then ceases, leaving a thin coating left clinging to the silverware.

Given the mostly acidic aroma, there's a surprisingly sweet start to the flavor. It's a mellow sweetness that mixes with tomato to form a ketchup-like profile before the tartness begins to kick in. The vinegar starts with a mild tang, at which time onion and garlic undertones, along with Worcestershire, create a very full flavor without venturing into "bold" barbecue sauce territory. All of these components play well and equally together for a few seconds before the tartness ramps up and a little spicy kick comes in when the sauce is exiting the tongue. These both linger, along with the onion and garlic spices, to form the tangy and spicy aftertaste. 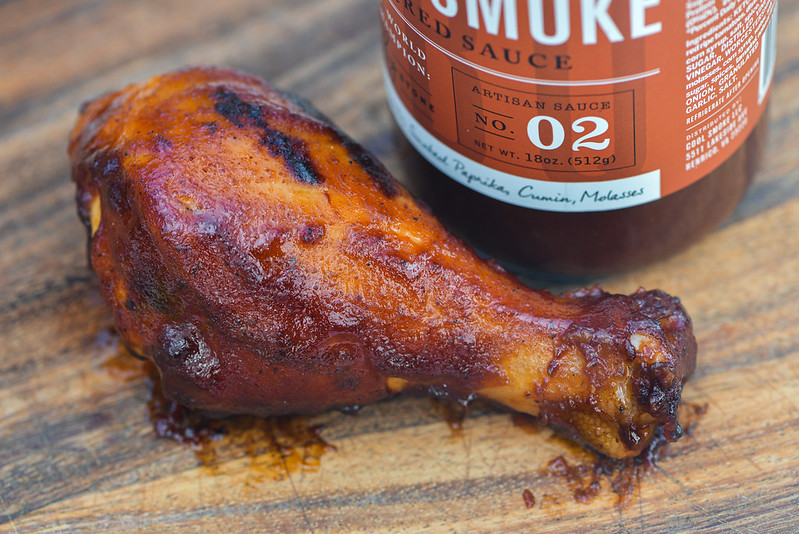 This sauce coated the chicken in a thin and even layer that baked down well over indirect heat. When moved directly over the coals, there was no sauce loss and a little caramelization with no burning. All of the flavors tasted out of the jar persisted after being cooked, giving the chicken and very well balanced and robust flavor. The spices were notable here as they were more pronounced than your average sauce, delivering a fuller barbecue flavor with more nuances. By the time the leg was finished, that mellow heat also kicked in, leaving a nice tingle on the lips without being overpowering.

In the past, I have reviewed a couple sauces from Tuffy Stone's Q Barbeque restaurant and wondered if these Cool Smoke sauces would be the same, just with different branding. This gave me some pause in picking one up for testing, but I went ahead anyway and was so glad I did. This sauce was indeed different than his Q Barbeque branded ones, and it's easy to understand why he's such a winner if this is indeed, or close to, his competition sauces. This sauce delivers the full range of barbecue flavors in an exemplary balance, with each component being discernible and working with, not against, each other. This, in itself, is something I could say about a lot of sauces, but after being cooked is where this sauce really exceeded my expectations when every single flavor persisted, including those more mellow spices that often get drowned out after a stint on the grill due to increased sweetness. Not knowing if this was going to be a sauce I may have already tried, I only picked up one of the two Cool Smoke offerings, but this one left me incredibly anxious to give the second a try too in the near future. 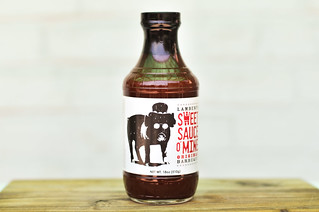