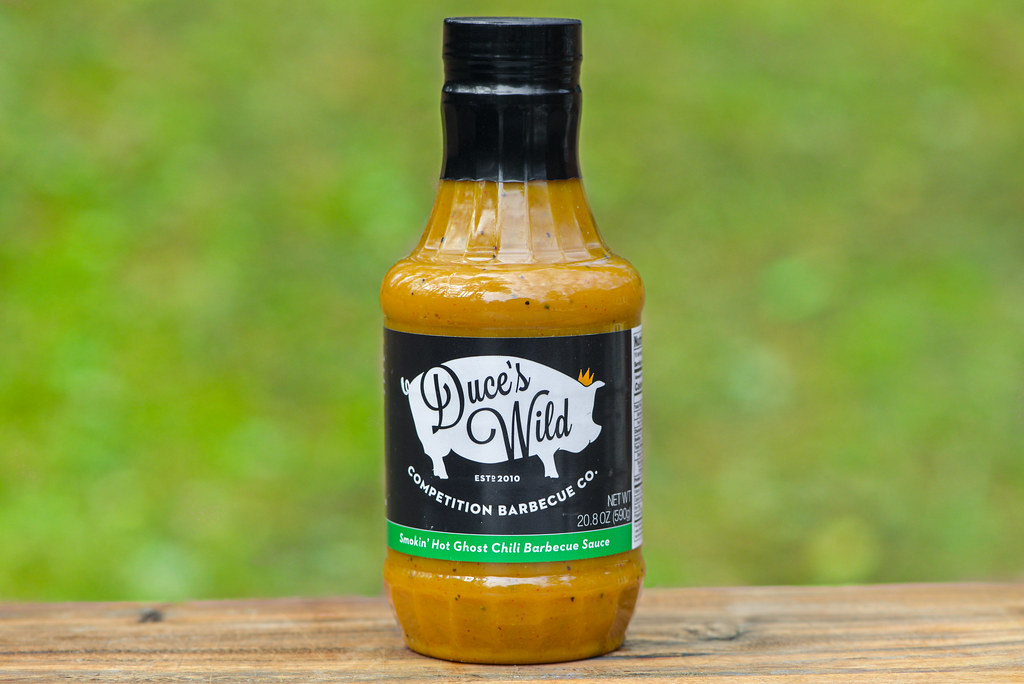 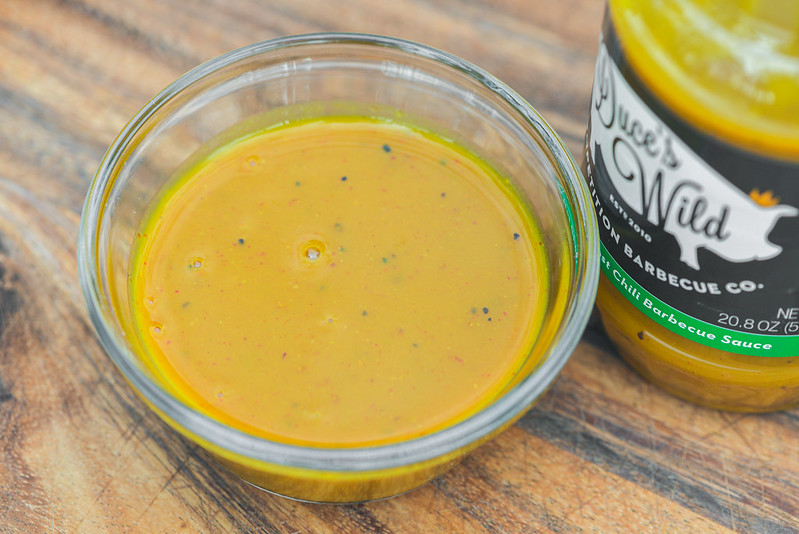 Larry "Duce" Raymond is no stranger to the food industry—he grew up in and around restaurants and catering businesses, studied culinary arts at Kendall College, helped open numerous restaurants, and currently is the Managing Partner and Culinary Director at SBR Events Group, and that SBR stands for a sauce we probably all know, Sweet Baby Ray's. Outside of his culinary career, Larry continues to cook, being at the helm of the Duce's Wild Competition BBQ Team who have won many local and national contests and cook at events in their home town of Chicago, IL. Duce also boosts eight unique sauces and two rubs that are available online through the Duce's Wild site.

A strong, pungent mustard aroma fills the nose on the first whiff on this sauce. The mustard is dominant, but you can tell theres's a heavy layer of vinegar mixed in and an extra tingle in the nostrils is a tell tale sign of the heat that lays within. With some deeper nosefuls, you can start to make out the more nuanced components like a light smokiness, medium garlicky sharpness, and a savory, soy sauce undertone.

The yellow-orange hued sauce is very smooth with a glossy sheen. It's opaque, but its lighter color lets you see a lot of spices that come small and medium specs that are orange, white, red, and black. The sauce's thin consistancy has it falling in fast and even pour off of a suspended spoon. Once most of the sauce has released, the stream switches to three or four slow drips before stopping and leaving a thin coating of sauce clinging to the silverware.

Sugar wasn't a characteristic in the aroma, so the sweet start of this sauce comes as a bit of surprise. An initial light sweetness gains a little more prominence before a combo of vinegar and mustard turn things tart, giving contrast to the sugar. The mustard pungency then increases, but stays mellow enough to allow tastes of background spices to come through, like garlic and earthy cumin. There's also an underlaying savoriness that comes in at this time and remains with the sauce as the peppers turn up the heat. First there's a smoky, chipotle-like flavor, then sharp black pepper adds a different layer, and finally those ghost peppers kicks in and really delivers a punch that tastes less spicy than you might think such a hot pepper would, but still elicited a hiccup reaction in me. 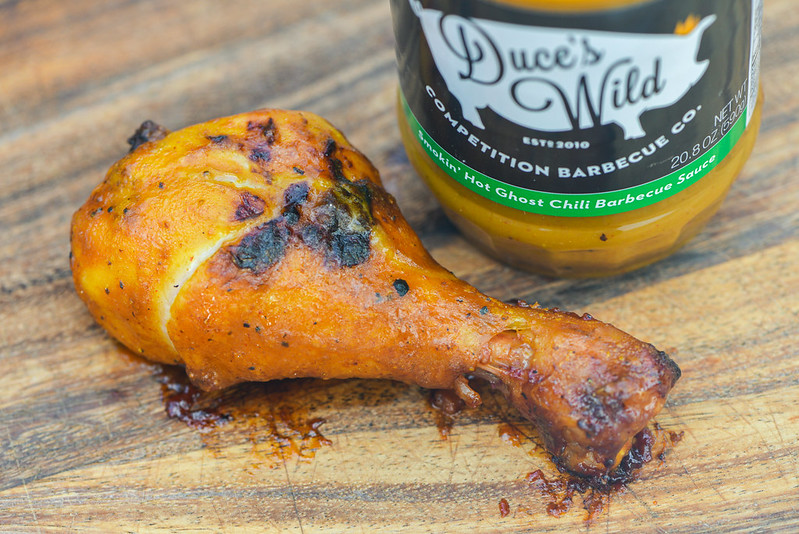 This sauce coated the chicken in a thin and even layer that baked down well over indirect heat. When moved directly over the coals, there was light caramelization and only minimal sauce loss. The flavor tilted a little more in favor of the sugar, creating a very balanced mixture of sweet, spicy, tangy, and pungent. You got the full spectrum of flavors tasted out of the jar along with a heat that still made the lips tingle, but wasn't so heavy handed that kept each bite from being enjoyable. This sauce notably also had no grittiness, which is something that many mustard-based sauces suffer from after being cooked.

Being a spicy sauce fan, it was the ghost peppers that drew into purchasing this sauce, but I wasn't expecting the depth and multitude of flavors I was in store for. Mustard can be a pretty dominant trait as a base, but this sauce uses its pungency to great effect, balancing it really well with the sugars, vinegar, and peppers. Out of the jar it packed a nice kick of heat, but I liked it even more after being cooked, where it delivered all the flavors in a better harmony, which tasted amazing on chicken, but had enough heft and heat to still work well on heavier meats like beef, pork, and lamb. It was only after writing this post that I learned Duce's Wild has eight different sauces, and if they're all as good as this one, I can't wait to try them all!