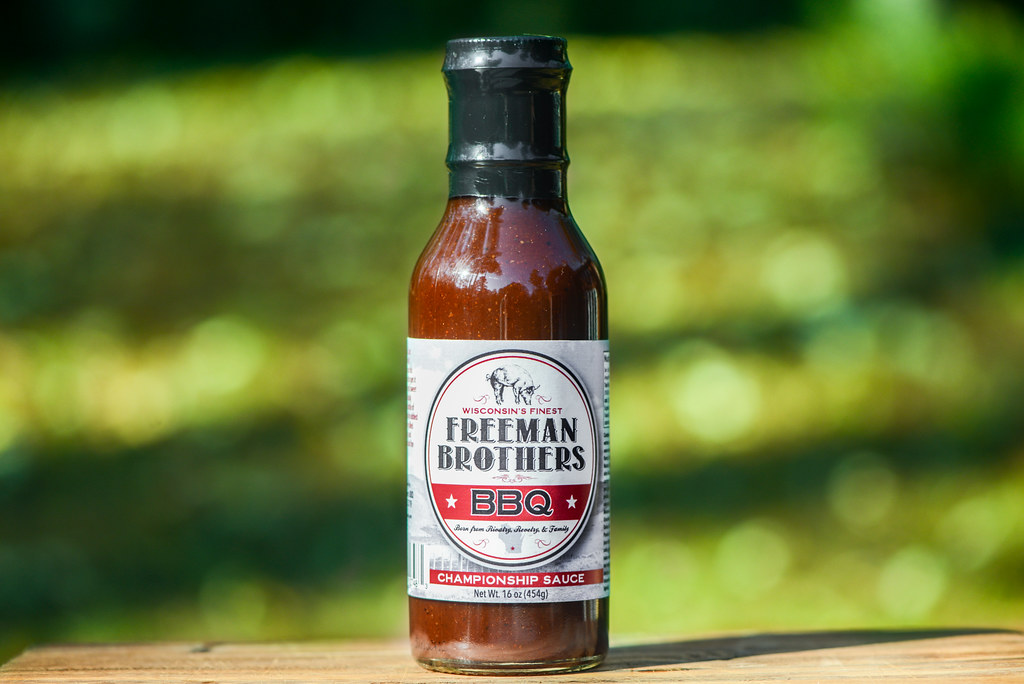 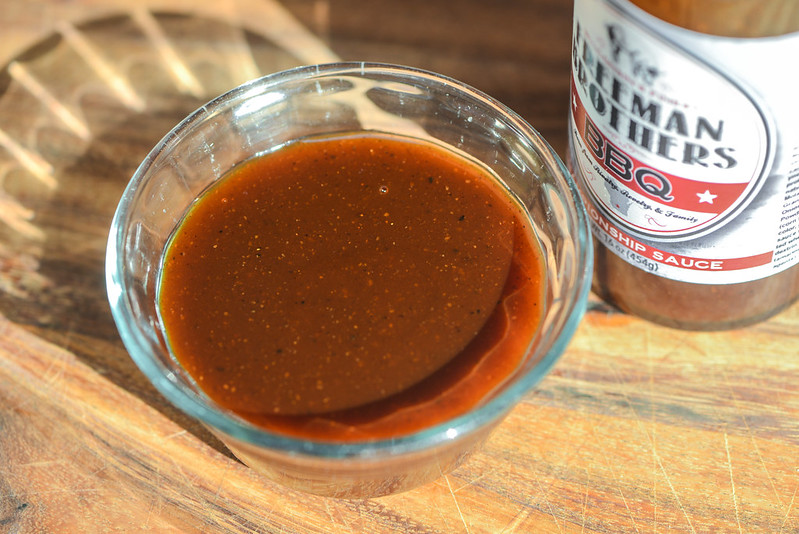 A little bit of sibling rivalry is what launched Freeman Brother BBQ when Pete Freeman purchased a smoker and started learning the craft, then his brother Aubrey wanted to one-up Peter, and jumped into smoking meats himself. That backyard hobby soon grew to weekends spent at competitions as a united team, and after a few years on the circuit, the two began winning big—racking up a few perfect scores, grand championships, and an invitation to the Jack. The brothers are based out of Madison, WI, where they now own and operate a food truck and catering business as well sell their competition sauce and rub.

Your nose fills with the aroma of a sweet and complex ketchup on first whiff of that sauce. Most of that complexity is coming from a distinct Worcestershire component with vinegar playing a strong supporting role as well. Onion and garlic powders are also prevalent, making up most of the dried spice profile, but there's a light chili smell in there, hinting at a little heat against an otherwise primarily sweet aroma.

This rusty red sauce is very smooth and has a reflective, glossy sheen. It's semi-opaque, making it easy to see lots of spices, most of them being very small specs that come in red, white, and black. The sauce has a medium-thin and syrupy consistancy that has it falling off a suspended spoon first in one big drip followed by a quick, steady stream of sauce. Once most of the sauce has released, there are numerous quick drips before all sauce stops flowing and a medium, transparent coating is left clinging to the silverware.

A syrupy sweet taste starts out the flavor profile. Although it's sugary, there's layers to it that taste like a combo of molasses and maple syrup. It doesn't take long for that strong Worcestershire component present in the aroma to add a ton of complexity, mixing with ketchup, which introduces a fruitiness to the party. As the sauce settles on the tongue, a faint vinegar begins to come out, followed by the spices with onion and garlic hitting first. Then as the tanginess increases, a background earthy smokiness comes in, which then turns spicy at the same time the tanginess increases, leaving a final aftertaste that's a great balance between sweet, tangy, and spicy along with continuing to carry all the other complexity too. 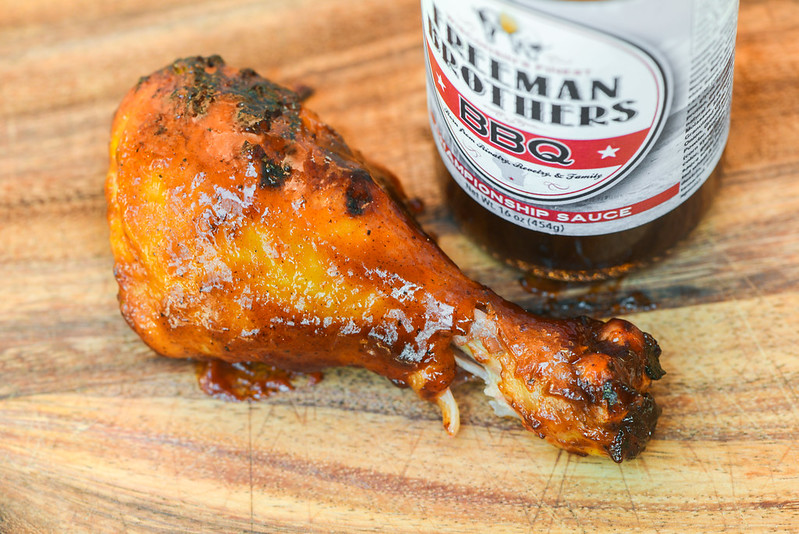 This sauce coated the chicken in a thin, even layer that baked down very well over indirect heat. When moved to direct heat, there was some light caramelization and just a tad of burn off, but most of the sauce stayed put. The flavor remained mainly the same as out the jar, with the leg having an upfront bright, sweet, and fruity character. The sugars were more pronounced, but all that tang and spice worked its way in after a few bites, delivering the entire flavor experience.

I have a preference for spicy, and while I give props to a good sweet sauce when I taste one, there's rarely one I want to keep eating spoonful after spoonful of, but that's exactly what I got with Freeman Brothers Championship Sauce. Because barbecue judges love sweet, a lot of competition sauces will tip the scales too heavily on the sugar, but Freeman Brothers does so in a manner that brings so much along with it by combining ketchup, maple syrup, sugar, and agave and adding in a hefty amount of Worcestershire that added complexity without diminishing that sweetness needed to win. That alone is an accomplishment, but this sauce also incorporates vinegar in a pleasing and balanced manner along with heavy-ing up on the spices, making the garlic, onion, and pepper components that can be masked in a lot of sauces, really prominent here. All of this is present both raw and cooked, making this sauce incredibly versatile—there isn't anything coming to mind right now I wouldn't want to put this sauce on. It was especially great on light flavored chicken, and would probably be equally excellent on pork, seafood, veggies, beef...I could go on, but you get the point.