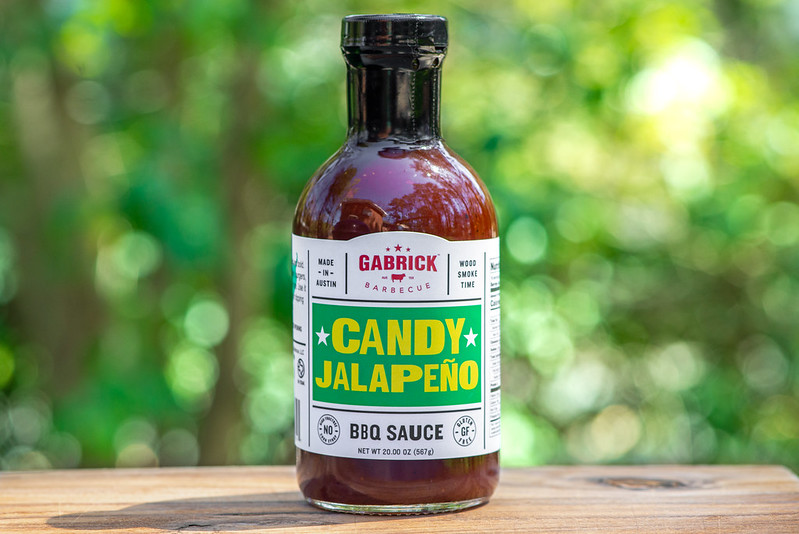 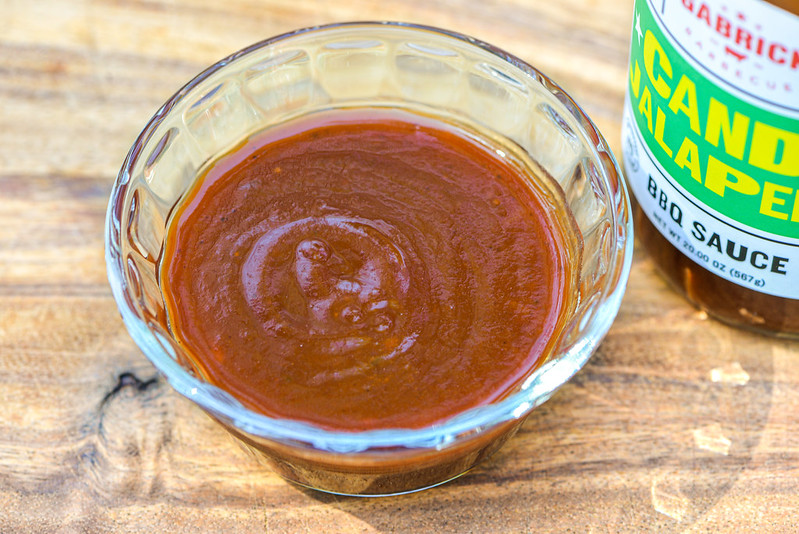 Gabrick Barbecue's story is first for this site—a barbecue company born out of the pandemic. Prior to covid hitting in 2020, Mark Gabrick had recently started smoking meats out of a food trailer in Austin. This was just after returning to the Lone Star state following a stint in Sarasota, Florida, where Mark founded and ran a barbecue joint called Brick's Smoked Meats. With the pandemic effectively shutting down his fledgling start-up in Austin, Mark needed a way to both keep business going as well as find something positive to throw his efforts into. So he began honing multiple sauce recipes and then started bottling and selling them online, as well as getting some relatively fast distribution in Texas via H-E-B stores. There's currently four unique sauces and various merchandise pieces as part of the Gabrick Barbecue brand.

An extra fruity and tangy sweet tomato aroma is the first thing to greet the nose when taking in a whiff of this sauce. That initial barbecue stamp gains more definition by the clearly discernible supporting players of Worcestershire sauce, molasses, smoke, and a spice layer that has the standard garlic and onion notes. There's a uniqueness to the aroma though that does come from a hearty dose of jalapeño, which is what enhances the fruitiness and creates a tingle in the nostrils that lets you know you're in for some heat.

This maroon sauce has a semi-glossy sheen and is mostly opaque. That may be why you can't see much spices except for some small white and black specs here and there. The sauce's thickness sits comfortably at the medium mark, while it has a syrupy and mostly smooth consistency, only broken up by bits of spice or onion. From a suspended spoon, the sauce first falls in one large drip that's followed by a fast and uneven pour. Three or four slow drips then release before the sauce stops flowing, leaving a medium coating left clinging to the head of the spoon.

A bright and sweet tomato flavor hits first and almost instantly gains depth and contrast by way of molasses, Worcestershire, and vinegar. This creates an upfront balanced barbecue profile whose players start to shift powers as the sauce lingers on the tongue and a vinegar tang intensifies at the same time the distinct fruitiness of jalapeño builds upon what the tomato had started. There's a fleeting onion taste and smoke enters the picture as the sweetness starts to take a backseat to an increasing tartness and heat that both reach a crescendo in the aftertaste that almost, but not entirely, drowns out the sugary tomato to create a lip and tongue tingling spicy aftertaste. 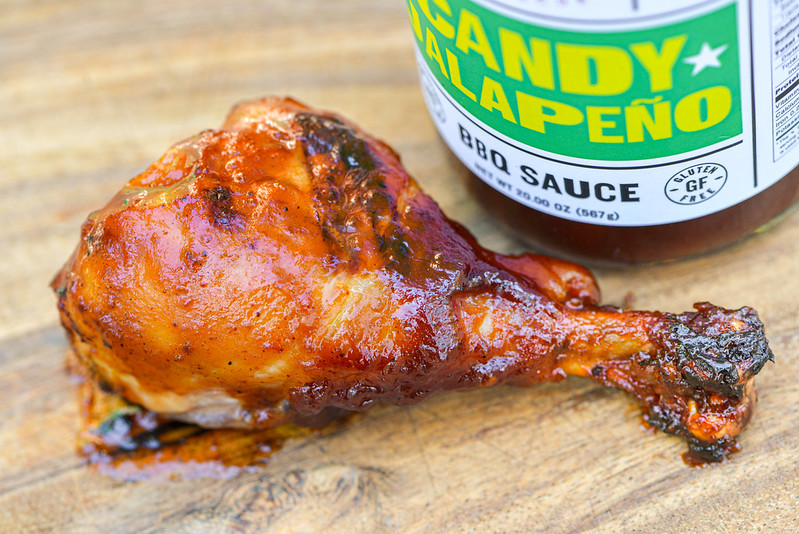 This sauce brushed onto the chicken in a medium, even layer that baked down very well over indirect heat. When moved right over the fire, there was attractive caramelization with no burning and only minimal sauce loss. The flavor pretty much spanned all the tastes you got out of the jar. The first few bites of the leg were noticeably sweeter, but retained the Worcestershire and molasses depth. After that, the jalapeño heat entered the party and provided a contrast that continued to strike a pretty even sweet and spicy balance from then on.

Mark kindly sent me all four of his sauces back in the winter, and I had been sitting on them since then, waiting for a pleasant weekend day to be outside and give them a try. Candy Jalapeño was my first of the lot and it certainly made that wait feel well worth it with an extremely well balanced sauce that had an exemplarily progression of flavors that I couldn't get enough of. It's a little hard to tell if the perfect score I'm awarding this may have been influenced by a high of also finally being able to be comfortably back outside and heading into prime grilling season, but I also really can't imagine this sauce getting any better. This isn't a sauce that's going to shatter perceptions of barbecue, but will make you feel so comfortably at home with its flavors that it's hard to resist eating spoonful after spoonful. The icing on the cake for me was the amped up jalapeño, providing a boost of fruitiness and strong heat that never became over-the-top, making it something that most folks who have at least an average heat tolerance can enjoy. This Candy Jalapeño recipe certainly set a high bar for the remainder of the Gabrick line-up, which I'm all too eager to try out now.