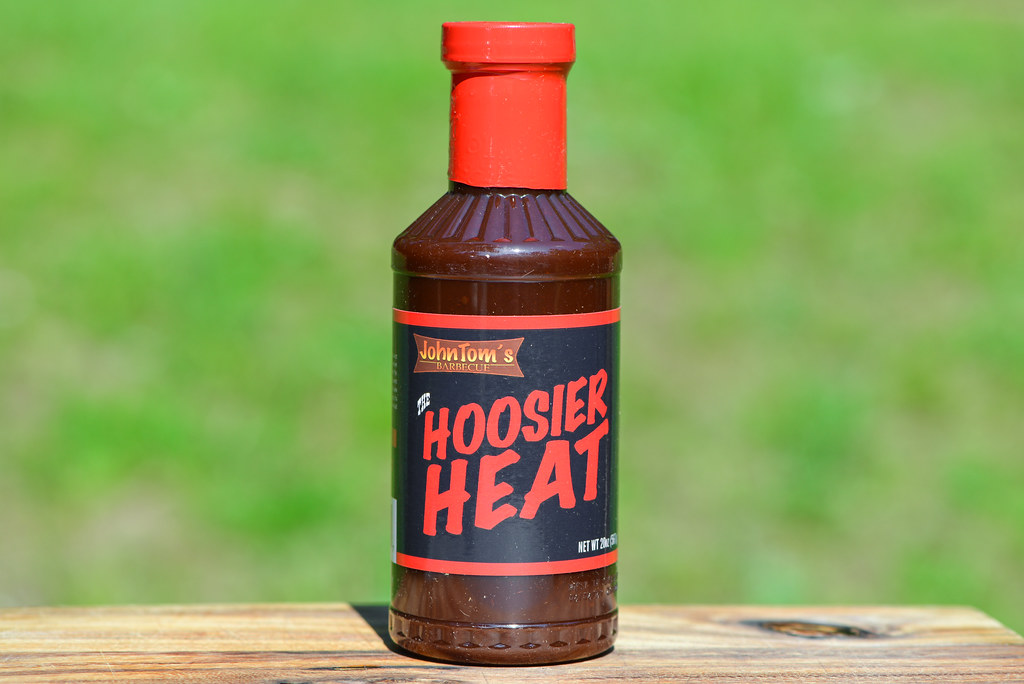 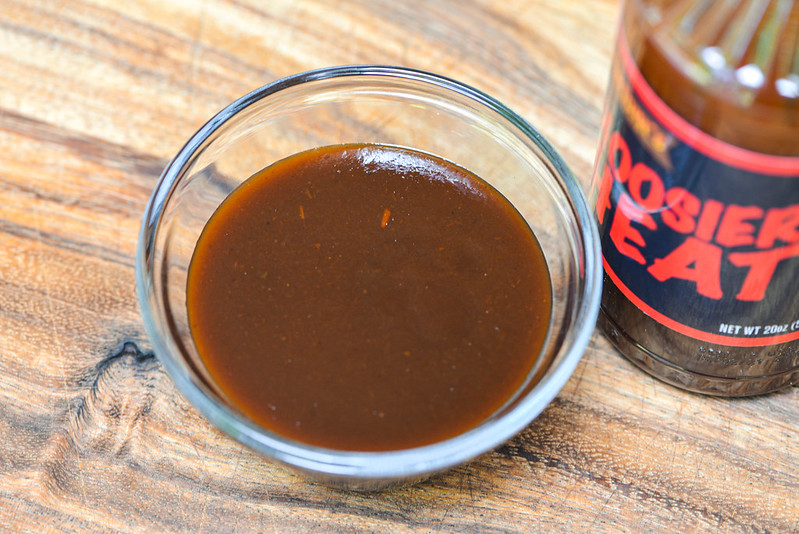 JohnTom's Barbecue is helmed by Lathay Pegues, but its namesake comes from his grandfather, John Tom Branson. John Tom had a passion for barbecue and developed his own beloved sauce. After his retirement from factory work, John Tom was in search for a location to open up a barbecue business, but passed away suddenly of a heart attack before he could fulfill on his dream. Lathay had found memories of his grandfather and his sauce, but never knew what was in it because the recipe had never been written down. While in college at Indiana University Bloomington, Lathay began to try come up with a barbecue sauce recipe the matched his grandfather's, and while he never quite got it exactly right, he came up with his own sauces in the process. He then teamed up with his cousin Terrell Cooper and friend Rodney Robinson to start the JohnTom brand in 2006, but the sauces didn't really begin to gain traction until 2014 after a budget-related job loss from a news station moved Lathay into working full time on his barbecue company. Today JohnTom Barbecue produces three unique sauces available online and in select stores throughout Indiana.

A strong sweet molasses aroma fills the nose of first whiff of this sauce. Sitting right behind that sugary start is a tomato base that has more of an acidic tomato paste-like character than a sweet ketchup one. This starts the mellow tang that's masked a bit by a more prominent Worcestershire, giving the sauce a lot of complexity. With a few deeper nosefuls, a medium smokiness becomes present with a spice layer sitting in the background that's comprised of garlic and onion along with a more pronounced pepper component, letting you know that you're in store for some heat.

This maroon sauce is smooth and has a glossy sheen to it. Because of its dark hue and opaqueness, its hard to see the spices except for a few large white specs here and there. The sauce's thickness sits right in the middle of scale while its consistancy leans towards syrupy. From a suspended spoon the sauce falls first in a large drip thats followed by a fast, uneven pour. Once most of the sauce has fallen, the stream changes to three to four slow drips then stops, leaving a medium coating of sauce left clinging to the silverware.

An equal mixture of sweet molasses and tomato start off the flavor here. It only takes a few seconds for the unmistakable taste of Worcestershire to enter in manner that cements the profile solidly as barbecue. As the sauce settles on the tongue, the tanginess of vinegar joins the party at the same time as the sauce gains a smoky character and fleeting tastes of garlic and onion, The acidity then really ramps up and the peppers work their way in to create a spicy and tangy aftertaste that leaves a good mouth burn along with some remnants of its sweet beginnings. 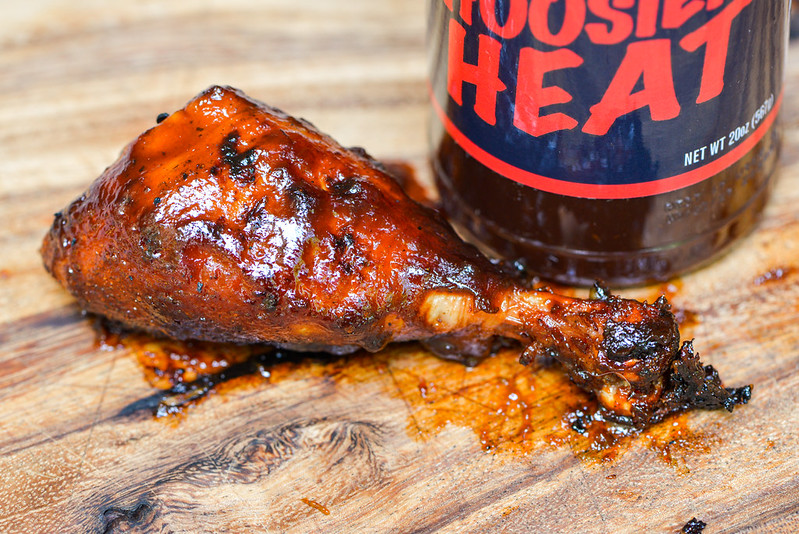 This sauce coated the chicken in a medium, even layer that baked down very well over indirect heat. When moved directly over the coals, there was only very minimal sauce loss and light caramelization here and there without any burning. The first few bites of the leg brought with them an exemplary sweet, tangy, and fruity barbecue flavor. The layers of complexity built up after a few more bites when Worcestershire came into play and a mellow heat added a contrast to the sweetness. The intensity of the spiciness never reached the levels tasted out of the jar due to elevated sugars, but it still was able to bring a little tingle to the lips.

I came across some praise for JohnTom's online recently and decided I needed to try their sauces. I got the three-pack that would let me sample all of their offerings, and being a lover of hot barbecue sauces, their spiciest recipe was where I decided to start and I was not left disappointed. Hoosier Heat certainly brought all flavors you're after in a barbecue sauce that were layered in a very pleasing, progression. Following the sweet molasses, tomato, vinegar, and Worcestershire, the heat was really just the icing on the cake for me, providing just enough mouth scorching power to make me happy without venturing into uncomfortable territory. I throughly enjoyed my chicken leg that was coated in this stuff, but thought this particular mixture of flavors would be even better on more hearty items like pork and beef, where the flavor of the meat can match that of the sauce, providing the best possible experience. 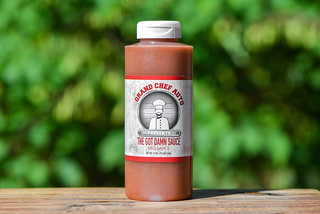