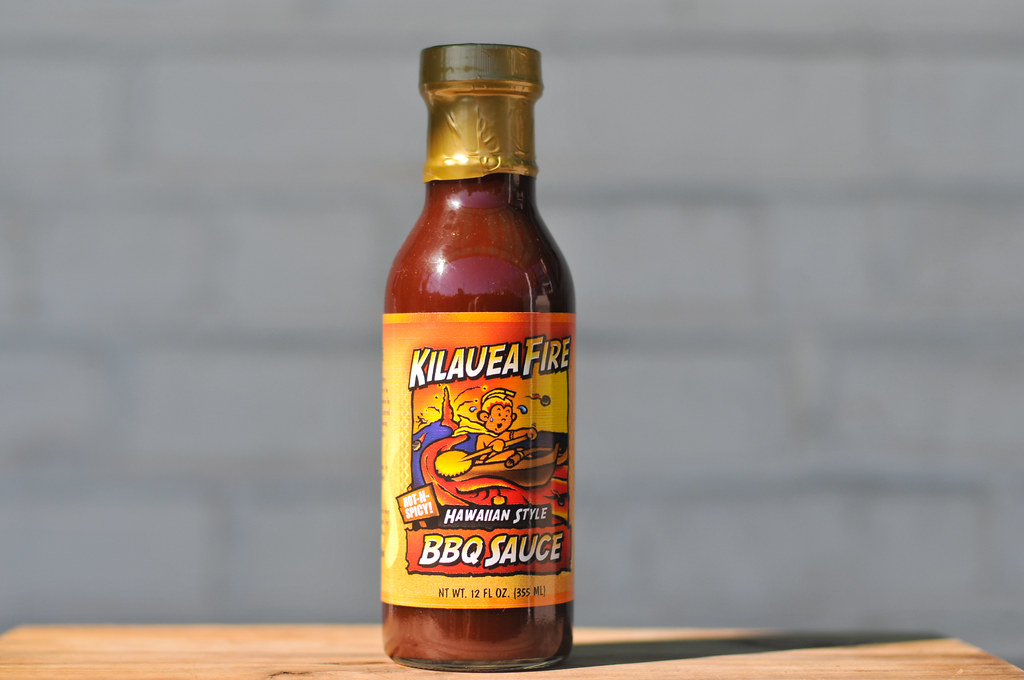 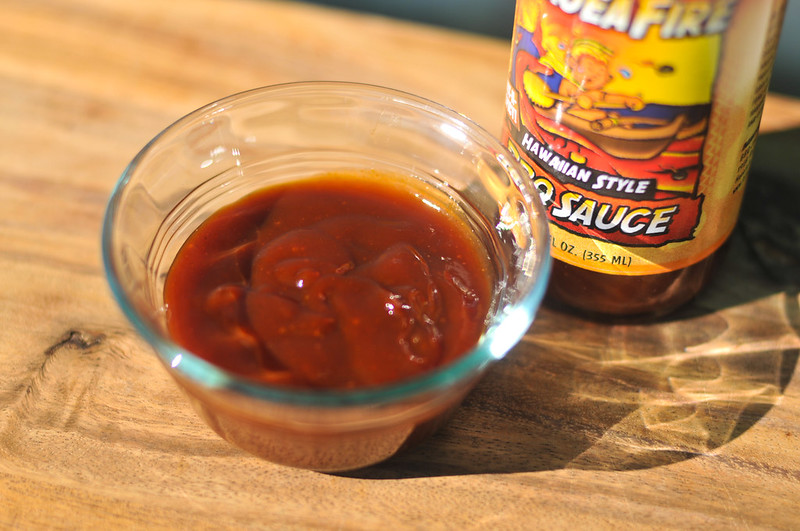 Long-time Meatwaver Kevin can never quite get his mind off the Meatwave. Even on his Hawaiian honeymoon, his spirit was never far from the meat, leading him to stash this sauce in his suitcase to make the long journey back to me. Kilauea Fire started as a flavor of potato chips in a line produced by the Hawaiian Chip Company. Started by James "JimmyChan" Chan in Honolulu, who was entrepreneurial pursuits were inspired by the likes of Emril Lagasse, Kilauea Fire was a fiery hot sweet potato chip flavor that was so popular that it was just begging to be made into a sauce. True to its volcanic namesake, Kilauea Fire BBQ Sauce sets to replicate the heat of molton lava with some island flare mixed in.

Imagine a more vinegary and complex ketchup and you get close to the smell of this sauce. There's a strong sweetness with tomato being the next dominate presence. There's a hint of fruitiness in there, and just as the sweet and tangy smell starts to leave you nose, there's a short hint of a spiciness that very briefly singes the nostrils.

This sauce is the around the same thickness and consistency of ketchup, just a little bit thicker. There are some discernable spices seen in the maroon, opaque sauce. When suspended on a spoon, this super smooth sauce first drops in a large glob, then what remains slowly drizzles off.

This is one richly layered sauce with a lot of extremes. The sauce first starts off incredibly sweet. There's a strong tomato flavor, but there's other things clearly at work here which include sesame and sweet potato. These flavors linger for longer than you might expect, but then get overtaken by a vinger tartness. This doesn't last long, as the heat is right around the corner, hitting hard and strong. With a fruitiness at the end, there's no denying habanero is playing a major roll in heat department. While I enjoy the flavors of the sauce, there was also something very manufactured about it that didn't sit right with me, including the heavy syrupy feel from both high fructose and regular corn syrups. 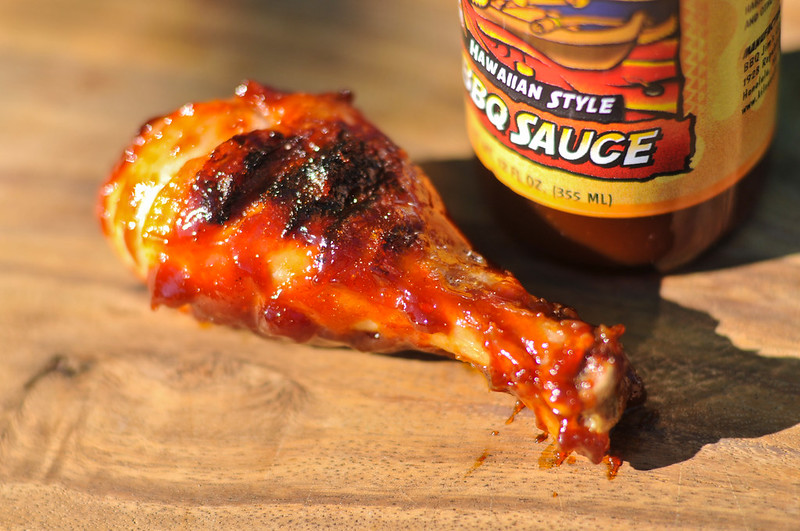 As I expect with the first sugary taste, this sauce quickly went from caramelized to burnt over a hot fire. Before being put over direct flames, the sauce did coat and bake in well, but a very watchful eye would be needed to prevent burning over direct heat. The flavor after being cooked was somewhat surprising. Hints of fruitiness out of the jar became more prominent, while the extra sweetness created by cooking it really pushed the strong heat back. The spiciness only hit at the end, leaving mainly my lips burning. It's also worth mentioning that this was incredibly sticky sauce, so better be ready to do some hardcore finger licking.

An interesting and forceful array of flavors ranging from super sweet, to tart, to incredibly spicy, should have sat well with me. Unfortunately, I think the over manufactured feel made this sauce less enjoyable than I would have hoped for. If you can get beyond that, it's a very interesting sauce to try with strong flavors that could hold up to almost any meat you want to pair it with. If grilling with it, just beware that the heavy amount of sugars means the sauce burns quickly and needs an attentive eye to ensure your grilled beauties don't turn to charred monstrosities.