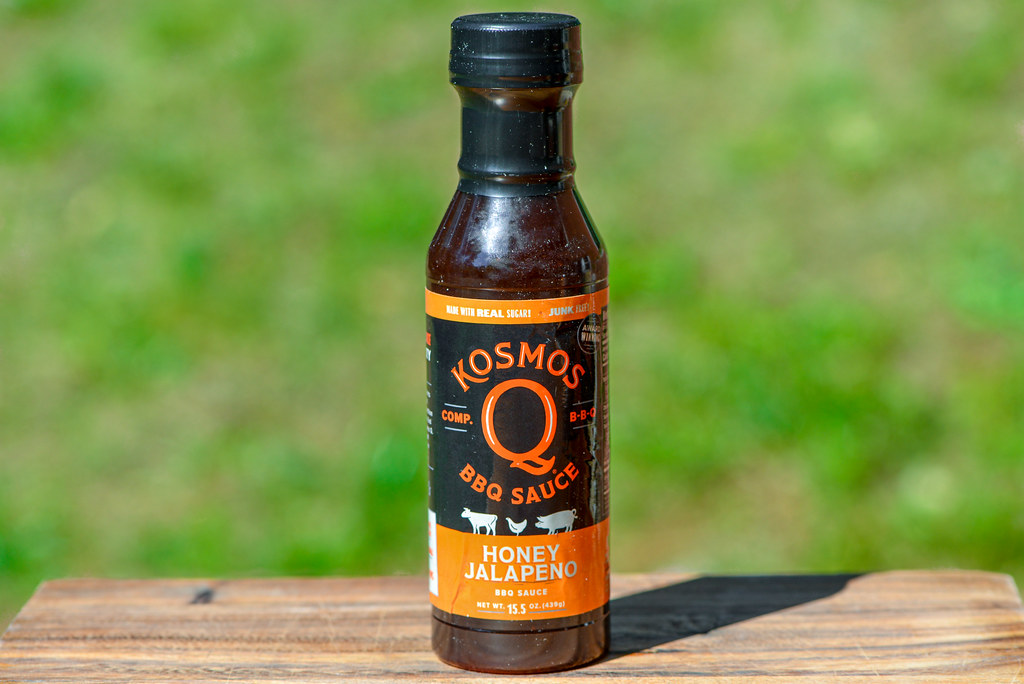 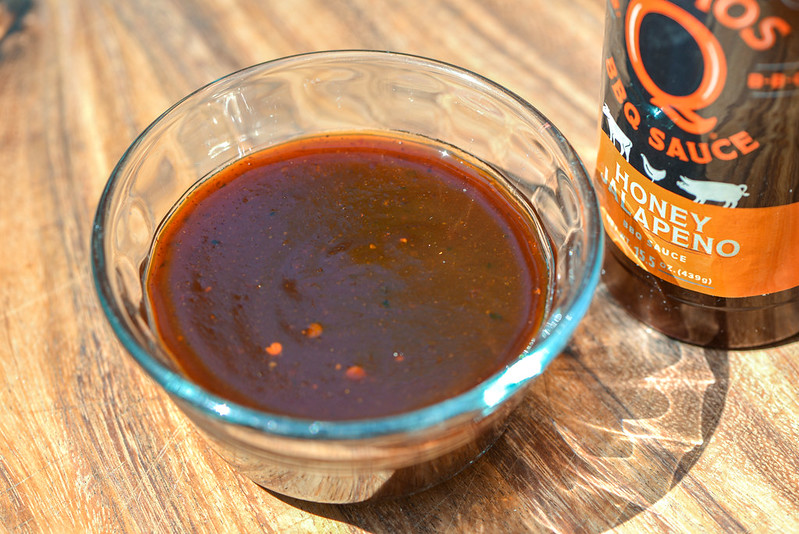 Kosmo Q's founder, Darian Kozz, is no stranger to the food industry having grown up around it his entire life—he was only 13 when he got his first taste of the barbecue world doing tasks like slicing brisket, rubbing ribs, and smoking birds at Wilds Fish Farm. It wasn't until 2003 though that Darian began his professional barbecue career when he started the Kosmo's Q competition team that went on to garner noteworthy accolades like multiple grand and reserve grand championships along with invites to the Jack, American Royal, and Chest-to-Chest World Brisket Cook-Off. In order to support his competition habit, Darian began slinging his sauces and rubs in 2009 and that business began to really take off for him. Based out of Tuttle, Oklahoma, Kosmo's Q now offers a vast variety of sauces, rubs, injections, and more that are sold and used in competitions and backyards all over the globe.

With the aroma having a very light touch, it requires a few deeper whiffs to even begin to start to get a sense of what's at play. The main element that comes out is a ketchup-like sweetness and fruity tomato that's given a boost of sugar by way of molasses and honey. A slight tingle on the nose hints that there's some heat to the sauce, but there isn't any real distinct peppery smell overall. There is, however, a hit of underlaying savoriness and sourness which has the hallmark characteristics of tamarind along with just a little vinegar harshness.

This dark maroon sauce has the slightest of textures to it and a very glossy sheen. While the hue is dark, the sauce is still semi-transparent and that lets you see a fair amount of spices, the most easy to make out being larger bits of black pepper and white pepper seeds. The sauce's thickness is just a tad above the medium mark and it has a thick, molasses-like consistency. This has the sauce falling in an even stream at a medium speed off of suspended spoon. There's a lot of slow drips before the sauce stops flowing and leaves a medium, transparent coating left clinging to the silverware.

The initial taste is all sweet and syrupy. There's some depth to that sugar though with both honey and molasses playing rolls to keep the sauce from venturing into corn syrup-like territory. It only takes a second or two for the tomato to come in and add its fruity stamp, then quickly complexity builds with some vinegar tartness and tamarind savoriness. At this point the fruitiness gets a boost—the ingredient list lets me know this is from peaches, but it's hard to taste a distinct peachy flavor here—while there's a background oniony spice. Jalapeños impart another layer of fruit next and then quickly turn spicy. The heavy sweetness from the start is still present, giving some balance to the initial heat, but by the time the sauce has left the mouth, that jalapeño kick is heavy and mixes with a slight smokiness to create a flavor that has some resemblance to chipotles. 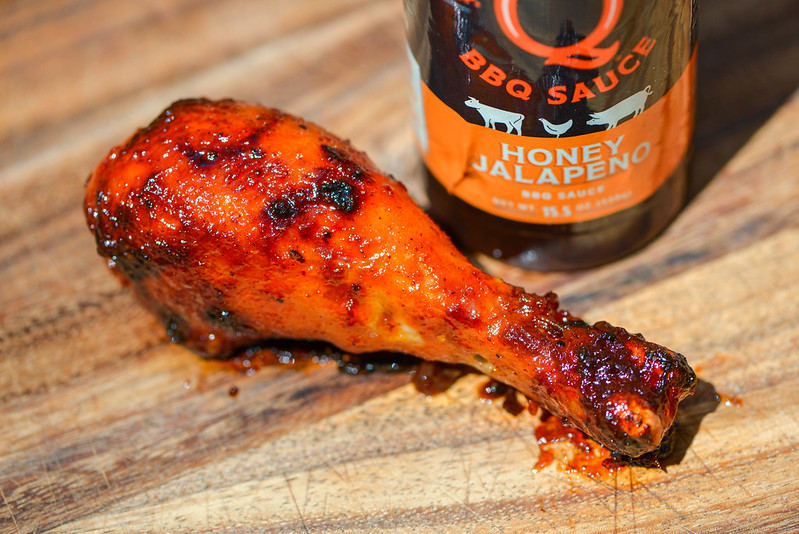 This sauce coated the chicken in an even layer that baked down exceptionally well over indirect heat. This led to no sauce loss at all over direct heat, while the sauce did pick up some spotty caramelization without ever burning. The first bites of the leg brought a sweet honey flavor with a mellow tomato taste and contrasting vinegar tang. This fairly standard barbecue combo didn't gain more complexity until a few more bites in when the jalapeño started to add a mild lip tingling heat and the tamarind added a background savoriness.

I really loved Kosmos Q Cherry Habanero sauce, like a lot, so I was stoked to keep trying more sauces in this line because it seemed like they had my flavor preferences pegged. I chose Honey Jalapeño on purpose to try to get another sauce that had a similar sweet and fruity profile with a pleasing kick of heat. This sauce had that, but with its more upfront and heavy sweetness, it wasn't working quite as well for me. "Not quite as well" is still pretty damn good though when consider the Cherry Habanero was a perfect score sauce in my mind. There was definitely more layers with better balances out of the jar than after being cooked, when the flavor of the sauce became more subdued. It still outputted a great piece of barbecue chicken, but I think this would be even better as a finishing sauce for wings. The lighter flavor after being grilled could make this sauce a bit too mild for brisket and other heavy meats, but it can take on the big boys out of the jar no problem—I think this sauce would be especially great as a burger topping.