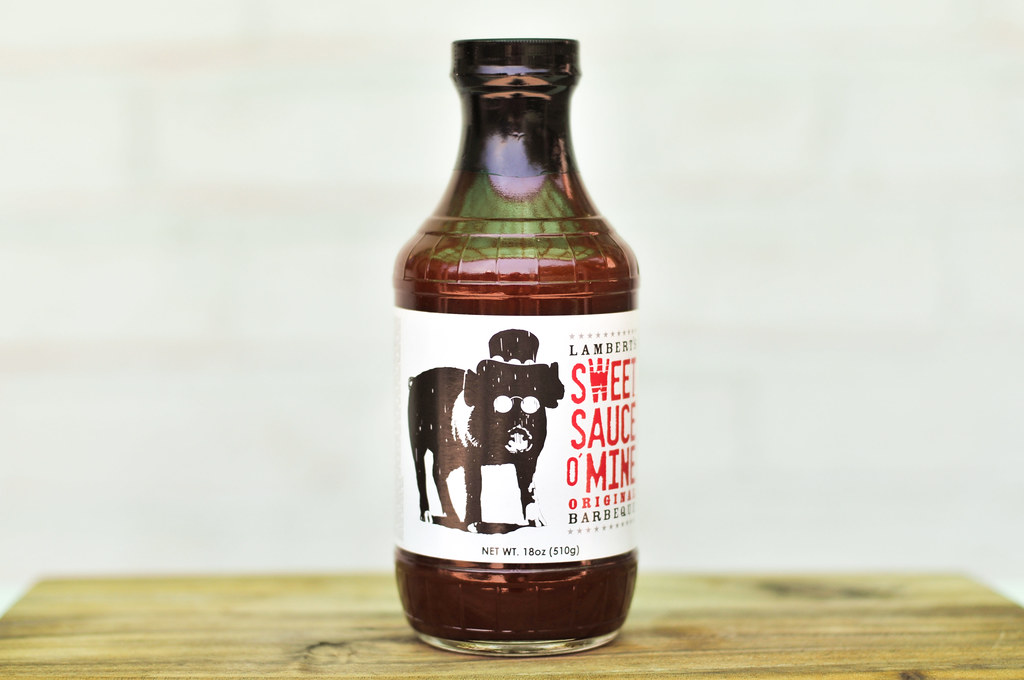 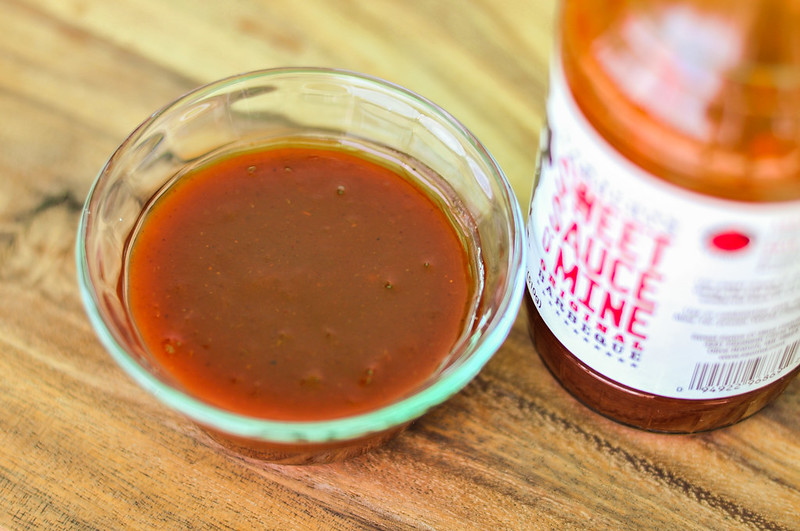 This sauce was generously gifted to me by Meatwaver Gunny. At first I thought it was a creation of the upscale Austin barbecue joint Lamberts, but some internet digging corrected that misperception and brought me the site of barbecue competition team Sweet Swine O' Mine. The team is currently headed by Mark Lambert, who first got into competition through a Memphis in May team run through his employer Bellsouth. When the company decided to put an axe to that team, Mark and some friends got together and formed Sweet Swine O' Mine (dubbed so after hearing Guns N Roses's Sweet Child O' Mine while trying to think of a team name). Since forming in 1998, Mark's team has gone on to win a handful of Memphis in May honors and now sells two different sauces and a rub.

The aroma fills the nose with a tangy and fruity sweet ketchup smell. The vinegar is just heavy enough start to singe the nose, but stays in balance with the other dominate players. There's a discernible mustardy undertone, as well as a light hint of Worcestershire sauce.

This burnt orange sauce has some hefty chunks of onion and garlic that break up the otherwise smooth appearance. Weighing in right at medium, the chunky bits make the sauce first fall off in a couple globs from a suspended spoon, which then gives way to a steady drizzle, and ends with a thin coating left encasing the silverware. The semi-transparent sheen lets a lot of small spice specs to be seen.

The sauce starts out the way it smells, with a sweet tomato ketchup flavor mixed with some fruity notes. There's a smooth honey flavor as well, but that gets overtaken quickly by the strong vinegar tang. As the vinegar settles, it start to burn, and that tingle on the tongue then transforms into a nicely spiced heat. Throughout, there's a definite onion flavor and little hits of garlic here and there. 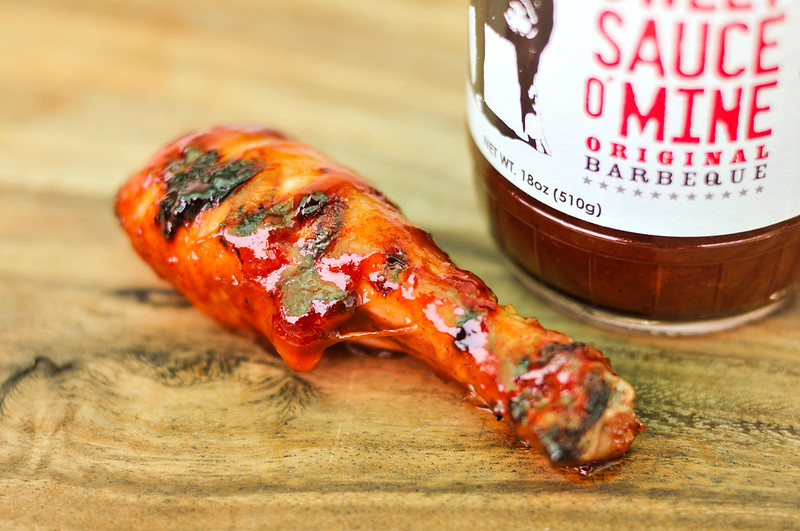 This sauce coated the chicken well, with some light caramelization and charred bits where the sauce touched the grill grate. The flavor tipped more to the sweet side, with a sugary honey flavor lasting longer than out of the jar. While the fruit and tomato sweetness persisted, a nice kick of spice came out right at the end, leaving a sweet heat lingering on the tongue.

I was really digging this sauce. It built layer upon layer of flavor, where standard tomato ketchup was given some nice depth with fruit and honey, followed by a vinegar tang and distinct onion, and finally a complex heat from multiple spices. All throughout the journey, every flavor complimented the last, and nothing was so overpowering that it hid what came before or what was coming next. I did prefer the stronger vinegar flavor that was prevalent out of the jar, but scaled back after cooked. Still, the sauce performed great in both instances, and I think it would be the perfect all purpose sauce for chicken, ribs, pork, burgers, seafood...you name it!