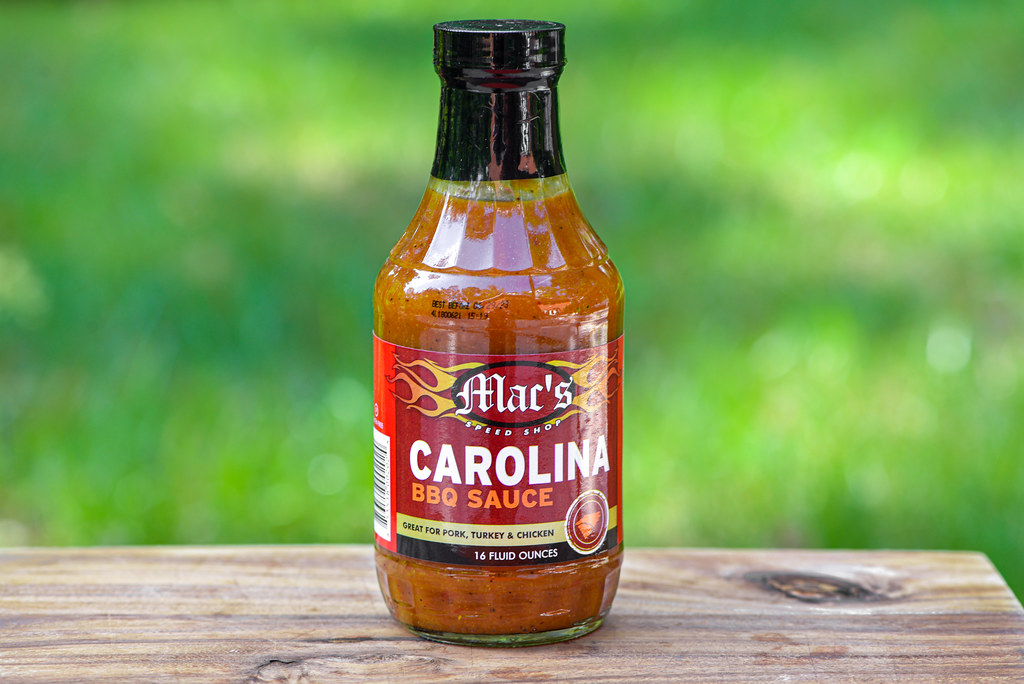 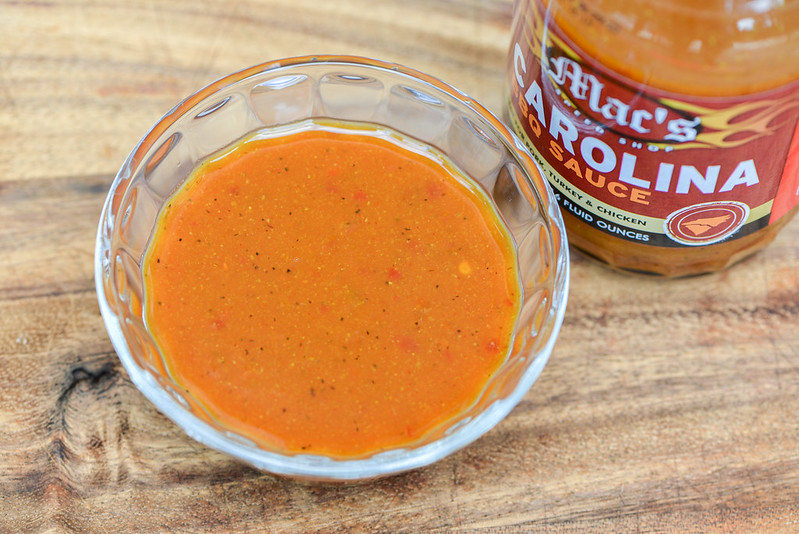 Mac's Speed Shop's path to barbecue came by way of beer and motorcycles. Those were the two shared interests that rose to the top of list when six friends—Andy Cox, Hal Kempson, Hall Johnston, David Jewell, J. D. Duncan, and Wynn Davis—were huddled together, deciding what type of business venture to enter together back in 2003. Their shop was going to need food though, and barbecue fit the bill nicely, which is what they chose to sling when they opened up their first joint on South Blvd in Charolette, NC in 2005. Their concept proved popular, and the group have continued to open up a new Mac's every two or three years. They currently clock in with eight establishments with Kevin Kuruc at the helm of pitmaster duties, who also competes under the Mac's name and has added awards to back up the already successful brand. Beyond the restaurants, Mac's also sells four different sauces and three rubs online and in select groceries throughout North Carolina.

A mustard and vinegar duo start out the aroma of this sauce. While the sharpness and pungency of both are present, neither is too strong, which keeps the nose from tingling as you might expect it might. Behind the mustard sits a light fruity tomato which has just a touch of sweetness that is overpowered by a multi-faceted and heavy pepper presence that gives you a clue that you're in store for at least some heat in the taste. More barbecue complexity comes out with a deeper whiff that includes mild touches of Worcestershire, garlic, and onion.

This rusty orange and glossy sauce is semi-transparent, making it easy to see a ton of spices in white, orange, red, and black in all different sizes. The sauce has a watery consistency and pretty thin thickness, which has it falling almost all at once off of a suspended spoon, followed by many fast drips and few slow ones before ceasing and leaving a very thin layer of sauce left attached to the silverware.

A mellow pungent mustard starts off the flavor profile, and before it gains any sharpness, a light sweetness quickly comes in, with a tomato back-up. That only lasts a split second though before the vinegar takes over and adds tartness and lets the mustard gain more prominence, adding in a sharp bite. As the sauce settles on the tongue, that tang increases while the Worcestershire and spices add depth that, like the sugar, is fleeting. This is due to both the vinegar and peppers taking over and making the final moments and aftertaste tongue-tingling sharp and spicy. 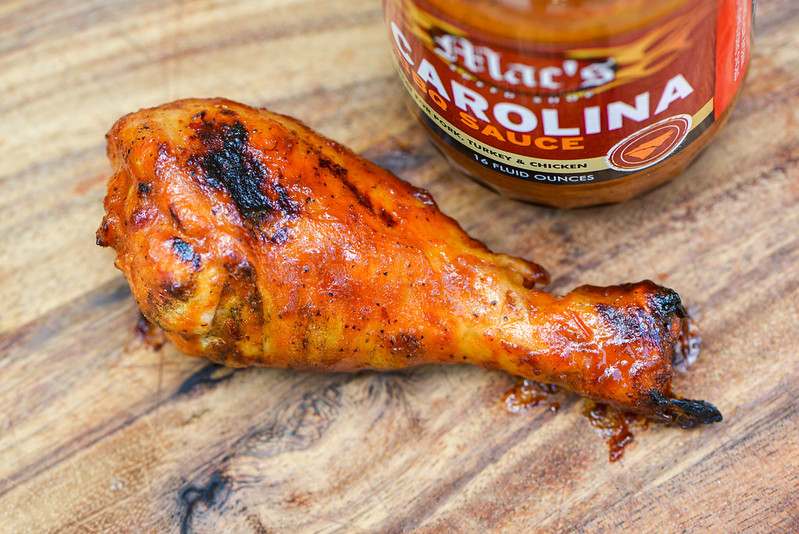 The thin and even layer of sauce that brushed onto the chicken stayed in place and baked down well, which allowed a good layer and color to build up after multiple brushings. This also translated to very little sauce loss over direct heat and only light caramelization in spots. The first bite of the leg had that light pungent mustard flavor tasted out of the jar, but with the sweetness turned up a few notches, it remained more subdued and balanced at first. A couple more nibbles released the vinegar tang and the barbecue complexity from the spices and Worcestershire, as well as a mild heat. By the time the chicken was done, that tang and heat was more present, but still well balanced with the mustard and sugars.

It's important to note that this sauce is merely labelled "Carolina." It doesn't have a north or south designation, nor an east or west, and what you get is pretty much an amalgamation of all regional styles from across both states, and it works incredibly well. Eastern North Carolina vinegar sauce has its uses and place, but if I wanted to cook more generally with a vinegar and pepper heavy sauce, I would certainly reach for something like what you get out of this bottle that delivers those traits, but with more common barbecue footings, like Worcestershire, tomato, and mustard. It works well out of the jar and would be great paired with pulled pork and brisket, but you might not think of a watery sauce like this for use on the grill. So I was pleased to find that it not only clung to the chicken and baked down well, but also delivered a potentially even better flavor after a boost in sweetness provided more balance to make it a sauce that could find pretty universal love. 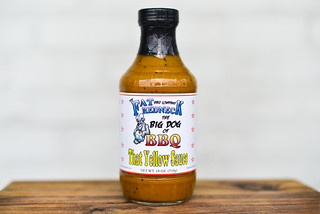