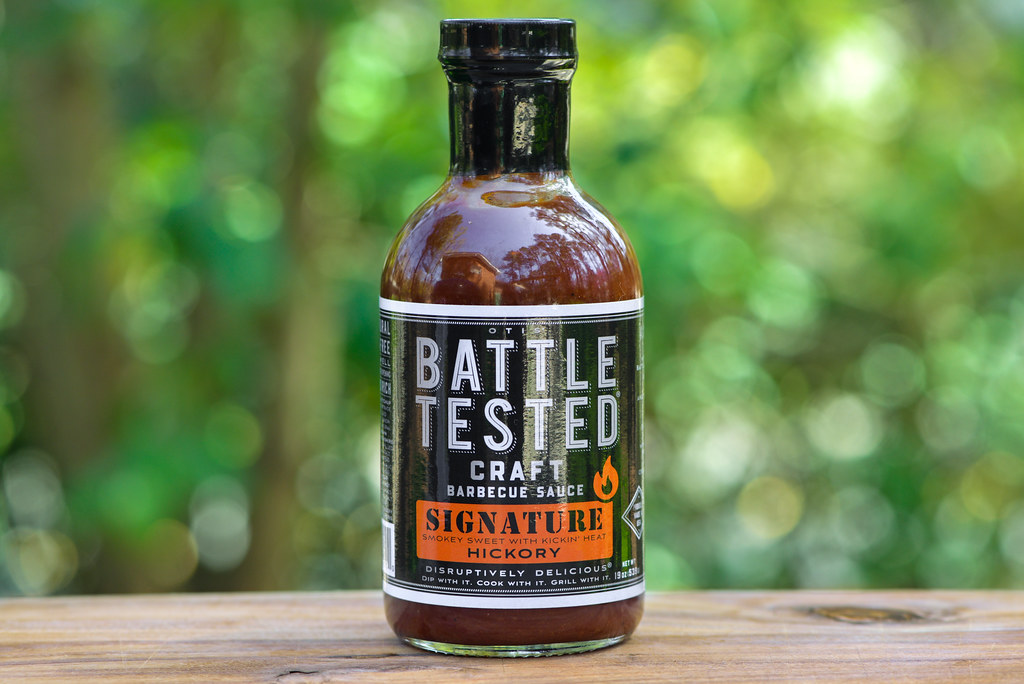 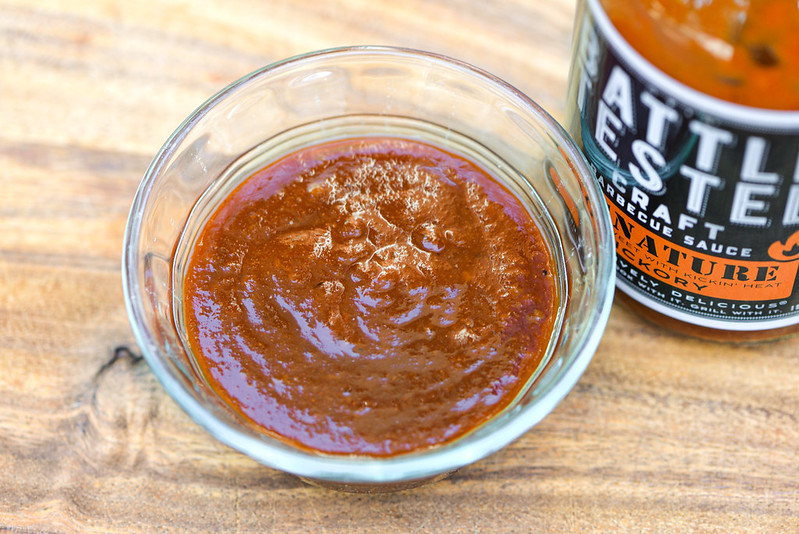 Mike Otis's grandmother first develop their family's barbecue recipe in the 1920's, which was passed down from generation to generation thereafter. Mike so wanted the recipe growing up, but his father said he had to wait until his 21st birthday to be entrusted with it. At that milestone, the recipe was finally passed down by way of a 3x5 index card nestled in his birthday card. From that point on, Mike started cooking the recipe, tinkering with as he went and honoring the family tradition of sharing the sauce with family in friends. After some urging by those who got to partake in the sauce, Mike decided to start bottling and selling it in 2019 under the brand Battle Tested. The brand name not only evokes the Otis family's dedication to US military service, but also is part of an effort to give back to the veteran community by donating 5% of the profits to a non-profit that does work to prevent veteran suicide. Battled Tested is run out Mike's home locale of Raleigh, NC, and its four sauces can be found online and in stores throughout North Carolina with some additional locations carrying it in Virginia, Tennessee, South Carolina, and New York.

A very familiar strong smoky and tangy tomato character is the first thing to hit in the aroma. A deeper whiff helps cut through the dominant vinegar and bring out the sweet molasses and Worcestershire, which combine to further cement the standard barbecue profile. The boldness here hides the more minor players, but with some more time taking in the sauce, notes of onion and celery come out as well.

This rusty red sauce is semi-glossy and opaque, but in bright sunlight you can still make out lots of medium white and orange spice specs. The sauce's consistency is akin to a thinned tomato paste, while it has a texture to it from bits of spices and/or veggies. Pair all that with its medium thickness, and that translates to the sauce falling in a fast and chunky pour from a suspended spoon. Only once most of the sauce has fallen does the stream slow to a few final drips and a medium coating of sauce is left clinging to the silverware.

Out of the gate, this sauce delivers a balanced sweet and tangy deep tomato flavor. As the sauce settles on the tongue, first the sweetness dials up a notch while Worcestershire comes in and builds a lot of savory complexity. Then molasses enters the party along with the spices, providing the common onion and garlic combo, but with celery added into the mix. All this happens quickly and it's not long until the vinegar tang really ramps up with a natural smoky flavor combined. Then, as the sauce exits the tongue, a medium heat is released and that melds with the tang, smoke, and lingering hefty tomato to leave a "bold" barbecue aftertaste. 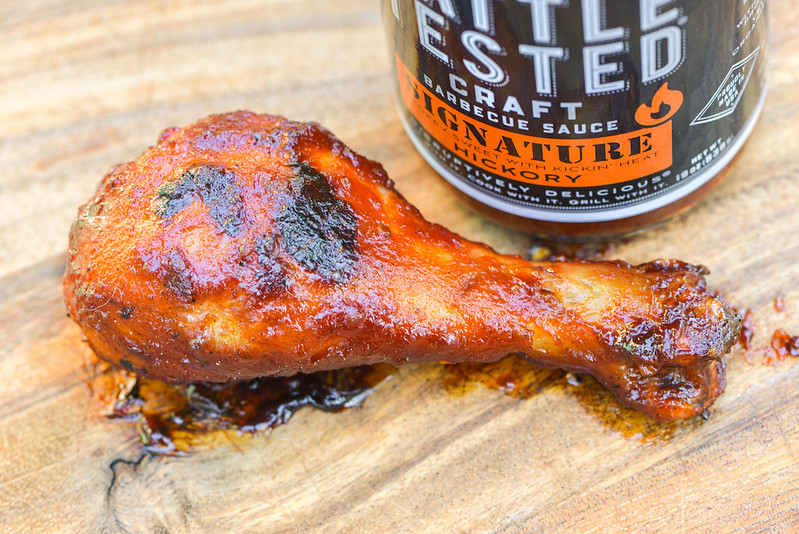 This sauce brushed onto the chicken in a medium, even layer that baked down a bit unevenly at first over indirect heat, but became more even after a couple subsequent applications. When moved directly over the hot coals, there was quick caramelization with some blackening, as well as a bit of sauce loss, which had me brushing on one final layer at the end to get the most ideal coating. From the first bite, that full robust and layered profile was accounted for, including the tangy and sweet tomato, smokiness, and savory Worcestershire. Even with a lot happening early on, more flavors entered the party as the leg was consumed with the spices making themselves know after a few bites, then the heat kicking in about halfway through. That heat was more mild at first thanks a little increased presence of the sugar, but it almost reached the same level tasted out of jar by the time the leg was done being eaten.

I picked up my first bottle of Otis' Battled Tested Sauce from the grocery store and wrote up a review of that. Mike Otis saw that post and offered to send me the rest of his sauces to try out, and I happily obliged. I was impressed with the natural smoky flavor of the Signature Mesquite sauce, but I found this Signature Hickory to be even better. The two sauces are fairly similar, delivering a bold and robust barbecue profile that's instantly recognizable and comforting, but hickory has a more mellow smoke that melds even better than the mesquite did, and the mesquite already was already doing a bang up job. This sauce delivers such and ingrained barbecue flavor in such a quality manner that it's hard to think of anything this wouldn't taste good on. It will overpower lighter meats like chicken and seafood, but that's part of point of this sauce—to deliver a big barbecue taste. That strength makes it even better suited though to stand up against hearty items like a well seasoned rack of ribs or beefy brisket, short ribs, or burgers. No matter what, if you're looking for a good smoky barbecue flavor, Otis' Battle Tested Signature Hickory is going to serve you well. 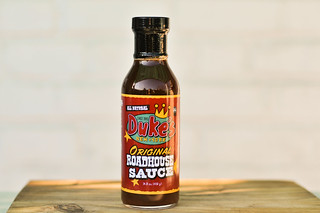