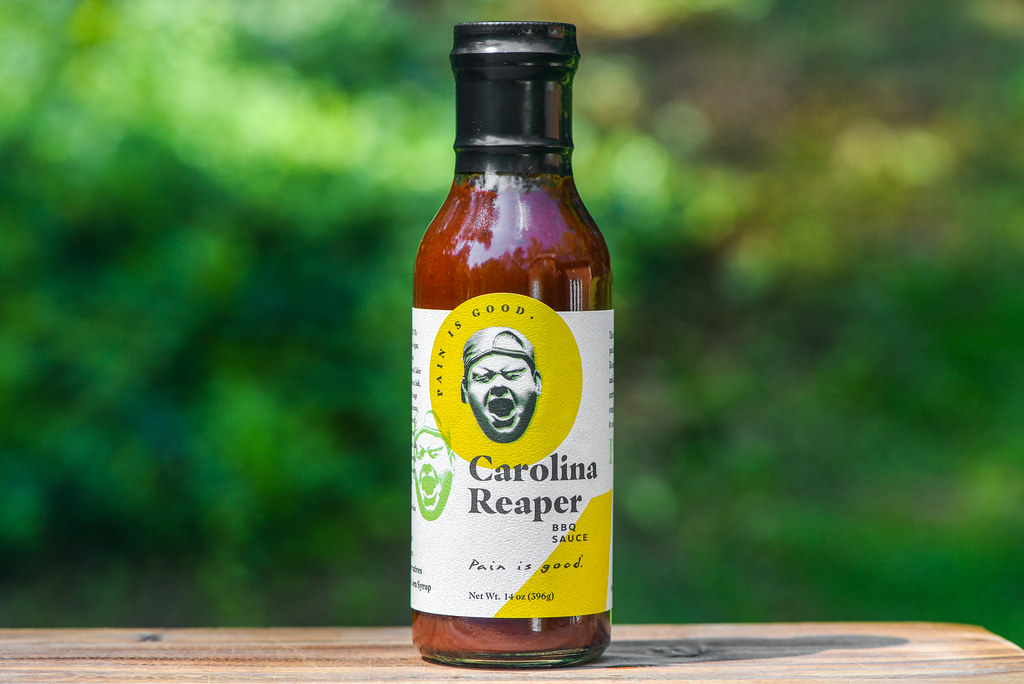 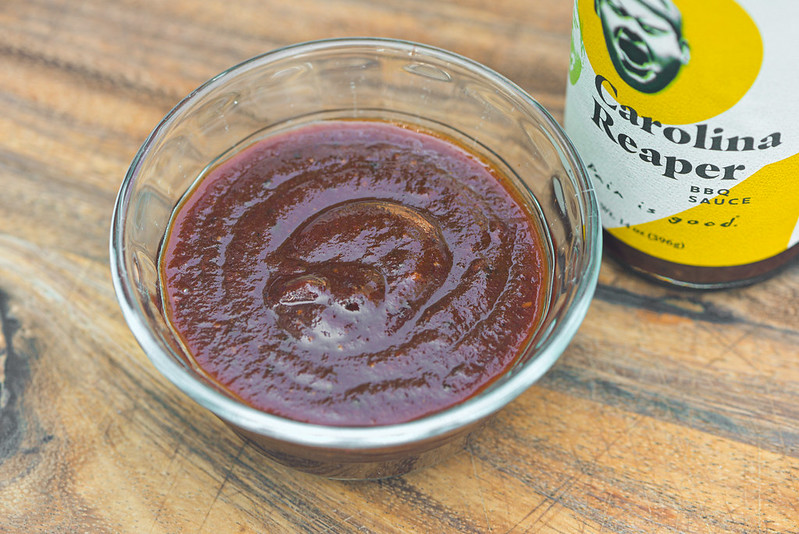 You are more likely to know this sauce's producer, Spicin Foods, under its former name, Original Juan Specialty Foods. Original Juan got its start in 1999 out of Kansas City when Joe Polo began producing small batch hot sauces and salsas. The company quickly grew, and in 2002 moved to a larger space and already boasted 13 brands with over 150 sauces. As part of a strategy to weather the economic downturn in 2009, Original Juan expanded again to include both co-packing and private label opportunities. With solid footings, the company was purchased by Scott Morse in 2018 and renamed Spicin Foods. It still creates the brands and sauces it was previously known for, but Morse has plans for further expansion of an already prolific company.

An acidic tomato aroma greets your nose upon first whiff of this sauce. The medium tang mixed with fruitiness imparts a tomato-paste quality, while there's an additional strong peppery component that further tingles the nostrils and hints at the heat to come in the taste. With a few deeper smells, the supporting players make appearances, most notably a mustard pungency, garlic, and sweet orange.

This maroon sauce is semi-glossy and has a heavy texture to it. It's opaque and dark, but you can still see a fair amount of spices in varying colors and sizes, with larger bits of chili powder and black pepper. The sauce has an almost salsa-like consistancy and is medium-thick. From a suspended spoon it falls in a number of fast drips and then mostly ceases, with just one or two smaller drips releasing, leaving a medium coating of sauce left clinging to the silverware.

There's a fleeting sweetness to start off this sauce, which turns acidic quickly and mixes with tomato to deliver a tangy, tomato paste-like flavor. As the sauce settles on the tongue, tastes of mustard, onion, and garlic create complexity before the pepper begins its all out assault. Unlike many sauces, there isn't an initial fruity or earthy taste to the pepper, it comes in spicy and and just gets more so, reaching a mouth burning crescendo that left me we a hiccup reaction that took awhile to relent. A little tangy tomato can still be discerned in the aftertaste, but it's hard to think about anything else except that powerful Carolina reaper heat. 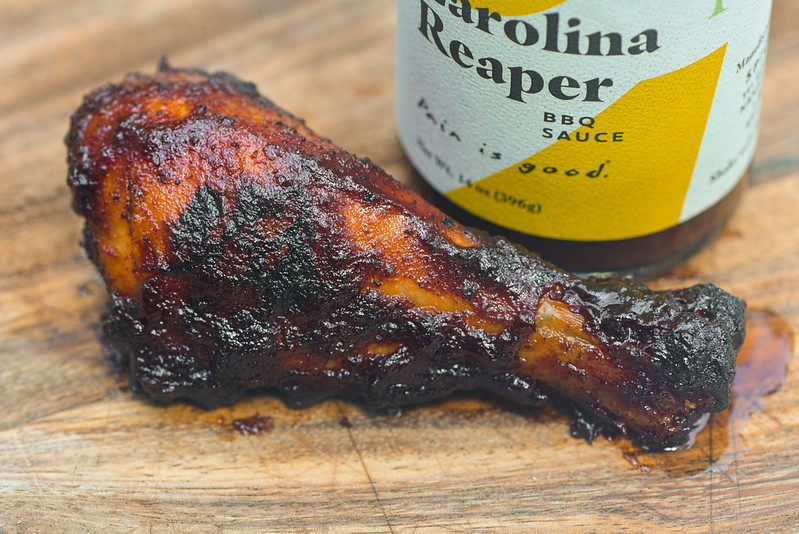 This sauce coated the chicken in a medium, uneven layer that didn't bake down much during the time it spent over indirect heat. This translated to a lot of sauce loss when moved over direct heat, but what did stay put saw some nice caramelization without any burning. A final coat and little more time on the grill was needed to create a more hefty sauce layer prior to digging in. Like out of the jar, the flavor was mainly acidic tomato to start, with those garlic and oniony notes coming out sooner. The first few bites had a pleasing heat, but after that, the intensity of the pepper built up to tongue and lip tingling levels, although it wasn't as strong as it was in its raw state. The progression from tangy tomato to heat did happen faster, leaving some of the more nuanced traits hard to taste, such as mustard and orange.

I realized it's been awhile since I've reviewed and really spicy sauce and wanted to correct that and also get my fix of heat in. I may have over compensated though when selecting bottles for this round of testing by buying a Carolina reaper sauce, thinking the highest heat level would be just what I needed. In the end, this sauce certainly delivered the mouth scorching spice I was after, but the intensity that the Carolina reaper had was at the expense of the rest of the flavors of the sauce. The fact that this sauce was light on sugar and heavy on acid didn't help things, creating more of an imbalance to the tart and spicy without contrasts to provide a more harmonious flavor. Still, the flavor on the whole was good and of quality, and if you love hot sauces and really spicy foods in general, this just may be a top barbecue sauce for you. It certainly makes good on a promise of heat from Carolina reapers, and that can season just about anything you want it to, although with lighter meats like chicken and pork, be prepared for an all acidic tomato and chili flavor and not much taste of what this sauce is applied to.