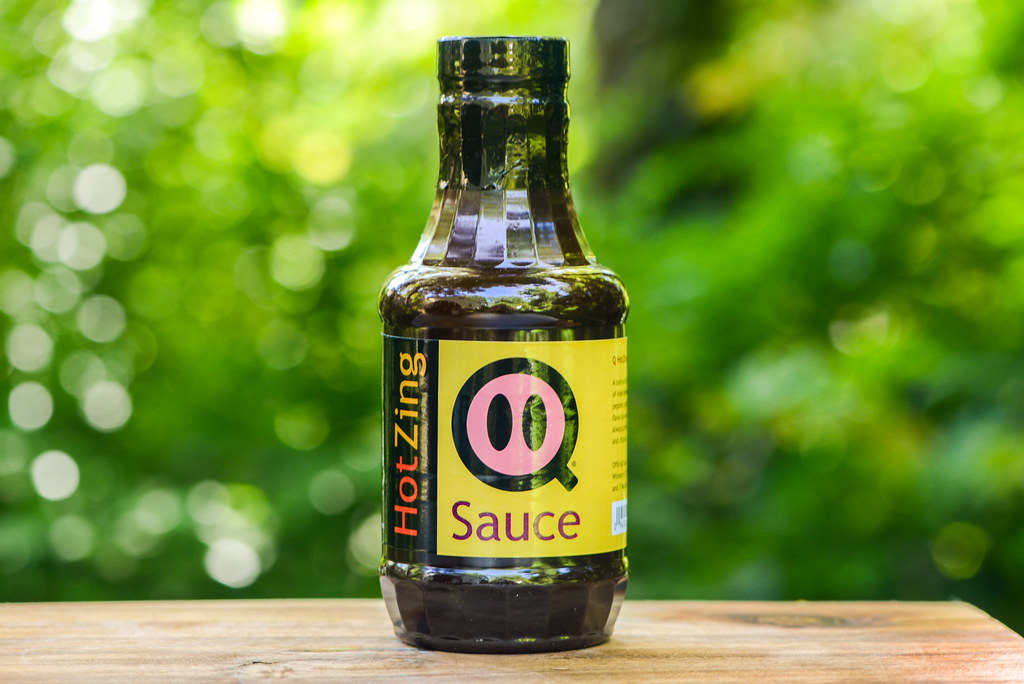 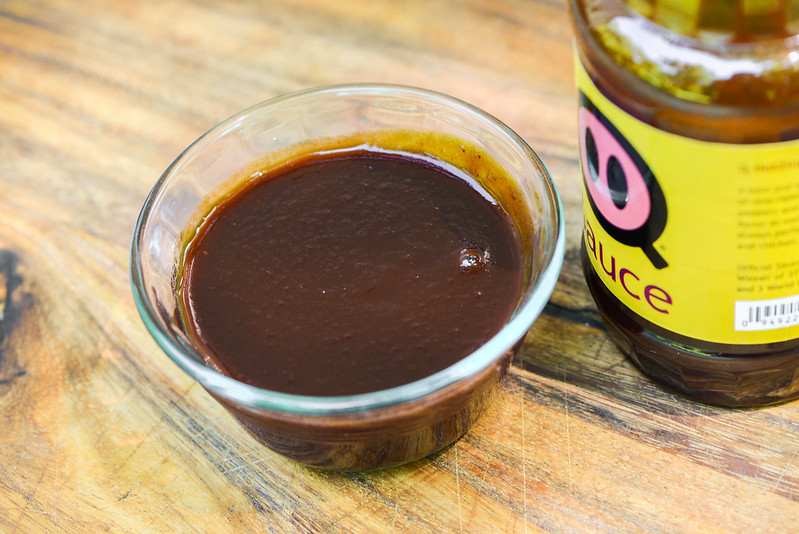 If you've paid any attention to competition barbecue in the last 5 or so years, you undoubtably have heard of the man behind this sauce, Tuffy Stone. After a stint in the Marines, Tuffy, also known as "The Professor," began his culinary career, which resulted in the creation of his own catering company. In 2004, his love for barbecue led to the formation of his competition team, Cool Smoke, which went on to win numerous championships and make him a notorious name on the circuit. Tuffy then became a featured judge on the show BBQ Pitmasters and also founded a restaurant, Q Barbeque, which now has three locations in the Richmond, VA area.

Tangy molasses—that's the best way to describe the first whiff of this sauce. It has a deep, sweet tomato base that's paired with a slightly stronger vinegar to give it a very tart character. While the molasses does a lot to add depth in the aroma, there's also Worcestershire and a light smokiness that both create additional complexity and ubiquitous barbecue characteristics. There's a mild chili aroma that seems more earthy than spicy.

This sauce is dark maroon and opaque, making it difficult to see any spice specs in it. It has a consistancy that sits right in the middle on the thickness scale and a slight, tomato paste-like texture. The sauce has a fast, uneven pour from a suspended spoon that's quick to slow to a few final drips, and leaves a medium-thin coating of sauce left clinging to the silverware.

Like with the aroma, this sauce has a heavy molasses tilt at the start. There's only a mild sweetness that's quickly overtaken by an intense wave of vinegar. As the sauce turns tart, Worcestershire and onion flavors come out, following by an earthy chili spice. Next that chili turns both spicy and smoky, reminiscent of chipotles. The spiciness really kicks up right at the end and leaves a pretty fiery mouth along with a continued tart molasses flavor. 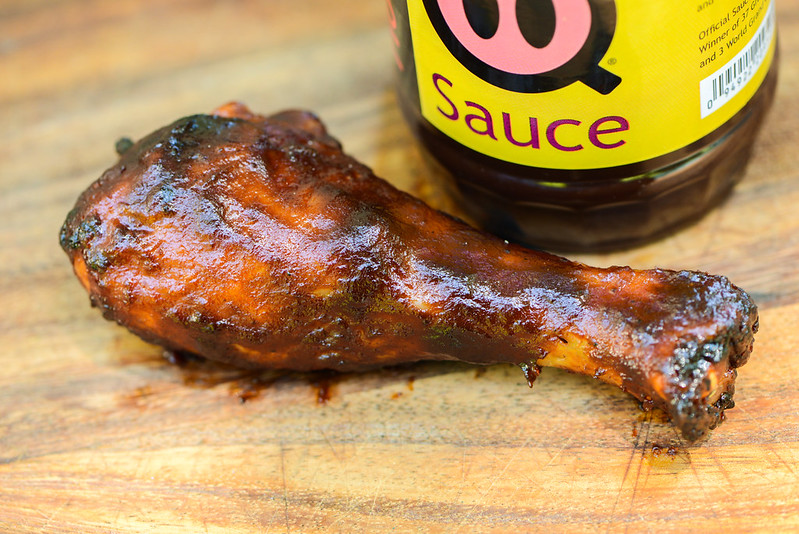 The sauce coated the chicken in a medium, slightly spotty manner. It baked down and evened out well after multiple brushings over indirect heat. When moved over to direct heat, there was a little burn off and light caramelization. The flavor tilted slightly sweeter after being cooked, which put it in better balance with the tanginess and heat. This left the sauce packing less of a punch, but it maintained enough of a kick to earn its "hot" label. The heavy molasses and tomato also remained, which created an overall pretty standard, well layered, barbecue flavor profile.

I knew after moving to NC that I'd be making semi-regular trips up to my home state of VA, and also knew one of the first things I wanted to do on one of those road trips was to stop at Tuffy's Q Barbeque for a meal. It didn't take me long to do so, and both my wife and I left impressed with what he was serving, and I picked up a couple bottles of sauce while there as well. Like with a lot of sauces, I tend to be a little more into them at the actual restaurant when I'm not dissecting them for a review. Hot Zing still found my favor though, although it feel a bit more into the top of "standard" barbecue sauce territory with it's pretty familiar molasses, tomato, sugar, vinegar, and heat profile. It hit the right notes, delivered the promised "zing," and preformed well on the grill, making it suitable to be "Pretty Damn Good," but not distinct enough to push into the higher echelons of really outstanding sauces. If Q Sauce Hot Zing was readily available to me, I wouldn't hesitate to slather it on my smoked chicken, pork butt, ribs, or brisket—it has the power and right barbecue profile to make any of those items great.